‘The Secret Commonwealth’ review: A welcome return to Lyra’s world

The Secret Commonwealth is a majestic return to Lyra’s next chapter with all the magic, folklore, and fantasy only Philip Pullman can provide.

There has never been a time in reading Phillip Pullman’s books where the adults, and by extension adulthood, provided a sense of comfort and security. Rereading other novels from a time where children’s adventures captivate both the mind and spirit, it sometimes strikes me that, well, maybe the adults had a point — maybe children should not be running around without supervision on dangerous missions that leave them close to death.

Then again, adults should not be hoarding children to run experiments on them or doubling down so deeply in their misguided beliefs that their loss of open-mindedness leads to all out wars.

That is never the case when you return to Pullman’s His Dark Materials series. We inhabit the world of Lyra (for the most part), seeing events unfold through her eyes, rallying behind her decisions and accepting that, rightfully so, this world simply cannot stand as it is. Flight and fight are in near constant control, leaving an open-mindedness that is enviable.

As a reader, running alongside Lyra is not a bad place to be. There is a veil of innocence and a pure compass by which her decisions are guided, even if at times she gets in her own way. Lessons are learned, but only when the child is believed and trusted.

And as the novels grew from The Golden Compass to the multiple worlds shown to us by Will and Lyra in The Subtle Knife, to the eventual loss of connection to the aletheometer and Will in The Amber Spyglass, Lyra takes us from a position of intuitive connection to the world and everything needed to understand it, to a place where skill and practiced ability must take over.

In Pullman’s highly anticipated return to Lyra Silvertongue, The Secret Commonweath is no longer looking upon a version of the world through a child’s eyes, but it is still looking at one forever changed by a child. As Lyra returns to us, a student now at St. Sophia’s College under the watchful eye of Malcom Polstead, Lyra embarks on a new adventure that kicks open the door for members of the novels (and short stories) to make their way back into Lyra’s life and reshape what we thought we knew about our heroine and Dust.

There is a world of hidden things and hidden relationships. Not every answer can be found on the shelves of Oxford or given by the divine guidance of the alethiometer. And every relationship, both founded and in passing, open up more of Lyra to us and herself.

“The problems and concerns of adult people are not necessarily the same as the ones they had when they were young. ‘Lyra and Malcolm,’ as I say, ‘are not children anymore.’”

It’s easy to say, “Oh, this is the book about adult Lyra.” I do not believe that is true. There is no line that says, “Welcome, you’ve officially become an adult.” Adulthood is not defined by the passage of time, the achievement of a degree, or the ability to live and work apart from one’s parents or guardian. The arbitrary time may feel like it never arrives, but for the case of Lyra, being 20 means entering a time of her life where she can carve out her space in this world.

She is navigating these new avenues of communication, both spoken and unspoken, and how misunderstandings can inform what Lyra thinks about herself and what others think about her as well.

The veil is closed for her — closed off from Will, closed off from the alethiometer, and closed off from herself. She’s no longer off on some grand adventure, looking for ways to see and connect with other worlds. So, she turns to books, fills her head with the ideas of others at the cost of flooding herself with unoriginal thoughts and no conclusions of her own.

This is best reflected by her fractured relationship with her dæmon Pantalaimon. While Pan is a separate being, he is tied to her soul, identity, and makes her whole in the eyes of the watchful public. Separation, especially after the events of The Amber Spyglass, is not something that sits well with me as a reader. 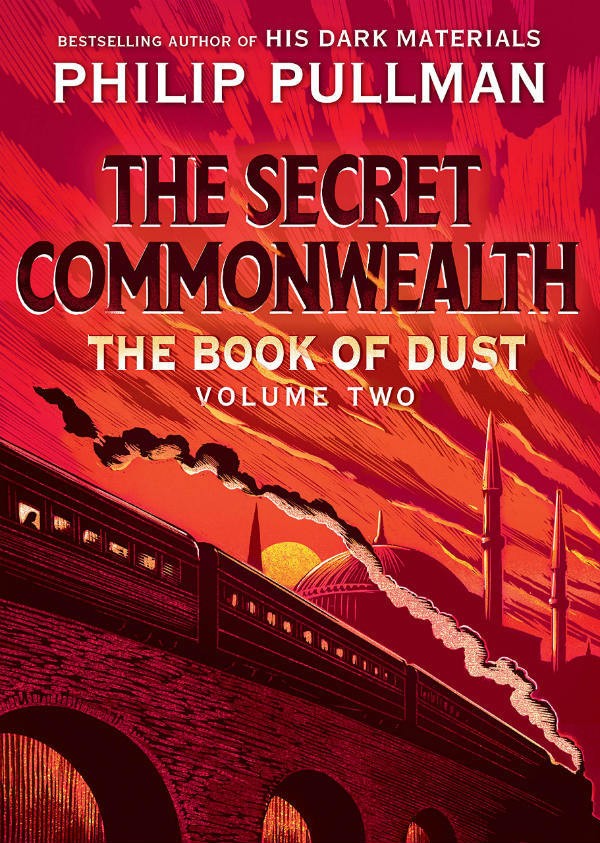 Lyra is fighting not with a friend or family member, but with a piece of herself that she does not like. All the blame she places on Pan, she is placing on herself. Only this part of her can fight back, argue against the choices that she makes and keep pushing guilt and memory upon her in relentless fashion. College is a time for experimentation, so why not experiment with separation?

'The Book of Dust' review: A masterful return to Pullman's mythical world

As heartbreaking as it is to see this relationship crumble, the crux of the novel depends upon its undoing. And Pullman takes you through the ringer with the confrontation that would rival any fallout between a beloved couple. For every morning that she finds herself comforted by Pan being close, just as quickly come the waves of endless to-do lists and the creeping unease that the fights from yesterday are not gone with the night.

And while one mystery looks to strengthen their bond, it winds up leading to their undoing. Imagination is what Pan accuses Lyra of losing and it is what Lyra will need to rediscover outside the confines of Oxford. She needs to go back to a time where polar bears wore armor and sap could be used to see Dust. And when she realizes that she does not have that companion, no matter how sullen he started to become, logic goes out the window and her instinct to run takes over.

There are several mysteries sewn together — a murder, a network of dæmon-less humans, and the hidden world that lies just out of reach.

As with Pullman’s other works, there is a substantial amount to unpack as themes run under the words on the page. Corporations are taking over institutions, refugees are flooding the streets of Prague and beyond thanks to overwhelming displacement, and, like the earlier books, experimentation gone wrong are forcing people into hiding.*

*This leads to one of my favorite bits of the book — The Furnace Man. A delightful tangent that ties beautifully into the larger adventure Lyra navigates in search of answers about Pan, Dust, and why people are still out to get her.

As she makes her way across continents, weaving in and out of countries, she interacts with new faces while old names linger in her brain and drive her ever more forward on her journey. Without Pan to reflect back what we see in Lyra, Pullman leans on building out these secondary characters in rough sketches, letting Lyra fill in the blanks through her words and thoughts.

While Pan may be gone, our Lyra is not. She is messy, throws caution to the wind, and is painfully becoming self aware that people are looking to her for answers she may not have.

Adulthood is overrated, and I’m happy to find myself still growing alongside Lyra as she figures out who she is when a larger world is looking to her for answers because of the person they believe she is.

I was hopeful that this was going to be an up-all-night perfect return to my childhood. But at 600 pages, and many years under my belt, I was happier settling in over the course of several evenings, letting the new and familiar waves of Pullman’s words wash over me. And the arrival of the conclusion cannot come fast enough. This is a series worth tackling multiple times, especially after a reread of Lyra’s Oxford and His Dark Materials series.

The Book of Dust series cannot be separated from His Dark Materials, but it does carve a special place for itself — nothing is only itself, after all.

For a bonus treat, be sure to check out the audiobook version of The Secret Commonwealth read by Michael Sheen.

The Secret Commonwealth by Philip Pullman is on sale now. Order it from Amazon, Barnes & Noble, IndieBound, and Book Depository, or add it to your Goodreads list!