‘The Mandalorian’ series premiere review: The finding of innocents

Bounty hunting is a complicated profession in The Mandalorian series premiere.

What happened on ‘The Mandalorian’ series premiere?

A taciturn Mandalorian bounty hunter saves a bar patron, only to take him in for bounty and freeze him in carbonite along the way. Turning in his captures to bounty guild leader Greef Carga, the Mandalorian is displeased by his cut (he rejects worthless Imperial credits) and tries to collect as many new assignments as possible. Carga instead directs him toward a dangerous but well-paying in-person commission, which the Mandalorian accepts.

The Mandalorian meets with the client and his twitchy accomplice, Doctor Pershing. The client has stormtroopers as guards and offers a brick of Mandalorian iron, beskar, as down payment. There will be much more where that came from if the bounty hunter can take their quarry alive, and a reduced fee for proof of death.

The client can offer little information on where to find the bounty other than its age (50 years old) and its last known coordinates. He muses that it’s good to return the beskar to its rightful owners after all the chaos.

The Mandalorian brings the beskar to a fellow Mandalorian, who forges a pauldron for him (though his “signet” has not yet been revealed). He donates the rest of the valuable metal to her, which she will use to support the local foundlings; recalling that he was once such an orphan, the Mandalorian experiences flashbacks to being hidden by his parents in the midst of a violent attack on civilians.

Landing on a new planet, the Mandalorian is attacked by local creatures and rescued by the Ugnaught farmer Kuiil. Kuiil says he will help lead the Mandalorian to his quarry’s encampment, though every prior bounty hunter attempting the capture has died.

The catch — the bounty’s location is extremely difficult to reach, and the Mandalorian must ride one of the beasts along the way. He struggles to tame his ride, but manages to calm it and mount when Kuiil reminds him of the great Mandalorian past.

Kuiil drops the Mandalorian off at the compound, hoping he can restore peace to the region. The Mandalorian sees that he has been claim-jumped by IG-11, a bounty droid, who takes out the defenders of the compound yard, leaving the rest to seal themselves inside. The droid agrees to split the bounty with the Mandalorian, and — after several moments of extreme peril — they take out the remaining compound defenders.

Inside the compound, the Mandalorian and IG-11 discover a pod that contains their bounty. The Mandalorian is unnerved and confused to see that the tiny asset is 50 years old; unmoved, IG-11 prepares to terminate the slow-aging creature.

Which turns out to be a green, wide-eyed infant of Yoda’s species, gazing at its captors with exquisite innocence.

For most of its briefer-than-expected runtime, The Mandalorian feels like a combination of an open-world video game and Star Wars dress-up.

It certainly seems like the people orchestrating this drama and wearing these costumes are having a good time. But it’s like they’re doing so on their own; the emotive glee that often characterizes Star Wars, even in its darkest moments, struggles to cross the boundary of whatever screen you’ve found that will successfully stream Disney+. 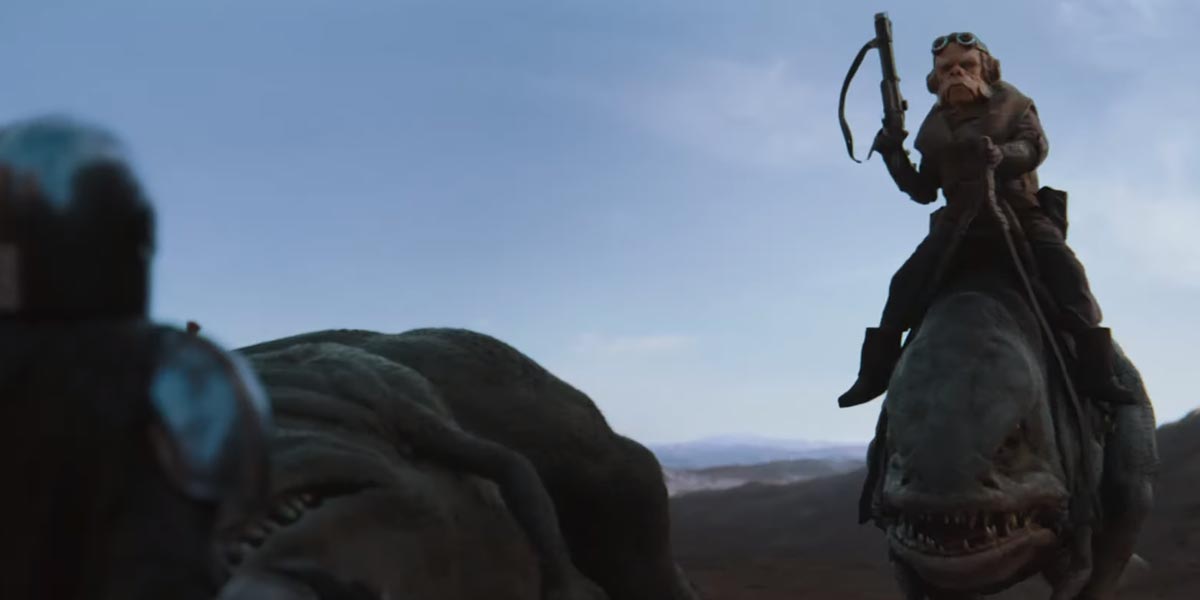 “Star Wars, but make it really Western” is enough to power imagination, fan-fiction, and perhaps a short film. But the concept, which is really all that The Mandalorian‘s first episode runs on, seems like uncertain territory for such a highly-anticipated series.

There are moments where The Mandalorian series premiere gets close. Points of genuine connection between our nameless and faceless protagonist and Kuiil the Ugnaught resonate, mostly because the series allows Kuiil a dignity distinctly beyond the others who have interacted with the Mandalorian.

The reference to orphans of war is also well-placed (though the Mandalorian’s flashbacks have the hollow tin of an in-game cutscene). And perhaps ironically, the distinctly un-Star Wars-like score lends a jangling urgency to the piece that is almost completely absent from the story and characters so far.

Related: Greedo gets the last word in Star Wars: A New Hope on Disney+

But it’s not until the very last moments of “Chapter 1” that anything close to the emotive resonance of Star Wars emerges from The Mandalorian. Yes, it’s a little bit cliche — it seemed very unlikely that the mysterious bounty sought by our hero would match the hulking deadliness he surely had in mind, and the “tough guy meets helpless innocent” trope counterpoints that expectation almost too exactly.

Unfortunately, there’s a real limit to the impact of a perpetually impassive Mandalorian helmet, no matter how cool the guy looks while swiveling his head and slinging blasters like John Wayne in space. The final shot of The Mandalorian series premiere though, successfully leverages the impassive symbolism employed to lesser effect throughout the episode. 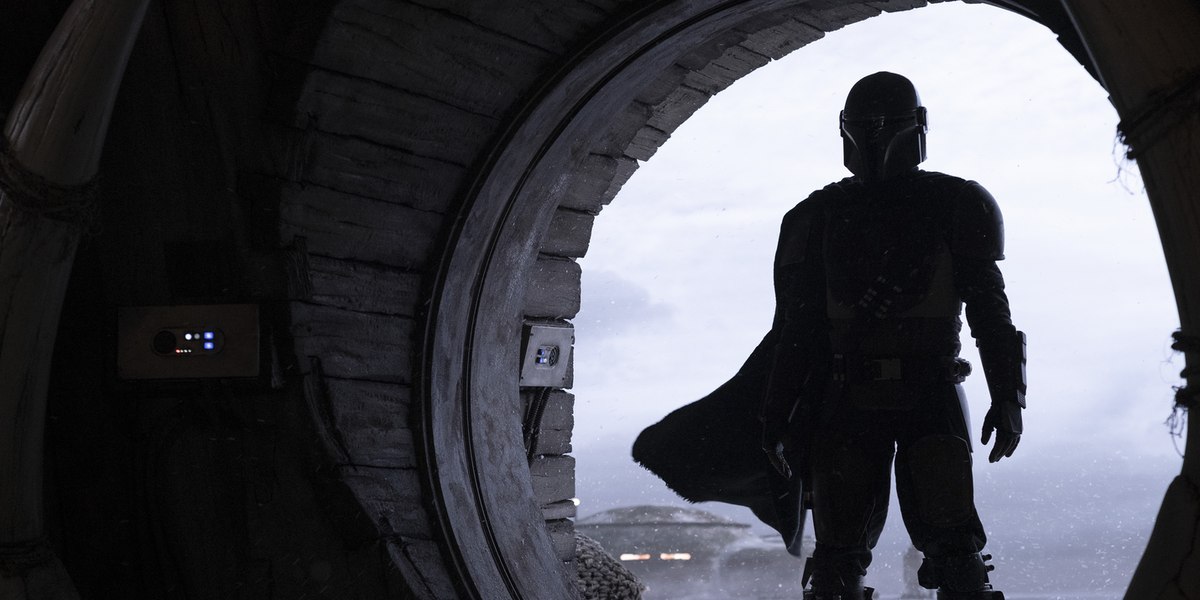 It’s stark, simple. A small hand extended out to a larger, limned by light and surprise. It’s innocence and possibility amidst fatalistic carnage. It’s beautiful and brilliantly Star Wars, and it would be even if the tiny creature wasn’t a member of Yoda’s unnamed species.

That fact will certainly be important going forward; for now, it’s more than enough to enjoy the awe of connection that Star Wars can so powerfully provide.

Both Disney+ and The Mandalorian have some lost ground to make up following their opening salvos. But that last pose is a promising start. After all, The Mandalorian certainly has the right look; it just needs to expose its deeply-buried heart soon enough that we still care to see it.

The Mandalorian season 1, episode 2, “Chapter 2” will be available to screen on Friday, Nov. 15 on Disney+.