‘The Mandalorian’ season 1, episode 7 review: The one who holds the power

The Mandalorian season 1, episode 7 returns to its regular programing, with major consequences.

Just before things hit the fan in The Mandalorian season 1, episode 7, the mysterious Client makes a proposal to Greef Karga. “Can I offer you a libation to celebrate the closing of our shared narrative?” the ex-Imperial asks.

The narrative referred to by the Client is transactional; the quarry (Baby Yoda and the Mandalorian) has been restored, and presumably the lawless peace on Navarro will follow in return. The Client believes that this story is over; so do Karga, the Mandalorian, and Cara Dune, though for different reasons. Everyone at the fateful rendezvous thinks they can sense a resolution in the offing.

But “The Reckoning” is not an ending. It’s not exactly a beginning either — it’s a restart, a return and amplification of the show’s best and most important characteristics.

After a few weeks spent killing time on Tatooine and executing fruitless heists, The Mandalorian season 1, episode 7 snaps back to its A plot, bringing along with it the tension, character development, and high emotional stakes that made the series’ opening episodes so delightful.

It’s a journey that requires the recruitment of established allies (Cara Dune, Kuiil, and the begrudgingly tolerated IG-11) and a return to Navarro, where Mando attempts to close the narrative of ongoing peril that has plagued his story from the start. 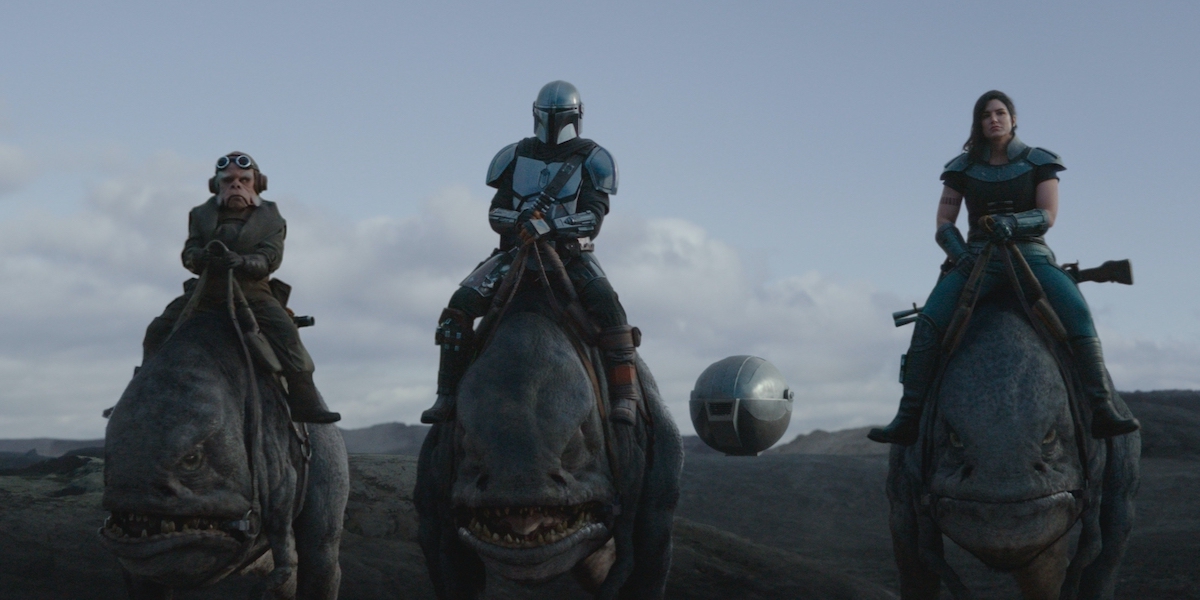 It’s also a story that requires (and provides) profoundly increased focus on the child, to the benefit of all involved. With Baby Yoda in close proximity to, and occupying place of primary concern for the Mandalorian, the story transforms from dusty space western to compelling family drama. The Mandalorian‘s outlines grow crisper, the stakes rise, and the wants and needs of every single character become tantalizingly palpable — even when they’re expressed behind a mask.

What’s more, the increased exposure to Baby Yoda allows the character to access and participate in (rather than just represent) the themes of the episode and the series. In “The Reckoning,” the organizing principle is power: what it takes to cause and prevent harm, and to exert control over your surroundings and your fate.

Related: ‘Star Wars: The Rise Of Skywalker’ answers your questions but ignores ‘The Last Jedi’

In his successful uses of the Force (for the first time since the second episode) Baby Yoda embodies this dichotomy of power. The first incident, in which the baby, uh, sort of tries to kill Cara Dune after misinterpreting a friendly arm wrestle, is a shocking moment of both strength and darkness from a previously mild and sunlit character. But it’s also, from the baby’s perspective, an act of protection for his father figure. Later, Baby Yoda saves Greef Karga from a painful death through Force healing — even though Karga is, in many ways, the architect of (or at least a cog within) the child’s ongoing predicament.

In other words, as exercised by Baby Yoda, both the power and its intended uses are muddled, neither purely good or purely bad. Kuiil’s wisdom is instructive here; droids, he says, “are not good or bad. They are neutral reflections of those who imprint them.” IG-11 cannot be a moral or immoral being, no matter how powerful it is, and for the time being, Baby Yoda is similar; too young and unknowing to craft accurate judgement, but powerful enough to nevertheless create significant consequences.

While the same does not appear to be true of the episode’s villains, it is clear that both the Client and Moff Gideon perceive themselves as good actors. The Client’s grandiose speech about the unparalleled benefits of Imperial rule is deeply felt, but falls flat considering that he is blaming the Mandalorian for his people’s own destruction.

And the applications of power are even more evident with the arrival of Moff Gideon, who literally blows the Client’s power structure out of existence. A brand-new actor on The Mandalorian‘s stage, the Moff is a complete mystery — but the extreme and passionate language he uses to talk about Baby Yoda (“It means more to me than you will ever know” like, wow dude) at the very least illuminates the self-righteous motivation behind all of the destruction.

Unfortunately, that’s going to be cold comfort for the Mandalorian. In addition to the apprehension of the child, The Mandalorian season 1, episode 7 marks one of its first major moments of tragedy in the death of Kuiil the Ugnaught. 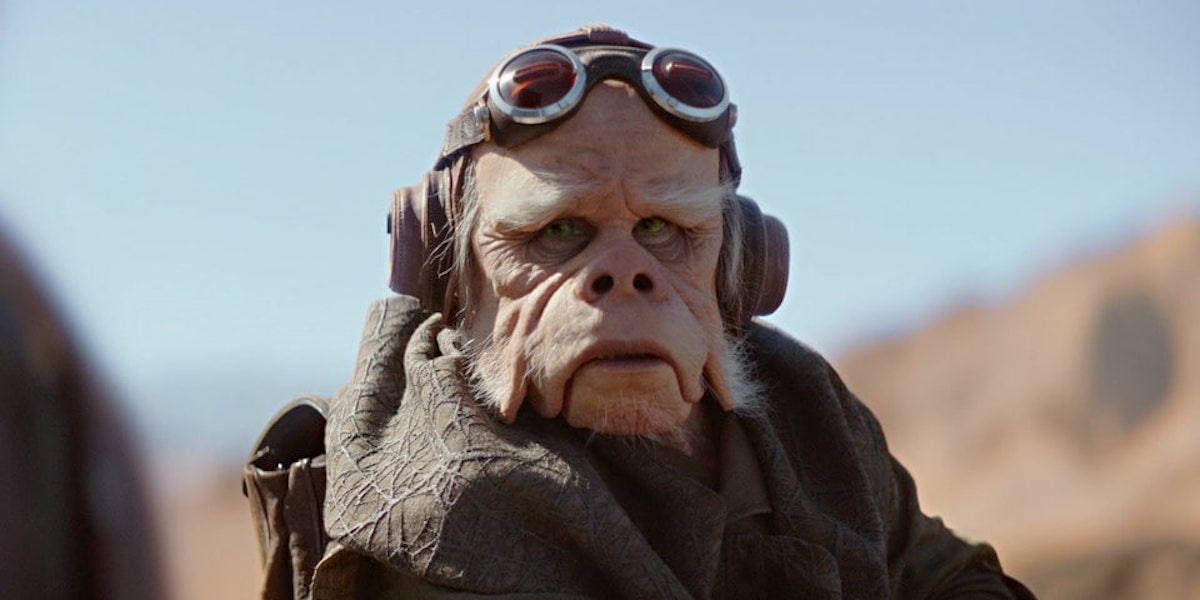 A character of unsurpassed dignity (especially by Star Wars standards) Kuiil’s loss is itself a kind of bitter beginning. “The Reckoning” takes time to highlight the character’s profound compassion, in spite of the struggles he has undergone; still, Kuiil, who spoke so often of peace, becomes an opening casualty in the violence that has just begun between Gideon’s forces and the Mandalorian.

But perhaps another being will blossom from that loss. IG-11 remains on the Razor Crest, invested with both tremendous power and the benefit of Kuiil’s tender nurture. With Mando’s aversion to droids (and this droid in particular) so famously established, perhaps the upcoming series finale will bear the fruit of Kuiil’s legacy in a kind of healing between them — hopefully one that gets the baby back in safe and loving hands quickly.

…or this will be the beginning of everything going terribly wrong and we’ll be left on a horrifying cliffhanger in The Mandalorian season 1 finale. Either way, next week’s episode can’t come soon enough.

The Mandalorian season 1 finale streams on Disney+ on Friday, Dec. 27.