We use cookies to ensure that we give you the best experience on Hypable. If you continue to visit us, we will assume that you are happy with it.
2:45 pm EDT, September 22, 2019

‘The Legend of Zelda: Link’s Awakening’ remake review: A crisp revisit to Koholint

Link’s Awakening does a great job of translating the original 1993 Game Boy game to the Nintendo Switch.

Link’s Awakening is a pretty, cheerful game with a family-friendly adventure and a simple, straightforward story. Like most in the Zelda series, you can pick it up and play it as your first venture into the series, and still enjoy it just as much as a superfan might.

From the plucky overworld themes to the chibi, toy-like character models, Link’s Awakening is stuffed to the brim with cuteness. It’s a new level of cute for the Zelda series, perhaps surpassing titles like Wind Waker and Minish Cap.

This is a lighter Zelda venture, so it isn’t all that challenging, but for newcomers to the series, staples like small keys and hidden bomb passageways may seem a bit more daunting. It’s a side title, as it doesn’t have the same threads as the other more main-series Zelda games do, but that doesn’t mean it’s any less fun. 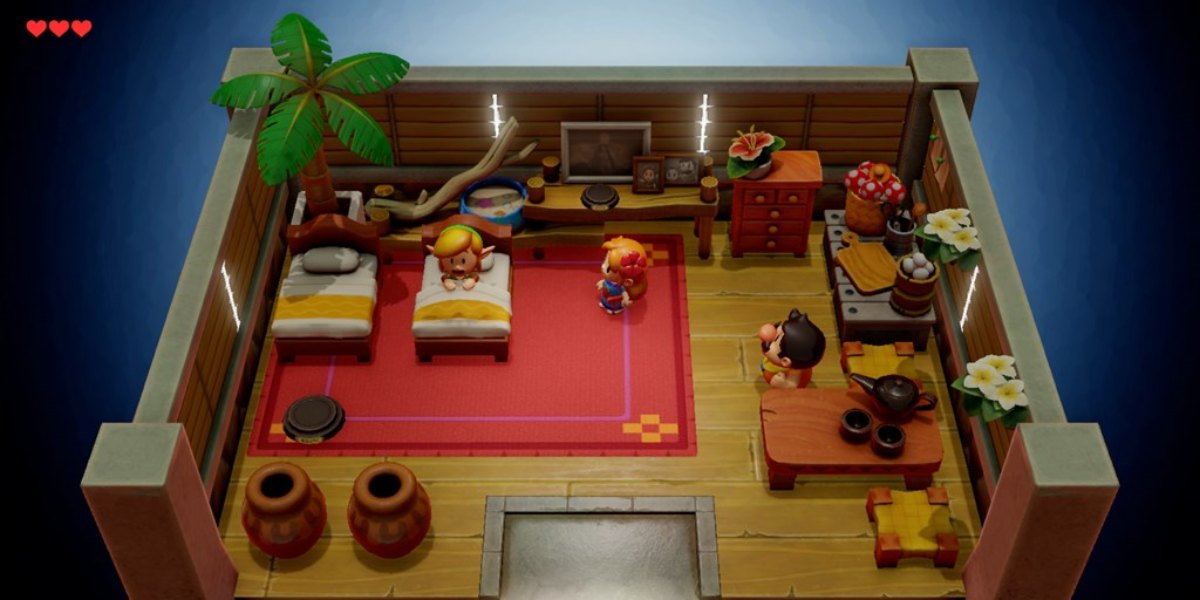 The Link’s Awakening remake development team acknowledges the bubblegum flavor of the Nintendo Switch release by included a Hero Mode right off the bat. It’s an incredibly challenging optional means of playing through Koholint Island, as enemies do twice the damage, and drops of hearts from grass and foes are nonexistent. This Hero Mode is a nod to the hardcore Zelda fans, and is what majorly makes this remake worth revisiting for them.

There are a few notes that haven’t aged as well, including the dropping in frame rates whenever a new block of the overworld is accessed. The brief but noticeable drop from 60 FPS to 30 FPS was hard to get used to, and must have been the exchange needed to erase the scrolling overworld block element. Perhaps Awakening would have played better if it kept the original scrolling block format?

Link runs at an incredibly slow speed, and without the ability to roll to go a bit faster. Still, this is true to the original, making Awakening feel like a dolled up clone of the 1993 title. It’s a proper remake, but it does introduce some fun new elements to spice your adventure.

A standout new feature is Dampe’s dungeon builder. It feels so great to finally be able to build your own Zelda series dungeon. If this was a test to see if we’d want a full Zelda-specific Mario Maker for the Switch, then considered me sold. 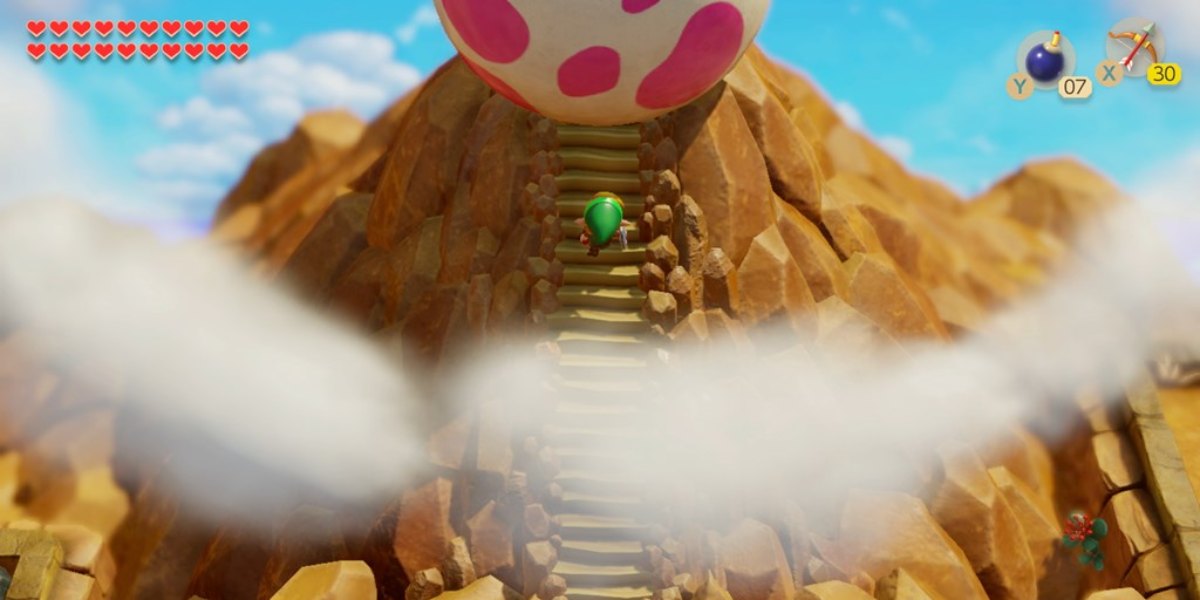 Exploring the sizeable overworld of Koholint Island for the first time in over 20 years was a fun treat. I found myself delightfully rediscovering some of my favorite parts of the map, such as the epicness of the Wind Fish’s egg at the northernmost edge of the world, or the beaches lined with Kirby series Gordos on the beachfront.

The world transitions beautifully from one element to the next, with lighting effects and music selling this top-down Zelda as having more adventure from Link’s perspective than what we’re seeing. Link’s Awakening invites you to once again experience that childlike merriment of playing in the backseat of the car while you squint to see your Game Boy’s screen under the worm light periphery and the passing streetlights.

The magic of Awakening stretches deep down into the main dungeons, each littered with characters like Shy Guys, Goomba, and Boos from the Super Mario series. A good boy of a Chain Chomp accompanies you for some of your missions, and Link even hops through some Mario Bros.-like 2D platforming sections. Awakening remake is a love letter to not only the Zelda series, but also, as it always has been, one to Nintendo itself. 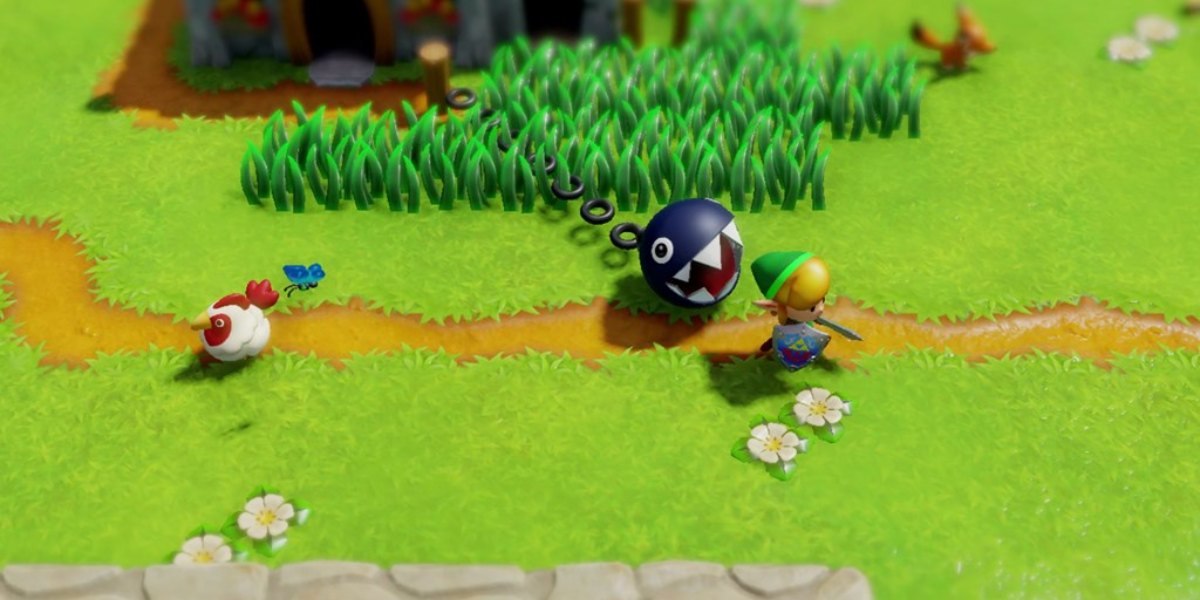 The bosses felt refreshed, but never too difficult. About one fourth through my playthrough, I found myself wishing that I had played the game on the above-mentioned Hero Mode so as to make my adventure feel both challenging and new.

Item upgrades are a bit looser in Awakening, in that item unlocks feel even more liberal than they did in A Link to the Past; say, more Metroid-esque. The game’s open-world guides you toward the path of least resistance (as does that ever annoying Owl), but for the most part, once you’ve unlocked some basic item upgrades, you’re free to explore the overworld to your heart’s content.

I’m all for gems of series like Zelda getting remake treatments. It’s a fun distraction as we await the next big proper Zelda title, and feels like more of a gift than a penance (as it might have felt should this be Awakening‘s first release). I’m left feeling as eager as ever to get my hands on Breath of the Wild 2, but the Link’s Awakening remake will tide me over for the time being.

From its whimsical soundtrack to its beautiful graphics, the Link’s Awakening remake is a surefire hit. It is a great game to introduce young players to their first Zelda game, and overall, is a great title in the series’ storied library.