There’s not much to be surprised by in The Kitchen, unless you weren’t expecting the body count, but then you probably didn’t know what you were getting into.

If you like mob movies, you’ll probably see this one. It’s a solid contribution, and contains all the necessary tropes for a ‘good’ mob movie, but there’s just something missing that I couldn’t quite put my finger on.

Read on for all my thoughts about the McCarthy, Haddish, and Moss drama that left me wishing and hoping for something, just, more.

I don’t know if I was expecting too much, but I can tell you that all of The Kitchen‘s best moments were in the trailer. It’s not that exciting of a film, which is hella surprising considering it’s bloody spectacle with a body count to rival some Walking Dead episodes.

For those who haven’t read the comics (this movie was based on a run of comics put out by the now defunct Vertigo), McCarthy’s Kathy, Haddish’s Ruby, and Moss’ Claire take over running the Irish business in Hell’s Kitchen when their husbands end up in prison. 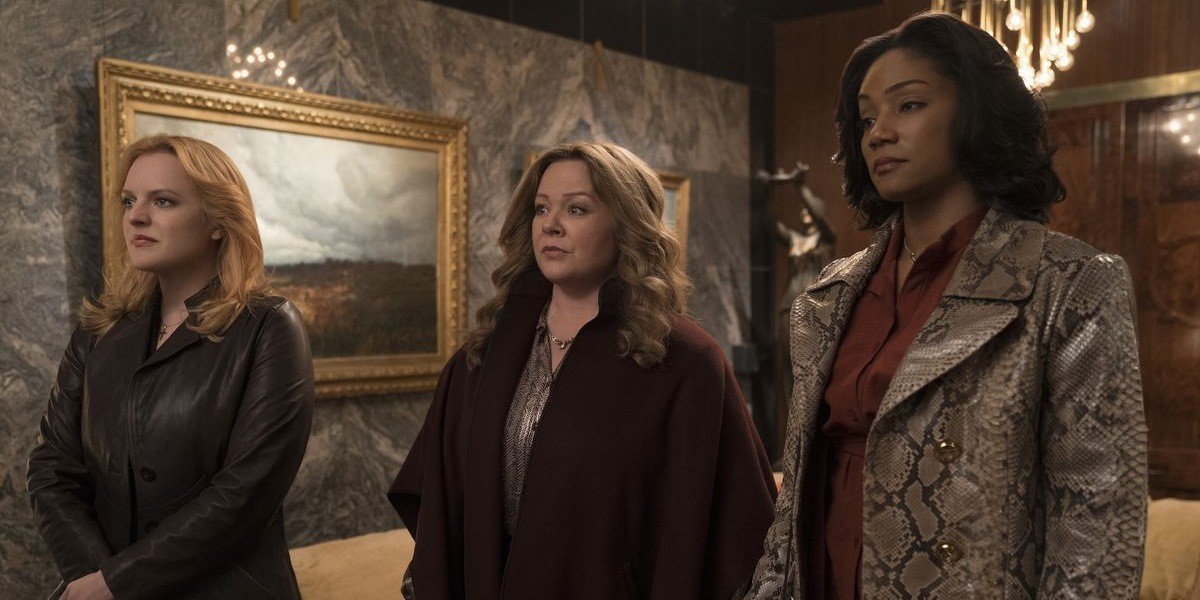 And I don’t blame them. When your husbands go down doing mob business, you expect the mob to take care of you. When the money these so-called men hand over doesn’t even cover your rent, you do what you’ve gotta do to get the job done. And yes, it was kinda fun to watch the women move in and take over for the almost useless males left running the show. Hell, I was definitely agreeing with the Italian mobster’s wife when she applauded these ladies for taking matters into their own hands. It’s just that, as a movie, this story never took off for me. The ladies’ takeover didn’t even look all that hard. Which I think is where the movie took its first wrong turn.

I can’t imagine that the comic books were as flat-toned as this movie. Even when people were getting whacked right and left, this film’s tone and style never wavered. I never got excited, I never felt moved, it just never reached me. Something just felt stagnant and maybe even a little uninspired.

Which is really hard to believe, because when you have the talents of Melissa McCarthy, Tiffany Haddish, and Elizabeth Moss on board, you would think inspiration would be in great supply.

And these three ladies do good work. Honestly, I’d follow McCarthy and Haddish just about anywhere. They set themselves up as the one and two pretty early on, never really clarifying who was which. I was glad to see McCarthy take on a role that has her doing more than just being the overweight butt of a string of fat jokes. She’s been making some very interesting choices in her roles as of late, and I truly hope that trend continues. Haddish proves here that she definitely could run her own mob, and that we would all follow her… mostly because we’re scared of her. It’s a healthy kind of fear, though.

It should be no surprise to anyone that Moss’ character is the most complex. You learn in the opening scenes that she’s a battered woman, suffering at the hands of a stereotypical Irish mobster husband who thinks being a good man begins and ends with not stepping out on your wife every night. This movie’s most moving scenes are when Moss is taking matters into her own hands. Whether she’s learning the ropes of body disposal, taking out assholes who’ve done her wrong, or dreaming of a better future in the arms of her new man, watching Moss’ character move from victim to killer feels empowering in all the most terrible ways. 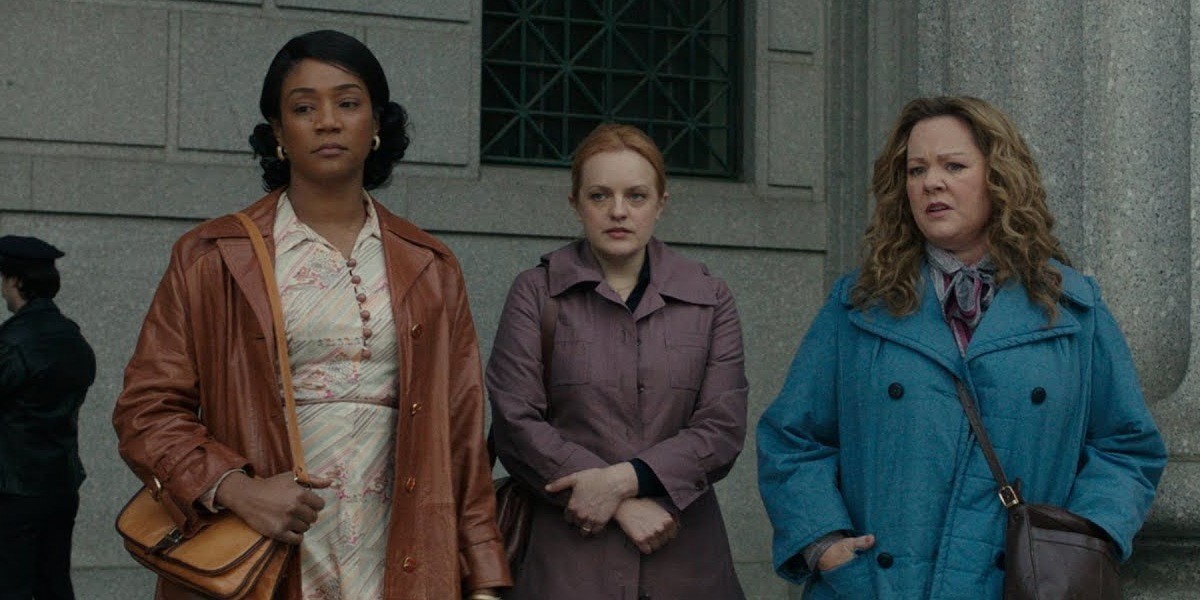 The Kitchen is not a terrible movie. It’s not. It passes and does all the things you would expect, it just never steps up to any level of greatness. For a directorial debut, Andrea Berloff proves that she can put the pieces together. She can make a cohesive film with a decent script. I wasn’t super impressed by it, but I wasn’t driven away either. I hope that as her confidence as a director grows, we will see her style fully bloom, because there is definitely some artistry hiding behind The Kitchen‘s lackluster plot.

As far as I’m concerned, this is no better or worse than any run-of-the-mill crime story. It’s not bad, it’s not good, it just is. For a first-time director, ‘not bad’ is not a terrible thing. I look forward to seeing what lay ahead for Berloff, no matter how The Kitchen ends up performing overall.

The Kitchen is playing now in theaters everywhere.