‘The Kingdom of Copper’ offers depth in choice and consequence

The highly anticipated sequel to S.A. Chakraborty’s The City of Brass, The Kingdom of Copper, showcases the ramifications of one’s own actions and the fallout of decisions made, no matter the intention. (Major spoilers.)

The City of Brass, S.A. Chakraborty’s debut novel, is an intricately detailed world built upon Islamic mythology in the Middle East. For anyone used to Western High Fantasy, The Daevabad Trilogy is a step outside the box that is not only refreshing, but eye opening. It’s historical as well, taking place in 18th century Cairo until Nahri, one of the main characters, is taken to the djinn city of Daevabad.

At first Daevabad seems truly magical, but it doesn’t take long for the beautiful facade of magic to crumble, revealing the centuries of strife as civil war threatens to break out. Plagued with racial discrimination, religious extremism, and even genocide, Daevabad isn’t that much different than the real world that Nahri was torn from.

S.A. Chakraborty puts an emphasis on complex characterization and consequences for every decision made, which adds a certain level of depth that is rarely accomplished in fantasy in general. By showing the reader how multifaceted each character is, in turn, it really punches the fact that everyone believes that they are the hero of their own story and that what they are doing is best.

(If you haven’t gotten a chance to read both The City of Brass and The Kingdom of Copper yet, use caution moving forward, as I can’t really gush about her characterization without using major spoilers!) 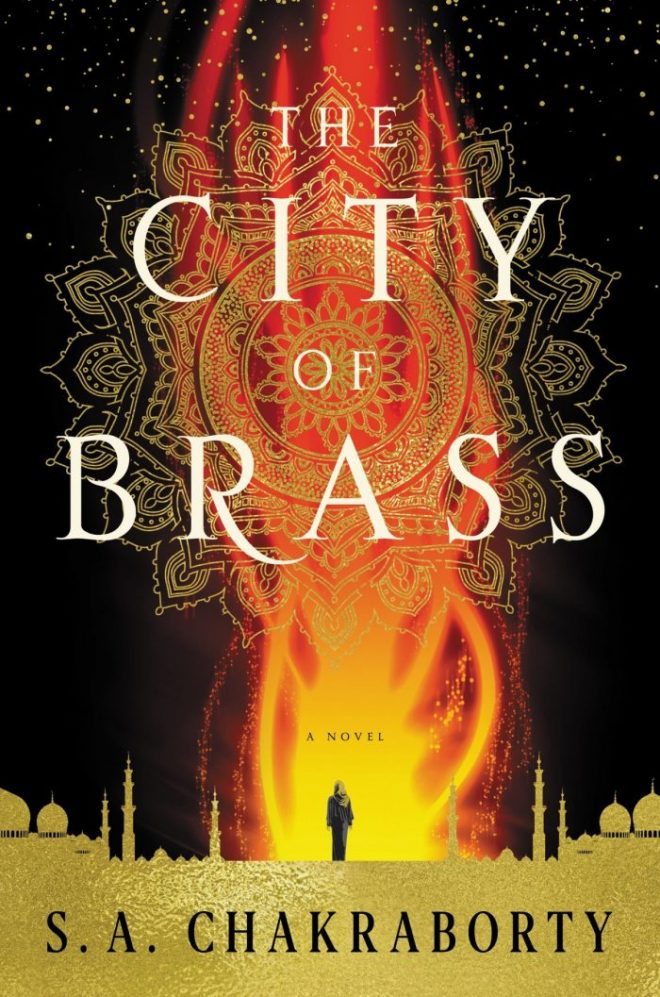 For instance, Prince Alizayd, though a religious fanatic, sees how terribly his father treats half of the citizens of Daevabad and tries to help. His help, though, comes with consequences because the extremist group he was helping turned violent against their oppressors.

Where Alizayd wanted merely wanted to help fund orphanages and provide the means to take care of those in need, the kindest of intentions lead to the insurgents gathering firearms against his family. His treason lead to him being exiled, only to be brought back into the fold in The Kingdom of Copper under intense scrutiny and pressure from his father.

Alizayd is complicated, with his religious bigotry mixing with a kind heart, he does what he thinks best and S.A. Chakraborty is able to show the duality of people, how they can be both kind and crass at the same time. Ali’s journey in The Kingdom of Copper gives him new purpose as he returns to Daevabad, helping Nahri build a hospital.

His intentions are always what he sees as pure, honest, and righteous. This righteousness leads him to rebel, truly, against his father, leading a revolt as he captures the Citadel. Little did he know, though, that he wasn’t the only one attacking.

Dara went from being beside Nahri, being her Afshin, to coming back to life as an Ifrit at the behest of Manizheh. Dara, too, believes that each step he takes is the right one, that would lead him back to Nahri as he plans to save her from Daevabad upon their attacking it. His choices in The Kingdom of Copper are misguided, as were the ones he made at the end of The City of Brass where he kidnapped not only Nahri, but Ali as well in an attempt to get Nahri out of Davaebad.

He didn’t tell Nahri of his plans, of his intentions, so it seemed as though he had turned on her. After what happened in the final battle in The Kingdom of Copper, I doubt that Nahri will ever forgive Dara for what she perceived that she saw Dara doing to Ali with and Ifrit.

One of the most surprising character growths of the series thus far has been Muntadhir. What we, the readers, saw of him through the eyes of both Ali and Nahri was a wastrel heir apparent who did nothing but drink and sleep around, even after his marriage to Nahri. It wasn’t until the end, when the reveal of his true relationship with Jamshid comes to light.

At that moment, I felt for him for the first time. He has to walk on eggshells just as his younger brother around his father, for fear of Ghassan taking Jamshid from him. He could never have who he truly wanted, so he allowed himself to be married to Nahri and be lead by Ghassan even more so than Ali. Every decision he made, though terrible through the eyes of Ali and Nahri, made sense if you isolated he and Jamshid’s story in the narrative. Kaveh, too, had a surprising twist with his alliance with Manizheh and the lengths that he would go to for Jamshid. His every decision, from hiding who Jamshid really was, to becoming Grand Wizer and being a mole within Daevabad, all gave grave depth to his character. If you isolate his narrative, then it would be easy to see his journey as that of a hero. And he could have been, if the lengths he went to weren’t so twisted.

S.A. Chakraborty expertly wrote her characters so complex that if you took any of them and only told their side of the story, then they would be the protagonist. As it stands, though, we get all of them, together, all trying to further their own agendas. Because of this, everything is a grey area. There is no right or wrong side, because both have done wrong. In all honesty, I’m not really sure whose side I’m on. Do I have characters I’m fond of? Of course.

I adore Alizayd, the Ali who made Nahri’s office in the hospital reminiscent of Cairo, not the Ali who is bigoted and a zealot. They are one in the same, of course, but none of S.A. Chakraborty’s characters are 2D, they all have flaws and those flaws are highlighted instead of hidden within the text.

I love Dara, but feel as though he is trapped in what he is able to do, even though he wants nothing more than to be at rest with his family, or be with Nahri, I doubt he’ll get any of those things after reacting without talking through his rash decisions with Nahri first. It hurts, but it’s true. Dara, though forced to be on Manizheh’s side, could have made different choices if he really wanted to. But maybe that’s wishful thinking on my part. 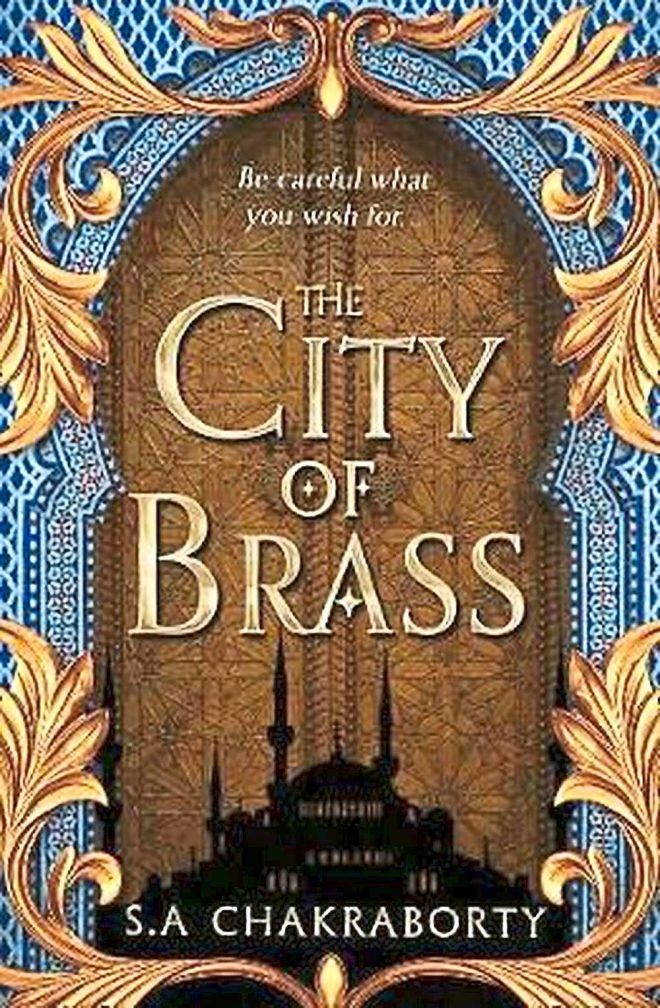 The true brilliance of the Daevabad Trilogy is how much of a grey area everything is. The world created is not perfect, with a very messy war on the horizon. Ali revolting and capturing the Citadel, Kaveh releasing the gas that kills anyone with a relic in their ear, Nahri choosing Ali to give Suleiman’s seal to, Dara’s decision to not make Ali a slave yet was fine with becoming the Scourge of Qui-z once more because Manizheh told him he had to, Muntadhir’s selflessness as Ali and Nahri escaped… all of these hard decisions have major consequences. Because of the severity and build up of these consequences, The Kingdom of Copper will be on my mind for months to come as I wait for the third and final book of the trilogy to come out.