‘The Good Place’ will end with a 90-minute series finale

The Good Place will wrap up its final season with a 90-minute series finale and a post-show special hosted by Seth Meyers.

It’ll be hard to say goodbye to The Good Place at the end of the season, but at least we’ll be able to end on a high note.

According to Deadline, NBC will be giving its critically acclaimed, award-winning fantasy comedy series a special goodbye. The Good Place, which is normally a half-hour TV show, will end its four-season run with an extended 90-minute episode.

And if that wasn’t enough, the network will follow up that extended episode with a post-show special beginning at 8:30 PM Thursday, January 30 that will feature the whole cast and be hosted by Seth Meyers. 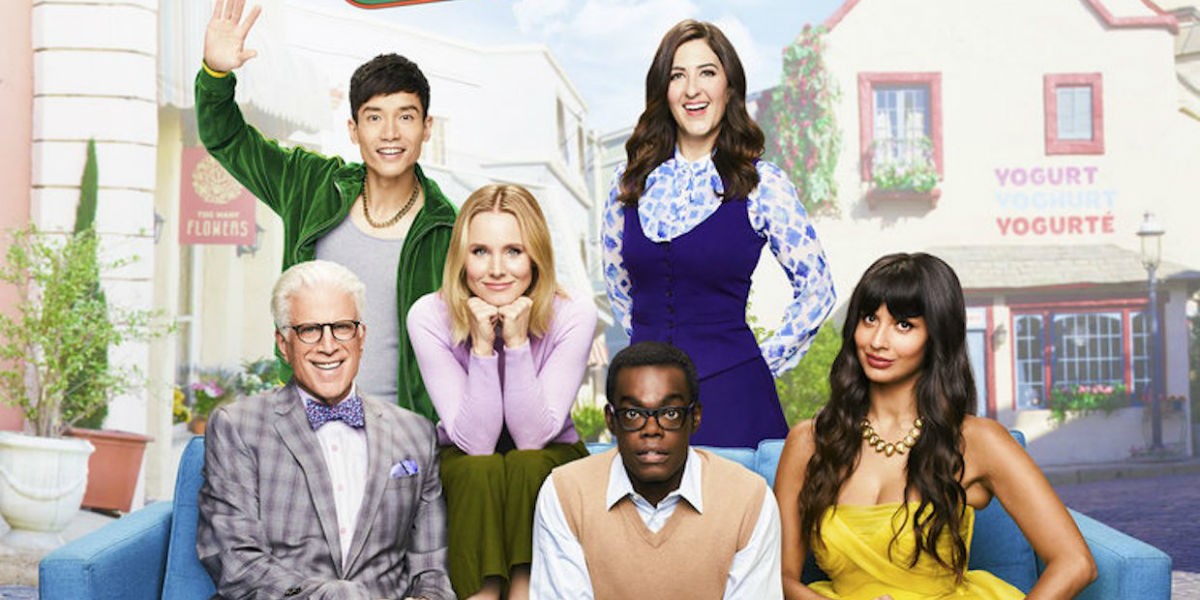 The Good Place initially focuses on Kristen Bell’s Eleanor Shellstrop, a self-proclaimed Arizona dirtbag who wakes up in the afterlife and is forced to confront the person she was with the guidance of Ted Danson’s Michael.

Though the show is called The Good Place, we soon realize that Eleanor’s unrighteous life has sent her to The Bad Place. The show follows Eleanor and her fellow neighbors in the afterlife — Jackson Harper’s Chidi, Jameela Jamil’s Tahani, Manny Jacinto’s Jason and D’Arcy Carden’s Janet — as they attempt to figure out their past lives, their afterlife and answer the question of: What do we owe each other?

The Good Place hails from creator/executive producer Mike Schur, responsible for such iconic comedic hits as The Office, Parks and Rec, and Brooklyn 99.

The Good Place is currently airing its fourth and final season on NBC Thursdays at 9/8C.