We use cookies to ensure that we give you the best experience on Hypable. If you continue to visit us, we will assume that you are happy with it.
8:30 am EDT, April 24, 2019

From ‘The Fast and the Furious’ to ‘Hobbs and Shaw’: The evolution of the newest superhero franchise

With Hobbs and Shaw, it’s clear that The Fast and the Furious franchise is no longer about fast cars and family — it’s now a full-blown superhero team-up series.

Once upon a time, way back in 2001, there was a little $38 million budget movie called The Fast and Furious.

In it, Paul Walker played an undercover cop investigating Vin Diesel, who was then a mechanic and the head of a street racing crew who were the prime suspects in a rash of high speed robberies of trucks delivering electronics. 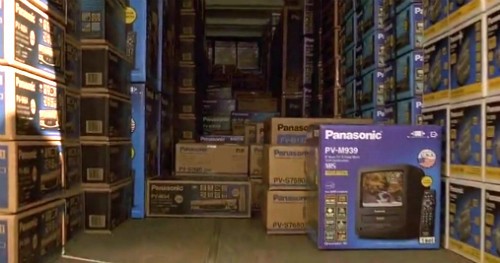 Dominic Toretto nearly went to jail for this?

It was a simpler time for The Fast and the Furious franchise. Dom’s crew were all just ordinary street racers with crappy day jobs, who went after electronics carrying trucks for extra money. There are a few races, but they only include motor vehicles that normal people can own — cars, trucks, motorcycles.

In fact, the tension in the final race of the film is whether or not Dom will be able to cross the train tracks in his car before the freight train comes screaming through. It’s still a street racing film, but it’s really a very grounded movie — at least in comparison to the later films in the series.

And what began as a movie about ordinary streetracing criminals has become the biggest and longest action franchise, with the trailer for the upcoming spin-off movie, Fast & Furious Presents: Hobbs & Shaw, going full tilt into sci-fi superhero insanity:

If you aren’t all that familiar with The Fast and the Furious films (first off, why aren’t you?), the newest trailer might come as a surprise to you. Isn’t this the franchise about street racing?

What began with a movie that was essentially ‘Point Break, but make it street racing’ has evolved into the newest superhero franchise — The Fast and Furious cinematic universe (FFCU), if you will — with Hobbs and Shaw representing the first unequivocal (and likely not the last) superhero team-up film. 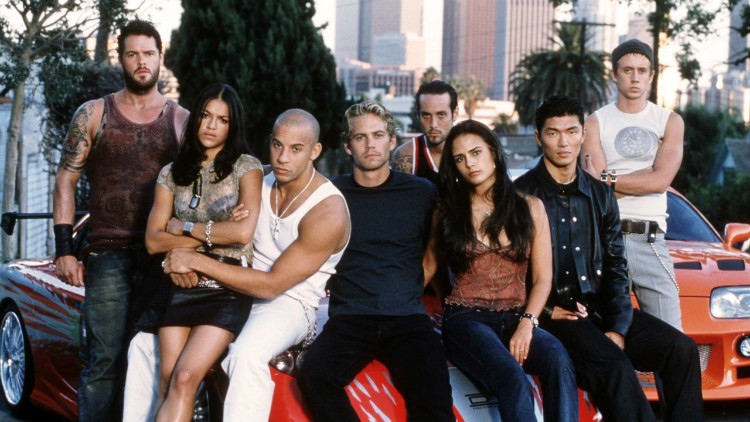 The (soon to be) superheroes and their humble beginnings

While the most recent entry into the FFCU is so clearly a superhero film (Idris Elba is even referred to as a Black Superman multiple times in the trailer), you could really take the entire series of films as a superhero franchise.

The first three films are the most grounded (in comparison, at least) and serve as our solo hero films before the first team-up film — 2009’s Fast and Furious.

While the 2001 The Fast and the Furious movie does indeed introduce us to our core crew members, it’s very much a Dominic Toretto film. We learn about his past, his present and his guiding ethos, which he will repeat ad nauseam throughout the series: He doesn’t have friends, he has family.

The follow-up — 2 Fast 2 Furious — which was sans Vin Diesel or any of the core members from the original, save Paul Walker’s Brian O’Conner, is then essentially a Brian O’Conner solo film. It also introduces us to a few more characters who will eventually become essential members of the crew — Chris ‘Ludacris’ Bridges’ Tej and Tyrese Gibson’s Roman Pierce.

The third film in this first phase — The Fast and the Furious: Tokyo Drift — features neither main leads from the first two films, and while the lead is technically Lucas Black’s Sean Boswell, this is very much a Han-centered film. This entry into the FFCU also does a couple of things for the franchise.

First, it establishes the scope of the world building. This isn’t just a stateside or western affair — this goes all the way out to the far east. It also introduces a very superhero-y/comic book trope of weird timelines, because even though this is the third film released chronologically, it’s actually the sixth film in the in-universe timeline. 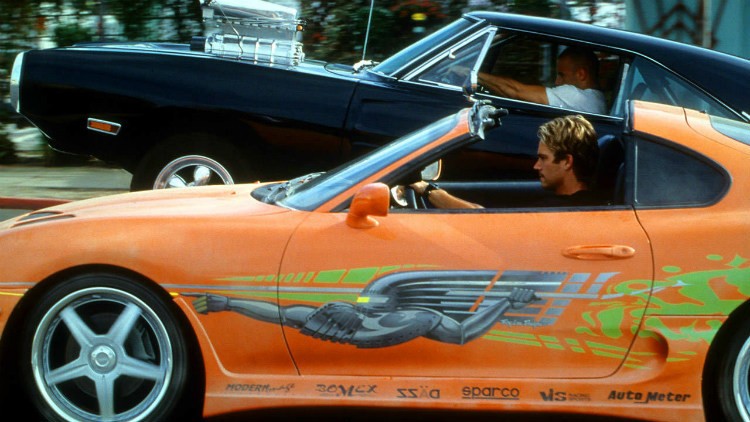 After these three solo and worldbuilding films, we get our first true team-up film: 2009’s Fast and Furious. This brings together our three leads from our first three films — Dom, Brian and Han — and is the first hint that this franchise is speeding away from its streetracing roots and becoming a superhero franchise. There are plenty of high octane chases and scenes which would make the first movie turn its head away in shame, but the real moment that we can see the turn into superhero antics occur is in the greatest chase scene.

In the dimly lit tunnels beneath the US-Mexico border, our two leads drive at impossible speeds, evading random walls, unnecessary beams and falling rubble, and emerging completely unscathed while those chasing them crash and burn up behind them. It’s a chase scene worthy of any high budget, sci-fi space opera, and the first bit of proof that what these individuals can do is something beyond us mere mortals.

And it only goes up from there.

Fast Five essentially functions as the start of the FFCU’s second phase — a transition phase between its grounded beginnings and superhero future — with this film acting both as Dwayne Johnson’s Luke Hobbs’ solo film and a signal to the viewers that this new phase promises bigger, louder and more superpowered storylines than the first phase. This is the first movie that firmly leaves behind its streetracing roots, instead functioning as a heist/adventure film.

It’s also the movie where everyone gets elevated into superhero mode. Of course Dom and Brian continue to drive cars in ways that defy any laws of physics, gravity or Earth-based logic, and therefore can only be explained through the supernatural or magical (I’ll take either), but Dom also suddenly gets super strength — able to break through handcuffs, dent walls and go toe to toe with Dwayne “The Rock” Johnson and not just get his ass beat immediately. Tej reemerges as a highly skilled hacker, and Luke Hobbs does a whole list of ridiculous feats that could not be possible without someone having the power of invulnerability. 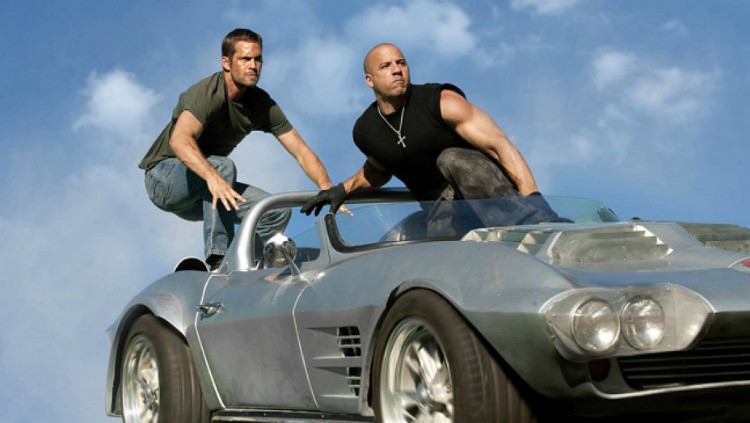 From there, the movies focus on building the crew into a greater, more powerful, unbeatable team while mining as many superhero and comic book tropes as they possibly can into their storytelling. Whereas the first film’s stakes were first stolen VCRs, then later the bond of friendship between Brian and Dom, the stakes in 2013’s Fast and Furious 6 are — in the grand tradition of superheroes — the safety of the entire world.

Those stakes are the same in both 2015’s Furious 7 and 2017’s The Fate of the Furious, and it’s 2015’s Furious 7 which speeds what used to be a streetracing franchise into the path of a full-fledged superhero one.

First off, the plot — the race to keep God’s Eye, a computer program which can track anyone down using any surveillance technology, out of the hands of a super terrorist — could be copied and pasted into any Marvel or DC comic.

Secondly, it is a movie in which basically everyone has superpowers. And not just because Tej, who started out as a guy who sets up races, is now able to hack into any system and manipulate satellites, computers and anything else with a digital pulse. Or because the entire crew is able to have a high speed car chase between skyscrapers and parachute them off planes without a single mishap.

I mean, it’s because of this things too, but it’s also because this is the film where Dwayne ‘The Rock’ Johnson survives a bomb and a three story fall, literally flexes out of a cast, and rips apart metal, steel and stone like they’re paper. And this is also the film where Dom Toretto demolishes the entire concrete floor of a parking garage by stamping down on it really hard.

None of this makes any sense or is even remotely possible — unless all these characters are superheroes.

Which as a highly specialized, powerful crew who routinely saves the world from death and destruction, they absolutely are. 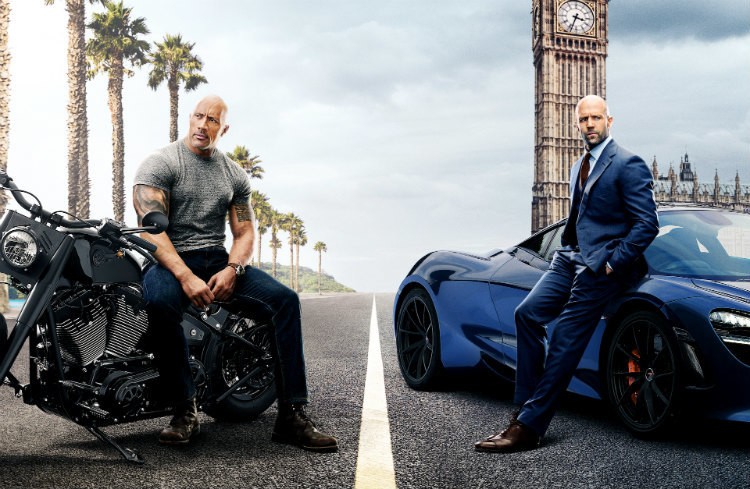 The ninth feature-length film into this universe — the spinoff Hobbs and Shaw — takes us into the FFCF’s third phase: unambigious superhero franchise.

Idris Elba’s Brixton — a biologically enhanced super soldier — proclaiming himself ‘Black Superman’ is likewise the franchise’s proclamation that it has officially morphed into a superhero franchise in its own right.

And really, this shift represents the next logical step in the franchise. After fighting a train, a plane, a tank and a submarine, where else could our heroes go up against?

A superpowered supervillain, of course.

Both Dwayne Johnson’s Luke Hobbs and Jason Statham’s Deckard Shaw (who once did an entire fight scene holding a baby carrier in one hand!) have always been the most superhero-y of all The Fast and Furious crew members, so it absolutely makes sense to have them save the world from an evil super soldier who is in pursuit of a deadly virus that could wipe out half the planet.

That plotline would’ve seemed ridiculous and unreasonable to give to a streetracing franchise. Luckily, The Fast and the Furious franchise hasn’t been streetracing franchise in a long time. Instead, it’s slowly built itself up — through its increasingly high stakes, higher powered heroes and highly impossible action scenes — into one of the biggest and best superhero franchises.