We use cookies to ensure that we give you the best experience on Hypable. If you continue to visit us, we will assume that you are happy with it.
2:14 pm EDT, October 6, 2019

Fans of The Dragon Prince crowded the room to capacity in anticipation of a great panel from series creators Aaron Ehasz and Justin Richmond, as well as Senior Writer Neil Mukhopadhyay. They definitely did not leave disappointed.

After teasing the crowd with a date in late January, Richmond revealed that The Dragon Prince season 3 release date will be much earlier. The nine-episode season comes to Netflix on Nov. 22, so set your calendars accordingly!

Reminders of the past

The official image for The Dragon Prince season 3 is a gorgeous painting of a small figure on horseback charging the seething form of the dragon Thunder — Zym’s dad. Richmond revealed that the horseman was King Harrow — but he was, as fans noticed, wielding his late wife Queen Sarai’s spear. 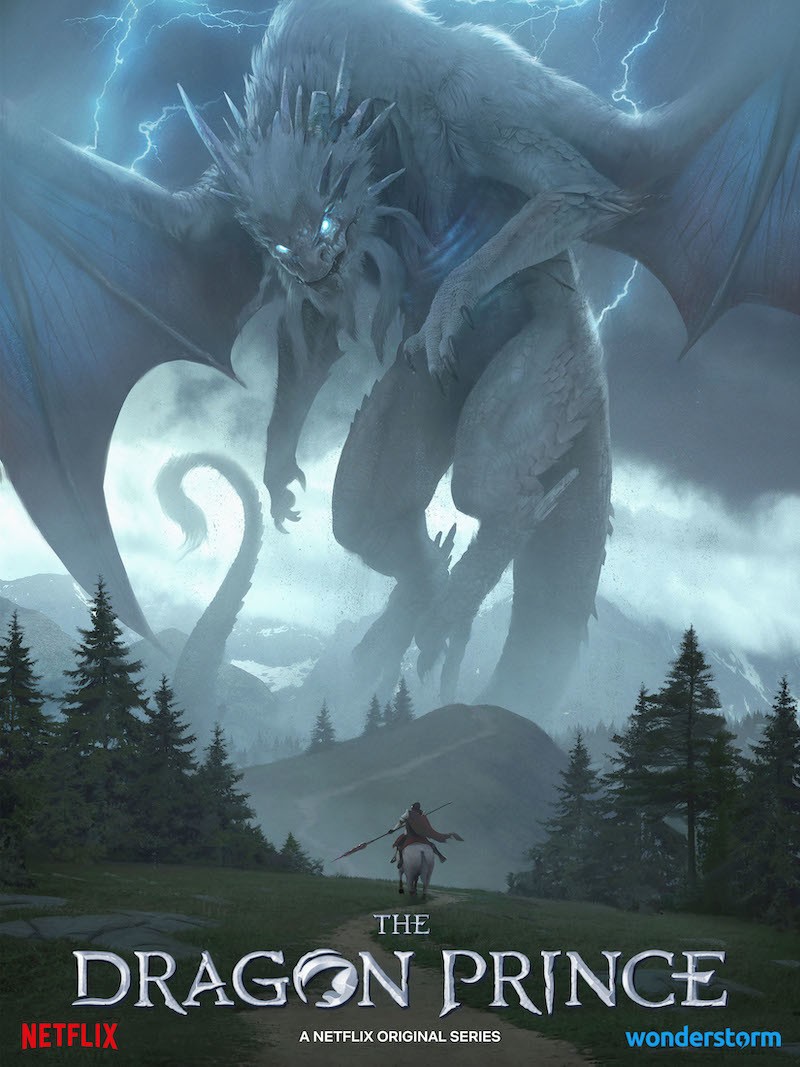 Richmond teased that the spear has been “altered,” and that The Dragon Prince season 3 will explore that process… and perhaps the fateful confrontation between Thunder and Harrow that sent so much of this story into motion.

Fans at NYCC were treated to the The Dragon Prince season 3 premiere episode. The season is titled “Book 3: Sun,” and the episode is titled “Sol Regem.”

While we won’t spoil too much about the premiere, the main points of the story include Callum and Rayla attempting to at Zym past Sol Regem and into Xadia proper (not an easy task!) and Amaya’s attempts to hold the border against the Sunfire Elves. Suffice to say, there is much drama and humor, and many moments that sent the audience to cheering, gasping, and laughing.

Plus, one of the first lines is “I smell death.” Which, even out of context, is pretty dang badass.

During the Q&A session, a fan asked if the mysterious Startouch Elf Aaravos had “any any friends or family.” Richmond mused that the question entailed some spoilers, but Ehasz chimed in with a kind of answer to the intriguing question.

“The name of a very important person to Aaravos will be in the map of a novel [coming from Scholastic], but it will be a long time before you know what that means,” Ehasz said. “A lot of his motivation comes from that relationship.”

Soren may have some surprises coming

Another fan asked if Soren’s healing from his paralysis will be permanent, or if Claudia’s dark magic explosion will begin to fade. After an “Oooh!” from the crowd, Ehasz polled the audience. Most chose his second option “Wearing off, sad consequences” for Soren, a result that led to some sneaky smiles between The Dragon Prince creators.

Another compelling hint came from a question about new dragons in The Dragon Prince season 3. While the new dragon won’t show up in the new season, Ehasz revealed that he is called “Rex Ignius,” and comes up every hundred years to hang out above ground.

Ehasz assured another fan that Callum’s birth father has not been forgotten by the writers. “We do have a story for who Callum’s father is, and what happened that we will share at some time,” he said.

Runaan is coming this season!

Richmond reminded the crowd about the recent The Dragon Prince art book, coming on July 7 from DarkHorse Publishers. He also answered a fan question about the fan for more merchandise. “More stuff is coming from DarkHorse,” he promised, as well as “More at Hot Topic, and more [upcoming] partnerships soon.”

– Ehasz confirmed that the goal of The Dragon Prince creators was to tell the story over seven seasons, that will most likely stay at nine episodes a pop. He encouraged fans to keep up the #GiveUsTheSaga campaign, encouraging Netflix to tell the entire epic story.

– Let’s not talk about Texas catheters.