‘The Downstairs Girl’ book review: A fascinating story of life in the margins

The Downstairs Girl by Stacey Lee effortlessly blends historical fact and tightly-plotted fiction into a story that you’ll absolutely devour in one day.

At least, that’s what I did.

The Downstairs Girl has been one of my most anticipated releases of the summer, so when it was delivered to my doorstop mid-afternoon, I immediately sat down with it. It’s historical fiction, which is a genre well outside my general wheelhouse, and for whatever reason always takes me a bit to really get going, so I figured I’d read this one bit by bit over the next few days.

This was not the case, as I remained seated in that very same position over the next few hours, getting up only when my husband reminded me to eat some dinner in the early hours of twilight, and eventually finishing up the book just before I needed to get myself to bed.

The Downstairs Girl has multiple starred reviews, so I knew it would be good — but even then I wasn’t prepared for how utterly engrossing the story would be, how fascinating a setting 1890 Atlanta would make, and how its utterly captivating lead protagonist, Chinese-American Jo Kuan, would fast become one of my favorite YA protagonists ever.

Stacey Lee’s The Downstairs Girl tells the story of Jo Kuan, a 17-year-old Chinese-American lady’s maid who moonlights as the anonymous author of the newspaper advice column “Dear Miss Sweetie.” It seamlessly blends historical fact into its fictionalized narrative, so that even as I followed along with the ups and downs of Jo’s life, I was also learning about the real experiences and struggles of marginalized individuals living in the post-Reconstruction South.

There are twists and turns aplenty, a fountain of fantastic lines, and just an incredibly plotted narrative that never flags or leaves you behind. The Downstairs Girl is the kind of story I wish I could forget, just so I could read it all over again for the first time.

It seems to me that praying is a hit-or-miss thing, and when it’s answered, it’s never quite the way one expects. For a long time, I prayed my parents would come back for me, but they never did. Then I outgrew my need for them, which I supposed was God’s way of giving me an answer, albeit a sideways, not to mention protracted, one.

The Downstairs Girl is many things — a fascinating historical fiction, a thoughtful exploration of race and gender, a thrilling narrative of a young woman breaking barriers and understanding her worth.

But above all, this is a story of family and of love.

Jo Kuan is a young girl who lives with her adoptive father — a Chinese immigrant named Old Gin — in an abandoned abolitionists’ hideaway beneath a print shop. For most of her life, it’s been just her and Old Gin — though she can remember a few Chinese ‘uncles’ who stayed with them when she was young, and who left behind a few trinkets as well as some sage pieces of advice.

She’s never met either of her parents, and Old Gin never answers her questions about them.

Over the course of the novel, we see Jo struggle not only with her place in a society that sees only Black and White, but struggle with her understanding of herself and who she is.

Through it all, we see the love she has for Old Gin, and the love he has for her in return — a love that sustains and supports them both, despite the hardship that they face from within and without.

There are ups and downs to their relationship, revelations and hurt feelings — but through it all, the love of family remains the same. It’s a strong father-daughter relationship, one that only grows stronger despite the hardships it endures, and something I’m incredibly happy to see in a young adult novel.

Being nice is like leaving your door wide-open. Eventually, someone’s going to mosey in and steal your best hat. Me, I have only one hat and it is uglier than a smashed crow, so if someone stole it, the joke would be on their head, literally.

Those are the first three lines from The Downstairs Girl, so you can absolutely see why this story had me hooked from the very beginning.

It’s a fantastic way to start any book — clever and funny and just a great bit of writing, lines that not only drew me into the book and impressed me, but also gave me an idea of what Jo herself is like.

In fact, if I were to list all the lines, passages and bits of dialogue I underlined (yes, I deface my books by both underlining and doggy ear folding them!), it would take up over half this review.

Stacey Lee is not only a master of plotting and characterization, she is supremely adept at description, dialogue and turns of phrases that run the gamut from clever and witty to evocative and sincere.

Jo herself is an opinionated, fiery and supremely talented writer (not unlike my other favorite literary Jo — Jo March of Little Women), so reading a book filled with her thoughts, her words and her writing is an absolute joy.

When she comes up with the idea to anonymously publish her words as Miss Sweetie — a columnist in the local paper who addresses and answers the concerns and questions of women — she thinks about what will separate her from other such columnists, deciding that the paper needs someone like her who will “blow the trumpets of change.”

The chapters are interspersed with her “Dear Miss Sweetie” columns and answers to her reader’s questions, and they are all as witty and clever as they are filled with good advice — and some good and necessary real talk when it’s needed.

In fact, though she’s been reprimanded for it before, she decides that her sauciness and openness to telling the truth makes her an asset even if it makes her stick out. After all, she asks, “Why put a second horse in a race when you can put in a dragon, which not only flies but eats horses for breakfast?”

And as the story unfolds (which does happen to include a literal and climactic horse race), we see just how much of a ferocious dragon Jo is amidst a field of ordinary horses.

Here’s the thing. Unlike the sidewalk, there aint’ no rules yet for bicycles. Means we got to jump in and make the rules. Or someone else will make them for us.

To me, the best thing historical fiction can do for us as readers is either expose us to a time period we aren’t too familiar with or present us with a perspective that we don’t often get to hear about or read about in history books.

The Downstairs Girl does both of these things for us.

First, it gives us a small peek into life for the marginalized in the post-Reconstruction period of the South — that period of time characterized by the increasing disillusionment in decades after the Civil War and ramping up into the increasingly white-supremacist period leading up to the Civil Rights Movement.

It also renders for us a life that I, myself, have never known or read about — the life of the Chinese immigrants who were shipped to the South during Reconstruction, and the children they ended up having on American soil.

Jo lives in a society that almost literally sees no place for her. We see the struggle for her and her adoptive parent, Old Gin, to simply exist set amidst the broader struggle by women and people of color in a society that refused to make room for them.

There are real historical markers of the period — mandated streetcar segregation, the controversy of suffragists on bicycles — that we see impact on fictional characters.

We’re also treated to an all too real picture of the way movements for women’s equality often left behind or even refused to make room for women of color within them, and the ways in which marginalized women of color had to fight two battles — for gender equality and racial equality.

The Downstairs Girl does a fantastic job exploring ideas of identity, intersectionality and resilience of those living in the margins. It is a story that doesn’t shy away from the pain inflicted by those in power, but also celebrates the strength of those who have worked to overcome that pain. 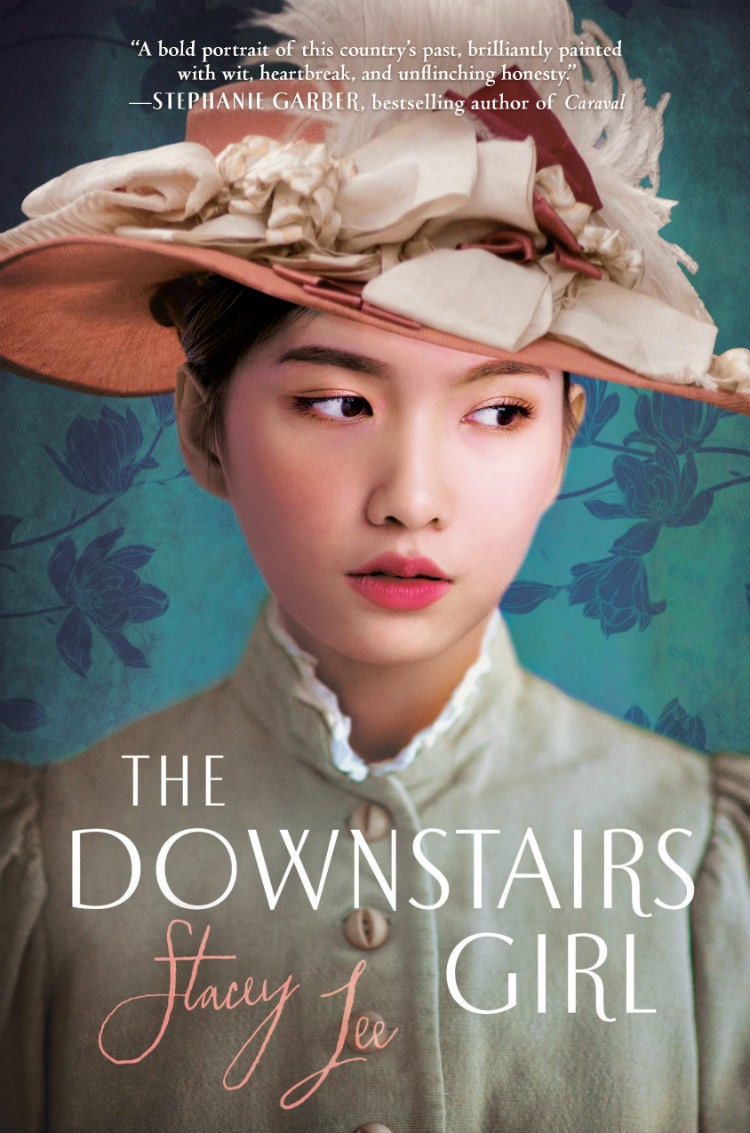 By day, seventeen-year-old Jo Kuan works as a lady’s maid for the cruel daughter of one of the wealthiest men in Atlanta. But by night, Jo moonlights as the pseudonymous author of a newspaper advice column for the genteel Southern lady, “Dear Miss Sweetie.”

When her column becomes wildly popular, she uses the power of the pen to address some of society’s ills, but she’s not prepared for the backlash that follows when her column challenges fixed ideas about race and gender.

While her opponents clamor to uncover the secret identity of Miss Sweetie, a mysterious letter sets Jo off on a search for her own past and the parents who abandoned her as a baby. But when her efforts put her in the crosshairs of Atlanta’s most notorious criminal, Jo must decide whether she, a girl used to living in the shadows, is ready to step into the light.

The Downstairs Girl is out now! Buy it on Amazon, Barnes and Noble or your local indie book store, and make sure to add it to your Goodreads!