In The 100 season 5 finale, we met Monty and Harper’s son Jordan. Even though he was only on screen for a few minutes, the fans instantly took to him and the actor who portrays him, Shannon Kook.

Now that we’ve actually spent some time with the character, he has somehow managed to surpass our sky-high expectations. Jordan is as loveable and relatable and carries as much of Monty and Harper with him as we hoped; he has his heart in the right place, and has spent the first half of the season just trying to figure out how to live in the new world. 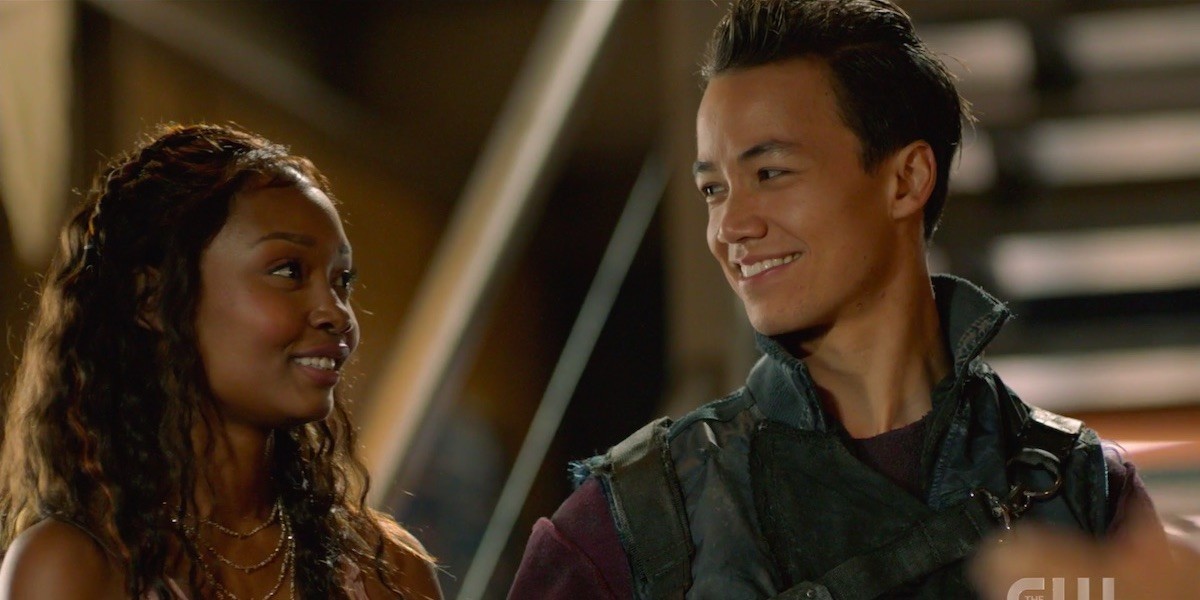 But Jordan’s own expectations of love and belonging among the people his parents called family might not have been met with the same level of satisfaction. Since arriving in Sanctum, the extended SpaceKru family have had their hands full trying to make peace — with each other and the Lightbournes — and now, the race to save Clarke will likely eclipse all other concerns.

In fact, Jordan’s only real human connection so far has been with a person from Sanctum, Prime host Delilah (Ashleigh LaThrop). They bonded instantly, and Delilah quickly came to represent the kind of love and companionship he grew up learning to want.

But Delilah was taken from him almost as soon as he found her and, to make matters worse, none of his ‘own’ people seem to take him or his grief that seriously.

So where does that leave Jordan as we head into The 100 6×08 “The Old Man and the Anomaly” and beyond? To find out, I spoke to Shannon Kook about his character’s experiences on Sanctum so far and his state of mind going into the episode. Enjoy!

(And check back to Hypable Tuesday night after the episode has aired for some more specific insight from Kook.) 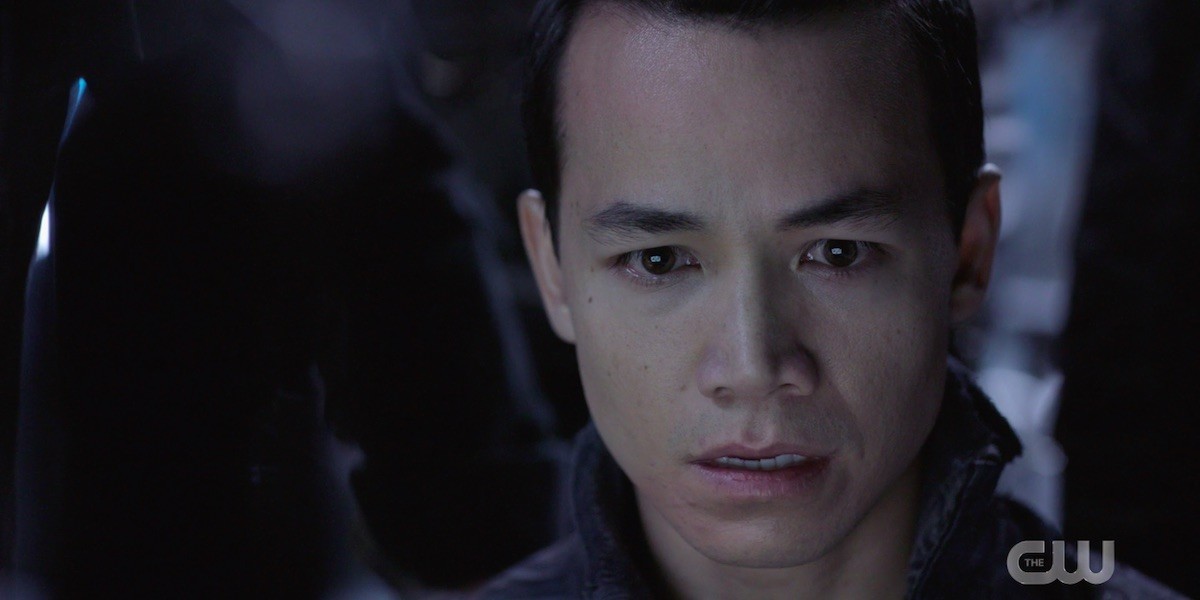 Selina Wilken: Can you tell me a little bit about Jordan’s state of mind going into this episode? How is Jordan doing right now, with everything that has already happened?

Shannon Kook: Right now, he’s just in fight-or-flight mode. Jordan has been preparing himself to come to a new society all his life. It’s almost like seeing a fight in front of you: you watch and watch, and then eventually, your blood starts to pump. Now, Jordan is emboldened and full of adrenaline.

He’s definitely been swept by a flood of emotions that he did not expect to encounter. But he’s also has his mind on what he feels, and he’s still listening to his guts and still has a lot of heart in the equation.

In “The Face Behind the Glass,” you had some lovely interactions with Delilah, where Jordan expressed this really beautiful ideal of wanting the kind of love that he grew up surrounded by and thinking he’d found that with her. How is that ideal and that quest for love going to shape his decisions in the next part of the story?

It was interesting. The first smile I experienced as Jordan this season was when he met Delilah. There was a slight warmth in Abby’s eyes [when talking to him], and a moment between Raven and Jordan in “The Moon” scene, but other than that, no one has really been warm to Jordan.

And Jordan has always wanted love outside of his parents. He’s wanted love from other people, he’s wanted relationships. So to experience that, and to then have it ripped from him is… quite something for someone to go through in the span of a couple of days. Especially after the death of his parents.

How things will progress after that? Well, it’s going to be interesting to see how Jordan copes with both of those factors. He’s quite alone, because people have not believed him or listened to him, and he’s had to rely on his own faith and intuitions. So we’ll see. 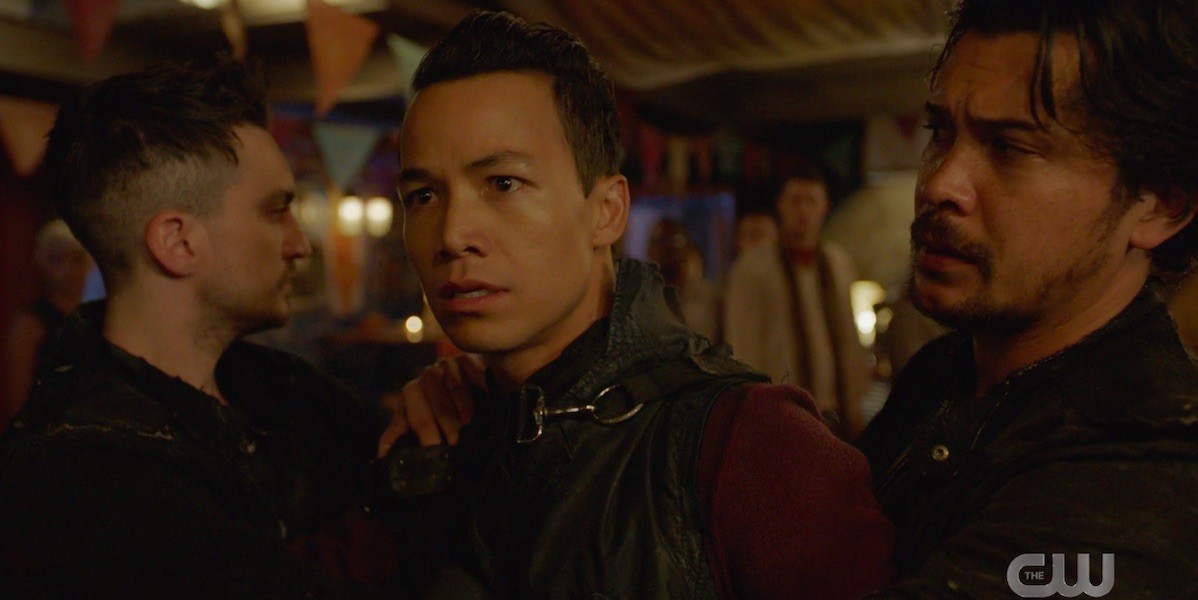 That’s interesting actually, because Jordan has grown up with his parents instilling this belief in him that SpaceKru would be his family and take care of him, and I think the audience kind of expected that as well. But so far, none of them have really had much time for him or bonded with him the way Delilah did. I imagine that must be a disappointment to him.

Yeah, it’s extremely disappointing, and it just makes him feel more alone. His parents were obviously completely loving and supportive of who he is as a person, so for him to encounter this energy… I know in my own life, when people are mean, or you just don’t know how to react to certain types of energies… it’s certainly disappointing for him. He’s been lonely all his life. But he has a strong spine, so I think he will ultimately represent tenacity.

In last week’s episode, Monty showed up in Clarke’s mindspace because she needed him. If Jordan had the chance to interact with either of his parents right now, what do you think he would say to them or ask them?

I think he would probably say: “No matter what I do now, I’ll always love you.” I don’t know that he could ask for their advice, because he’s already forming his own views on things, and he may or may not even agree with them anymore.

It’s hard to think ‘what would my mom do,’ because that might not even actually be what they would do. Jordan’s whole quest going on this new planet is to figure out who he is amongst all these people. But of course that does not dishonor who and what he parents are to him.

So I think he would just want to reiterate that he loved them. Especially because he feels such a well of guilt for leaving them to pursue himself. Which is what we do in life: we leave the nest, we leave our home, we become our own people and we do things that our parents don’t approve of or our culture does not agree with. Who we date, who we love, what we aspire to be. We have to deal with the judgement from those that we love.

And then hopefully they understand that I still love them completely; that just because I love you does not mean that I can’t love myself and who I really am. Because that’s such a disservice to who I feel that I truly am.

(A/N: Kook also gave a beautiful extended answer to this question on Twitter.)

Thank you to Shannon Kook for his thoughtful words on Jordan and The 100. The second part of the interview will be released Tuesday after the episode has aired.