We use cookies to ensure that we give you the best experience on Hypable. If you continue to visit us, we will assume that you are happy with it.
3:31 pm EDT, October 24, 2019

The 100 may be coming to an end with the upcoming seventh season, but fans won’t have to say goodbye to the world for very long.

With two of its longest running shows coming to an end — Arrow with its eighth season and The 100 with its seventh season — fans of the CW’s popular shows have had to prepare themselves to say goodbye to their favorite fictional worlds and characters.

However, fans of Arrow were delighted to learn that while they would have to say goodbye to Oliver and many of the characters they’ve come to love over the years, they wouldn’t have to say goodbye to Star City completely because The CW announced it would be creating a female-fronted spin-off series starring the two Canaries and Oliver Queen’s daughter, Mia Smoak.

Now, fans of the gritty, post-apocalyptic show The 100 will also be able to stick around a bit longer in the burned-out ruins of society, as Variety confirmed earlier today that The CW will premiere a backdoor pilot during the show’s upcoming seventh season.

The backdoor pilot will set up a potential prequel series that will be set 97 years before the events of The 100. This means the new project starts with the end of the world — a nuclear apocalypse that wipes out most of the human population on Earth — and then follows a band of survivors on the ground as they learn to cope in a dangerous world while fighting to create a new and better society from the ashes of what came before. 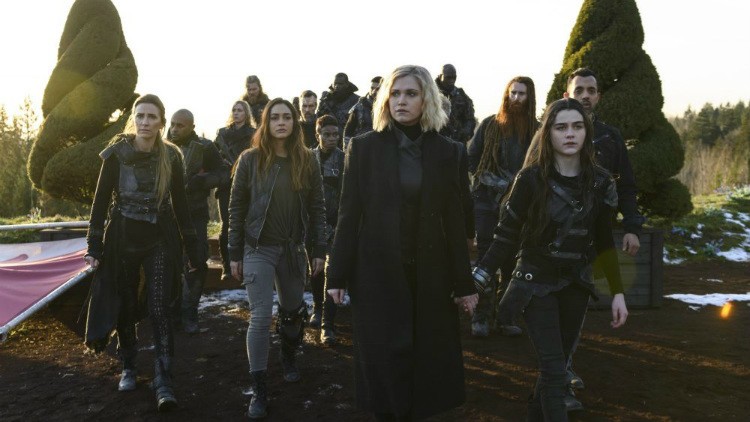 The 100 was originally inspired by the young adult novels by Kass Morgan and has been one of The CW’s most popular TV shows, inspiring an incredibly passionate fan base. It originally began as a series about a group of 100 teens who were sent down to earth as punishment for crimes committed on the space station orbiting far above the irradiated, desolate planet Earth.

Or so everyone thought. Once the teens landed on Earth, it was clear that not only was it mostly free from radiation, it was far from uninhabited. The next few seasons followed the teens — and the adults who eventually ended up on Earth as well — as they attempted to forge a life on the ground amidst a variety of internal and external turmoil and terror.

The seventh and final season will consist of 16 episodes and is slated to launch mid-season.