The Tesseract has played a significant role in the entirety of the MCU. If you’re having trouble keeping its prolific journey straight, we’ve put together a complete timeline of where it’s been.

The Tesseract has influenced several storylines throughout the Marvel Cinematic Universe, acting as the catalyst for moments from Captain America: The First Avenger, to the first Avengers movie, all the way through to Endgame.

Keeping a timeline of where—and when—the Tesseract has been is a daunting task, but we’ve done all the hard work for you. With Disney+’s Loki creeping up fast, revisiting the milestones of the Space Stone’s journey will likely prove to be important. 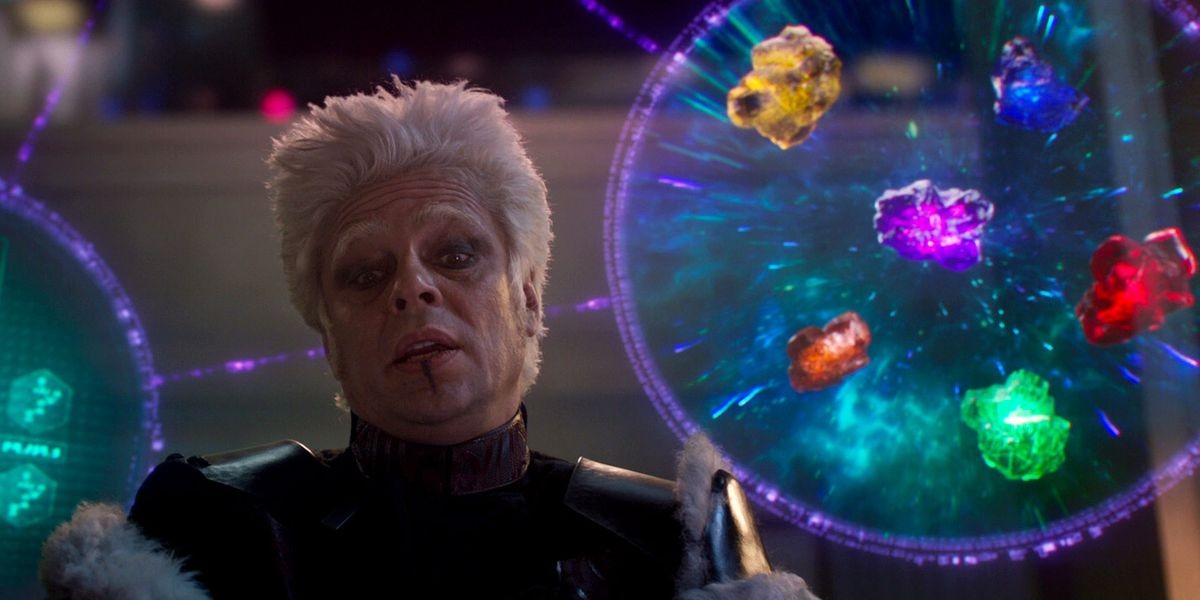 Six singularities existed prior to the universe’s formation, related to different aspects of existence: space, reality, power, soul, space, and time. The Cosmic Entities, a group of primordial beings, then concentrated them into six crystals of immense power. The Big Bang sent these crystals hurtling throughout the universe, including the Space Stone. 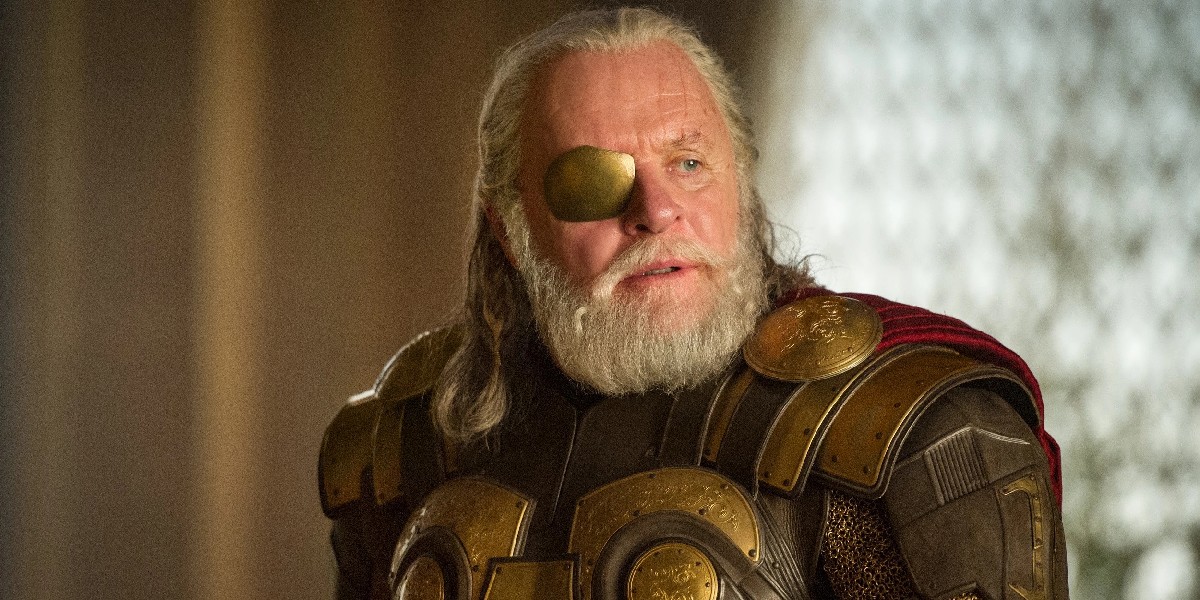 At an unknown time, the Asgardians acquired the Space Stone. It is now contained within a vessel called the Tesseract. This becomes the jewel of Odin’s vault, which should give some indication of its power, considering all the artifacts we’ve seen on Asgard.

Around 965 A.D, Norway: The Tesseract arrives on Earth 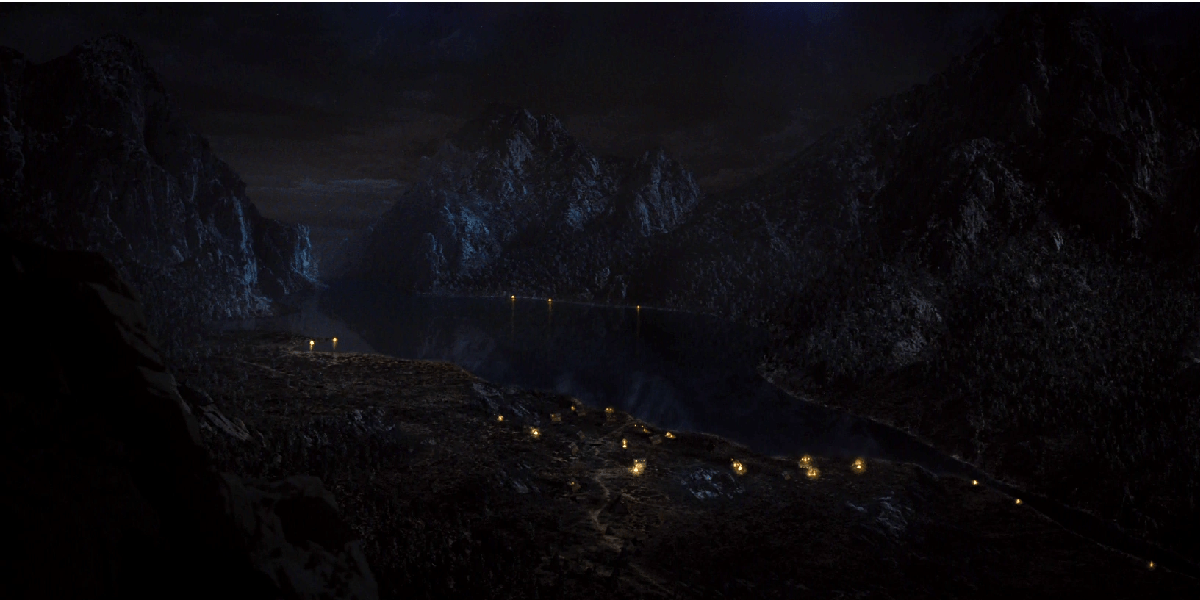 Around 965 A.D. in Tønsberg, Norway, the Asgardians left the Tesseract on Earth. It fell under the care of the humans who worshipped the Asgardians as gods. This is where much of Norse mythology comes from! 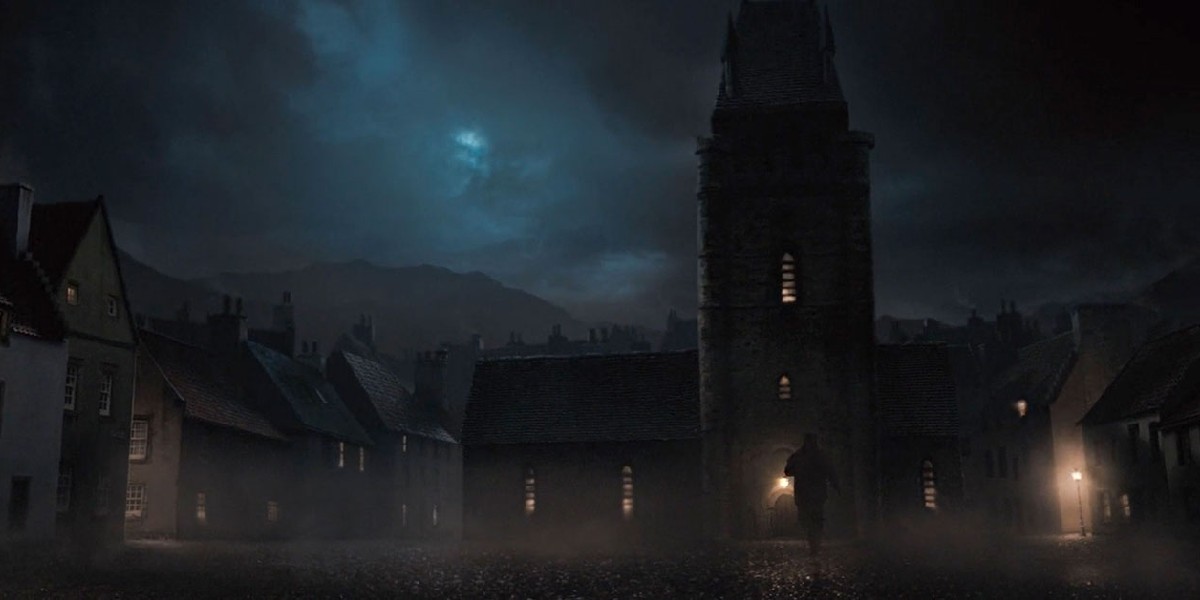 Hydra agent Johann Schmidt—aka Red Skull—takes the Tesseract from a church in Tønsberg, Norway, where it had been kept save for generations. Arnim Zola unlocks its powers, and Hydra utilizes it as a weapon in an attempt at world domination.

1945, Arctic Ocean: The Tesseract is lost 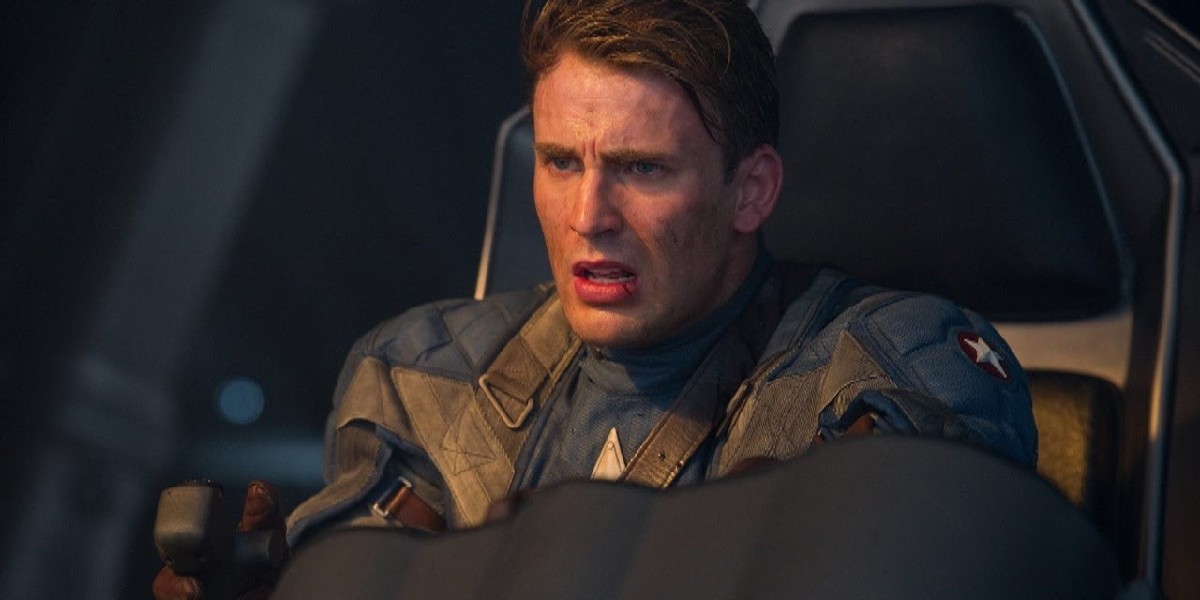 Following a battle between Red Skull and Captain America over the Arctic Ocean, in which Red Skull is transported to Vorimir and becomes the keeper of the Soul Stone, the Tesseract burns a hole through the floor of the Valkyrie and drops into the waters below. Captain America crashes the Valkyrie into the ocean shortly afterward, ultimately becoming frozen in ice for 70 years. 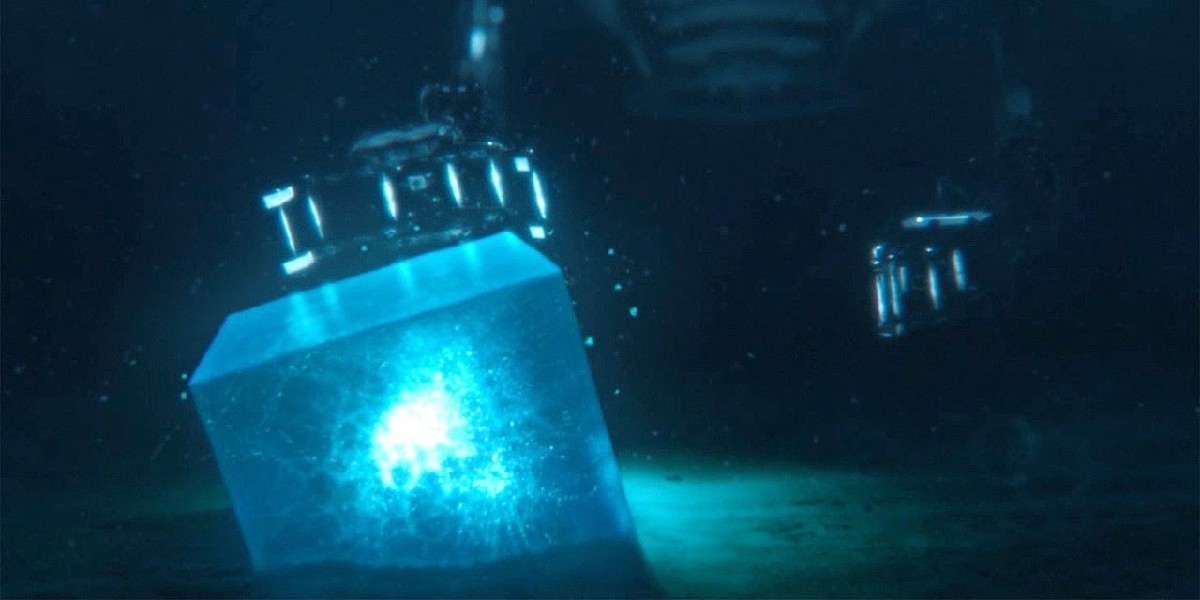 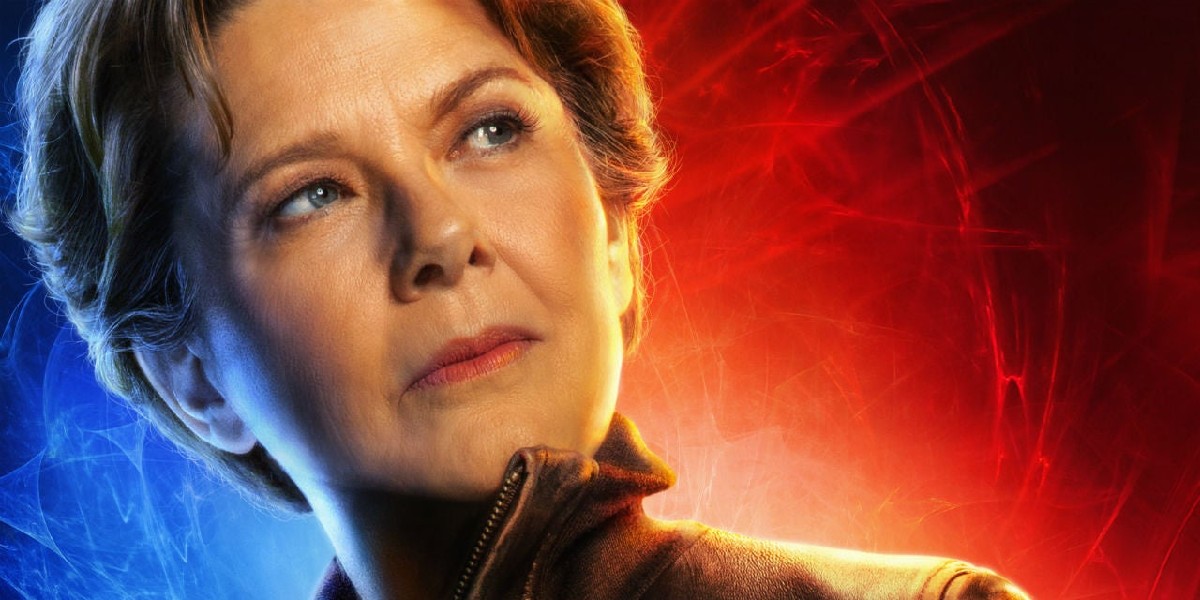 The United States Airforce and NASA start a joint operation known as Project PEGASUS, after the Tesseract comes into the possession of the government. Dr. Wendy Lawson, a disguised Kree scientist, attempts to use her research to create a lightspeed engine in order to end the Kree-Skrull war, and relocate refugee Skrull to a new home. At some point, Lawson relocates the Tesseract to her hidden research facility in Earth’s orbit. 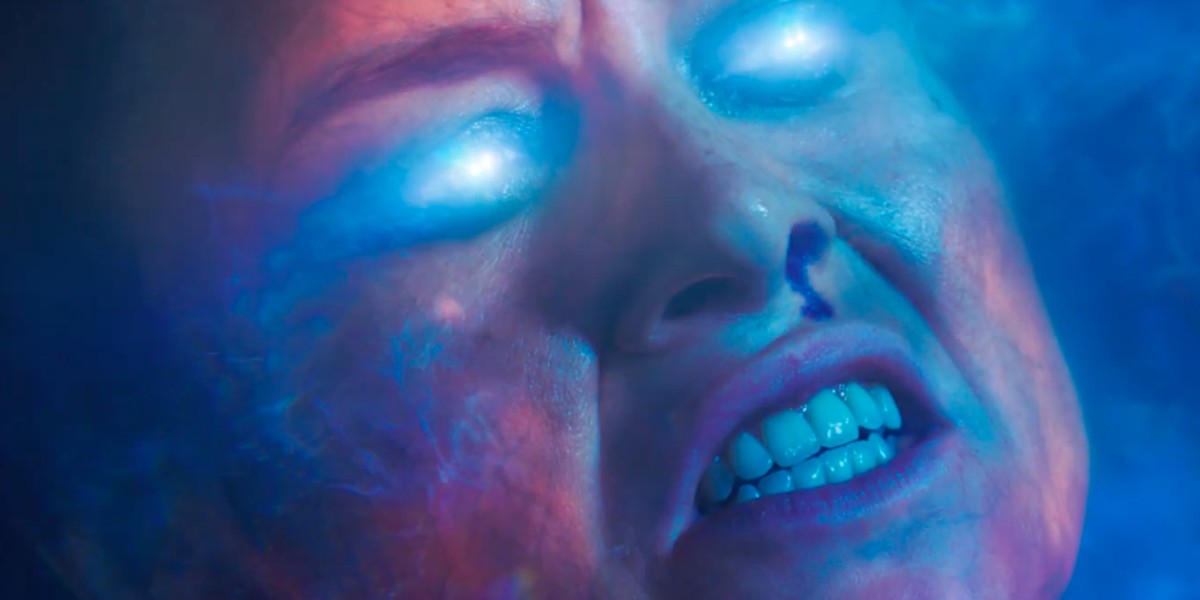 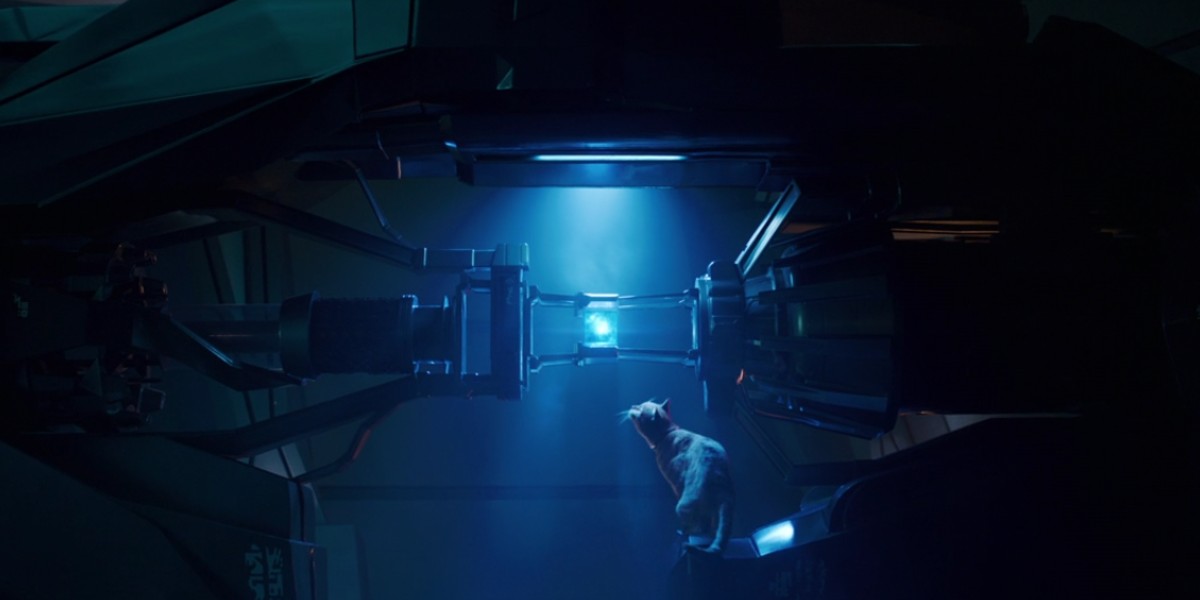 After Carol Danvers crash lands on Earth, and discovers the truth about her past, she works with Nick Fury to retrieve the Tesseract from Lawson’s (aka Mar-Vell) research facility. Mar-Vell’s Flerken, Goose, swallows the Tesseract and stores it in a pocket dimension in its stomach. 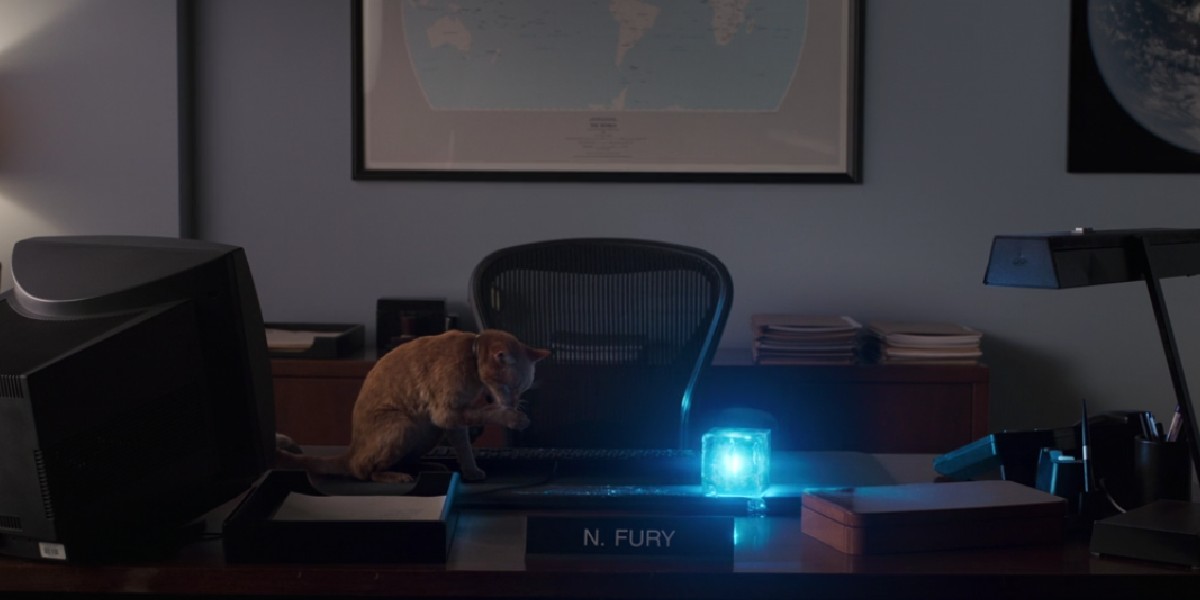 The Tesseract is left in the care of S.H.I.E.L.D., via Nick Fury and Goose (who later regurgitates it), and Project P.E.G.A.S.U.S. is restarted. 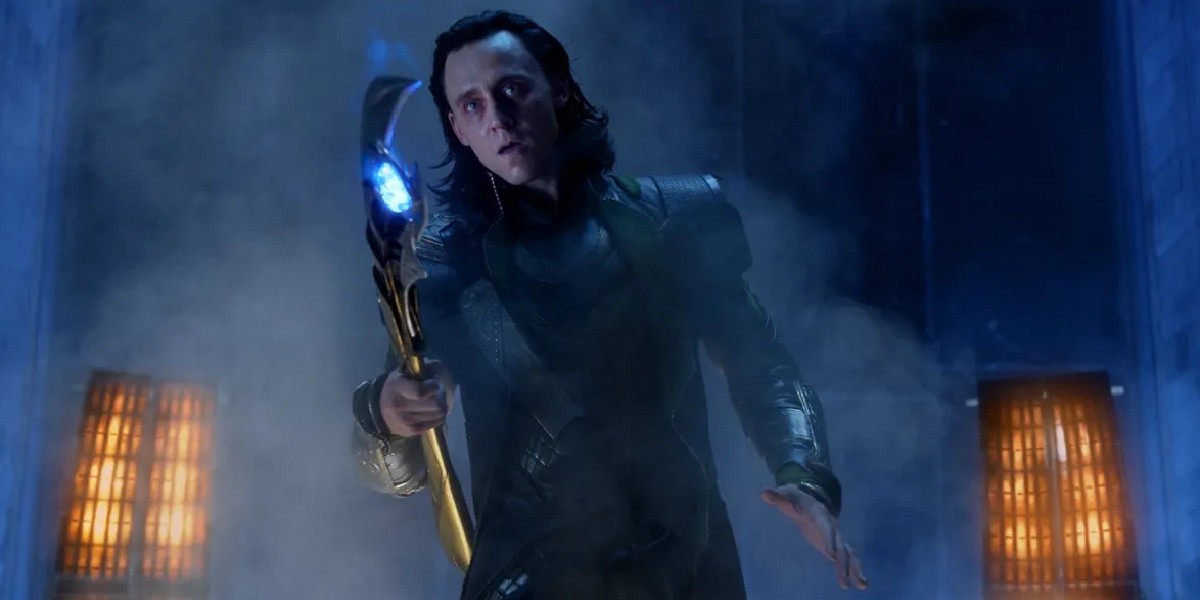 Following the events of Thor, the World Security Council orders Fury to create weapons from the Tesseract. Loki, on behalf of Thanos, infiltrates a S.H.I.E.L.D. facility in the Mojave Desert and steals the Cube. 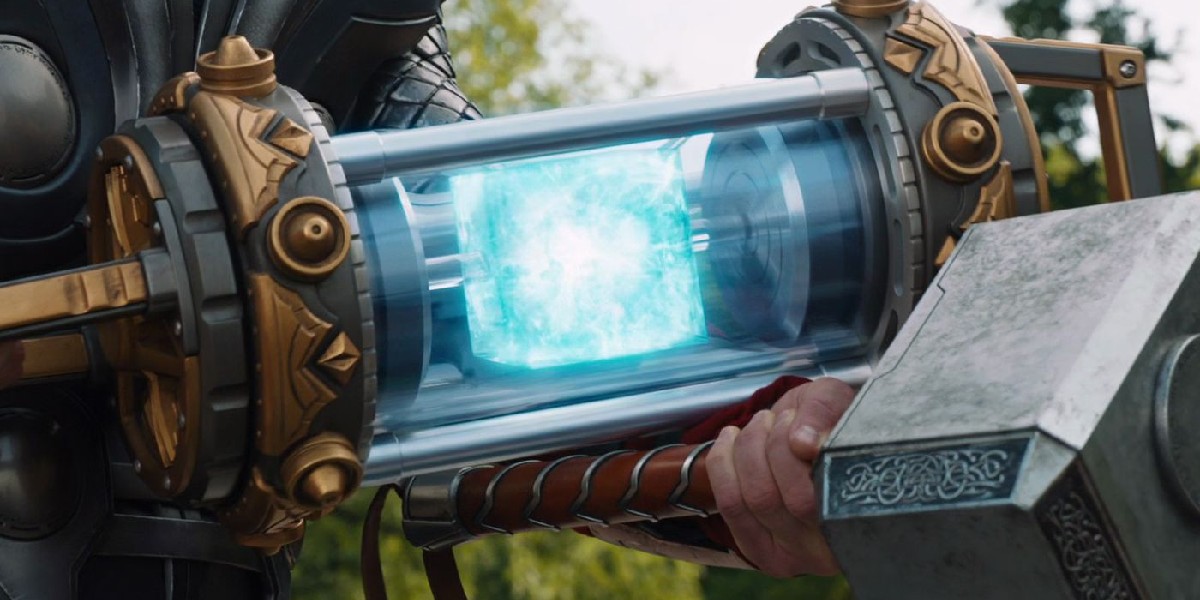 The newly formed Avengers team defeats Loki in the Battle of New York. The Tesseract is taken by Thor back to Asgard, where it is reinstalled in Odin’s vault for safe keeping after Heimdall uses it to repair the Bifrost. 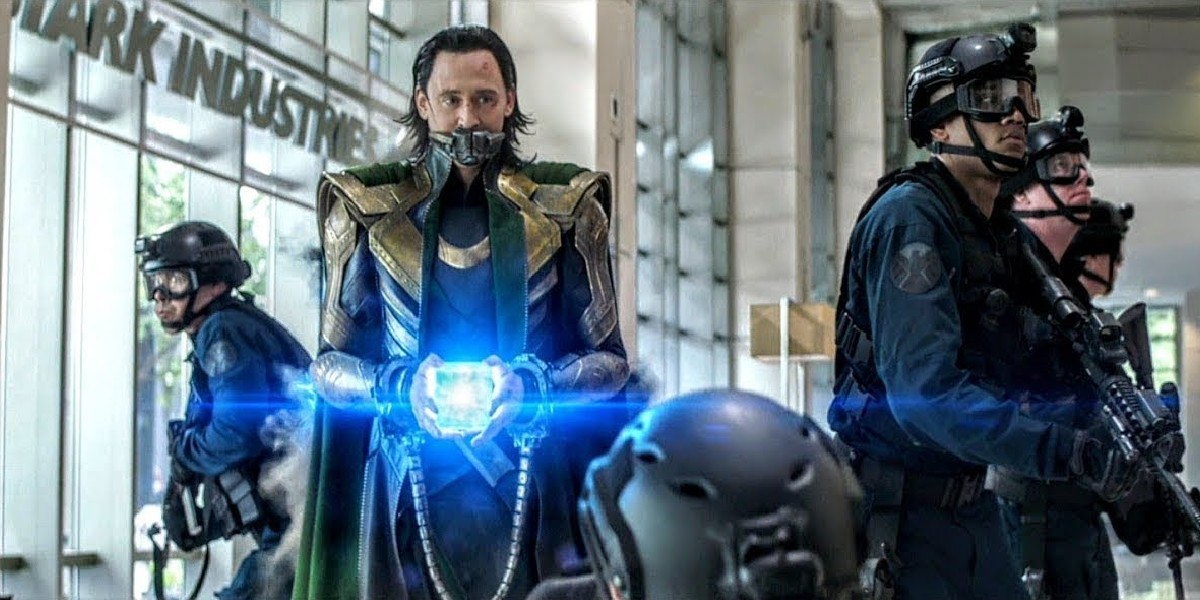 During the events of Endgame, the Avengers go back in time to steal the Infinity Stones and bring them back to the present. They fail to do so in 2012, during the events of the first Avengers movie, where Loki picks up the Tesseract and disappears into a wormhole, thereby creating an alternate timeline. 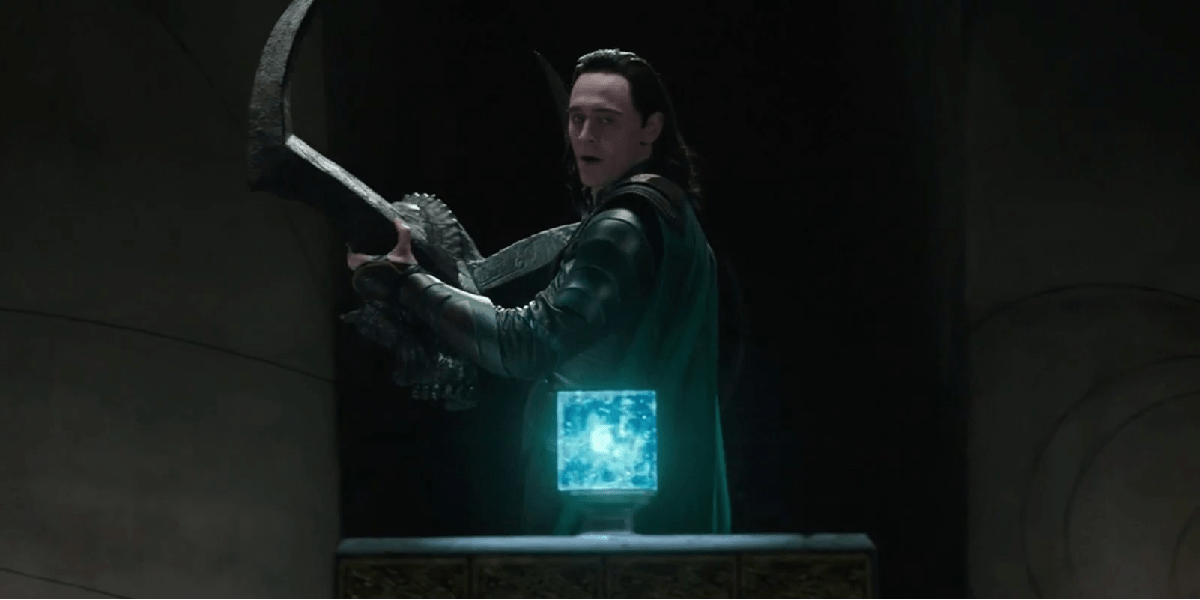 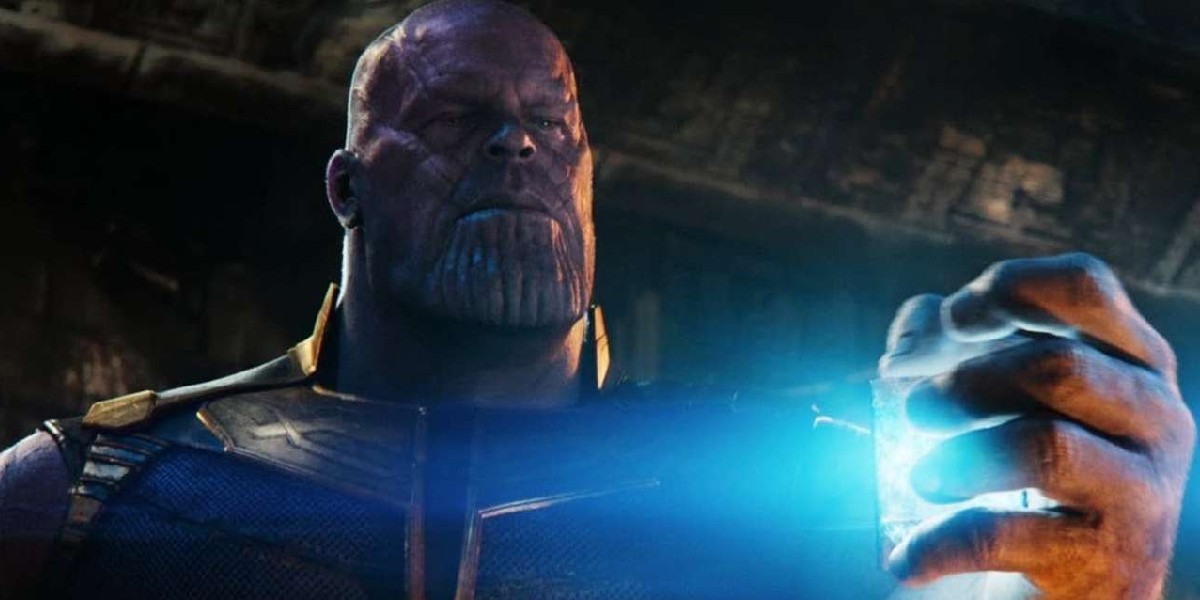 In a bid to obtain all of the Infinity Stones, Thanos attacks the Statesman. Thanos kills Loki and half of the Asgardians on board, and crushes the Tesseract to reveal the Space Stone. He places the stone into the Infinity Gauntlet. 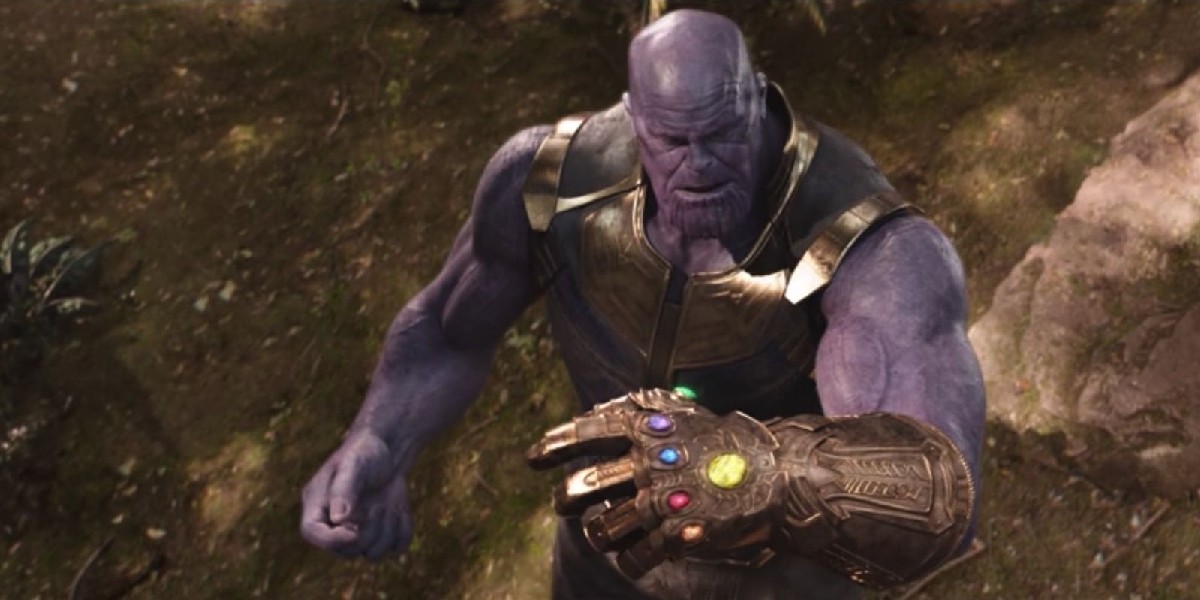 Thanos uses the Infinity Gauntlet to manipulate the Stones’ powers to kill half the universe. After the Snap, the stones are destroyed. The Avengers track down Thanos and kill him, believing there is no hope of returning those lost to the Decimation. 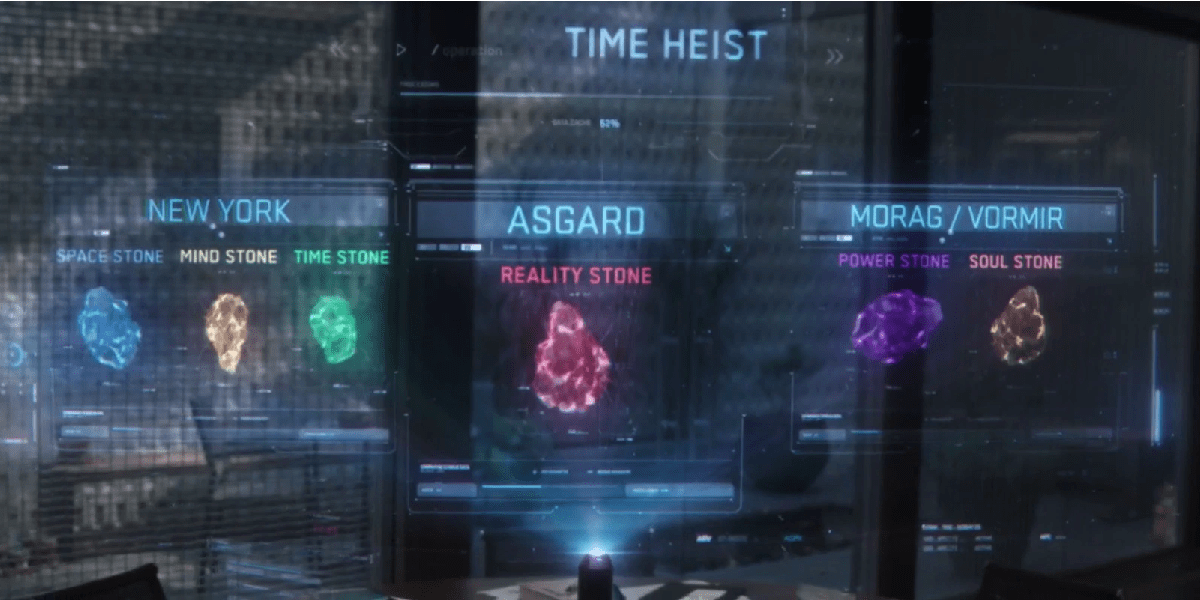 In order to defeat Thanos, the Avengers go back in time to steal the Infinity Stones. After a failed attempted to retrieve the Tesseract in 2012 (mentioned above as an alternate timeline), Steve, Tony, and Scott travel back further to Camp Lehigh in 1970, where they are successful in returning the Tesseract to the present. 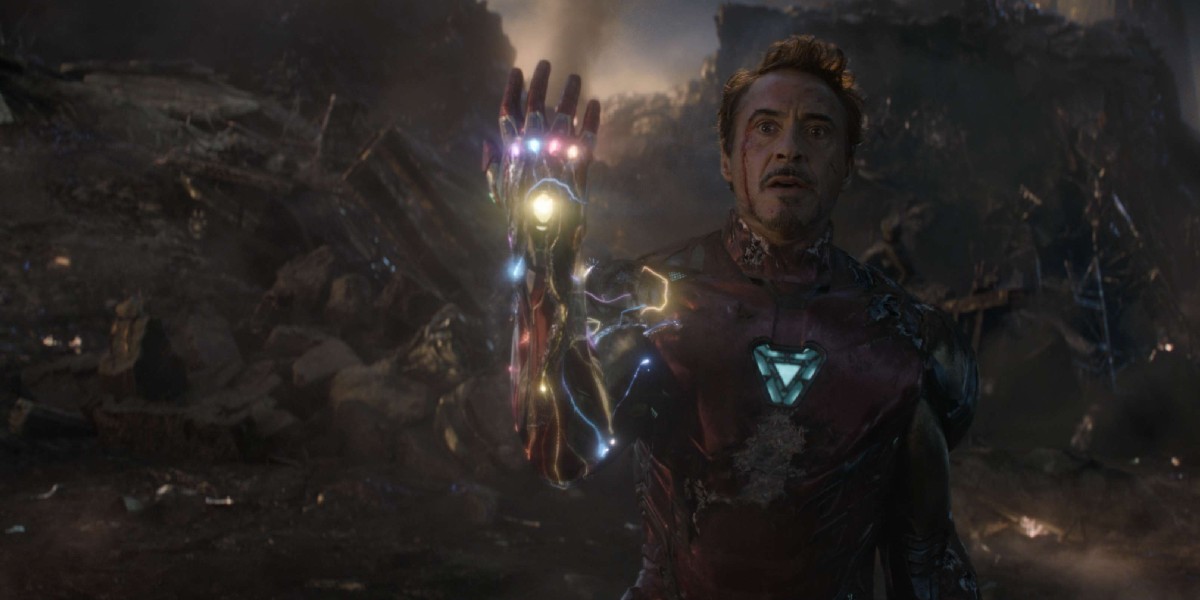 Shortly after using the Nano Gauntlet to bring back all those who were lost during the Decimation, a version of Thanos from 2014 travels to 2023 to fight the Avengers. Iron Man uses the gauntlet to to defeat him and his army, and then the Avengers return the Infinity Stones to the points in time where they recently retrieved them.

The future of the Tesseract in the MCU 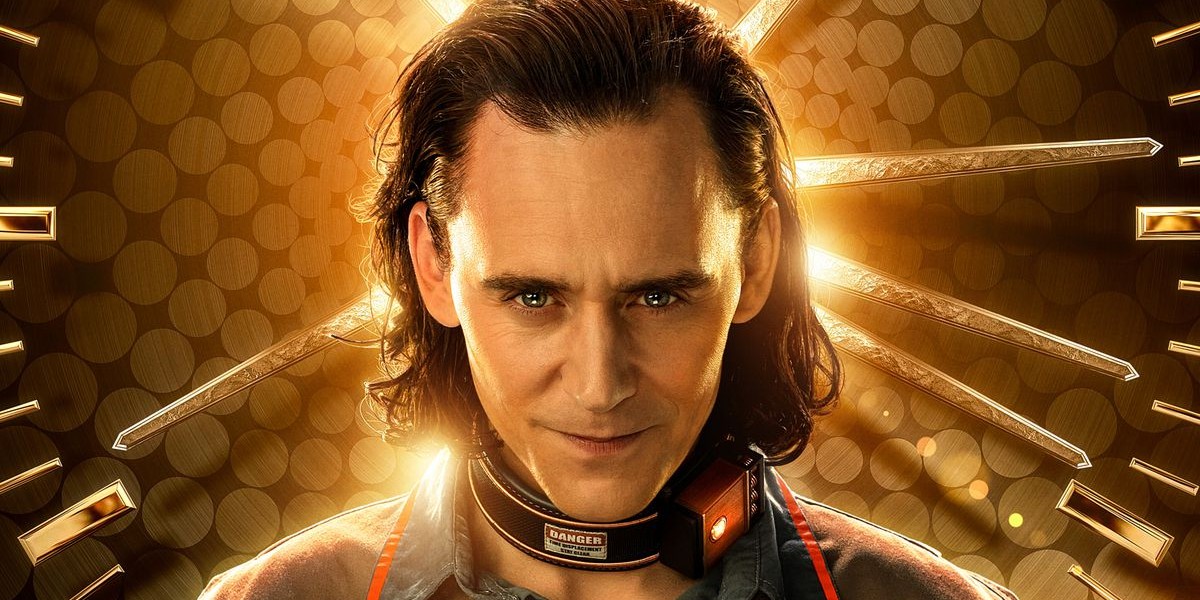 In the current timeline, the Infinity Stones are destroyed. After Thanos’ defeat, the Space Stone was returned to 1970, albeit without the Tesseract vessel. The only outlier now is the version of the Tesseract Loki escaped from into an alternate timeline. This will be the basis of the show Loki.

The series will follow Loki over the course of six episodes, airing on June 11, 2021. We will see everyone’s favorite anti-hero come before the Time Variance Authority, where he’s given a simple choice: be deleted from reality for his crimes against the timeline or help them catch an even greater threat.

We’ll have to wait to see what becomes of the Tesseract—will the TVA return it to its proper place, or will it use its power to their own end?

Loki will also tie-in with Doctor Strange and the Multiverse of Madness (March 25, 2022), in which Doctor Strange will continue to study the Time Stone. With time travel now on the table for the MCU, the Tesseract is never too far out of reach.