Clementine has had just about enough of everything trying to bite her.

I’m going to just get this right out at the start: The Telltale game engine is showing its age. It’s clunky and is a constant distraction during literally every pivotal moment of the game.

That’s not to say that there aren’t emotional punches to Telltale’s The Walking Dead final season. I wasn’t moved like I was in the first three seasons, perhaps because I’m at a stage of misery-porn fatigue.

It’s appropriate that Telltale’s The Walking Dead saw a completion to its final season. The first episode of season one released in 2012, giving players seven years to digest the fact that they have the power to make some of the decisions that matter.

I found myself becoming a bit numb to the whole “AJ will remember that” effect. I used to care that I could do no right in Clementine’s eyes, but now that AJ is a walking, talking, capable child, I don’t think the same effect translates over to the orphan.

Dear god what is that behind Clem after "then it's settled"??? #TWDG #PS4share pic.twitter.com/y6IjcEKBxZ

There are visible seams that come apart in this disjointedly developed choose-your-own-adventure, with most of it stemming from the fact that this finale travels a lot less than any of the previous seasons.

Instead of trains and horseback travel, Clem and AJ are on foot, taking away from the adventure and excitement of exploring new locations with new group dynamics. It felt like a safe choice for the series finale, and one that left me wanting more.

A particularly frustrating moment for me was a glitch where the game would completely freeze if I tried to make a fairly important choice with the more moral, or “better” option. I not only lost trust in the game that this wouldn’t happen again, but was also forced into a completely different emotional trajectory because of this glitch.

There are multiple #TWDG glitches. You literally have to spoil yourself to avoid them. pic.twitter.com/CkcVbl4ytY

For a game that relies so heavily on packing emotional punches and developing characters from the decisions that you make, that’s a major issue.

The characters introduced in this season were somewhat interesting, with the premise being that Clem and AJ stumble upon a group of Lost Boys and Girls at a boarding school for troubled children. I will stay out of spoiler territory here, as I feel not knowing anything about the ways in which events unfold is pivotal in enjoying what you can from this disjointed video game.

Facial animations are on point, a feat that isn’t always accomplished in even the most sophisticated of video games. Clementine is pissed, having learned hard lessons from her past ventures, but still has a bit of a soft side to help appeal to AJ’s nurturing. 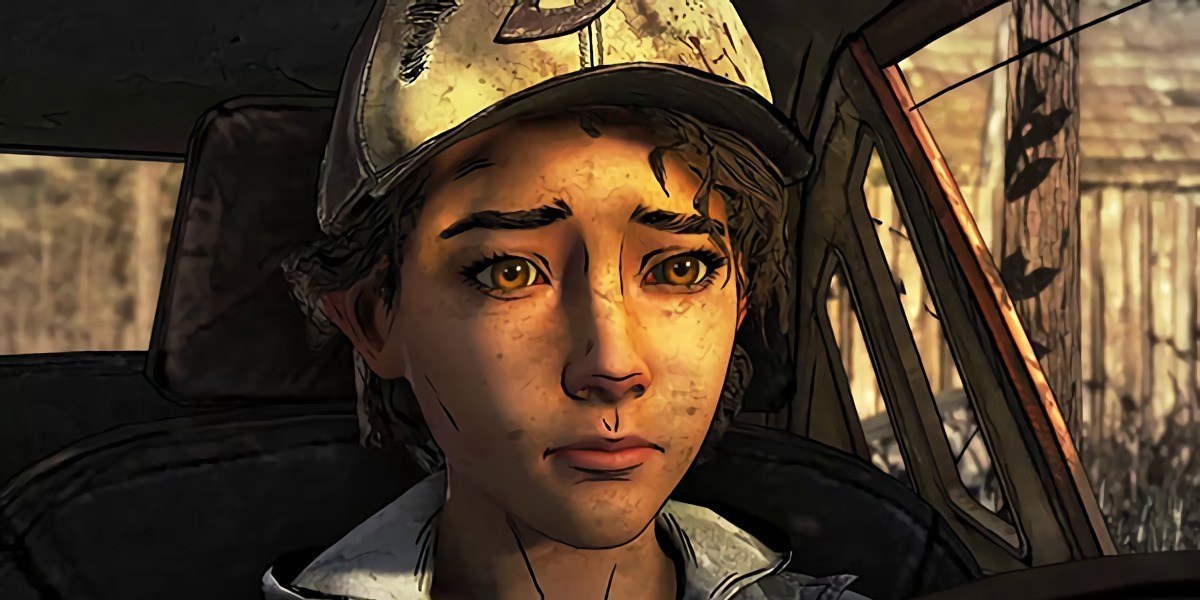 The quicktime action sequences are hit or miss, as they’ve always been. We have to keep in mind that this series used to be playable on iPads. It’s odd to think of any epic and finessed action sequence working on a tablet screen, making the decision to progress on the Switch, PS4, PC, and Xbox One a wise one.

A new element introduced in the fourth season is collectibles. Some you can interact with, which is a cute effect that breathes some life into the otherwise stilted sets.

With a series as emotionally driven and storied as Telltale’s The Walking Dead, it felt like Skybound was trapped into bringing elements of the first season into the series finale. Unfortunately, most of these callbacks felt forced, with Clementine remembering much more than audiences have the grace of recalling from five or six years ago.

The final action pieces have a little bit of flair to them, with one particular moment shocking me. It felt nice to not know what was coming next, but as it ran, I found many plot holes that brought us to the dramatic finale.

I did enjoy Telltale’s The Walking Dead a bit, but I’ve enjoyed playing through other seasons a lot more. It’s worth playing if you’ve already invested the time into the other three seasons, but if you haven’t touched the series yet, it might be best to leave this zombie tale in the graveyard.