Consider yourselves warned, there may be a spoiler or two ahead!

Seriously, go watch this episode and then come back and read all about the pretty damn fantastic Ted Lasso season 2 premiere.

Because I don’t want to spoil anyone on all the crazy goodness of Ted Lasso, I will start by just saying this: Ted Lasso season 2 has not lost a single effing step. Ted Lasso season 2 is every bit the feel good, hilarious extravaganza of football jokes and ‘American in London’ gags that made us all laugh and cry the first time around.

Related:Ted Lasso quotes that will change your life

Everyone is back and moving full steam ahead. There is a bit of a time jump between Ted Lasso seasons 1 and 2, but you don’t really feel like you’ve missed a whole lot. The team is back on the pitch, Ted is every bit the warm-hearted, encouraging force we already know him to be, and everyone else is moving right along. 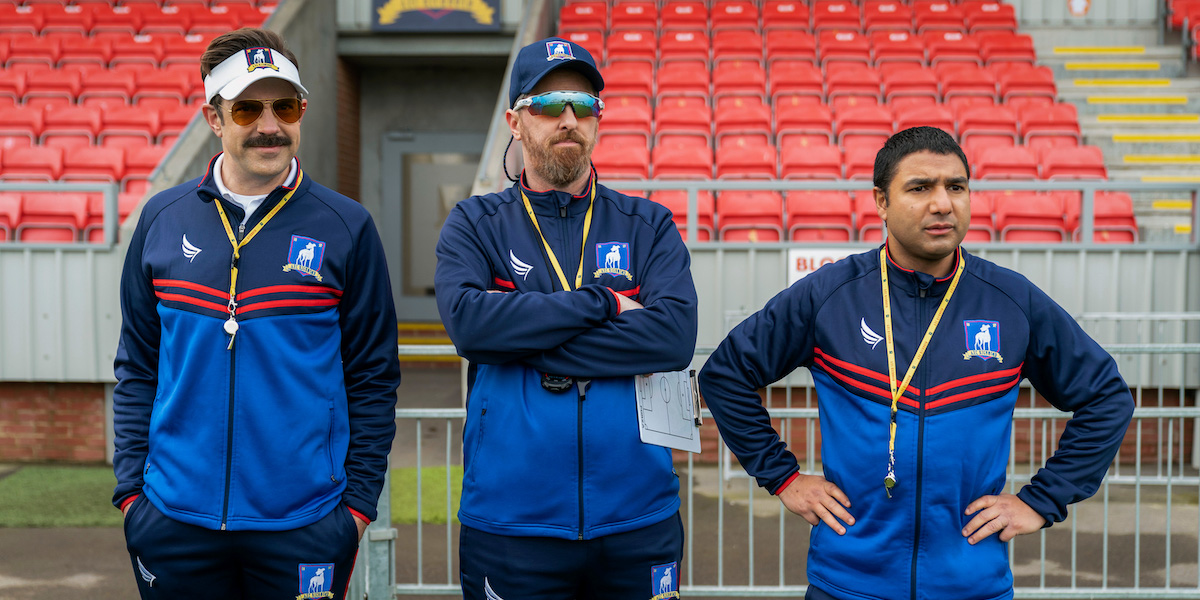 We get our first glimpses at a settled in Coach Nate the Great. I think his story has the potential to be the most stunning of the entire series. His rising in the ranks from kit man to assistant coach is remarkable, but watching how he both embraces and shrinks from power as Ted Lasso progresses will be an invaluable arch to see unfold on screen. I sincerely hope His role in season 2 will be equal parts surprising and funny. I’m beyond intrigued to see where the show takes him as we move further and further into season 2.

There’s a new team member whose cultural differences provide a large amount of frank, but honestly funny moments. It’s one thing to bring in a controversial team member. That could have worked, but instead, the creatives behind Ted Lasso brought a character whose cultural frankness is not meant to offend, but is simply a characteristic of the world he grew up in. It allows for some starkly funny scenes and a new vibe for a new Richmond team.

We also usher in a new era for a guy whose priorities have changed pretty significantly since the Ted Lasso season 1 finale. I’m of course talking about Jamie Tartt. He went from Richmond team golden boy to starting for Manchester City to, well, a reality show? There’s definitely a story we’ve not heard yet about that change.

We get to see what Roy and Keeley are up to in the Ted Lasso season 2 premiere, including some new adventures for both of them, and all the supportive, loving dedication we saw as they courted each other last season. Also, I’m excited to report a first glimpse at Roy’s yoga ladies that we so infamously heard about in season 1. 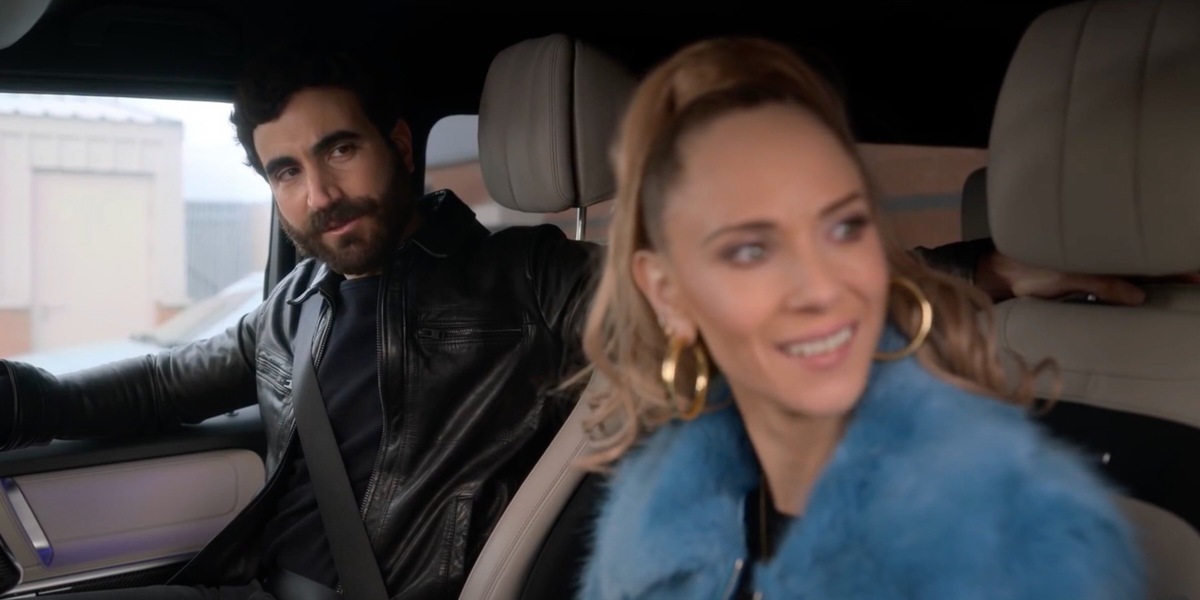 And not only are they supportive toward each other, but Roy has a specifically wonderful moment where he sticks his neck out to help a fan favorite character realize their own worth. A moment that had my jaw dropping, followed by a twinge in my heart for the care and love even the grumpiest of Ted Lasso‘s characters is capable of. I can’t bring myself to spoil it anymore than that, so just watch and enjoy.

Roy is one of the most complicated and wonderful characters on television right now. He’s gruff and hard-shelled, but put the smallest crack in that candy shell and the smooth, warm center just oozes right out, whether you are begging for it or not. I would go so far as to say Roy Kent is my favorite character on TV right now, not to mention my favorite on this show. I cannot wait to see where season 2 takes him from here.

I’m also down for some of the changes to season 2 that I definitely didn’t see coming. The focus on the team’s mental health after a traumatic event reminded me just how delicately Ted Lasso has addressed all a person’s needs. How refreshing to see a coach concerned with his players’ entire lives. Even if he himself isn’t a big fan of certain aspects of the mental health field, he doesn’t hesitate to encourage his players to do what is best for each of them in the long and short run.

Basically, Ted Lasso season 2 is every bit as great as it was in season 1. And I have no reason to believe that won’t continue to be the truth the further we press into the season. And having had the privilege to see a couple more of the upcoming episodes, I can say Ted Lasso season 2 will continue to delight and inspire us all as much ever before.

So, until next week, watch and rewatch Ted Lasso season 2, episode 1 and prepare for more from Beard, Roy, Ted, Rebecca, Keeley, Nate, and all the rest. It’s sure to be one hell of a season, football-wise, and in every other way, too.