Taylor Swift’s Miss Americana shines the spotlight on the truth of a woman who’s lived her life in it.

Ever since Taylor Swift released the Reputation album in 2017, the world has seen a different side of the artist. The album served to shatter her perfect popstar persona, setting her free to be the woman she’d been hiding behind the “good girl” persona she was taught to have.

The Lover era was a continuation of that metamorphosis. With her latest album, Taylor Swift owned up to her flaws and insecurities like never before, found her political voice, and explored songwriting from a position of happiness, fulfillment, power and true vulnerability.

Related: Taylor Swift albums in order: The complete guide to all her songs

With Miss Americana, Taylor Swift is opening up even further, letting fans into every corner of that transformation. As she’s always been so good at doing, she (along with director Lana Wilson) tells a compelling story beginning with the formation of the armor of her image and exploring all of the chinks that led to her eventual emancipation from it.

Miss Americana opens with what is pretty much the most “Taylor Swift” scene you could imagine: the artist playing the piano while her adorable cat, Benjamin Button, dances along the keys. It’s the very definition of Taylor’s happy place. Filled with music and meows. 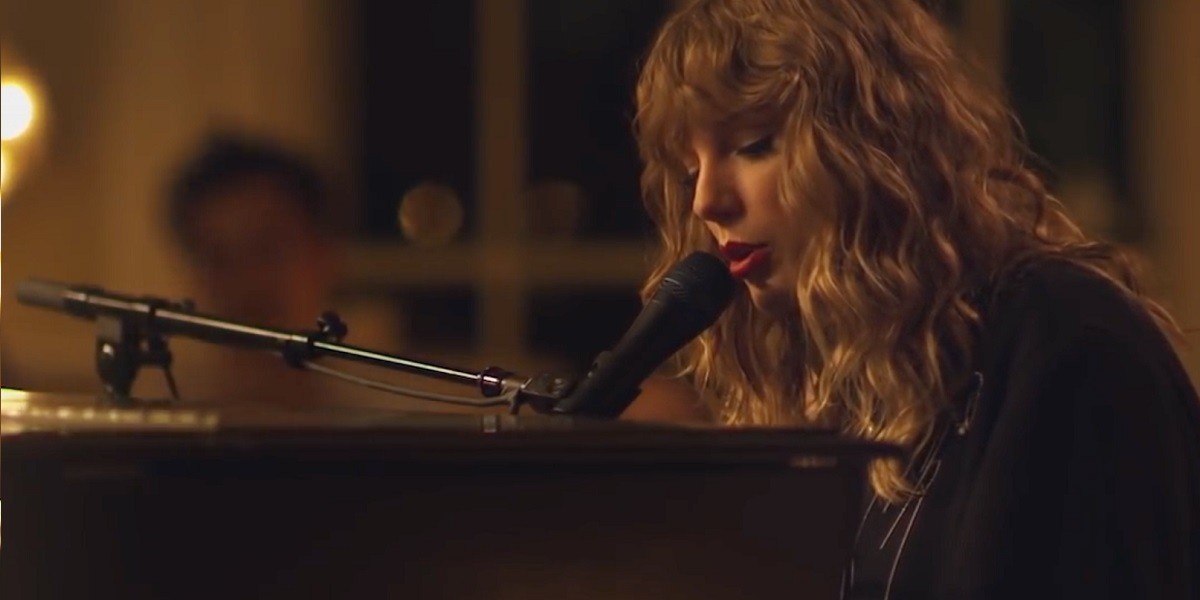 Throughout the film, she also lets you see the places that aren’t so happy. Miss Americana definitely doesn’t shy away from Swift’s less than purrfect times. The documentary takes on everything from the singer’s sexual assault trial, Kimye controversies, her decision to become more political, her mother’s health, her dating history, her eating disorder, and everything in between.

The documentary features a clip of Barbara Walters reading a quote that declared, “Taylor Swift is the music industry,” and that, in a nutshell, is what Miss Americana is about. It holds a lens up to the crushing highs and lows of the industry that built Taylor Swift and so many before and after her, and the part that she played in both sides of it. It explores how intrinsically linked she is to the industry she’s part of and the ways in which it’s a reflection of society as a whole.

Taylor Swift articulates her relationship to fame with an elegant honesty that’s unique and rare for someone who’s still in the height of it. While she did not fall into some of the traps that fame carves such an easy path toward, such as drug abuse, celebrity served as its own form of addiction for her.

She speaks with regretful reflection on how the fulfillment she got from the world’s collective applause caused her to become the person who everyone wanted her to be, neglecting the truth of who she was. She kept quiet and refrained from sharing her opinions for fear of not being seen as a “good girl.” For her part, her thirst for approval drove her to an impossible body image and shallow relationships, leaving her sick, lonely and lost.

There’s very little in Miss Americana that will surprise true Swifties who have been paying attention, but there were a few things that unexpectedly struck me. One of these was how integral feminism was to the core of the film. 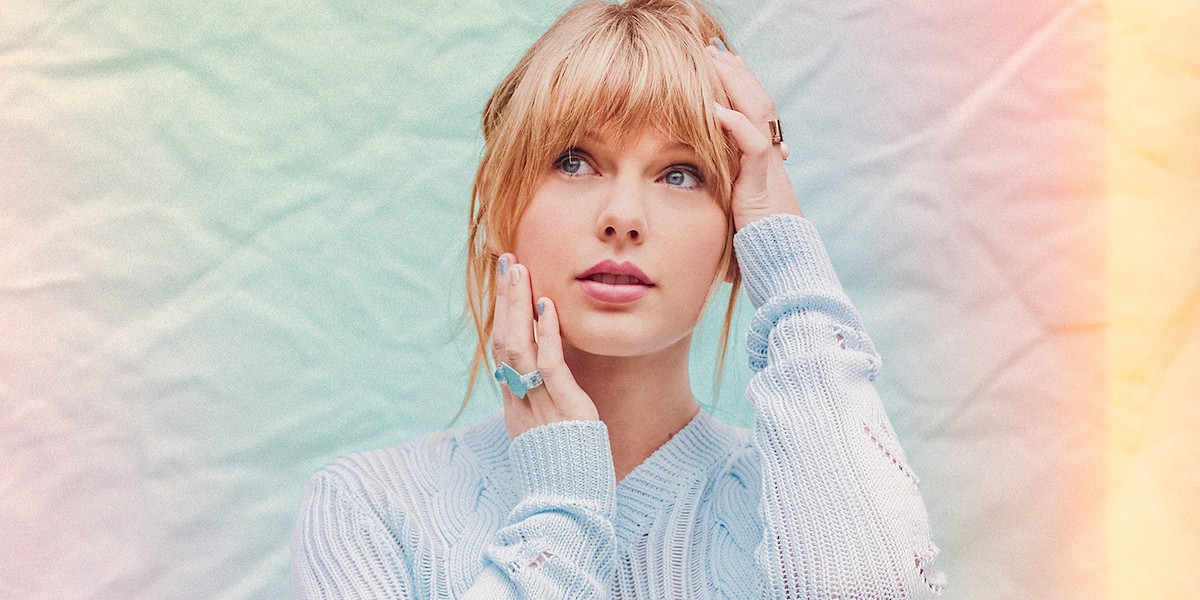 Taylor Swift doesn’t bring up her sexual assault trial against DJ David Mueller until at least halfway through Miss Americana, but as soon as she mentions it, it’s abundantly clear how big a role it played in the woman she is today and the choices she’s making. She speaks about the trial as extremely “dehumanizing,” and the treatment she received has clearly given her a firm foundation to stand on and stand for.

Her choice to speak her mind in regard to politics stems from the threat of the rights of women and LGBTQ+ individuals being compromised. Her interactions with the media have changed in response to her revelations about how people view women as a “shiny new toy for two years” and “not smart enough to debate.” Her relationship to her own body has transformed as she’s been able to take ownership over it.

One thing that Miss Americana does effortlessly is showcase the outstanding breadth and depth of talent that Taylor possesses. Some of the best parts of the film are clips of a much younger Taylor Swift singing songs that she wrote “literally five minutes ago” and segments of the artist writing songs with her production partners like Joel Little, Jack Antonoff, and even Brendon Urie!

The heavier and emotional segments of Miss Americana are overlaid and interspersed with these moments where her raw, undeniable talent is laid bare and her abundant joy is contagious. I dare you not to smile when Taylor Swift screams with excitement upon creating the perfect chorus. No matter how dark the subject matter gets, these scenes keep the documentary grounded in the feeling that it’s all worth it. Even if some parts make you feel like you just need to hug and/or warn the little girl who exclaims “I AM HAPPY” when she gets her first guitar for Christmas.

Don’t be fooled by the subject matter, Miss Americana does not ask you to see Taylor Swift as a victim. It’s simply an account of all of the amazing and awful things that have made her the artist and person she is now. She doesn’t even offer commentary on many things, notably her dating history and the infamous recorded phone call. That’s because these are simply side effects. They’re neither the cause nor the endgame effect that are important. 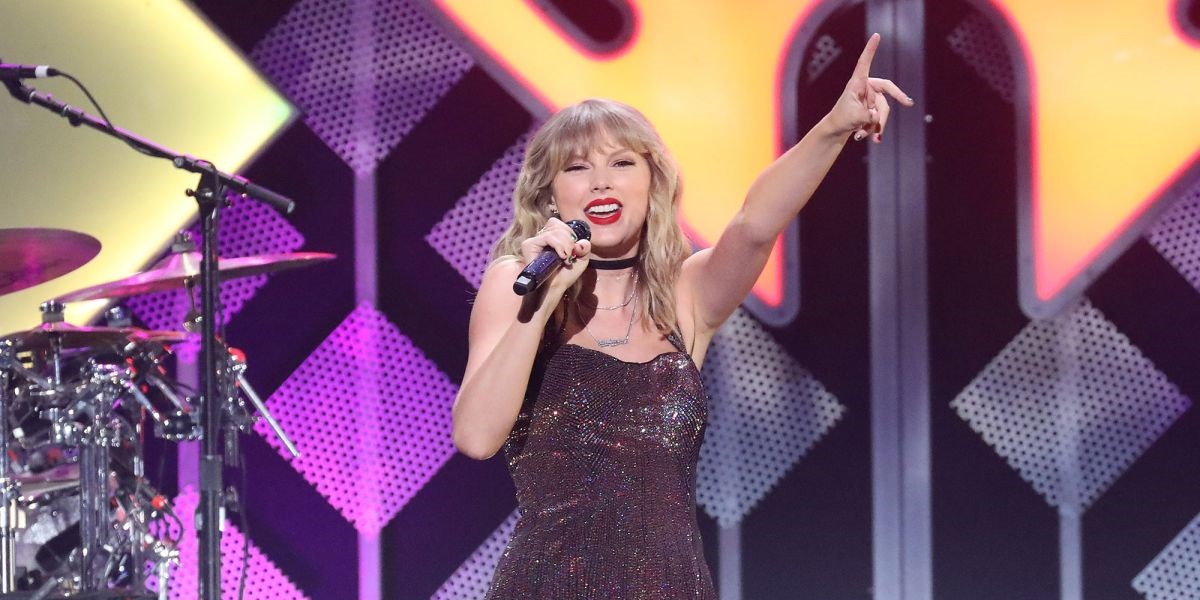 Miss Americana is not shiny. It’s a nuanced and raw account of a woman who took a long time to figure a lot of things out, and who still has a lot to learn. Refreshingly, there’s no real conclusion to the film. Because no, this 30-year-old woman’s life isn’t now tied up neatly with a sparkly pink bow. The movie shows some of the cracks that still need to be filled; the lessons that have yet to be learned. Taylor Swift has allowed herself to be shown as a work in progress.

Related: Taylor Swift’s “The Man” is an essential track on Lover

In the end, she vows to go forward with a “sharp pen, thin skin, open heart.” All of these qualities are shown clearly in highlights from the documentary such as a personal video of Taylor singing “Call It What You Want” to her boyfriend and mouthing “I love you,” an emotional scene where she cries to her father about sharing her political beliefs, and time spent in the studio searching to connect with anyone and everyone.

She speaks with a self-awareness of a woman who has confidence in what she’s working with, a sense of what’s important, and an awareness of the possibilities the future can hold, both good and bad. She has a point of view that’s worth hearing and a story that’s definitely worth watching.

Taylor Swift fans will love Miss Americana for the window into the artist’s life and work that if offers. Non-fans will be able to appreciate it for the storytelling, humanity, and insider insight into the music industry and fame. People who are simply searching for a scandal will likely be disappointed. She’s done living her life for your entertainment!