After a sweet and fun return to ease us back into the world of Supernatural last week, things are heating up pretty dramatically – I knew there wouldn’t be much more time for messing around.

“Gimme Shelter” sees Supernatural dip its feet into what the Winchesters currently believe is their big plan – eliminating Chuck by also taking down Amara, resulting in what they believe will be a cosmic-being-free balanced world. But first, they have to find her. Sam and Dean get a pretty good lead on her location, which results in a very interesting conversation between Amara and the boys – especially with her most favoritest Dean, of course.

Meanwhile, Castiel is persuaded into taking Jack to investigate a nearby case in Missouri – which all three adults suspect is probably the work of a human criminal – for the sake of humoring Jack and keeping him both busy and supervised. On the way home, they have a very interesting conversation of their own. 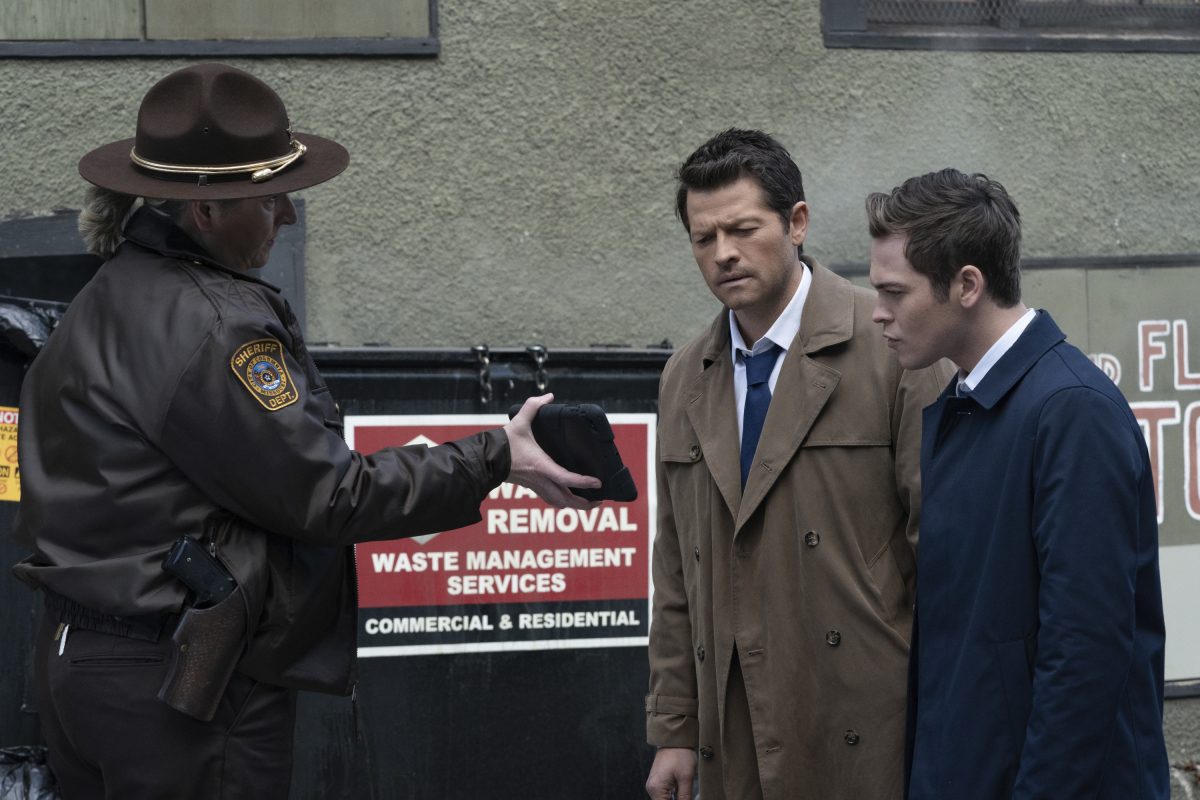 Spoiler Warning: This article contains generalized spoilers for Supernatural season 15 episode 15, “Gimme Shelter.” If you do not wish to be spoiled at all, do not read this article in advance of the airdate.

If you want to know what to expect from this week’s Supernatural, here’s 10 teasers plus 15 single word clues from our advance viewing of Supernatural season 15, episode 15 “Gimme Shelter.”