We use cookies to ensure that we give you the best experience on Hypable. If you continue to visit us, we will assume that you are happy with it.
12:44 pm EDT, August 7, 2019

As Supernatural prepares to wrap up its amazing 15 season run, the realization that everything is ending has begun sinking in, and the cast and crew are coming to terms with saying goodbye.

When Jared Padalecki, Jensen Ackles, Misha Collins, and Alexander Calvert sat down at the recent Television Critics Association Summer Tour along with executive producers Robert Singer, Eugenie Ross-Leming, Brad Buckner, and writer Andrew Dabb, the room felt different. Where this same ballroom had hosted panels on what was coming next season on Supernatural so many years prior, this panel was aptly named “Supernatural: The Final Hunt”.

As such, most of the questions centered around the fact that this juggernaut of a show, one that became the flagship for The CW in so many ways, was ending.

The cast was certainly feeling the weight of this goodbye, even as they’re in the process of filming the final season.

“We have a lot of lasts in front of us,” Misha Collin shared. “And it feels poignant, and it feels meaningful, and it’s a big chunk of our lives. And I think we’re all trying to not be too precious about it.” 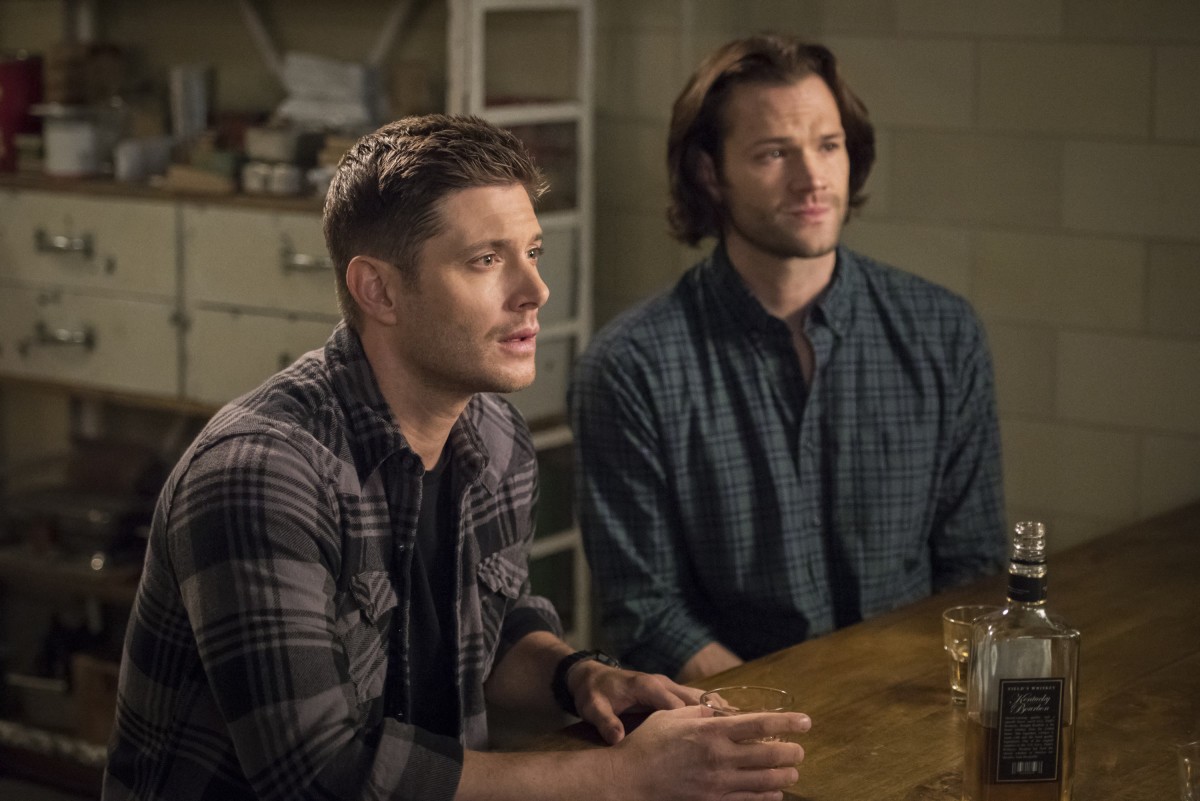 For his part, Jensen Ackles is just trying not to get too emotional too early.

“I think we’re all trying to stick to the game plan, which is the same plan that’s got us here. I think if we allow ourselves the weight of what this season is to kind of creep into our daily work schedule, those days are going to get really long. So I think we all try to stick to the game plan. We’re not trying to reinvent the wheel in the 15th season here. We do what we know, because that’s what’s got us here. I’m just hoping to stave off the emotion until at least Episode 19, 18, somewhere in there. And then who knows what’s going to happen? It’s going to be a big shift in a lot of our lives. A big shift.”

The question that came up numerous times? Is this really the end? Jensen smiled, “There’s a running joke on the set that this is Supernatural, and nothing ever stays dead. But I think, to answer your question, yes, there is going to be something that is a little different this season.” before turning to writer Andrew Dabb.

“Yeah, we’re looking at this as a true ending. And in a true ending, people can’t keep coming back over and over again. Through various machinations, some of the things that our guys have relied on to keep themselves going and going and going, like, no matter what, are going to kind of go away. And they’re going to be facing life or death. They face it a lot, but this time it’s for real.”

Robert Singer, who’s been on the show since the very beginning added that doing an actual ending was new for them.

“We always end towards a cliffhanger. Every season was a cliffhanger, and I think unless Andrew knows different, pretty much, we would leave a cliffhanger, and not know where we were going next year, and then figure it out in the following season. So it became sort of a, you know, surprise to us. So this was a totally different experience of, saying, ‘Oh, an ending. We’ve never done an ending before.'”

If Jared Padalecki has his way, he’d take the Men Of Letters set. “I want the bunker. I just feel comfortable there. I read books there.”

But he went on to hint that he may, hypothetically, have nabbed a couple of things. Jensen was quick to tell the audience what Jared got a hold of.

“I do know one thing that he has got that I’m jealous of… So the Impala that got wrecked in the end of Season 1. I mean, it was demolished for years. And I think they used it for parts now. The thing got crushed. But we had to climb into it and shoot the aftermath of that wreck. And Sam was behind the wheel, and he noticed that the Impala cap on the steering wheel was, like, dangling… To this day, I’m like, ‘Oh, that was such a good pull.'”

For Jensen, his choice is easy.

“I do know one thing that I will literally walk away with. And that is the boots that Dean wears and has been wearing for many years, because nobody, nobody wants those.”

Jared helpfully added, “They stink,” before Jensen went on, “I would literally just like to hang them up.”

When you do the math, both Jensen Ackles and Jared Padalecki have spent over a quarter of their lives on Supernatural. But the question had to be asked. Why was now the right time to stop?

“So [Jensen] and I had several conversations for many, many years about the show ending,” Padalecki explained. “Because for a long time, we thought the show might end, and how are we going to make peace with that? And so I feel I came to a situation where you don’t want to be the last person at a party, even if it’s the best party on the planet. You don’t want to be the guy or gal walking around going, like, ‘Hey, where did everybody go?’ So the show is going so strong right now. It’s going so well right now that the story is strong, the actors are talented, the directors, writers. We’re such a well-oiled machine. We thought it would be almost poetic to end what Supernatural is all about, to almost have to say goodbye too soon.”

Added Ackles, “I don’t think it was any one specific thing…This was a very thoughtout process. There were lots of conversations with everyone up here… Andrew came to us several years ago and kind of picked our brain about what we thought how much gas we had in the tank. So it was always something that we wanted to have a plan for and to structure a plan for because we didn’t want to just continue to go and go and go until we were the last folks at the bar until we run out of gas, whatever kind of metaphor you want to put. We didn’t want to be that show. And we felt it a duty to our audience, and to ourselves, and to the work that we put in to do it when it feels right, and do it right. And that just all signs kind of pointed to this season, and we all kind of gave each other hugs and agreed, and said ‘Let’s do it and let’s do it right.'”

Jared noted, “And we’ve been crying ever since.”

We understand Jared. So have we.

The topic of spinoffs came up. There was a discussion about the previous attempts, and Padalecki explained one of the reasons he enjoys the idea of widening the Supernatural universe. 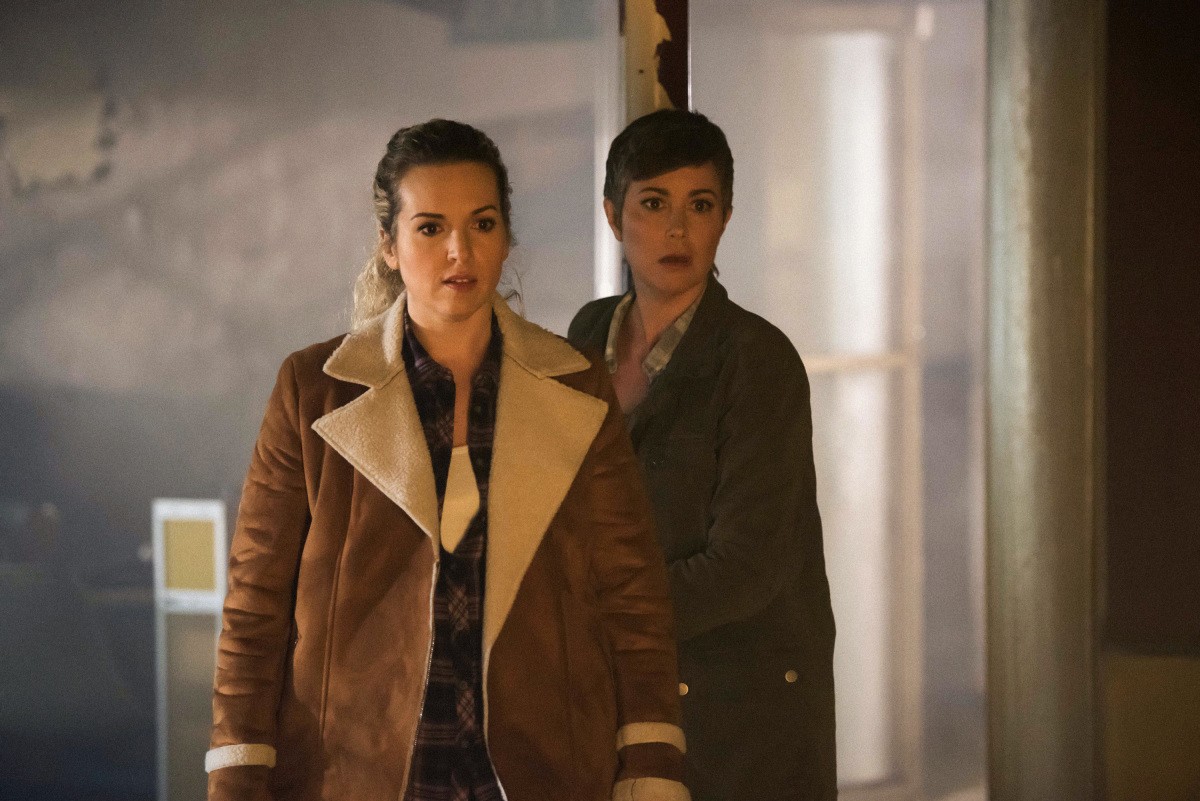 Jared then looked to both Misha and Alexander, “So I don’t know. I feel like it would be an interesting spinoff to see one of these guys.”

Alexander Calvert’s answer seems like a good indication that he was happy to flesh out that universe.

“Well, I’m aware that I was literally hired so these guys could see their families, which I totally appreciate… But what I would say, going back to one of your guys’ questions, was what I’ve always been aware of is that these other characters are fleshing out the universe, but ultimately we are in service of the Winchester brothers’ story.”

As far as spinoffs, Jensen had another idea. “I think that for my money, it would be Castiel and his garrison of angels, but that’s just me.”

To which Jared Padalecki added, “Shirtless.” and then both he and Calvert went on to add “Shirtless with a trenchcoat.”

Misha Collins was happy to get in on the teasing.

“I think we’re all in the same place of feeling like we want to end strong without feeling like the show is wilted on the vine. Like, we want it to feel like it’s going out with a bang, and I think we are. I mean, the way the show is slated to end with Castiel silhouetted.”

You could almost see the crinkles in Jensen’s eyes when he looked at Misha and asked, “Is this your pitch?”

The panel was wrapped up by CW president Mark Pedowitz who, after a very heartfelt series of comments about the show and what it’s meant to him, turned to Singer and Dabb and said, “Andrew, Bobby, I look forward to the development pitch on ‘Castiel.'”

Shirtless angels in trenchcoats, anyone?

The fifteenth and final season of Supernatural premieres October 10 on The CW.