We use cookies to ensure that we give you the best experience on Hypable. If you continue to visit us, we will assume that you are happy with it.
9:00 am EDT, June 18, 2021

On Superman and Lois season 1, episode 10, Kyle Cushing’s attempted murder of Lois and Jon leads to Lana stepping up to save her husband in an interesting fashion. Meanwhile, Sarah struggles to accept the status quo.

Superman and Lois season 1, episode 10 begins on the revelation that Morgan Edge is actually from Krypton and is Clark’s brother from his mother’s side. (Yes, for real). Upon this revelation, more information comes to light about what exactly Edge has been doing with the X-Kryptonite and the residents of Smallville.

Meanwhile, upset from her father’s seeming return to normal, Sarah takes out her anger on her mother for putting up with Kyle, leading to a heart-to-heart with the Kent brothers. 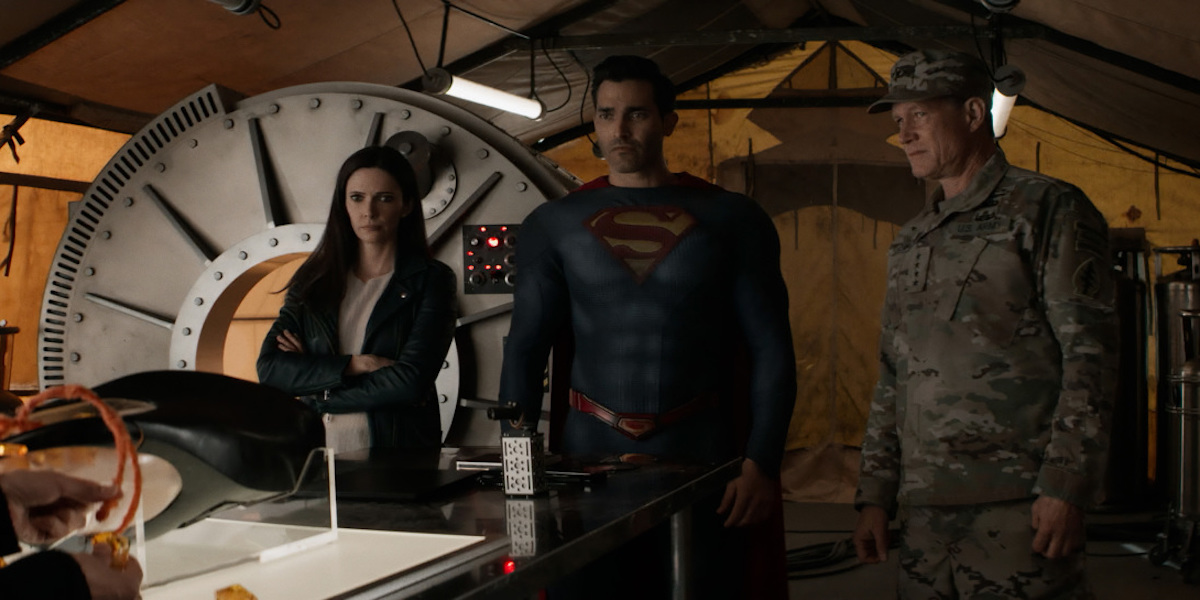 Honestly, Superman and Lois season 1, episode 10 is exceptional. I wouldn’t go as far as to say it felt like a finale (as some did on social media), but it delivered an unexpected and satisfying wrap on such a huge part of the Morgan Edge story.

If anything, this episode proves just how good this cast is. For the first time, we’re seeing what many of the supporting cast members are capable of, most notably Emmanuelle Chriqui who was brilliant as both Lana and Clark’s Kryptonian mother. (Such a weird thing for his mother to be revived through his ex-girlfriend though, right?)

Additionally, on a rather unexpected note, Morgan Edge is actually Clark’s biological brother from Krypton. Definitely such a unique twist in the Superman lore, which makes me wonder what else is to come over the duration of the show. There’s so much history in the comics to twist and adapt, and these writers certainly are showing us how much they love Superman, so my expectations are high.

The Edge of it all 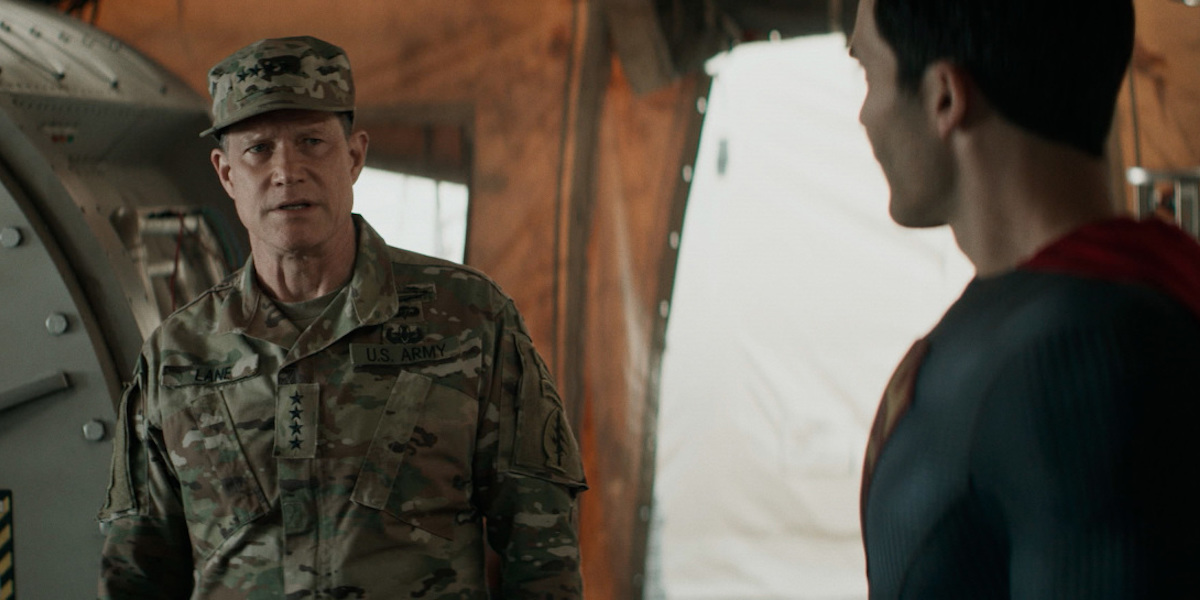 After Superman and Lois season 1, episode 10, I still stand by my opinion that pulling this identity twist with both villains was a bit too much and too repetitive. We should’ve known who John Henry Irons was from the beginning, and then been stunned when Morgan Edge turned out to be a Kryptonian.

As for him being Superman’s brother, it’s a big shocker, especially to see such an original twist coming out (and being relatively successful) in the show’s first season. This was a major risk, and I’d say it paid off. It’s definitely keeping me on the edge of my seat as this story continues.

Now that it’s just Edge and Leslie Larr left, the fun definitely begins. The stakes are higher for the villains without an army to protect them, and they’re on an even playing field. I definitely think Jordan’s powers are going to come into play to face-off against Larr in some capacity (and probably lose, but protect Jon and Lois).

However, I do hope everything that has now transpired does not mean we’re going to be stuck with Edge for multiple seasons, considering his origin. He’s not that powerful of a villain for an extended duration on the show to pay off, it’ll just drive people away.

Clark has his family on Earth, including Kara, a Kryptonian, who they refuse to mention for some ridiculous reason. That’s enough. We don’t need this long-lost brother. 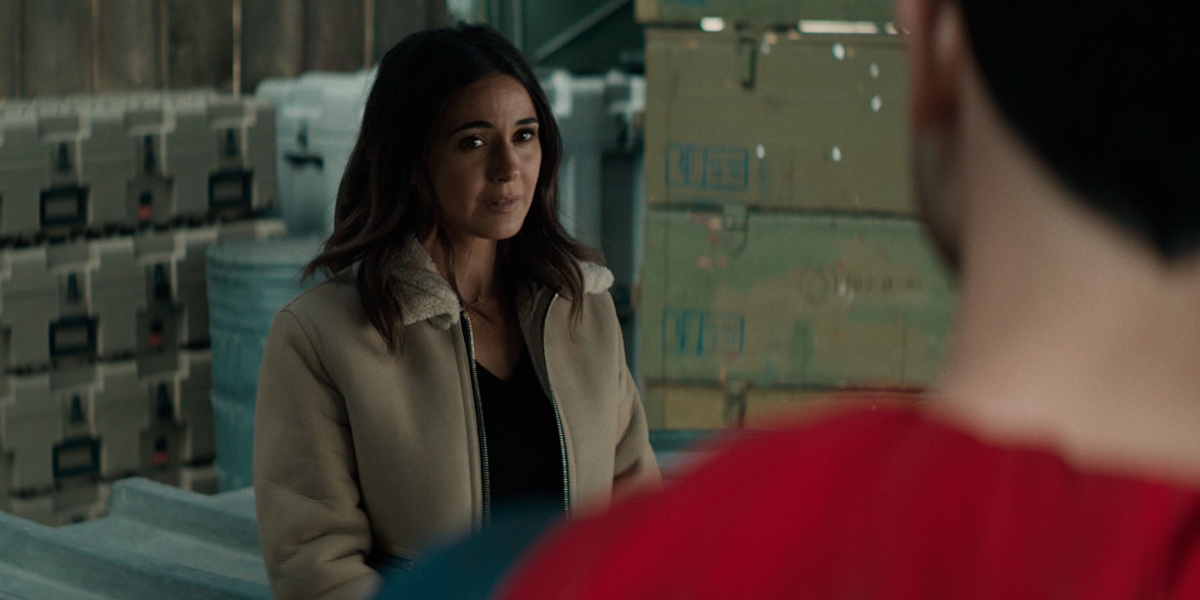 As each episode goes by, I am left loving Lana more and more. Superman and Lois season 1, episode 10 is obviously the best episode for her thus far because we see there’s much more to Lana than meets the eye.

There’s such a depth to her character that has yet to really be explored, but leaves so much potential for the road ahead. She’s clearly such a good, kind-hearted person that married someone that may not have been perfect for her, but is someone she truly loves.

At this point, I’m not really down for seeing Lana and Kyle’s relationship because Kyle is an ass, but at least he has seemingly started to clean up his act. Whether that lasts or fades away without the Kryptonian life force inside of him remains to be seen… my bet is on the latter.

It was incredibly interesting to see Lana just barely begin to put the pieces together about Clark being Superman. She noted how it has been a long time since anything strange happened in Smallville, so I fully expect this is the stepping stone to her learning Clark’s true identity as it inevitably clicks that it is Clark’s presence causing the strange happenings.

As for Kyle, it honestly feels like his purpose on the show is fulfilled after Superman and Lois season 1, episode 10. Really, what’s next for him? Watching this drunken man that has hurt his (far superior) family members multiple times attempt to achieve redemption and go back to being a small town conservative is not exactly my idea of thrilling television.

The sweet moments are nice, as we saw with the Cushing family at the end, but there’s no real appeal to seeing any more of him. He has nothing to offer Lois, Clark, or Superman, and is just going to be around to play Lana’s husband and Sarah’s father (as he should). 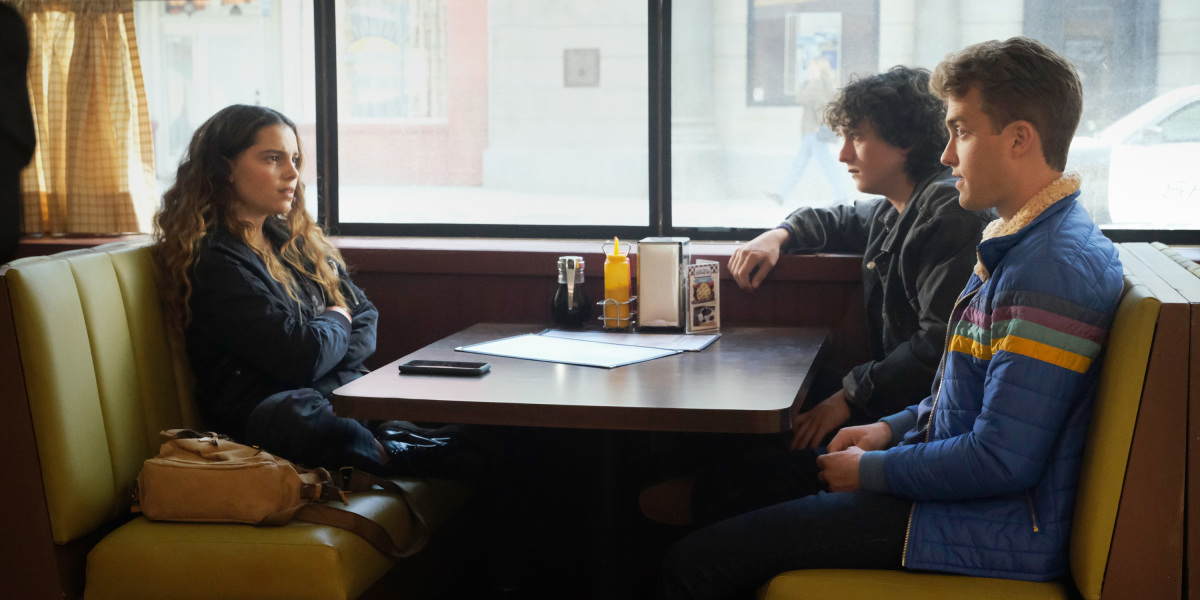 As for Sarah, she’s coming really close to learning the truth… at least the truth about Jordan. But what’s interesting is how it’s Jon opening up and telling Sarah the truth (or most of it), which I predict will ignite the love triangle when she learns just how much Jordan has been lying to her since he arrived in Smallville.

What can Sarah do on a show full of superheroes besides be someone’s girlfriend? She has yet to impress me the way Lana has, and Lana has the connection with Clark and Lois that makes her instrumental to the show. Kyle and Sarah don’t really have that because the kids’ storyline is unarguably the worst part of Superman and Lois. 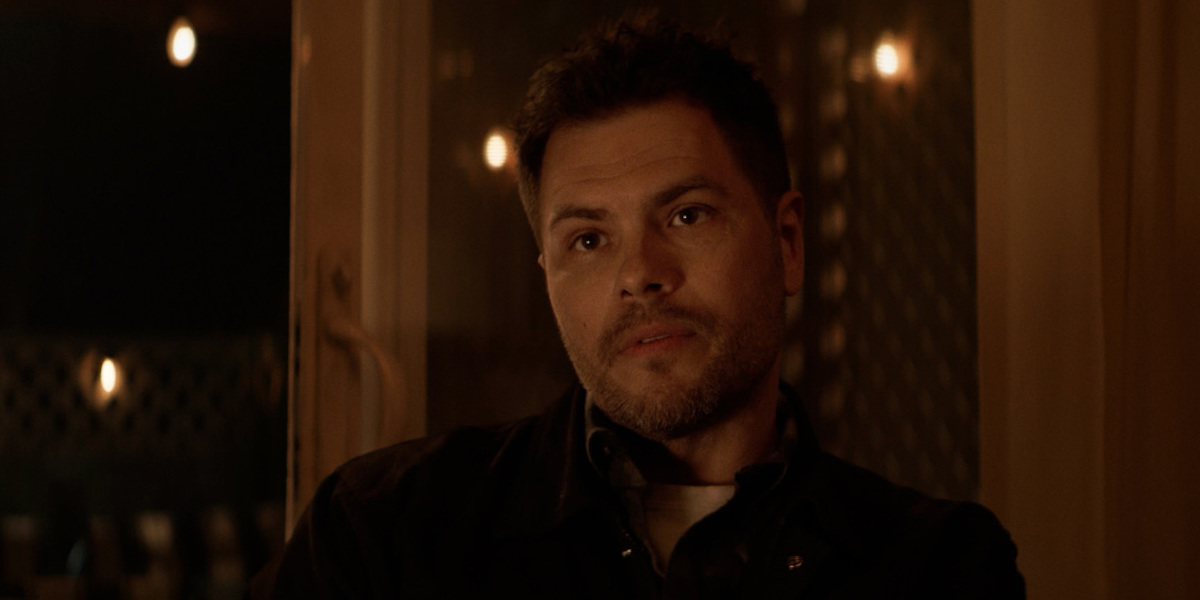 What I love most about how the show is progressing, which we see more of on Superman and Lois season 1, episode 10, is Jon calling his grandfather out on his shit. I love seeing Jon step up as the voice of reason, showing General Lane just how misguided his actions have been and how out of line he’s acting. It’s brilliant, and only goes to show how Jon’s moral compass is already on the level of the best superheroes.

Jon is proving himself more and more capable of handling powers (should he ever get any and become his alter-ego Superboy), while Jordan is proving exactly why he cannot handle these powers. Jordan doesn’t know how to behave, and he does such a terrible job of covering up his secret. Sure, he’s new at it, but is that really an excuse?

Clark was running around in a mask and beating people up as a teenager in the town he grew up in, and he managed to keep his secret. Jordan just isn’t appealing in any sense at this time (which is still surprising to me as I expected to loathe Jon).

After Superman and Lois season 1, episode 10, I want more of Lana. She’s such a surprise star, and clearly someone that should be in charge of Smallville. She truly cares for others and has their best interests at heart, proving herself just as much as hero to Smallville as Superman by allowing her body to be overtaken by a Kryptonian to save the day.

Her heart is there. Maybe she has a future as Superwoman?