‘Star Trek: Picard’ tie-in novels and comics: To read or not to read

That is the question

Star Trek: Picard has recruited veteran Trek tie-in writers for a novel and three-issue comic series. If you’re enjoying the show, you should definitely give them a try!

Book to TV, film, podcast, radio play, and stage show adaptations are popping up faster than original literature can be written. It seems lately that before a book can even hit shelves, Reese Witherspoon has already bought the rights and casting has begun. Faces of actors in the title roles are plastered on paperbacks before the hardcovers are even out of stock.

If you are lucky enough to have the time to grab a copy of a book, fall madly in love with it, and create your own version of the world put down by someone else, then you fall into the category I’m least likely to be in — fearing what will become of the Holloywood-ized version of your unique experience.

The reserve of this process has been around much longer, and the experience of reading expansions of the universes that you’ve come to have a connection with, can be equally as disappointing. I’m not talking about fanfiction, but books that are produced almost along the same line — authors take the licensed characters and write in-world plots and events that may (or in some cases) may not affect canon.

After what may be years of watching a television series, you get to know the characters through the choices that the actors make. Certain ways that they carry themselves, small movements they make on set can reveal so much about how they are responding to a situation four, five, or six seasons into a series. These are things that you have come to notice over time, yet when you see them written out before you on a page, might not feel as organic. 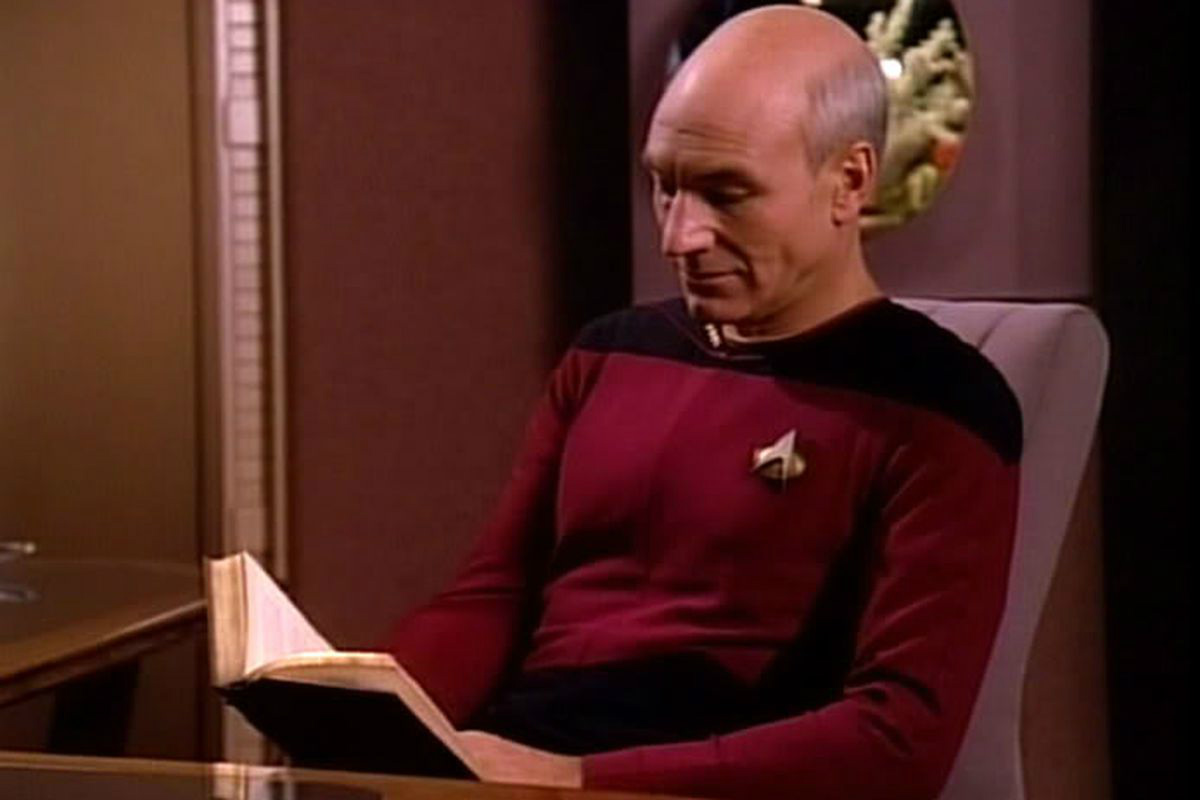 Tie-in novels and comic spin offs are available for so many properties that the choices are overwhelming. But one bad reading experience can taint an entire pool of perfectly respectable literature. Hi, my name is Brittany and I was burned by a tie-in novel.

It’s been approximately five years since I put down my first, and last, tie-in novel (I hope someone at that resort in Mexico picked it up and enjoyed it), but with the release of Star Trek: Picard, I decided that I wanted to dive into not only the prequel tie-in novel Star Trek: Picard The Best Last Hope, but also the recent IDW comics, Star Trek Picard: Countdown for the series.

These two properties are far from the first novels and comics for the Trek universe. In fact, author Una McCormack has written several DS9 novels, as well as a novel in a series of tie-ins for Star Trek: Discovery. Yet, they were the easiest entry point as a fan who quickly became enamored with the return of Jean-Luc and his new rag tag crew.

With so many years ripe for exploration between the end of Next Generation and the beginning of Picard, I set off.

You know the ending to this story. It’s a weird place to find yourself as a reader when you go into a story set in the middle of things. But Una McCormack manages to navigate not only the intricate plot details of the series of events between the Romulan supernova, but also, the attack on Mars by keeping the emotional stakes always in focus for the characters. The novel drives you towards the horrific attack that you can see beautifully shot in both Picard episode 2 and the Short Trek “Children of Mars.”

Picard says in the series, “I came here to die,” referring to his life of retirement and isolation on the vineyard. But as the series picks up and we begin to see all of the people who attempted to keep fighting and carrying on in his absence despite great adversity, it serves as color for the outline that McCormack draws during the four years that we spend with Picard in the novel. 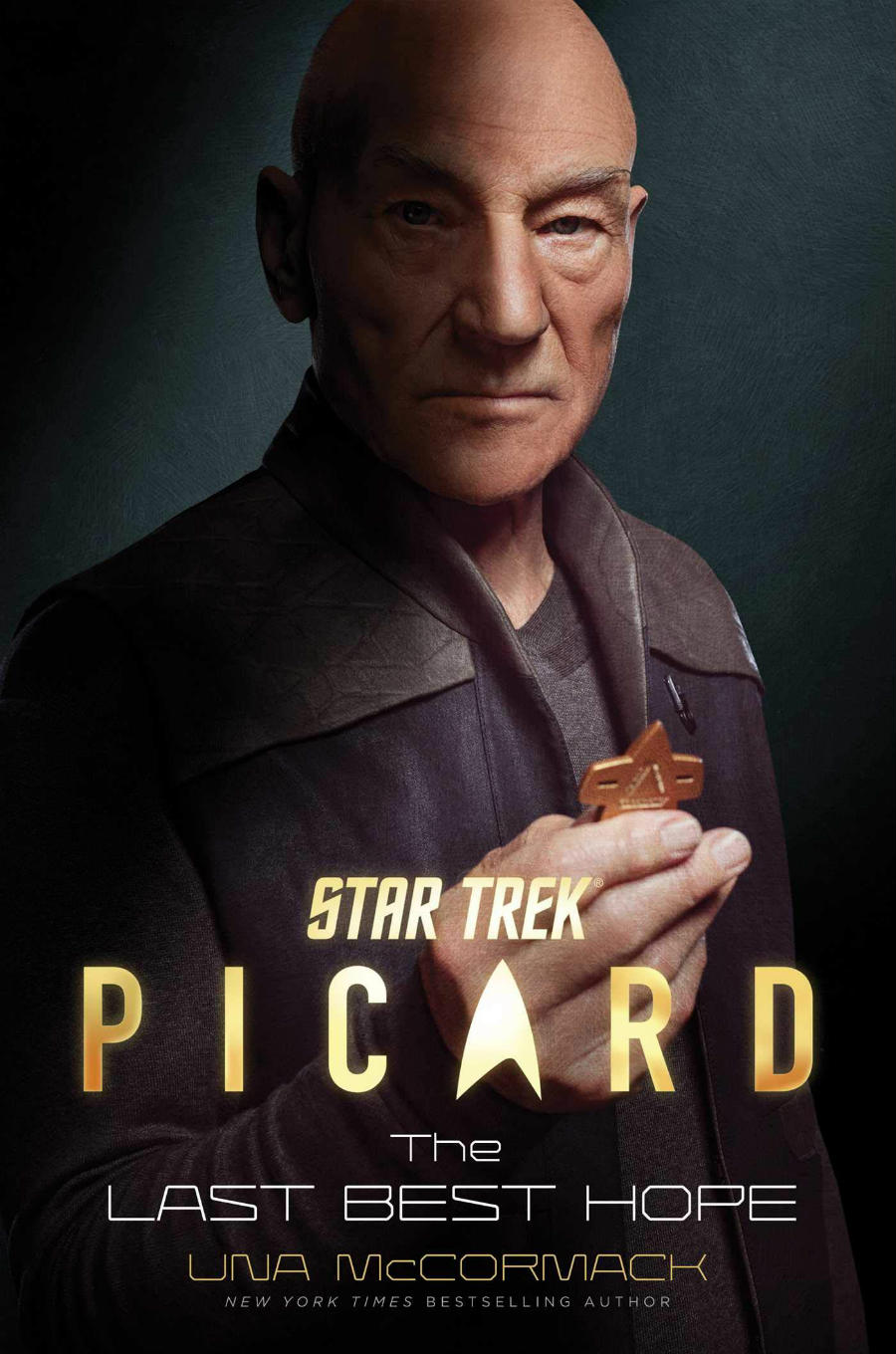 Perhaps the best part of reading The Best Last Hope is the amount of context that is given to the world in which we now find Jean-Luc and his new rag tag crew trying to operate. The Federation policies, the heightened fear and scrutiny surrounding the synthetics and the Romulans are broken out, not in an expository sense, but weaved throughout the pages. At the end of the novel, you are given a bit more insight to the temperaments of these characters even if they do not make an appearance — Rios, Narek, Soji.

Though this takes place before knowledge of Soji’s existence, there are references to the projects of Bruce Maddox, including the creation of the A-500 synths that will eventually serve as the antagonists of the Mars disaster. Given that readers are granted much more access to Maddox in the pages of McCormack’s novel than in the series, if you are questioning his involvement not only with the class of synths he created for the Mars production versus his passion project, this may be the place to find the answers you are looking for.

While this is not an required book by any means — the series does a great job of holding itself up — I think that it should be considered essential reading for anyone, both old fans and new fans, who is finding themselves enjoying in the series.

“It’s in the comics.” This was a catchphrase of sorts that was used against me several times during the Avatar: The Last Airbender run on Hypable’s ReWatchable podcast. As we moved beyond the three seasons of the Nickelodeon series and into The Legend of Korra, questions like, “What ever happened to Zuko’s mom?” still plagued my mind. But I was not going to pick up the comics.

After years of resistance, I finally bought (and devoured) the first run of comics, delighted by a reentry point into the world of ATLA. I’ve since grown to love (really, really love) a tie-in comic that either completely relaunches a series or continues in-universe adventures.

My favorites lately include the first run of The Magicians five-issue comic series set at Brakebills, but devoid of series regulars, with the exception of one character. The graphic novel, by the same writer and artist duo Lilah Sturges and Pius Bak with a helping hand from Lev Gorssman, portrays a retelling of the novel from another character’s point of view and is also a stellar adaptation. And the Brian Edward Hill’s Angel series.

I should not have doubted veteran tie-in writers Kirsten Beyer and Mike Johnson to deliver anything less than an excellent three issue run for Picard. Beyer has several Voyager novels on her resume, and in addition to being at the helm for bringing Seven of Nine into season 1, episode 5, “Star Dust City Rag,” she also had the honor or writing in and unpacking a bit more of Raffi’s onscreen baggage that is opened in both the novel and the comics. 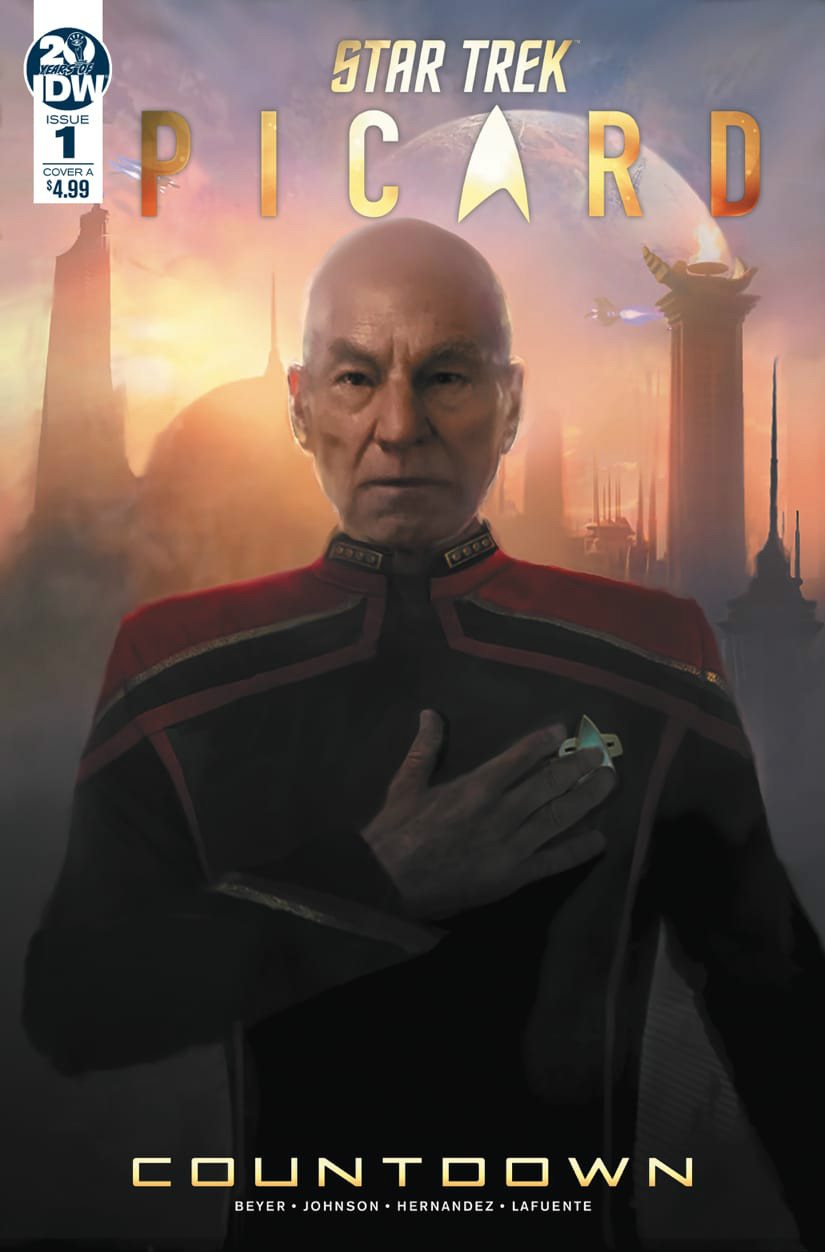 One thing I definitely prefer in the comics over a novel is the ability to see the characters throughout the phases of the story. They may be static, but the visuals, especially in some flashback shots, can trigger a greater emotional response. Of the three issues, the ways in which the first panel in the series ties into not only the show, but the final issue was my favorite. Released at the end of January, the series was already off and running, I did not read the comics until the entire run was done, meaning that we had met two characters that play a central role in the issue — Laris and Zhaban.

We can infer from the episodes that they were taken into safe keeping by Picard for a reason, not just that Zhaban has a natural skill with wine and he happened to need some help on the Vineyard. Instead, the two were defectors who helped Picard out of imprisonment during one of his rescue missions ahead of the supernova explosion. Finding a way to not only complete his mission by rescue an additional 5 million people, is not small task, and yet it feels perfectly balanced across the panels that depict a man whose life is in danger, but whose emotional crisis does not get lost in the action.

While this information is not essential to see the bond Laris and Zhaban have made with Picard, it is a nice bookend on which to prop their story.

I hope that more comics and novels are imminent and will keep us on course through more of Picard’s “lost adventures.” I’d settle for some of the quiet years on the vineyard as well.

Both the novel and the comics are available now! For Star Trek Picard: The Best Last Hope by Una McCormack visit Amazon, Indiebound, Barnes and Noble, and Book Depository. For Star Trek Picard: Countdown you can read the series now at ComiXology, or visit your local comic shop! And be sure to add both to your Goodreads!