‘Star Trek: Discovery’ season 1 timeline: What you need to remember

Star Trek: Discovery season 2 is approaching at warp speed. Here are all the events from season 1 you need to remember before the premiere on January 17.

Parallel universes, characters switches, rescue missions, and connections to canon all arose in the first season of Star Trek: Discovery. Weaving its way through previous timelines, the series not only cemented itself firmly in the Prime universe, it also managed to grow tangentially as a sustainable independent series with its own stories to tell.

Some criticism of the series may cite the series’ use of The Original Series canon as a crutch. I feel that is valid. But I also believe that the parallels to TOS are, at this point, irrevocable.

As season 2 approaches, we’re not only going to reconnect with Michael Burnham, Philippa Georgiou, Saru, and the rest of the Discovery, but we’re going literally beam onto a pre-Kirk Enterprise. We’re going to meet a different Spock, a new Pike, possibly get a better sense of what Section 31 is responsible for, and see what happened on the infamous bridge before Gene Roddenberry’s five-year mission launched.

I am enjoying the new look at the characters we only knew from a fleeting glance (Harry Mudd) and getting to dive deeper into those whose names are more familiar (Saru, Spock, Christopher Pike). But the new characters and how their stories are informed in the context of the existing canon are what I am most excited to see develop when the series returns.

But before we can speculate how Ash Tyler and L’Rell will process their trauma, or how Hugh Culber and Paul Stamets will reconnect, or how Saru and Burnham will function within the new leadership of the Enterprise, let’s look at key moments from the episodes that got us to this point.

Here’s what you missed on ‘Star Trek: Discovery’ season 1

In the first 15 episodes of Star Trek: Discovery two captains were lost, a mutineer helped stop the war she inadvertently started, and tested the hypothesis that travel between parallel universes was not only feasible, but a repeatable possibility. Not every episode was action-packed. Some were filled to the brim with exposition (“The Vulcan Hello”), others were down-right fun (“Magic to Make the Sanest Man Go Mad”), and the rest were somewhat of a combination.

The major moments of the series were used to set up the unstable relations between the Klingon houses, the fall and subsequent rise of Michael Burnham, and the backdrop for her journey. The Discovery ship and crew tackled what a science vessel (and trained crew) would look like when dropped into a war they did not sign up to fight.

The loss of leaders, lovers, friends, and family took a toll on the crew assembled aboard the Discovery. Grief was processed in different ways, or not at all in the case of Staments losing Culber to Tyler’s rash actions under the control of Voq. For Burnham, redemption in the eyes of her former captain and mentor meant taking rash action by bringing back a version of Georgiou who resembles the former captain in appearance only.

In the additional media provided to the story this season, in the form of Short Treks, the creators provided content to the story of Saru. The first Kelpian to leave the planet and make his way through Starfleet, Saru overcame a language barrier, left his entire family behind, and embarked on a new journey to understand the universe and his purpose.

Below are the highlights from the season to help you navigate the course of the series’ initial season. 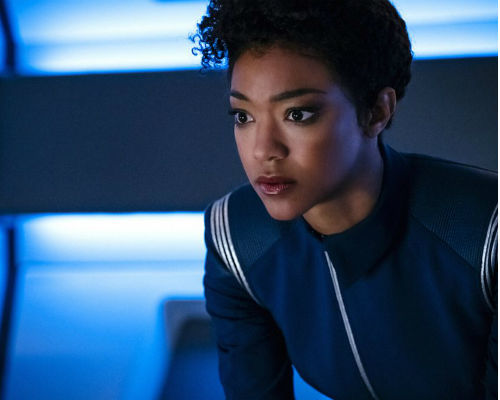 The war with the Klingons officially begins when Michael Burnham accidentally kills a Klingon while on an investigatory mission. 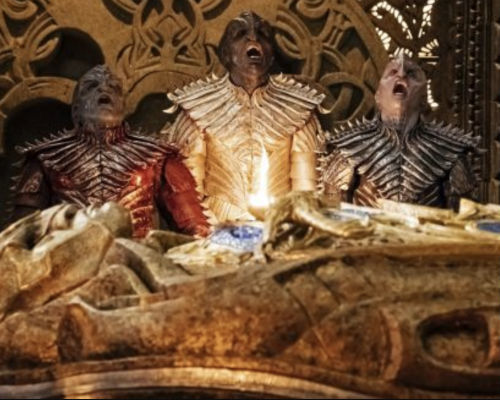 The catalyst of war provides an opening for T'Kuvma to rally the Klingon houses under one leader to fight the Federation, launching an attack on the Shenzhou. 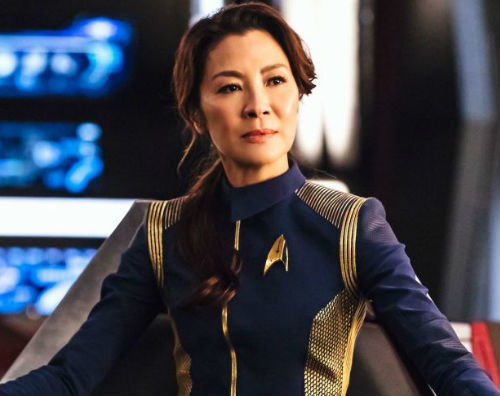 Burnham escapes her cell with help from Saru and convinces Georgiou to kidnap T'Kuvma. The mission goes awry and both T'Kuvma and Georgiou die. 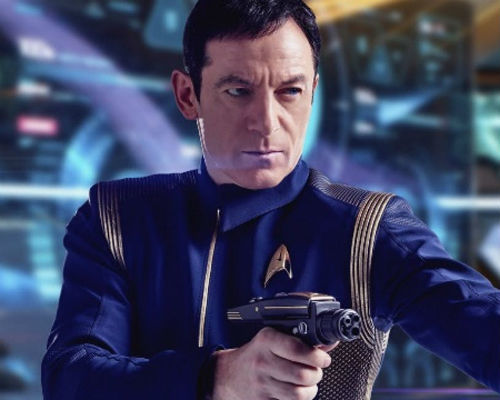 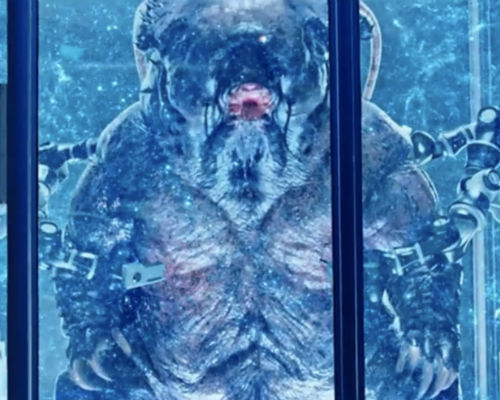 The tardigrade's ability to navigate the mycelial network (by using the spores) provides Stamets and the crew a window into how to best navigate jumps. 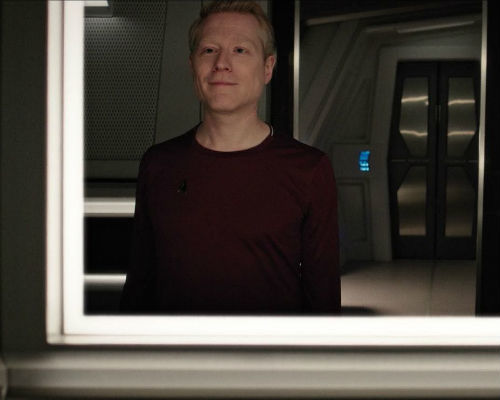 A Peak Into Another Universe

Lorca meets Ash Tyler (and Harry Mudd) when captured by the Klingons. After making several successful jumps in the rescue mission, Stamets' reflection remains in the mirror after he heads to bed, hinting that all isn't what it seems. 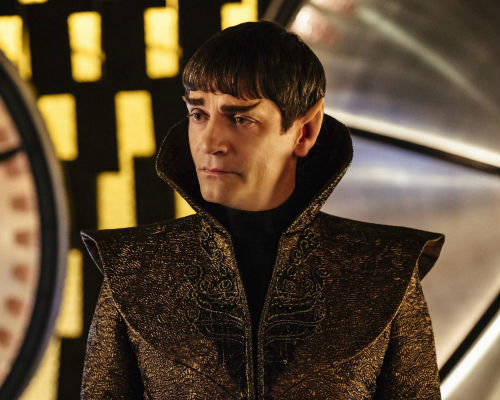 Burnham uses her connection to Sarek to rescue him, but interrupts his memories of their shared history along the way. 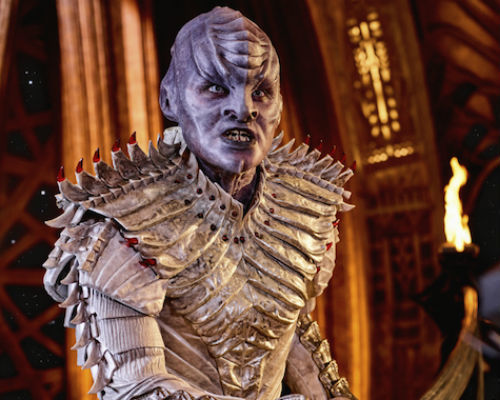 The Klingons become tangled with Discovery once again, reuniting Tyler with his captor L'Rell. In order to win a battle, Discovery makes one jump too many, causing damage to Stamets and a last-minute switch by Lorca jumps the ship into a Mirror Universe. 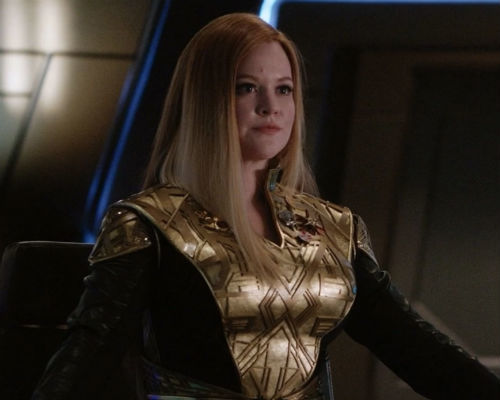 In the alternate timeline, Burnham takes her place as leader of the Shenzhou, while Tilly assumes the role of the ruthless captain of Discovery. 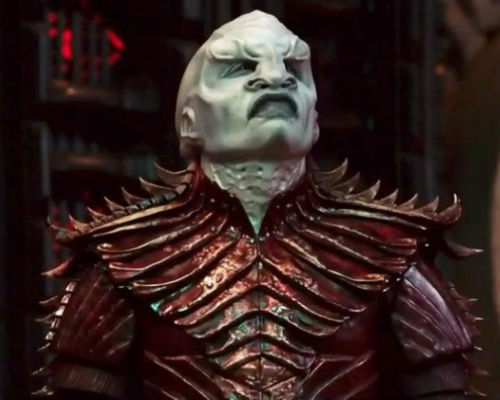 Dots connect as Lorca is revealed to be originally from the Mirror Universe, Stamets' conscious serves as his guide, Tyler makes a discovery about his connection to Voq, and Georgiou and Burnham reconnect to take down Lorca. 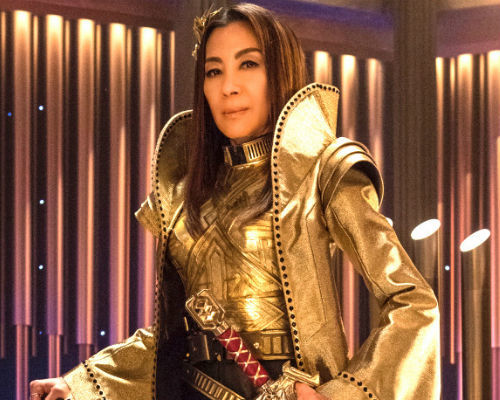 Making Up for Lost Time

After jumping back to the Prime timeline, the Discovery loses several months, and the Klingons' advances have left the Federation on the losing end of the war. Even though Georgiou was brought back against her will, her presence proves useful to defeating the Klingons. 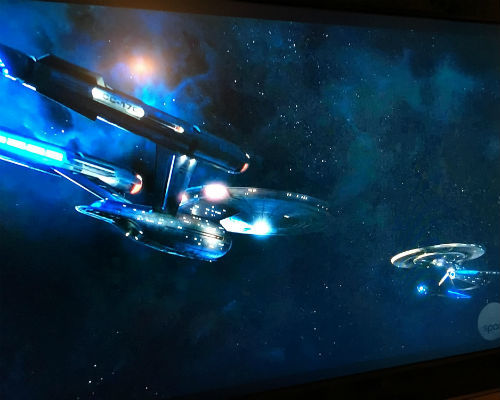 Preservation of the Universe

Discovery passes on annihilating Qo'noS, giving L'Rell the leverage to end the war and unite the houses. En route to pick up a new captain, the Discovery is hailed by the Enterprise.