We use cookies to ensure that we give you the best experience on Hypable. If you continue to visit us, we will assume that you are happy with it.
6:30 pm EDT, October 11, 2019

It’s a good time to be a Star Trek fan. The universe is expanding at an almost unfathomable pace and 2020 may be the best year yet. For a show that involves ships that travel at warp speed, species of all shapes and sizes, and tribbles, oh the tribbles, watching the cast and creatives of this massive enterprise come together typically result in more tears than screams.

That is in part due to the immense heart that flows through every Star Trek property. When you have a series that produces stories which are deeply affecting across generations, it helps to have the same dedication and passion behind the scenes.

While there wasn’t much news to report out of New York Comic Con, the buzz created as Patrick Stewart took the stage was unlike anything I’ve experienced. Captain Picard is iconic not just in the Star Trek community, but all of pop culture. And when a fan took their turn at the microphone to call out the incredible talent of Doug Jones who plays the Kelpien Saru on Discovery, there was not a dry eye in the Hulu theater.

There are connections that we as fans make with the characters we see on television. Maybe a show got us through a tough time, brought us closer to a person we love, or simply filled the silence of an empty room. There is still a long way to travel before everyone can find someone they identify with on their screen, but the people we connect with along the way fill up a part of us. 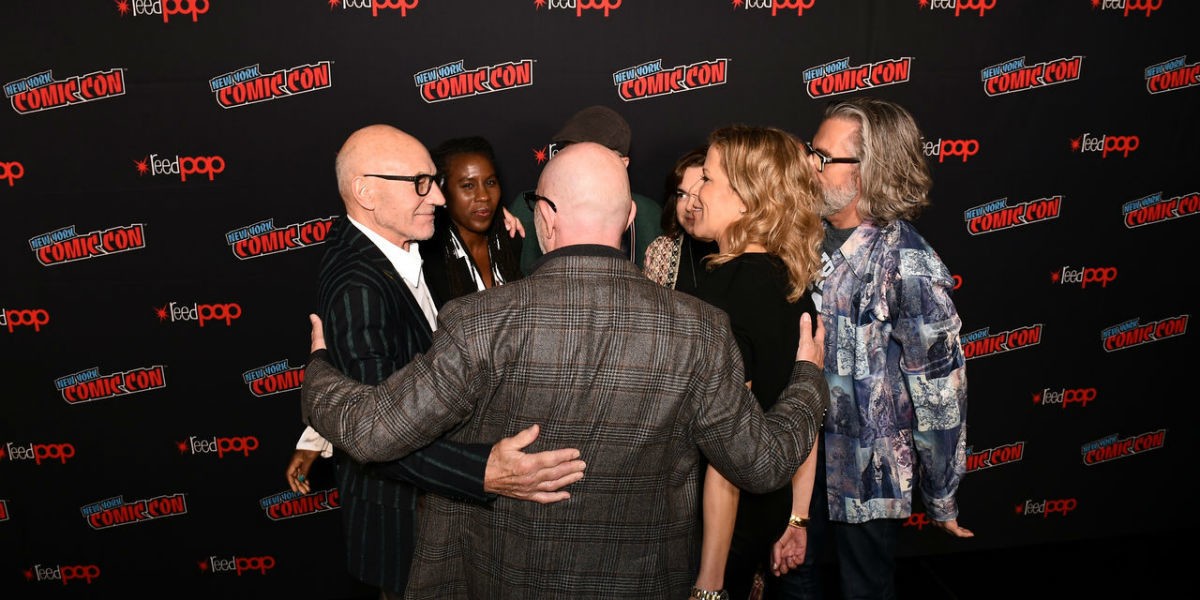 We are not aliens from another planet like Spock or Saru, but our difference of opinion or cultural practices can sometimes isolate us more from our peers than if we were.

In the Short Treks we gain a deeper understanding of our core characters while also experiencing slices of what else is going on in the universe. Two stand out episodes include: “Calypso” the stand alone story of last season and “The Brightest Star” which focused on Saru’s time on his pre-warp home planet, Kaminar.

With all the content coming our way–including two Short Treks which are already available to stream–there is a lot to be excited about as a Trek fan.

Below are some of the highlights from the 2019 NYCC Star Trek panels that capture the beauty of the fandom, the passion of the cast, and underscore why 2020 is going to be one of the best years in history to be a Star Trek fan.

For more information on what to expect in 2020, check out our Star Trek news roundup! 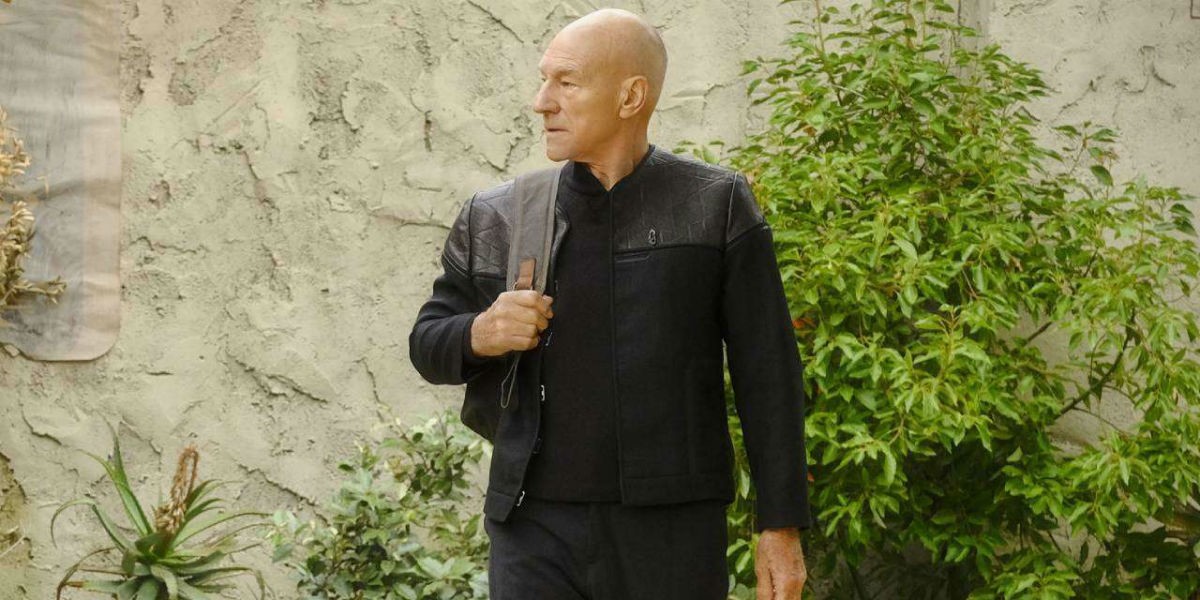 The cheers for Patrick Stewart taking the stage were only matched by a few stand out moments in the new trailer released at NYCC. Brent Spiner opening the trailer as Data, Jeri Ryan appearing as Seven of Nine, and at the the reunion of Will Riker and Jean-Luc.

And one pesky question kept eating away at me in the seconds after the trailer ended – how am I going to rewatch all of Next Generation before January?

When the buzz of a Picard-centric series began in August 2018, Alex Kurtzman (the man steering the Trek ship at CBS) said, “For over 20 years, fans have hoped for the return of Captain Jean-Luc Picard and that day is finally here. We can’t wait to forge new ground, surprise people, and honor generations both new and old.”

I’ve been a Trek fan for a little less than a decade. I watched series after series during a time where I was living apart from most family and friends. Next Generation episodes filled many, many hours of my day and Jean-Luc Picard helped me make that situation so. And I can say, that in an age of nostalgia and reboot craze, I too felt nostalgic for the captain and crew I knew far more recently than most die-hard fans of the series.

The character arcs of Next Generation are some of the best in the galaxy and to see the characters want to return to these roles and tease out where their counterparts have gone is a thrill.

Newcomers are abound in the new series that will not focus so much on Picard’s days we were witness to, but the moments that made him give it up for good and what it will take to get him back into space. That catalyst comes in the form of Isa Briones who will play Dahj who has a mysterious connection to Picard. Rounding out the new crew for the season are Alison Pill as Dr. Jurati, Evan Evagora as Elnor, Santiago Cabrera as Rios, and Michelle Hurd as Raffi.

The nostalgia is what cuts to the core with this series. If a full on reboot were on the table, with more adventures set for the crew of Next Generation, I would be less hesitant to “Make it so.”

Picard may be filled with new faces, enough to likely capture the eyes of some new viewers who are not just subscribing to CBS All Access for the Trek content. There have to be some people like that. Right?

But the heart of the story hinges on Picard. Approaching the reception desk in Command, Jean-Luc steps up and SPELLS HIS NAME. From there I was a goner. There are so many unanswered questions about the years since Next Generation that are going to creep up as Picard is drawn back into the Federation and as the trailer states, “No one is safe from the past.” 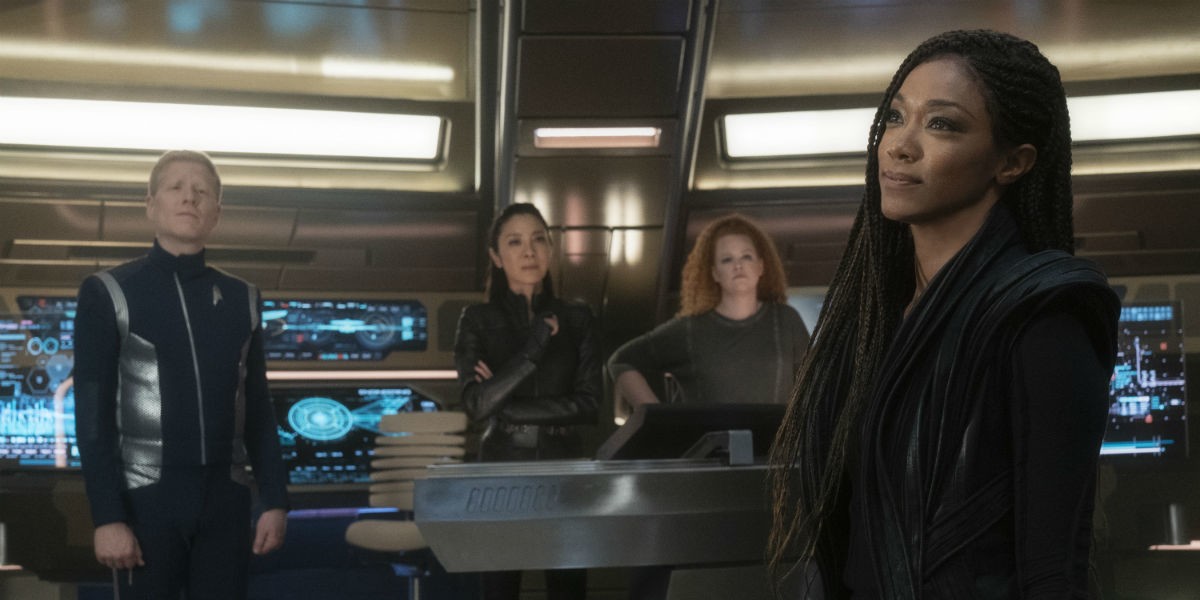 No official synopsis is released yet, but after a jump 1000 years into the future, we can expect to explore what remains, what has changed, and how these “ghosts” from the past are handling their adjustment to the future. It has also been said by Riker himself, Jonathan Frakes, that the series will return to its more optimistic roots in season 3.

You have to try extremely hard to not be enthralled by Star Trek: Discovery. Season one conquered the impossible task of building out a unique corner of the universe where it could nurture and develop a new captain, crew, and series for Trek fans to, well, Discover. Michael Burnham became our entry point to a point in the Kelvin timeline before Spock and Kirk took the bridge.

Discovery is a Trek for a new generation of fans. Those who are coming into the series perhaps looking for a way to enter the fandom without a huge amount of knowledge in their arsenal.

It was unafraid of introducing enhancements, using updated computers and comms, but also keeping some items close at hand–transmitters, capabilities of standard ships, rankings and Starfleet protocol. But then, at the end of season 1, something went terribly wrong–the crew encountered The Enterprise.

Let’s just say that an initial read of the room was not great. But season 2 was brilliant. I personally loved the addition of Spock and his connection to Michael Burnham, the exploration of his humanity and Vulcan life as he struggled with this emotionally crippling mystery at the heart of the series. And then to see the characters we grew to love in season 1, continue to blossom in spite of tragedy, was the icing on the cake.

At the panel, a member of the audience shouted, “Give Pike his own show!” Anson Mount joined the series as Captain Christopher Pike and absolutely embodied the role. His impact in the chair was not just felt by the members of the

That brings me to perhaps the greatest gift that Discovery has bestowed upon us – Doug Jones as the first-ever Kelpien to serve in Starfleet, Saru. Ideally, when the series returns he will be in the captain’s chair as there is no one more deserving of the role.

And it is. Season 2 showcased so much of Saru’s past and the layers that make the Kelpien we see on the screen. Carry all of that, plus the additional labor that is required to physically carry that character, is astounding. As Mary Weinstein points out, “No one works harder than this man.”

You can watch the full panel here:

All the latest Trek properties, as well as the classics, can be found on CBS All Access in the U.S and on Netflix internationally.