Three 2020 debut shows like Cheer highlight a gap in programming — watching shows about competitive sports that bring you drama and joy.

Each of these shows like Cheer proves that we need more shows that feature the character journey that can only happen through their connection to a sport.

Two of this year’s best sports dramas feature cheerleading. One is Cheer, a documentary about the Navaro Junior College’s cheerleading program, and a six-part series on Netflix that features a team of defending champions weighed down by their own reputation and personal struggles. The other is a heightened drama on cable that features a team of cheerleaders who are preparing for the elusive, undefined “Regionals” competition.

I would bet my life savings that a majority of you reading this conjure up some form of the same scene when you see the words high school cheerleader. Two or three girls walk in slow motion through the halls in their uniform that both equalizes them as part of one untouchable unit and isolates them from the masses.

It’s not the sweaty, defeated, bruised and exhausted bodies strewn across mats in a poorly ventilated gym. Not even the performers with their hair set four hours before kickoff or eight hours before competition. The former moments may playout in montage, or not at all, while the latter is something to be envied or desired as the routine part of the process.

Sports programming, outside of primetime and streaming drama, attempts to bring light to the training and efforts of the competitive athletes of the world. Olympics coverage focuses on the stories of a family who uprooted their entire lives for one child’s chance to live closer to a mountain to train in downhill skiing. Another will tell of a horrific career ending injury that an athlete is coming back from. And the most moving of all, in my humble opinion, are those of a team who come together to lift their family, friends, and each other to victory.

These are stories ripe with personal growth, inspirational leaders, family drama, and spectacle. Why aren’t there more of them on television? Games and events may be more difficult to pull off on the screen, but as Cheer has shown us, the people want to see it.

I’ll continue to watch 30 for 30 on ESPN and HBO’s specials featuring great coaches and players and training camps. But I also want more. More shows like Friday Night Lights. More shows like Cheer. And just more shows willing to take a look at what goes into earning those shots of the athletes in their uniforms.

Looking for your next competitive sports series? These series range from serious drama, to documentary style features, to network and cable dramas that may stray from the practice arena, but still deliver the same messages. Here are our recommendations: 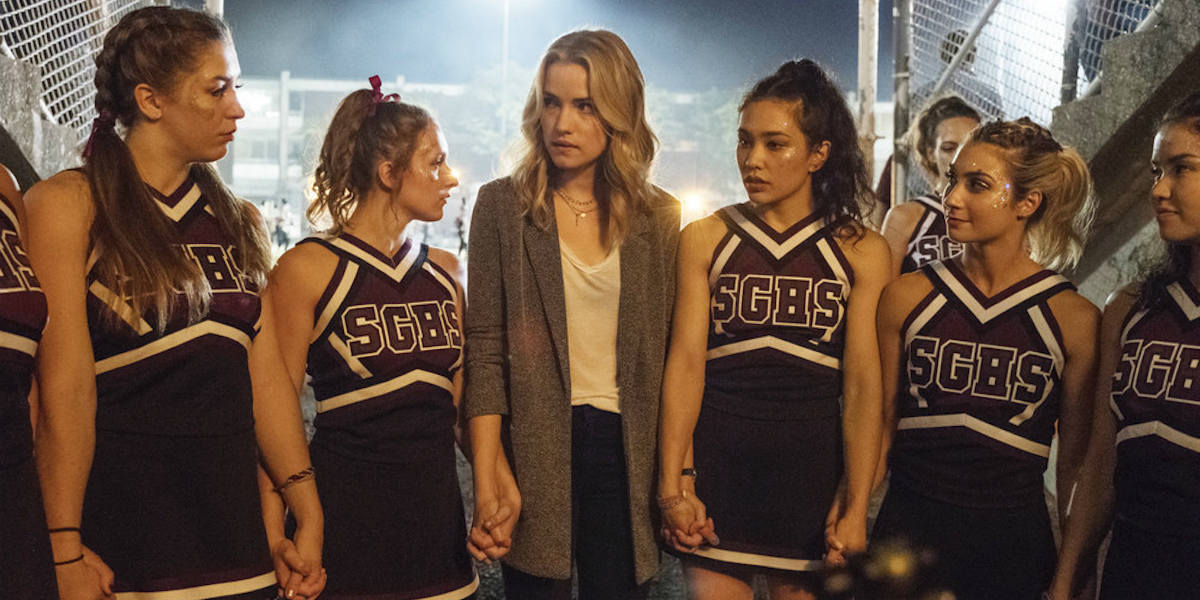 Where to watch: USA or On Demand
What’s it about? Cheerleading

Pulled from the pages of Meg Abbott’s novel of the same name, Dare Me focuses on a fierce new coach returning to home to coach a group of subordinate high school girls. The trouble is that they are good, and they know it. There are rivalries and backstabbing and affairs, basically everything that makes something like Riverdale worth watching. But it also does not just parade its girls around like objects. Instead, there are grueling practices, injuries, stunt work, and then, of course, team building exercises that involve lots of drinking.

This series is gripping from the get-go and weaves the escapism of the sport beautifully with heightened narrative of everything else happening outside of it. 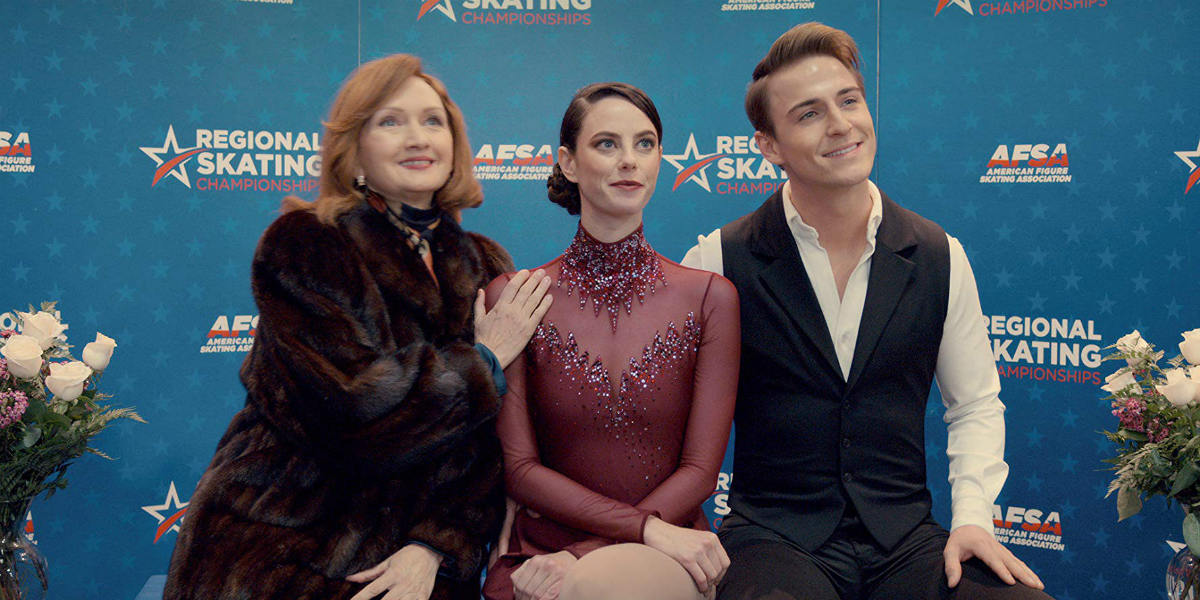 Where to watch: Netflix
What’s it about? Competitive figure skating

Spinning Out was easily the best new series I watched on Netflix this year. In 10 episodes, it tells the story of a skater coming back from a traumatic injury that has left her paralyzed with fear of hitting the ice again. However, that is only the tip of the iceberg for Kat Baker. Her mother, a former Olympic hopeful, dropped out when she became pregnant with Kat placing all of her dreams and hopes on the success of her two daughters.

But, she also passed down her bipolar disorder to Kat. The series focuses on the stigma of mental illness in sports, drums up a complicated relationship between Kat and her first skating partner Justin, and delves into the secrets that are best shared and those that are best kept. Oh, and it also has Johnny Weir being his best self on the ice. 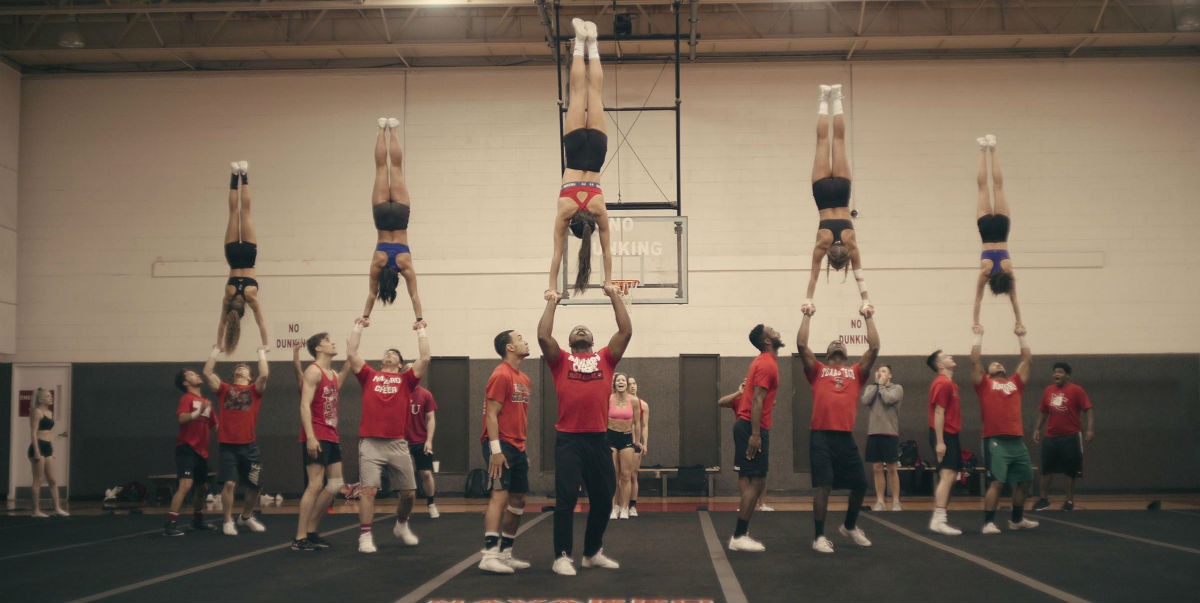 Where to watch: Netflix
What’s it about? Cheerleading

If you haven’t heard of Cheer yet, then you must not be very tuned into the world. The series focuses on a single team and a coach, who not only recognizes talent but also potential. These college cheerleaders are away from home, building something new, and are reflecting on the one thing that has kept them alive or focused or happy. But one of my favorite things about the series is that is focuses on the end.

What comes next? The time and energy of the sport all boils down to one competition, one final showcase of skill. The fairytale endings are often early on in a person’s life and then the all-consuming structure of practice, performance, repeat, is stripped away.

Not to bring this too far down, the series will leave you smiling, crying, and begging Jerry to come mat talk you through your worst days. 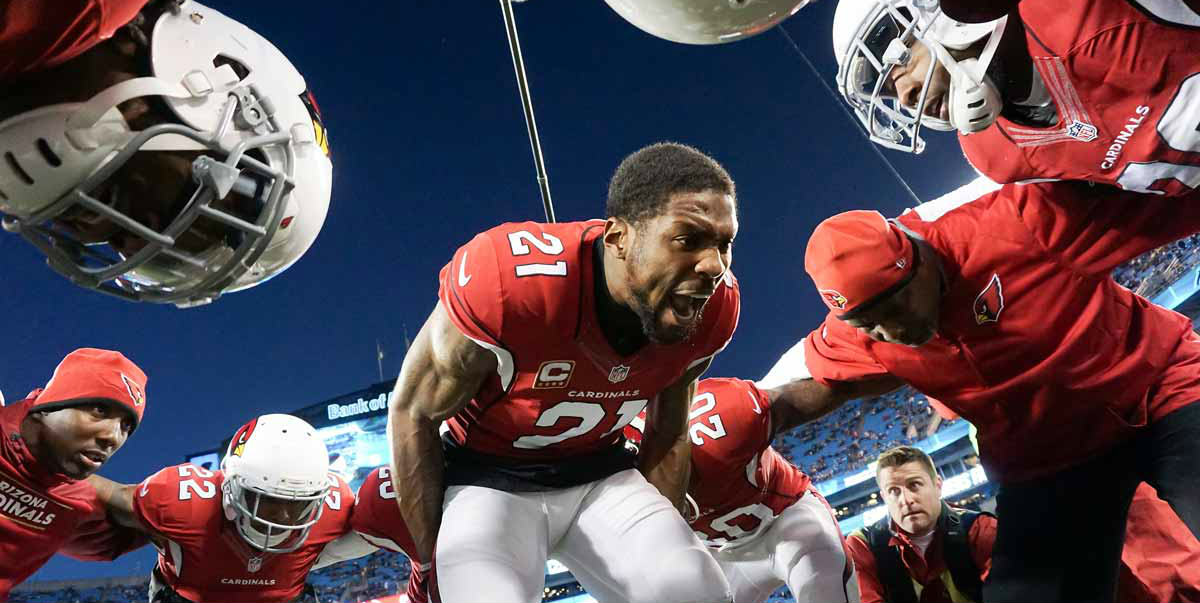 Where to watch: Amazon Prime
What’s it about? Various: NFL football, soccer

All or Nothing is a great documentary series following several professional sports teams as they progress through their seasons of competition. Through a combination of narrative and professional footage, the series tackles (sometimes literally) the ups and downs of a team and the weight of the duties that follow you on and off the field.

This includes interviews, press after matches, dealing with the loss of morals and remembering that when victory is on the table. It’s a great watch for fans of whatever sport they choose, but it also for those who may not be into NFL or English Premier League teams. There are a few seasons available now, with another installment about the Philadelphia Eagles premiering February 7, 2020, and a series about the Australian cricket team due out March 12, 2020. 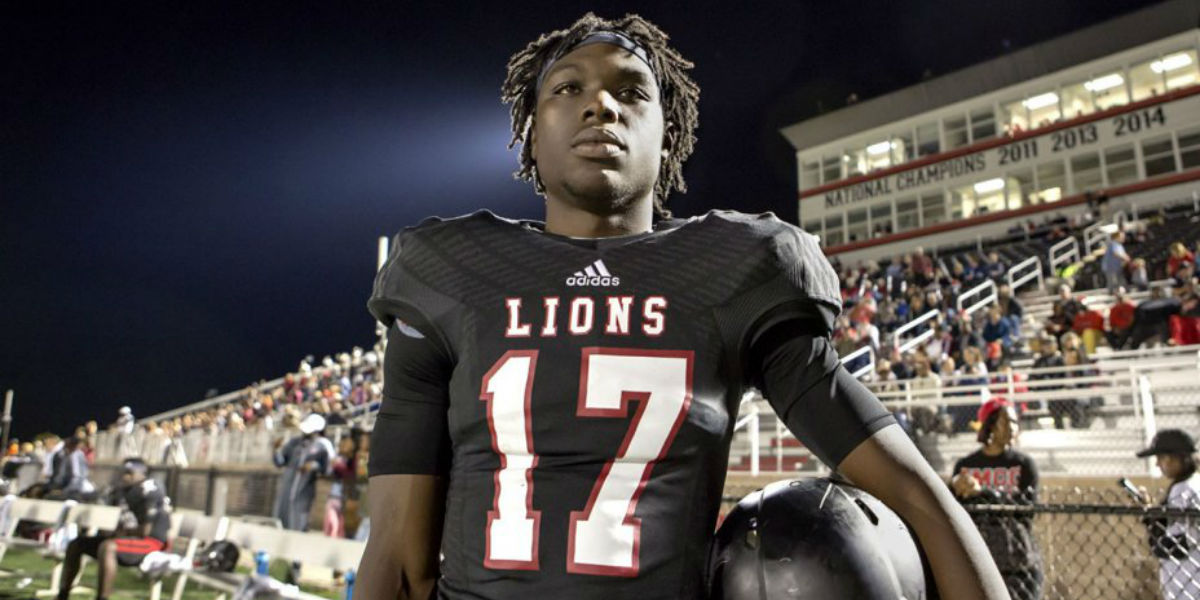 Where to watch: Netflix
What’s it about? College football

Much like Cheer, this series focuses on players who excel outside of large state schools and universities that are often represented at a major NFL draft. These are the players who are making a difference on the field, but at a smaller community college rather than on prime-time television.

In one episode, you will hear about a defensive lineman who wanted a chance to get his life together and play the game. In another, you will meet a star linebacker who was cut from Texas Tech, arrested on burglary charges, and then transferred to East Mississippi Community College where he took hold of his second chance.

The series shifts schools by season 3, but the stories stay just as captivating and leave you wondering, “Where are they now?” 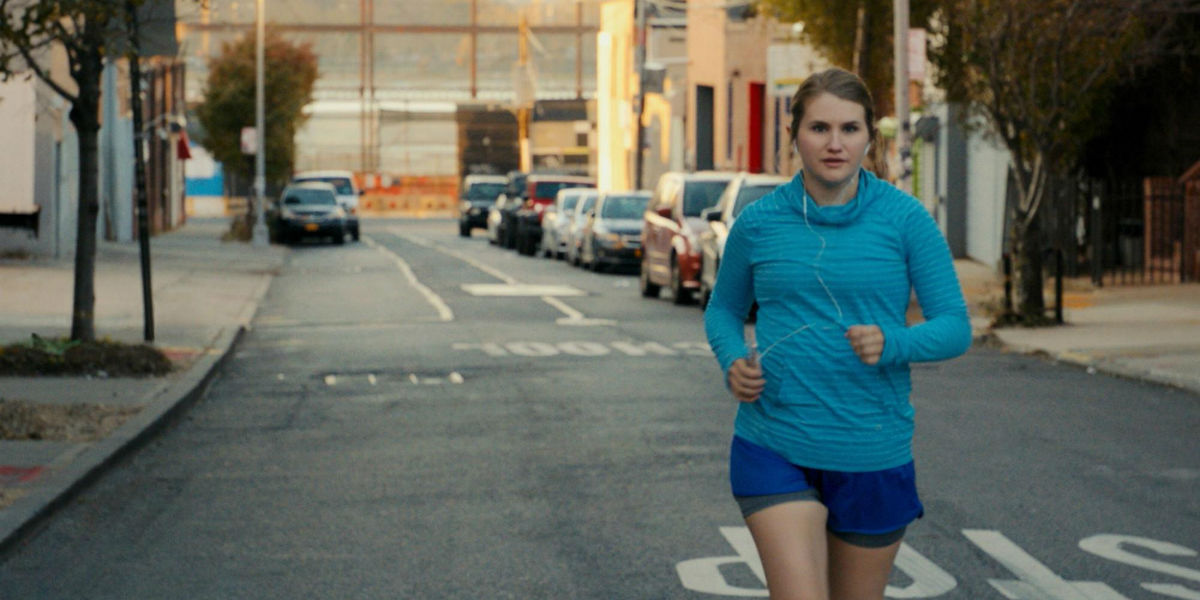 Where to watch: Amazon Prime
What’s it about? Running

This is a bit of a cheat, but it is also the type of sports movie that could translate to the small screen well. With one central goal in the movie — run a marathon — Brittany Runs a Marathon is a story about a woman who turns her entire life around when she deicides to train for a marathon. It’s about committing yourself to something that will not only physically challenge your body, but also challenge your mind.

The main reason for including this film in the list is because it breaks the mold of what other movies could have done with this premise. It does not immediately strip away problems with a montage of fitness clothes shopping, nor does is steep into areas that are best reserved for a Rebel Wilson led comedy. There is this internal battle that never quite goes away despite improvement and constant small wins.

That is sports in a nutshell. And this movie is a great encapsulation of the bigger stories the rest of these series are telling.

If none of these appeal to you, there is always the The Mighty Ducks trilogy on Disney+. You may even want to watch these first.