We use cookies to ensure that we give you the best experience on Hypable. If you continue to visit us, we will assume that you are happy with it.
9:30 am EDT, July 30, 2019

‘She-Ra’ season 3 review: Beyond the point of no return

She-Ra is making a return for its third outing on August 2, but we had the chance to watch all six episodes ahead of its premiere. And boy, is it a doozy.

Getting into She-Ra was something of a slow burn for me. It took the more sedate pace of the second season, coupled with the fleshing out of several character ties and relationships, for it to really find its footing, but notching the action back somewhat paid dividends as the series heads into its third outing. The foundations upon which She-Ra has been built don’t just crumble away over the six episodes that showrunner Noelle Stevenson and her exceptionally talented and dedicated team have delivered to us. They’re obliterated.

And I certainly don’t mean that in a bad way. In fact, it’s a huge reinvigoration and looks set to take the entire show in a direction I can’t say anyone will have been expecting. It is complex, layered, and genuinely has me anticipating where it might go next — especially after the bomb-drop of a cliffhanger that the third season leaves you on. A cliffhanger that creeps up, slowly, over the course of the six episodes, and has been embedded into the DNA of the show since day one. It was just that the pieces never really come together until the third season plays out in all of its nail-biting, edge-of-your-seat glory. 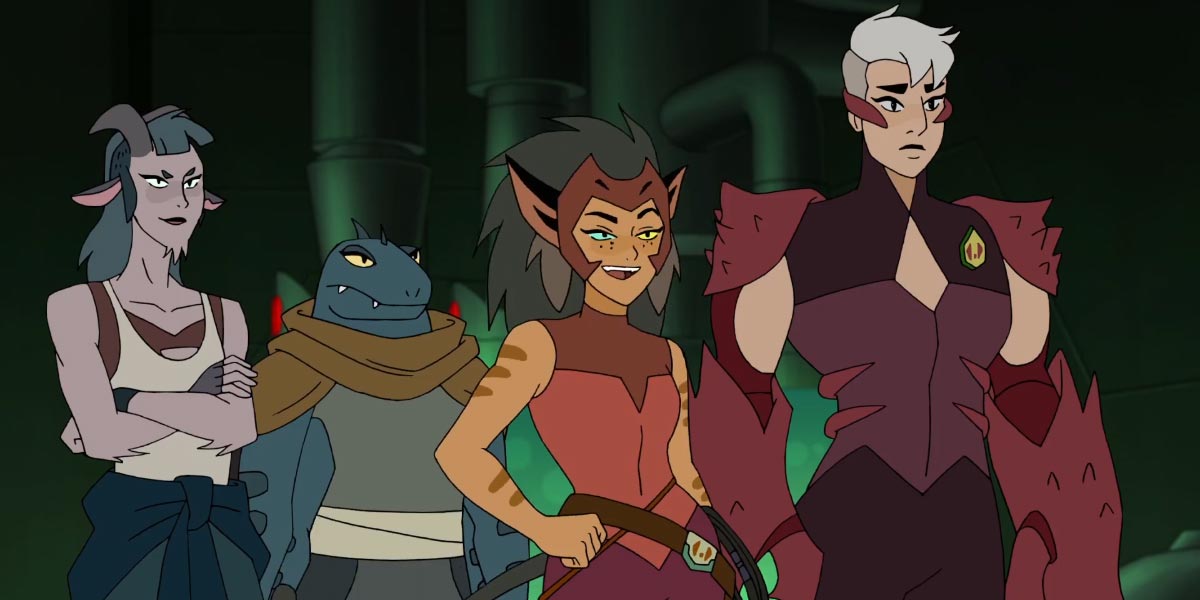 But the foundation that is rocked, more than any other, is the one upon which She-Ra built the bulk of its storytelling. Its true core: The relationship between Catra and Adora. It was always going to reach a tipping point, and if you thought season 2 took them right to the precipice, the third pushes them beyond the point of no return. Because, when it comes down to it, the actions of both characters, their choices, and the consequences of them irrevocably changes who and what they are to each other.

Where Adora searches for the truth — and, in some cases, finds it — about her origins and the power of She-Ra, Catra seeks to undermine her at every turn. Going back to who they were, together and apart, prior to Adora leaving the Fright Zone is never going to be possible, and both characters come to terms with what that means — with disastrous results.

Breadcrumbs of resentment have been littered between Catra and Adora over the course of many, many episodes. And that finally comes home to roost. The biggest catalyst being the wild-card of Shadow Weaver. The relationship that both Catra and Adora have with their pseudo-mother-figure is complex, steeped in years of emotional abuse and manipulation, but also a twisted sense of love and loyalty.

Catra craves acceptance, validation, and yes, to an extent, an unconditional sense of love, but is always passed over in favor of Adora. The favorite child. In Catra’s eyes, at least. It introduces a pressure point that is something of a hot-button. People choosing Adora over her. More than anything, the need to beat Adora in all ways, shapes and forms drives and motivates Catra — when she falls, fails, and repeats the cycle, Catra gradually has nothing left to lose. And there is nothing more dangerous than a character who has nothing to lose.

And, in She-Ra’s case, that danger is more than just the degradation of a relationship — or, in some cases, several. It is universe-altering. Because when Catra is given the opportunity to go full-tilt into her darkest urges, she grasps at it with both hands, despite several characters attempting to pull her back from the edge. And once Catra commits, it is like dominoes: thing spiral at speed.

There is no going back as the show enters new, uncharted territory. Not only in Catra’s choices to move further away from Adora’s reach, and her friendship with Adora, but also for how we — and in turn, the characters — understand Etheria, and the universe in which it exists. For those of us who have been waiting for the mythology and lore of the show to expand, season 3 is a veritable treasure trove. 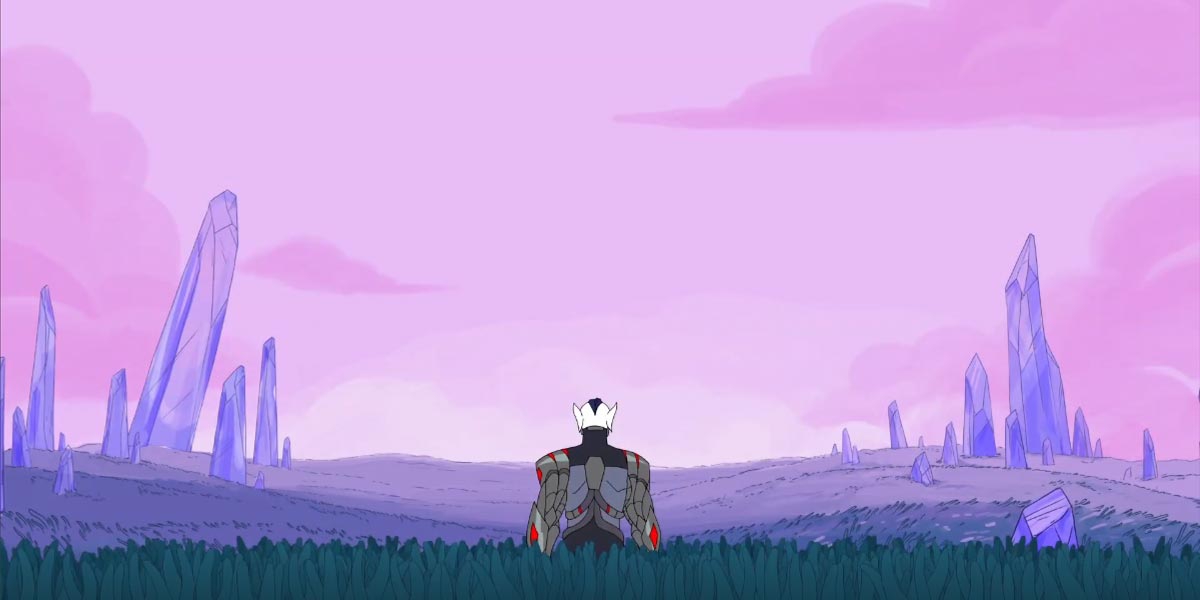 The truth about Hordak and where he came from, as well as the origins of the Horde and what Etheria could look like if they win, are all present and accounted for in season 3. And it is, in some ways, a villain origin story that is steeped in well-walked tropes and expectations — but there is also more to it than just that. Hordak and Entrapta’s fledgling friendship pushes them both, and provides Hordak with a side that we — as audiences — have not always been privy to. Certainly, there is more to uncover and dig into — and future seasons will undoubtedly do so — but what we learn here is rich with expanding upon the characters and their pasts.

The previous She-Ra, Mara, is included in that. The clues were woven into the fabric of the second season for when Adora needed to find out more about who she is and where she came from, and Adora follows them through to their conclusion — even when it means leaving parts of her former life behind, for good. Glimmer and Bow, through it all, stand strong by her side, and the three of them will need each other more than ever when the dust settles on the third season, and the dawn of the fourth arrives — because certain catastrophic events transpire that will alter the course of their individual trajectories forever.

Oh, and the introduction of Huntara and the Crimson Waste is undoubtedly one of the true delights of season 3. I was disappointed not to learn more about Huntara — and eagle-eyed fans will not miss some subtle interactions between her and another character during the trio’s time in a Crimson Waste tavern — but there will be time for that.

Especially, and hopefully, if she plays a bigger role moving forward. And I really, really would love for her character to be expanded upon. The hints at Huntara’s past give her a connection to Adora that is difficult for Adora’s other friends in the Princess Alliance to understand or fathom, and it is something that Adora might need moving forward. Huntara is, without a doubt, the best source to tap into for that potential — especially with Catra moving even further outside of Adora’s orbit.

There was something of a safety-net hanging securely underneath She-Ra prior to season 3. These six episodes remove that net, and the show plunges deep into something unknown. Stevenson and her team are testing the boundaries of what, and who, She-Ra is, and both the character and the show are all the better for it. It’s not entirely clear where they might take She-Ra beyond this point, but that is certainly part of what makes it so exciting.

She-Ra continues to surprise me at every turn. There is no doubt in my mind that the show deserves a fourth season, and I cannot wait to see where it takes us next.