We use cookies to ensure that we give you the best experience on Hypable. If you continue to visit us, we will assume that you are happy with it.
8:15 am EDT, April 26, 2019

‘Shazam’, ‘Black Adam,’ and the future of the DCEU’s newest franchise hero

Let’s take a look at Shazam’s potential sequel(s), the coming of Black Adam and what it all means for the DCEU’s newest hero!

First of all, there’s very little doubt in my mind about whether Shazam will get a sequel.

It was a critical success, with a 90% on Rotten Tomatoes, an A cinemascore rating, and overwhelmingly positive word of mouth. And while it won’t break 1 billion at the box office, it’s already made back three times its budget with its worldwide gross.

I’m no box office expert by any stretch of the word, but I’m guessing WB is more than happy that the movie made back its budget and then some, and ended up being one of the most highly reviewed and received movies for the DCEU. And with the DVD release date already set for June 2019 (as if WB always planned for it to have a shorter theatrical run) and a budget that’s considered small — less than $100 million — for superhero films these days, I have a feeling things are progressing just as expected for Shazam.

Plus, while its theatrical halt will essentially come to an end — seeing as a little movie called Endgame is set to demolish every single box office record in history this weekend — my guess is that, like Wonder Woman, Shazam’s home and digital download sales will add a hefty amount to its overall gross as well.

Finally, we’ve already gotten confirmation that both writer Henry Gayden and director David Sandberg will be returning for a sequel which technically doesn’t even exist, but also actually seems to exist in all but name (and official confirmation). 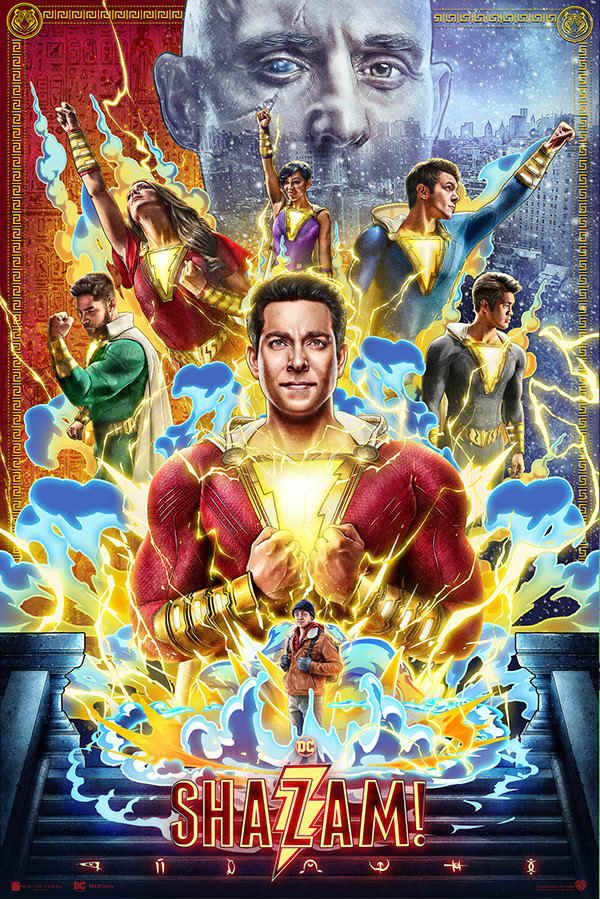 So what might we expect to see in a sequel?

Well, as much as I would love to see it — considering how much I dearly and sincerely love Dwayne “The Rock” Johnson — I do not think Black Adam is going to be the big bad for a Shazam sequel.

While Dwayne Johnson had a hand producing Shazam and has long been cast as Black Adam, he recently released a video in which he both thanked the audience for their enthusiasm for the film, expressed his happiness that the movie was doing so well, explained the journey of the film, and talked a little bit about Black Adam.

In terms of the development of Shazam, he gave a little bit of backstory of the film, as well as why a Black Adam movie has yet to start production despite the news of Dwayne Johnson being cast being years old at this point.

You can actually still see the bones of this original script in Shazam, as we do get two origin stories — Billy Batson’s and Thaddeus Sivana’s. This was a smart switch to make, though, because while Sivana is a major player in Shazam’s rogues gallery, Black Adam is a major player in the DC Universe at large.

Squeezing such major origin stories into one film would have undoubtedly left the movie feeling crowded, the characters feeling underdeveloped — not to mention, with Dwayne Johnson as a part of the cast, the movie would have been much more expensive.

In fact, the trajectory that would make the most sense — and that’s been pretty popular around the DC fandom — is to not have the big, head to head battle between Shazam and Black Adam happen until Shazam’s third film. Have the soon-to-be-greenlit sequel to Shazam focus on one of the best parts of the movie — the Shazamily — that didn’t get to have a lot of publicity or play in the movie, and have them team up to fight the villain who was teased in the mid-credits scene, Mr. Mind. 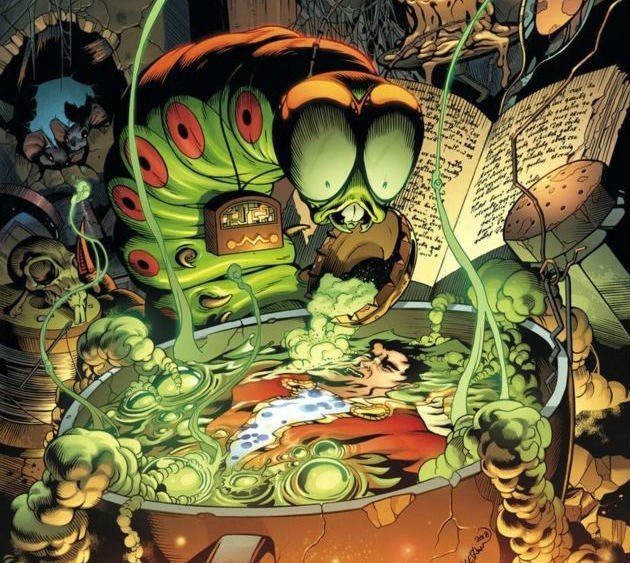 Mr. Mind, as we saw from the mid-credits scene, is an evil worm with telepathic abilities. Yes, that is a silly sentence and it doesn’t sound like it should work, but to be fair, neither does the plotline of Shazam and it most certainly does.

Mr. Mind, in addition to being an evil genius who is able to take over your entire body and mind and control you, also has a form in which he can eat space and time.

He’s also the head of a supervillian team called the Monster Society of Evil, comprised of a variety of villains who are mostly unknown — like King Kull and Oggar.

With Mr. Mind as the main antagonist for a Shazam sequel, the movie could focus on Billy honing his superhero powers and the Shazamily learning to work together as a team — both skills that need to be sharpened to even be a match for a foe as powerful as Black Adam.

This sequel wouldn’t even need to feature Black Adam — it could mostly be a movie with Dr. Sivana and Mr. Mind working together to create a Monster Society of Evil to battle the Shazamily, failing, yet finding a way at the very end of the film to bring Black Adam into the current timeline.

Just imagine a final or end credit scene in which Mr. Mind and Sivana (who — in comics canon — is responsible for bringing back Black Adam) are hidden away in whatever villain hidey hole they’ve escaped to after being defeated by the Shazamily, working to open a portal.

They’re successful — and out of the blinding light and smoke steps Black Adam played by Dwayne ‘The Rock’ Johnson. 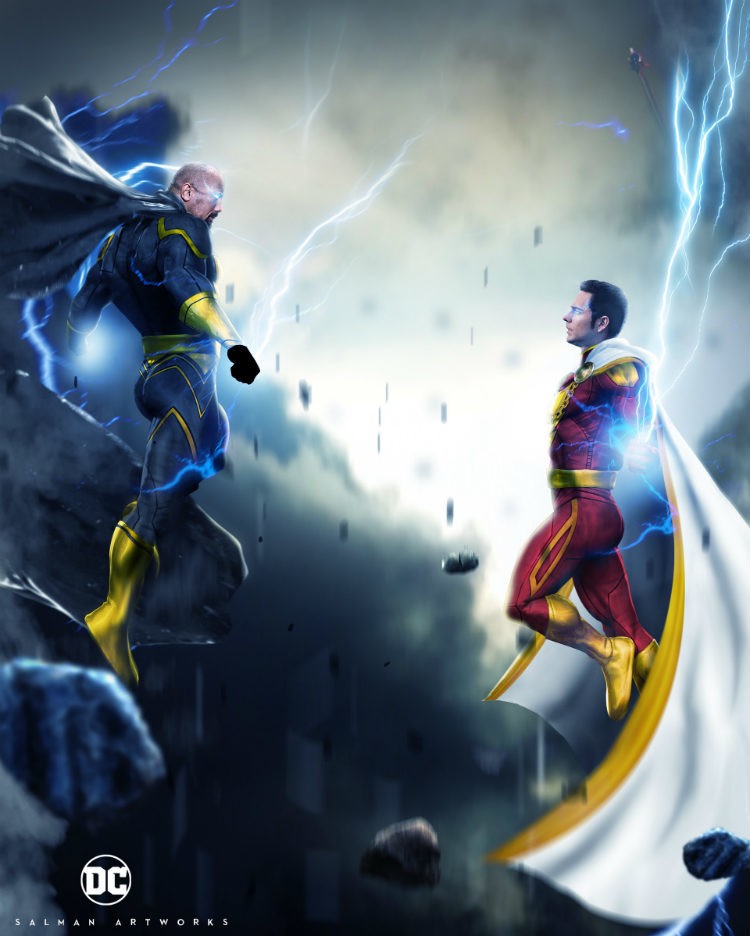 So where, then, does a Black Adam movie fit into all of this?

With Dwayne Johnson stating that Black Adam is set to start production in about a year, and with all the pieces of a Shazam sequel being put together, it’s possible that both films will shoot concurrently, with the Shazam sequel coming out first, followed by a Black Adam solo film.

A Black Adam solo film set post-Shazam sequel would both give Black Adam the right amount of time and storyline to devote to his origin and journey and establish him as a major threat to the increasingly formidable Shazam and his Shazamily.

Plus, it would likewise build up hype and anticipation for the third entry into the Shazam universe — a Shazam versus Black Adam film.

Also, I absolutely and unironically love Dwayne Johnson and have been hyped about a Black Adam film for quite some time now, a sentiment that Dwayne Johnson himself clearly shares in his recent video, saying:

I can’t wait to play Black Adam — [long, dramatic AF pause] — because they’re all getting their asses kicked when I play Black Adam. That day of reckoning is coming for everyone.

I can’t wait for that day of reckoning.

It’ll be a little ways to get there, but if WB is smart (and they’ve really been so much smarter these days), they’ll take their time, keep the next few films on the lower budgeted end, and then put up big for their Black Adam versus Shazam film — and (hopefully) reap just as big rewards.

Bring on the Shazam cinematic universe, WB. I’m ready for it!

by Sonya Field
by Kendra Cleary