Shadowhunters season 3 returns soon for the final run of episodes. Ahead of the premiere, Hypable spoke with executive producers Todd Slavkin and Darren Swimmer.

Entering the series for episode 2×01, Todd Slavkin and Darren Swimmer took the reins of Shadowhunters and set out to leave their mark on the adaptation. And with episode 2×04, “Day of Wrath,” they did. Removing Jocelyn from the Shadow World set a new path for the series.

Freeform’s Shadowhunters has decidedly carved out its own place in the mythology. While the books blazed a challenging trail, the series has, more often than not, opted to travel alongside the beaten path, deciding to tack more formidable obstacles and not being afraid to gain some scars in the process.

Grief cuts deep in the Shadowhunters 3B premiere, which airs on February 25. “Lost Souls” picks up during the days following the May finale and leans in on the emotional state of everyone following the explosion at Lilith’s penthouse. It’s a necessary and cathartic reflection on how much care and consideration the writers and actors brought to these stories each year.

And that is never more evident than when you speak with executive producers Todd Slavkin and Darren Swimmer. There is palpable excitement as they unpack some of the intricacies of what makes the series tick. But there is also a sense of deep protection of these characters and the stories that they’ve been able to tell over the course of two seasons.

As the build up to the return of Shadowhunters season 3 permeates the fan base, the showrunners are happy to share in the thrill of finally getting these episodes into the world. And let it be known, the 3B premiere is worth the wait.

With the episodes only days away, Slavkin and Swimmer discuss the collaborative working environment, the emotional final days, and reveal a bit about what’s in store for Simon and Malec when the series returns.

Coming into a new season of ‘Shadowhunters,’ what are the early conversations like as you begin to build out a season?

Swimmer: We have always [approached] these 20-episode seasons by looking at the season as a whole. We formulate the peaks and valleys and development of the characters across that.

So, we have the benefit of being able to spend quite a bit of time figuring out exactly how to cross that episode 10-11 mark, rather than getting to the end of one season and not really knowing what we are going to do, how we are going to get out the mess that we made. The conversations are always long and complicated. They are never easy.

I’ve previously spoken with Dominic [Sherwood] earlier in season 3, and with Luke [Baines] more recently, and they both mentioned, very specifically, the research that goes into understanding the emotional truth of what someone in their situation is going through.

Which leads me to ask what that collaboration is like between the actors and the drafting of the story and directing of these episodes.

Slavkin: As Darren said, before we start a 10-episode season, we know the arc of those characters. We might only have three scripts written, but we know [what’s going on]. We’ll sit down with each actor before we start a season, and this started when we took over the show with episode 2×01 moving forward, and [again with] each of these 10 episodes. [We lay out] “this is what you’re going through” so [the actors] know ahead of time.

Some writers don’t like to do this and want the characters to go through this as they read the scripts, but for us it gives [the actors] an investment in it. We look at these actors as our partners as well. They read these scripts, and they’ve spoken up, so they understand emotionally where they’re at. 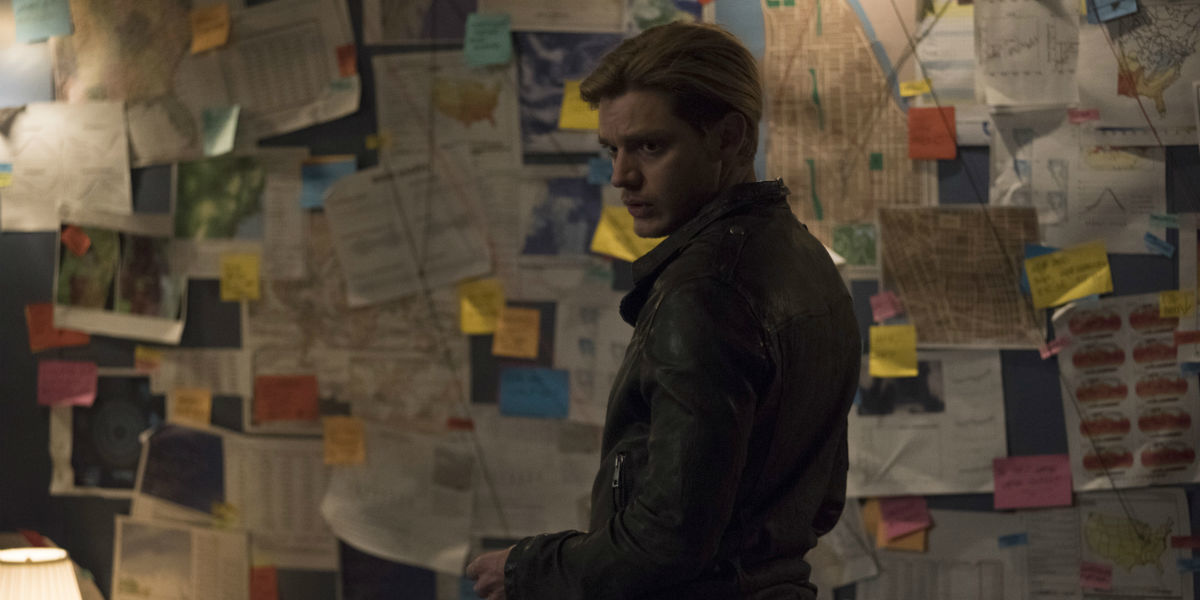 These scripts are written by our incredibly talented writers, the writing is just amazing, and these scripts spell it out even more. And if they have questions, which they often do, they’ll email or get on the phone with us as they shoot these episodes and we’ll discuss it.

Oftentimes the directors are coming in, doing one episode, and moving on, with the exception of [executive producer and director] Matt Hastings.

It is pretty incredible. This cast [in the premiere] are at the top of their game. They are all so good. They always have been, but it’s only deepening now and getting better and better.

Coming into this big finale-finale, the end of the series this season, am I correct that you are directing the two final hours, Todd?

Was it important to you to take the helm of this process and have your hands on the steering wheel, so to speak, as you went into building out the culmination of the season?

Slavkin: I was going to [direct] episode 19 of this season, and I couldn’t for various reasons. And then this unfortunate thing happened. But it was a chance. Darren and I got to write the finale and the other script [the first hour] was done by a group of our writers and it’s so good, episode 21, is incredible.

It was as you can only imagine an emotional experience because every scene is like, “Well, that’s a wrap on that set. Say goodbye to Magnus’ apartment.”

We’re so proud of the show and each day was an emotional roller coaster, wrapping actors as we went along. But we got through it. We can’t wait for the fans to see it because I think, for fans of the show, we wrap things up, but we also left it open. There’s way more to do and I think the end of the show lets you believe that. I want to dig into some more character-specific aspects of the series, in particular one character who just has the toughest time of it, and that’s Simon. He has so much going on between the Mark of Cain, Raphael’s departure, saying goodbye to his mother, Maia returning, the guilt of losing Clary.

You have all the mythology of the books to go on and yet you also have this incredible actor [Alberto Rosende] in the role. How was it reconciling what you could throw in Simon’s way [in season 3]?

Swimmer: Well, we know that Alberto can handle any acting challenge we throw his way and we wanted to really put Simon through the ringer.

He never asked for any of this and the way that he deals with it going forward is as much for everybody around him as it is for himself. The sacrifices he makes are always for the people around him. He’s ended up on sort of an island and when somebody is in a situation like that, the people closest to them come to their rescue.

That’s what happens here. He will be depending on others to help him through it. That’s one thing we wanted to see, how his situation can help propel him getting together with somebody else big in the mythology that we’ve all been waiting for.

Slavkin: Not a lot of people know this, but Alberto is this amazing athlete. His physicality is incredible, and we haven’t really used it that much on the show. He has at times with some great fights, but as we move forward we really get to push that envelope and continue to see Simon in these new lights.

I think you both have done such a great job with the choices you’ve made, whether that’s completely deviating from the books by killing off Jocelyn or expanding the development of these characters, especially Magnus and Alec.

Slavkin: The Magnus and Alec [relationship] has always been a joy to write. The relationship between a 23-year-old human and a 600-year old warlock, it’s every writers dream.

And now this idea where the more senior person, the person who was able to portal them to Paris, cannot. All of a sudden, the dynamic changes in the relationship so drastically. It’s a real jolt to the system and you see the beginnings of it in 3×11 and it doesn’t really go away. Alec is a problem solver. He’s the head of the Institute. If there’s a problem and we are going to solve it and we’re going to get through it. That’s just his MO. And sometimes in life you do that to an extent where it takes you down paths that might not be the right because you’re on such a mission to make your partner happy and solve a particular problem.

We explore some of that because Alec is the most supportive guy in the world to all of his friends and family, and especially to Magnus. And so, Alec is on this interpersonal journey is one of the most exciting things that Matt Daddario has ever done. Alec’s storyline on that personal level is fantastic.

He’s also dealing with his sister and really incredible political decisions as the head of the Institute. Alec’s got a lot ahead.

Related: Shadowhunters interview: Matthew Daddario admits ‘Alec has a tough time of it’

Before we wrap up, I wanted to touch on Jonathan’s reintroduction and how it went developing the role with Luke Baines.

Swimmer: We couldn’t be happier with Luke as Jonathan, he’s perfect as the true face of Jonathan and as much as Sebastian, who was played by a different actor [Will Turdor], we get to see this darker more vulnerable truly twisted side of Jonathan.