If you’re in the mood to fall in love with love, Jenn Bennett’s new YA romance Serious Moonlight is the feel-good novel you need right now.

Every once in a while, a romance novel will come along that will make you feel fuzzy from your head to your toes. It lifts your spirits and make you smile uncontrollably as you lose yourself in the story. Serious Moonlight is just that novel.

Set in beautiful Seattle, this YA book follows Birdie and Daniel, one of the most adorable couples you’ll ever meet. Birdie Lindberg is a quiet, mystery-loving teenager who just wants to feel connected to someone. Raised and homeschooled by her grandparents after her mother’s sudden death, she can’t wait to get her first taste of independence by working the graveyard shift at a historic Seattle hotel.

It’s there where she meets the charming Daniel Aoki, a young van driver for the hotel, who tips her off about an intriguing mystery involving a famous author that’s happening right under their noses. Though their friendship gets off to a rocky start (to put it mildly), they bond more and more as they work together to solve the case of the puzzling writer while also searching to uncover the secrets they each try so hard to hide.

And secrets there are aplenty.

The two main characters, Birdie and Daniel, are incredibly adorable (together and apart) and very true-to-life. Well, probably moreso Birdie than Daniel because Daniel, though he’s not without his secrets, is almost overly charming and patient and, well, better than a lot of guys I’ve met in my 28 years on this earth (and he’s only supposed to be 19).

Honestly though, as characters go, they’re the kind of people that you would have a blast hanging out with and getting to know but who would also never make you feel like a third wheel. There’s one particular sequence in the book that finds them doing something I’ve always dreamed of doing with friends (or a romantic partner) and made me wish I was right there alongside them. They’re both quirky in their own ways, but they complement each other so well and their dynamic makes for a really rewarding slow-burn romance.

I really enjoyed the amount of depth this story has to offer. It’s not just “girl meets boy, girl hesitates to date boy because of reasons, girl and boy have a misunderstanding.” Sure, on the surface (and even sometimes while reading this novel), Serious Moonlight seems like a pretty simple, straight-forward romance. However, it layers in a lot of interesting and true-to-life obstacles and elements that make it feel more real than many contemporary YA books, let alone YA romances, that I’ve read previously.

For one thing, both characters have their own baggage that they’re trying to hide from one another. Neither has outrageous, soap opera-level baggage, but the secrets also aren’t ones that are easily discussed and forgiven in a single conversation. Birdie and Daniel’s struggles are not only realistic, but they’re also ones that aren’t often represented in media the way they are here. While their struggles are usually played off as a joke or an after school special, Jenn Bennett writes them with such care and honesty in this story.

That’s not to say that there aren’t some awkward or chuckle-worthy moments between them. In fact, their meet cute (which I won’t spoil here) is definitely one for the books and not something I’d ever imagine reading in a YA novel. But that’s because so many YA novels are sterilized or stereotypical depictions of the teenage experience. Serious Moonlight, however, tackles more serious and traditionally adult topics head on.

For instance, in this novel, sex isn’t a dirty, taboo thing. It’s a natural and normal part of life, not something to sweep under the rug and try ignore. Serious Moonlight‘s honest discussions of sex and desire are incredibly refreshing and ones I wish I had read while I was still a teenager. I really appreciate the lengths the author goes in Serious Moonlight to get the reader to see Birdie and Daniel as people rather than cookie cutter teenage characters that play specific roles in the story.

From Birdie to Daniel to even the array of fascinating supporting characters, it’s obvious that Serious Moonlight has so much love for each and every one of its characters. Even characters that are supposed to be considered annoying are drawn with such care that it’s hard to dislike them. They’re all flawed in their own ways, but they’re endearing nonetheless. My personal favorite supporting character is Birdie’s godmother, who lights up every scene she’s in (thanks in large part to her ostentatious ensembles and bold personality). I said it before and I’ll say it again: Every single one of these characters is a person who would be a blast to spend time with and befriend.

In terms of the novel’s side plots, there’s one major one that revolves around a mysterious man who makes regular visits to the hotel where Birdie and Daniel work. Now, it’s not all that attention-grabbing at first. In fact, I’ll admit that I didn’t see the purpose of the case of the historic hotel and elusive author until around the last quarter of the novel. It just felt so slow and directionless. Not only that, but it took precious time away from the wonderful yet quiet moments between Birdie and Daniel that truly make this book special.

However, everything comes full circle and the point of the mystery becomes crystal clear at the novel’s climax, adding yet another layer to this already intricate story. I wish it could have been a little more intriguing of a mystery up front, but it resolves in a very satisfying manner. I look forward to seeing how it plays out on a re-read.

I thoroughly enjoyed reading this novel and hope to one day find a Daniel of my own (if just for the wonderfully creative and romantic date ideas). If you’re a fan of sweet romances or stories of characters who help each other carry their baggage, add Jenn Bennett’s Serious Moonlight to the top of your to-read pile. Your heart will thank you. 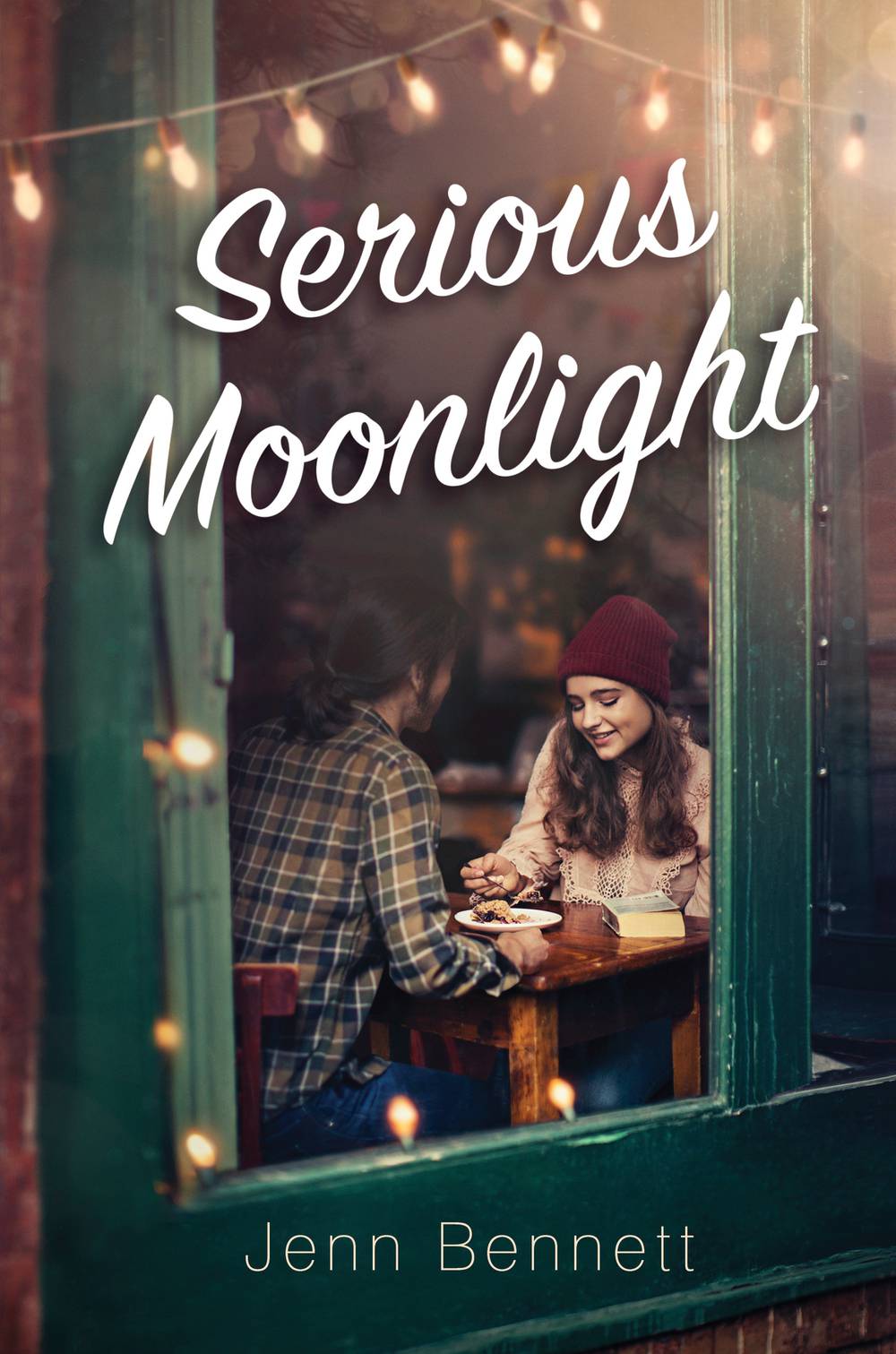 Serious Moonlight by Jenn Bennett is available now from Amazon, Barnes & Noble, The Book Depository, or Indiebound. Also, don’t forget to add it to your Goodreads “to read” shelf!