We use cookies to ensure that we give you the best experience on Hypable. If you continue to visit us, we will assume that you are happy with it.
1:30 pm EST, January 14, 2020

‘Run BTS!’ episode 91 funniest moments: This is a hard game

On Run BTS! episode 91, “Mini Golden Bell pt1,” the members played three different games with the host as individuals. Whoever ends up with the lowest score will receive a penalty, while the host would receive an advantage.

Since Taehyung had never hosted before, he volunteered quickly and then learned it’s not as easy as it looks. However, it did make for some excellent comedy in the episode.

Here are the funniest moments from Run BTS! episode 91:

Whose voice is it?

In the first round of the games on Run BTS!, the members were played a short video clip and had to guess what the sound was in order to receive a point.

When they were played a clip of one of them yelling, there was much debate about whose voice it could be, even between the members who they thought it could be — Jin, Jimin, and Jungkook. This led to them trying to reenact the sound and argue about who it actually was.

The correct answer ended up being Jungkook, even though Jungkook himself couldn’t tell who it was at first either. 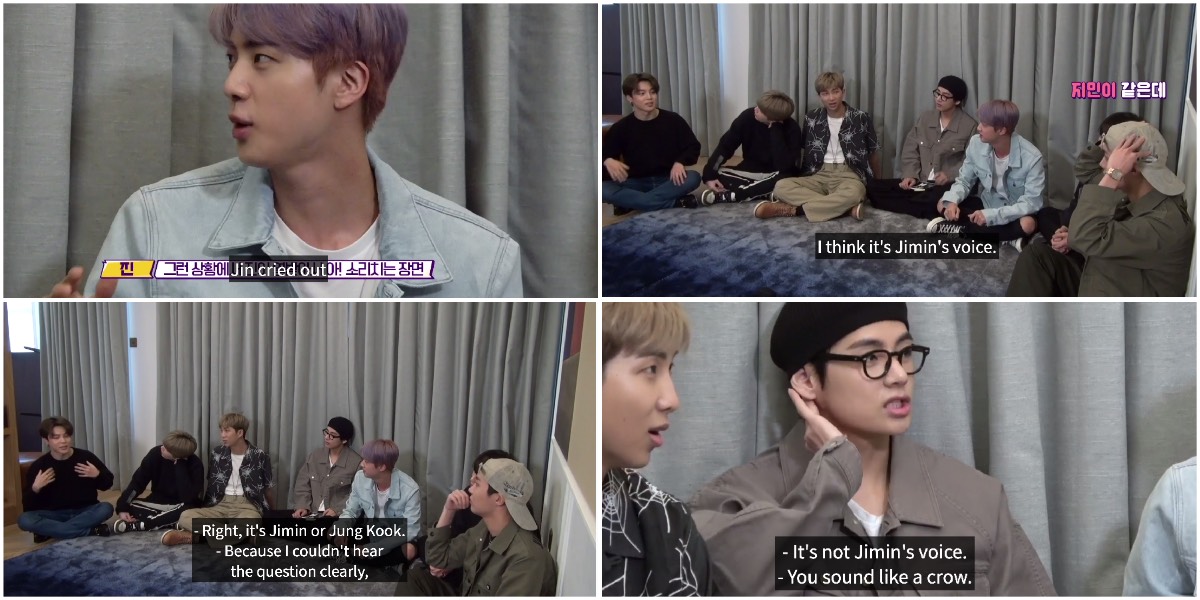 When the members were played a sound clip of Hobi yelling in excitement, they had to guess what the clip was about and who he was talking to. Since it is something that Hobi does fairly often, there were a lot of random guesses thrown around.

Taehyung ended up giving them another hint to help, which caused Jungkook to think he had a good idea of what it’s about. But then after saying it, he realized that’s not it at all. 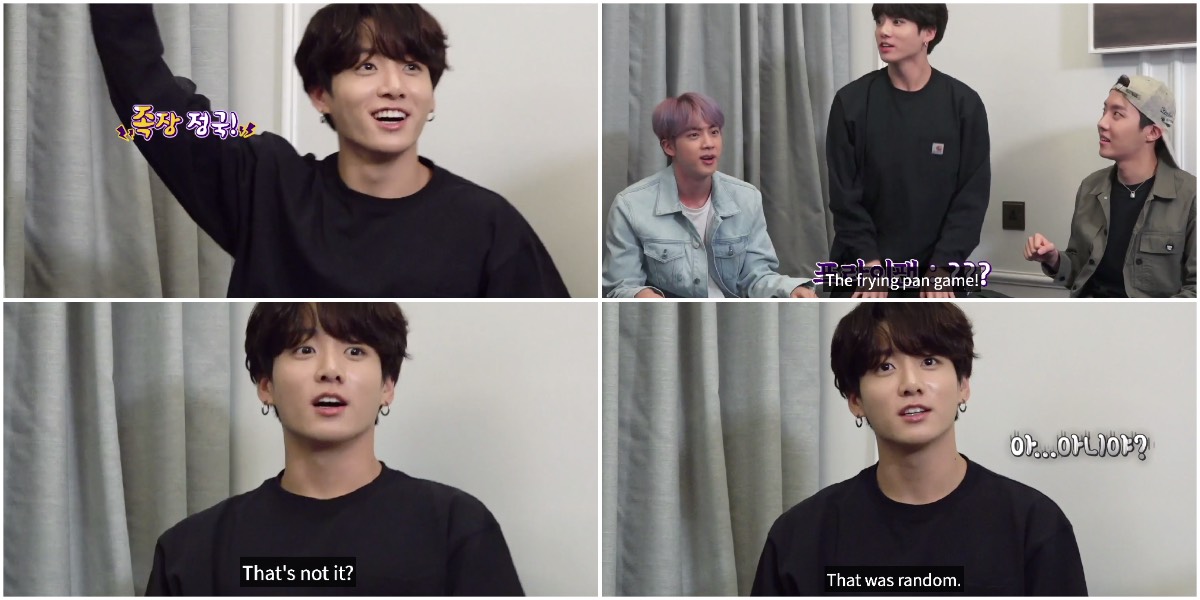 This is a hard game

After spending a lot of time trying to give clues and help out the other members, Taehyung was exhausted by the time they finally figure out what Hobi’s sound clip was about. It was enough to make him declare that the game was too hard. Which actually made the other members laugh because he was not even the one having to guess.

It might have been enough to make Taehyung never want to host Run BTS! again, which only amused the others more. 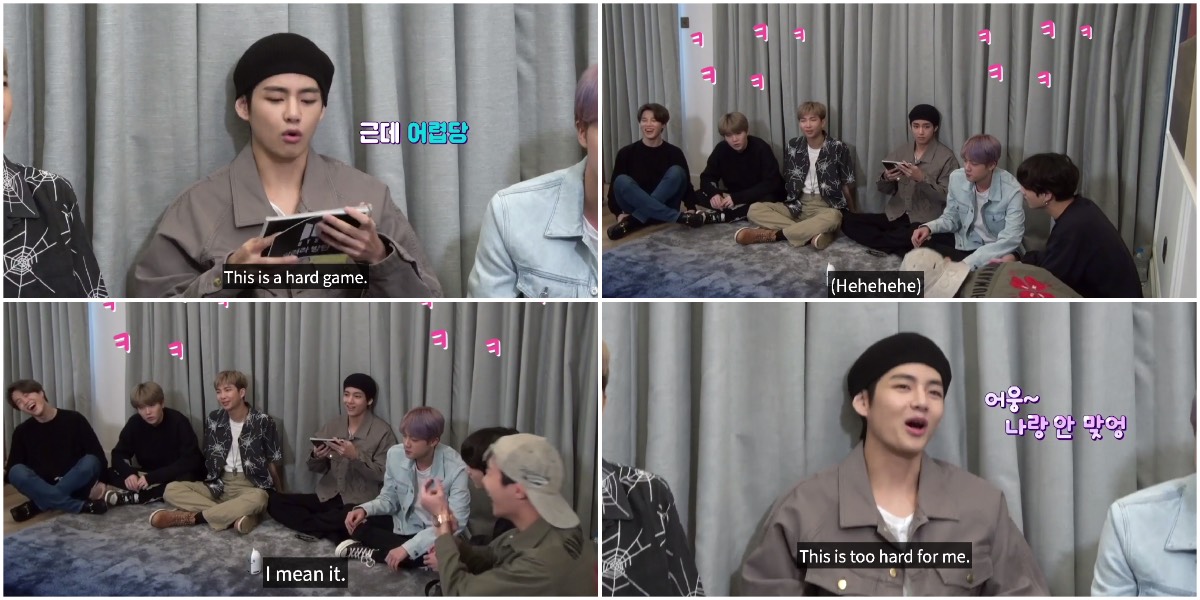 Why are you telling me all this?

After correctly answering a sound clip, Jin celebrated. It was short-lived, however, because the other members pointed out that Jin never specified who he was talking about in his answer, which they think meant he shouldn’t get the point. It caused a lot of ruckus from the group and Taehyung asked them, “Why are you telling me all this?”

They had to remind Taehyung that as the host it was his decision whether anyone else would have the chance to guess again because of Jin’s mistake. 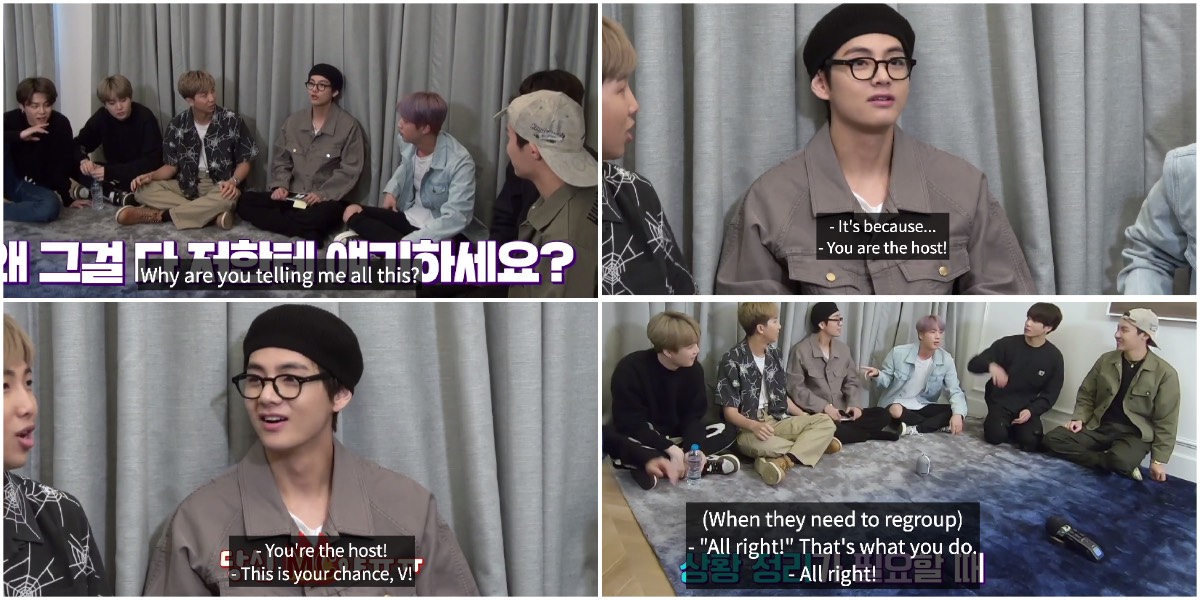 When BTS was played a long clip of Jin yelling, they were all excited that they knew what it was. What they weren’t expecting was to be asked how many times Jin yelled out, “Oh!” during the audio clip.

Jin was actually the first one to guess and got it wrong, only for Namjoon to then suggest that they should each only get one try at the answer. Taehyung agreed, much to Jin’s dismay, and the rest of the members got to guess once, too.

Namjoon and Jungkook both got the answer wrong too, though, which left it down to just Yoongi, Hobi, and Jimin. Yoongi concluded that Hobi should go first since he had the least amount of points out of them. Hobi wanted to go last, which resulted in a hilarious exchange. 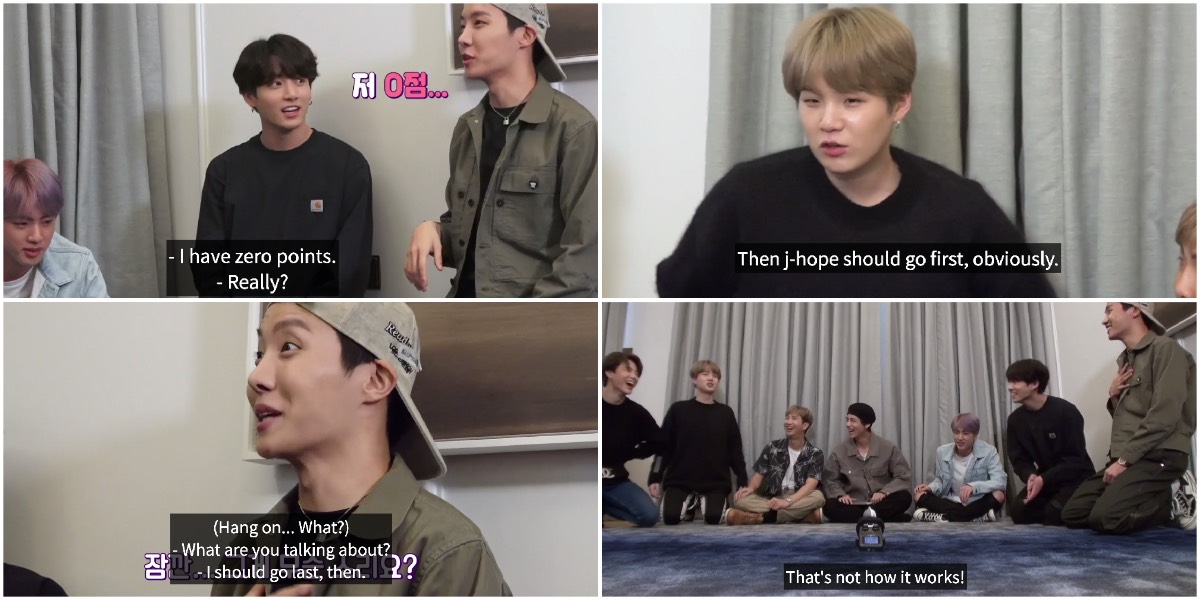 It’s from your part!

Later on in the Run BTS! episode, BTS started to play a game where they had to listen to their lyrics in another language and figure out what the Korean lyrics are to get points.

When they heard their lyrics in Vietnamese, they had a hard time figuring out what it could be. So, Taehyung gave them the extra hint that it was from the song “Jamais Vu.” Namjoon ended up being the only one who could figure out what the Korean lyrics were.

The funny thing was that Namjoon wasn’t even on that song, though he has credits on it. Meanwhile, Jin, Hobi, and Jungkook argued over whose line it was as it was their subunit song. 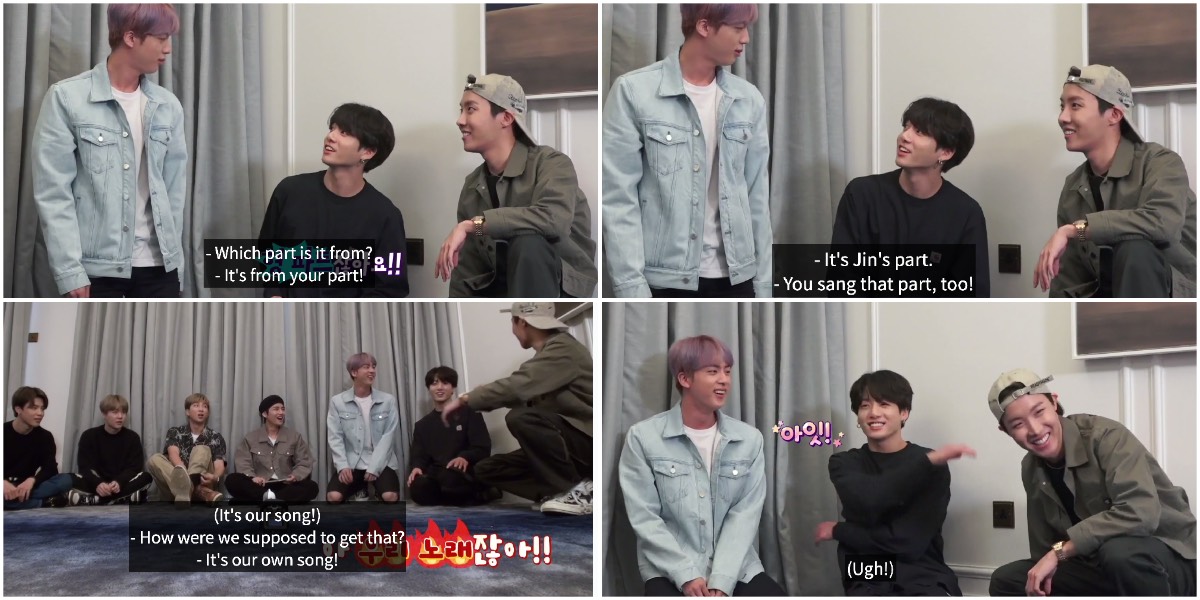 What was your favorite moment from ‘Run BTS!’ episode 91?