We use cookies to ensure that we give you the best experience on Hypable. If you continue to visit us, we will assume that you are happy with it.
9:30 am EST, January 18, 2021

Even though Riverdale season 5 is set to take a five year time jump, we still have a little bit of high school left to savor with our favorite characters before they’re all grown up! The season five premiere blesses us with one of the most revered high school experiences, the senior prom!

Prom is dramatic at the best of times. After years of build up, the stress of finding a date, the possibility of becoming prom royalty, and the feeling of finality that comes with the dance, the stakes always feel impossibly high. Of course, in Riverdale, it’s all of that with just a little bit of murder thrown in, for good measure!

You can be sure this episode will include the usual prom dresses, dances, and cheesy prom photos, but there is so much more packed into this episode. Here are a few teases for the Riverdale season 5 premiere, to get you prepared for the episode. If you’re a little rusty on Riverdale, check out our review of the season 4 finale first to brush up on where the show’s at.

Veronica sings a song that we’ve already heard on ‘Riverdale’ 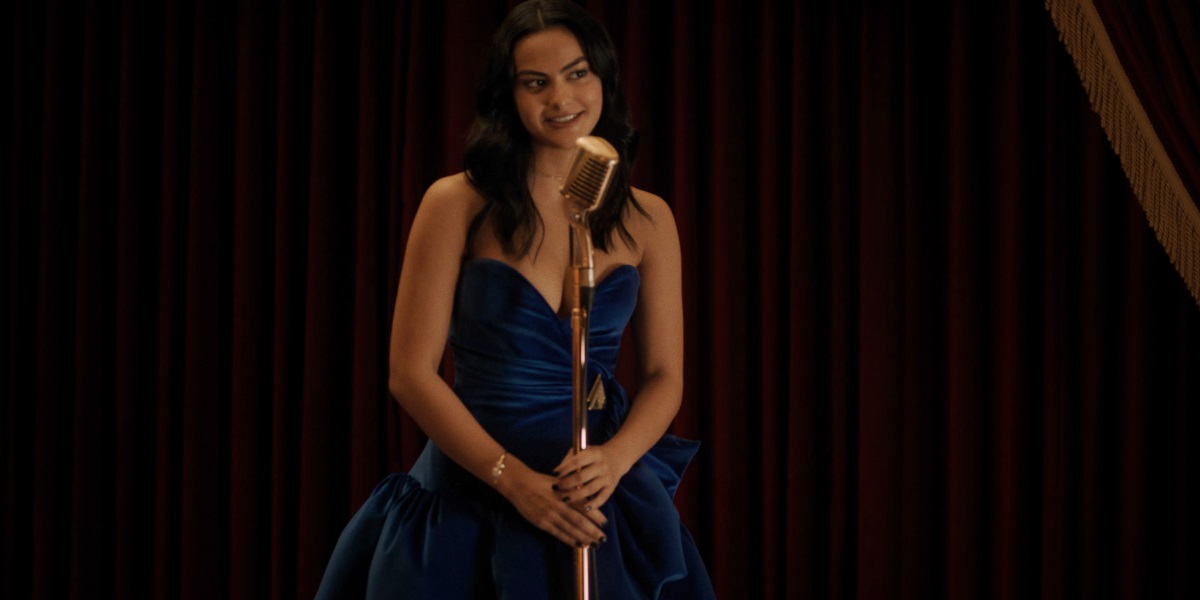 There’s only one musical number in the Riverdale season 5 premiere, and it’s sung by the incomparable Veronica Lodge at La Bonne Nuit. No surprise there, as she’s blessed us with so many stunning performances from her very own stage. What’s interesting, is that the song she sings is one that we’ve already heard on Riverdale, and it feels very different coming from her! 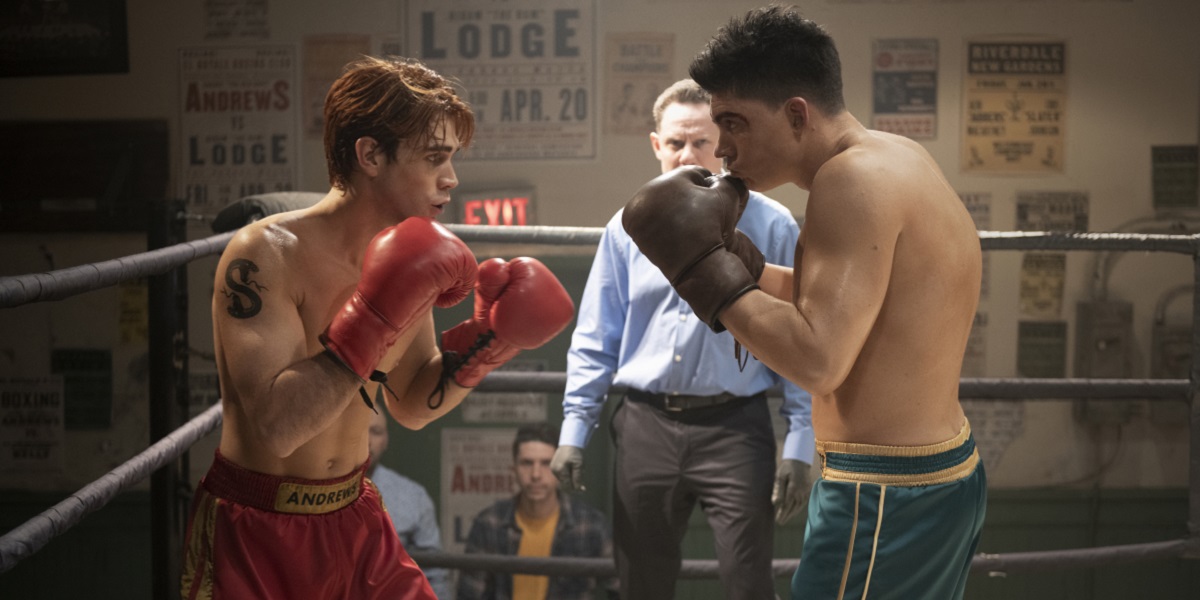 Archie’s future has been shrouded in uncertainty since…well basically since we met him. At first he was torn between football and music, then he wanted to use football to help him pursue music, and things have only gotten messier since then.

At the end of Riverdale season 4, Archie was resolved to pursue the Naval Academy that his mother recommended. However, in the season 5 premiere, Hiram Lodge makes Archie another offer for his future. The question isn’t what that offer is, but if anyone could really still trust Hiram after everything he’s done, no matter how compelling the offer? 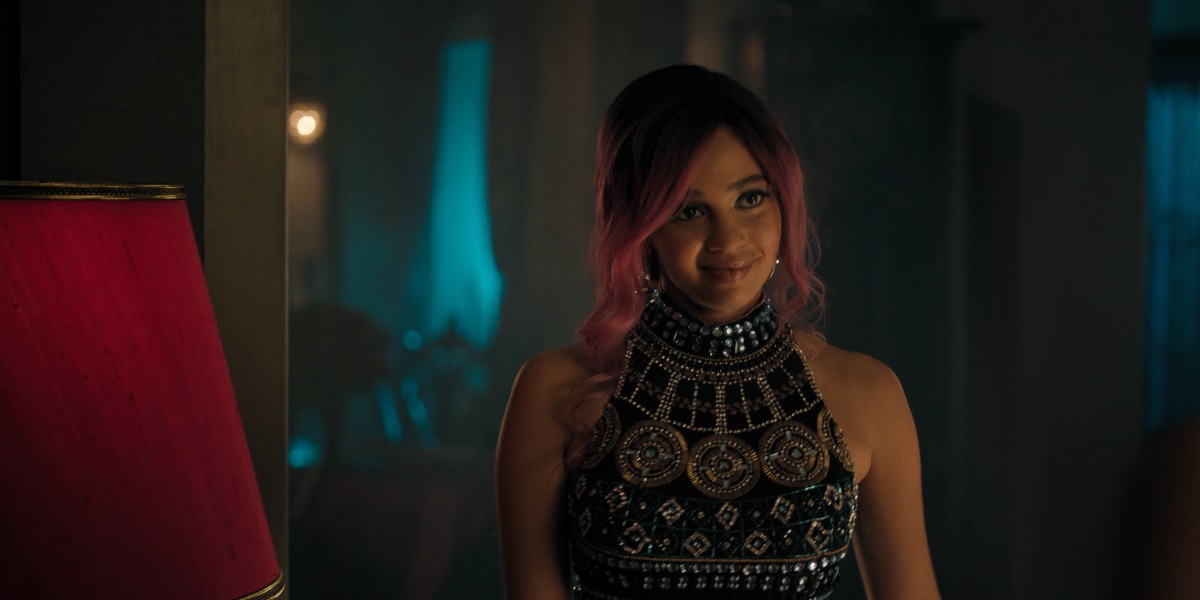 After Riverdale showrunner Roberto Aguirre-Sacasa vowed to do better by Vanessa Morgan’s Toni Topaz, it appears that they’re making good on that promise. At least in the Riverdale season 5 premiere.

We get to meet Toni’s grandmother in the episode, and it looks to be the beginning of an interesting storyline for her character! There’s also plenty of Choni in the episode, so our hopes are high for more Toni Topaz in season 5. 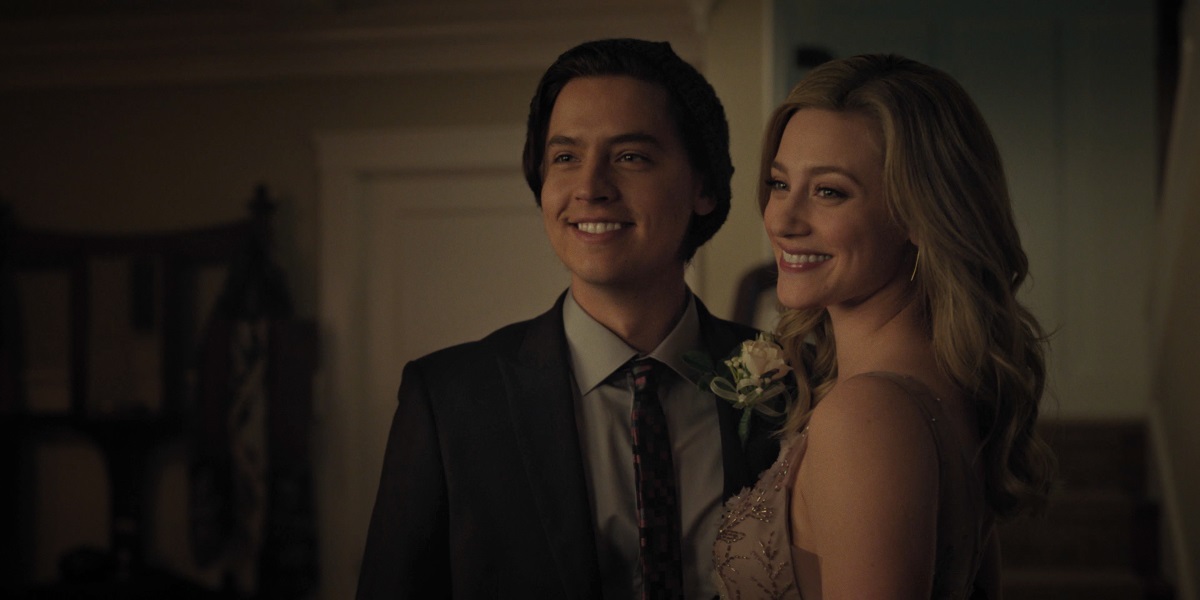 After four seasons of investigating, Bughead’s list of enemies is pretty extensive. The hunt for the “Auteur” is heating up now that they’ve threatened the group directly, and Betty and Jughead visit a recent enemy to try to gain insight into the sneaky cinematographer.

Weatherbee is back at Riverdale High 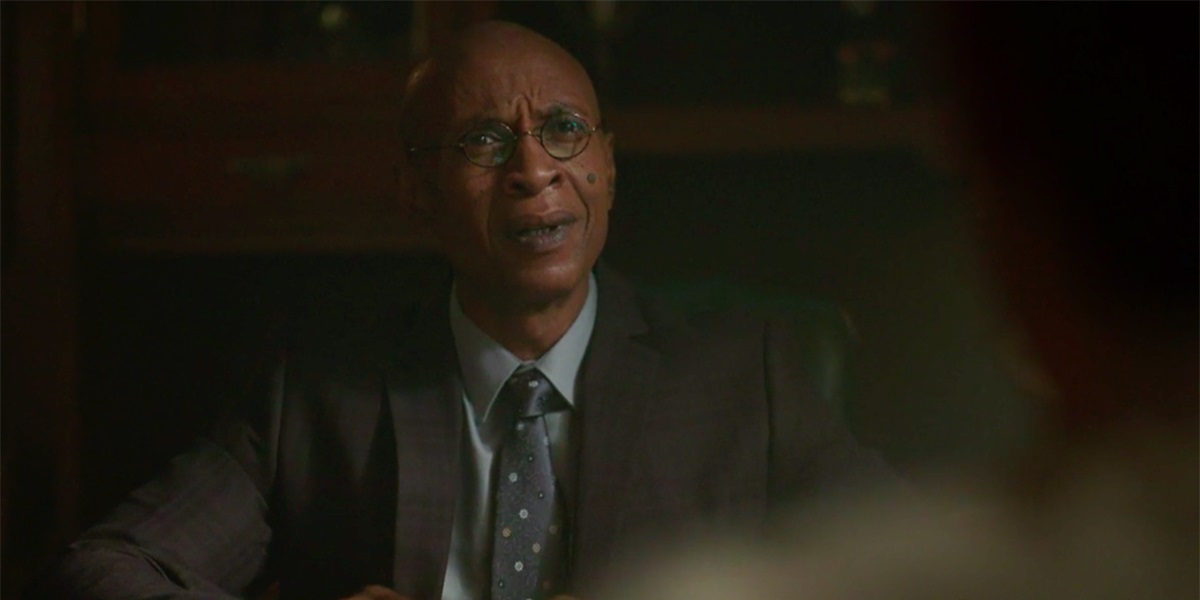 Honey is out, so RHS went back to the former cult member they knew, rather than risking hiring a whole new terrible principal for the school. After his stint at the farm, Weatherbee is back at his former post just in time for our favorite characters to graduate. We’ll see how he handles all of the inevitable drama that’s about to ensue.

‘Katy Keene’s’ KO Kelley makes an appearance, and he and Archie discuss their girlfriends 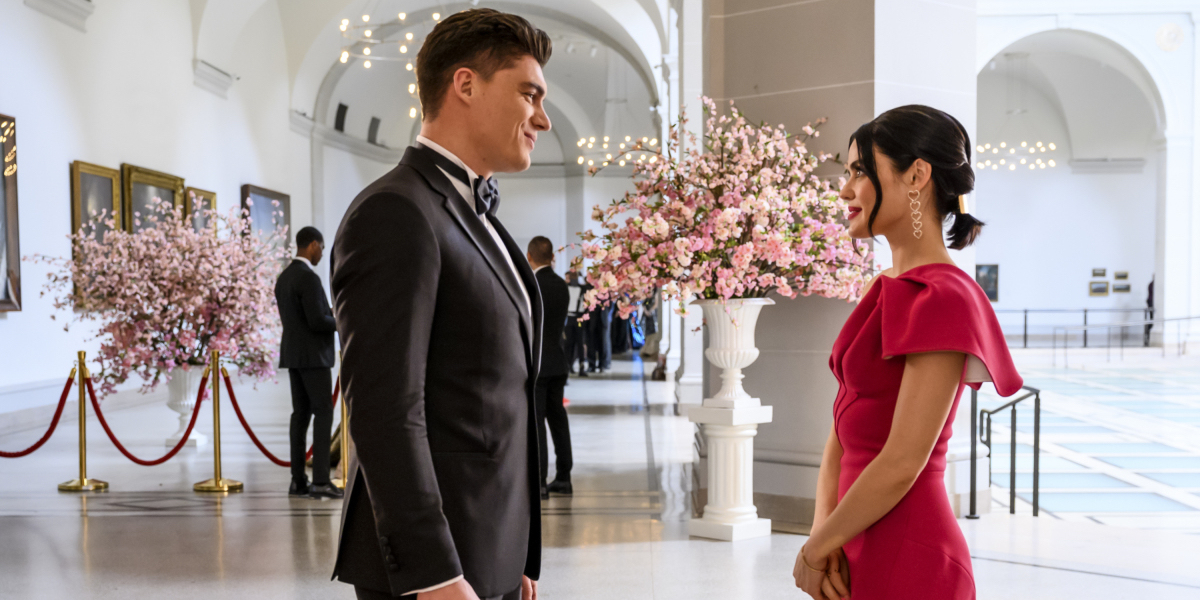 Katy Keene was sadly cancelled after only one season on the CW, but at least one of its characters has lived to see another episode. KO Kelley visits Riverdale in the season 5 premiere, and on top of catching up with his old pal Veronica, he has an interesting heart-to-heart with Archie about the women in their lives. It’s a great guest appearance and we wouldn’t mind seeing him around the show more often. 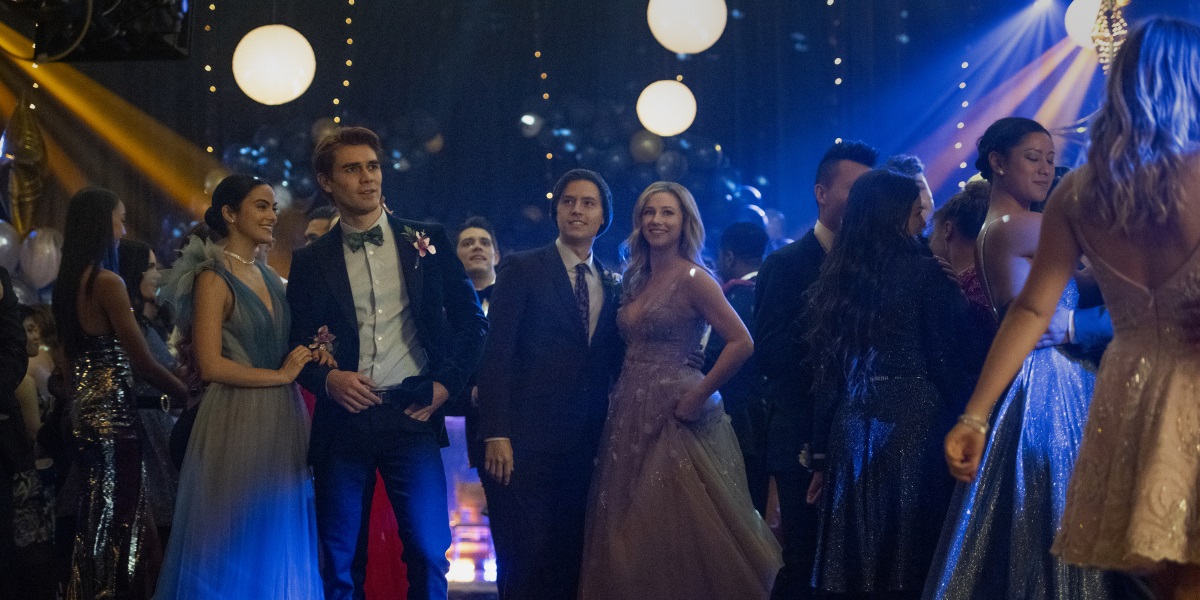 Alas, it’s time for at least one of Riverdale’s iconic couples to have their last dance. It seems like TV prom nights are never complete without a break up, and Riverdale has followed in those well worn footsteps. The end of high school is a time when everyone is thinking about their future and what’s coming next, and sometimes it’s just easier if that doesn’t include the person standing next to you.

But don’t fret, shippers, sometimes couples who fall apart in high school are destined to find each other again when the timing is right, and the relationship can be better than ever. Since the show is jumping ahead five years in only a few episodes, the timing could be a lot better very soon.

The Auteur’s videos claim another victim 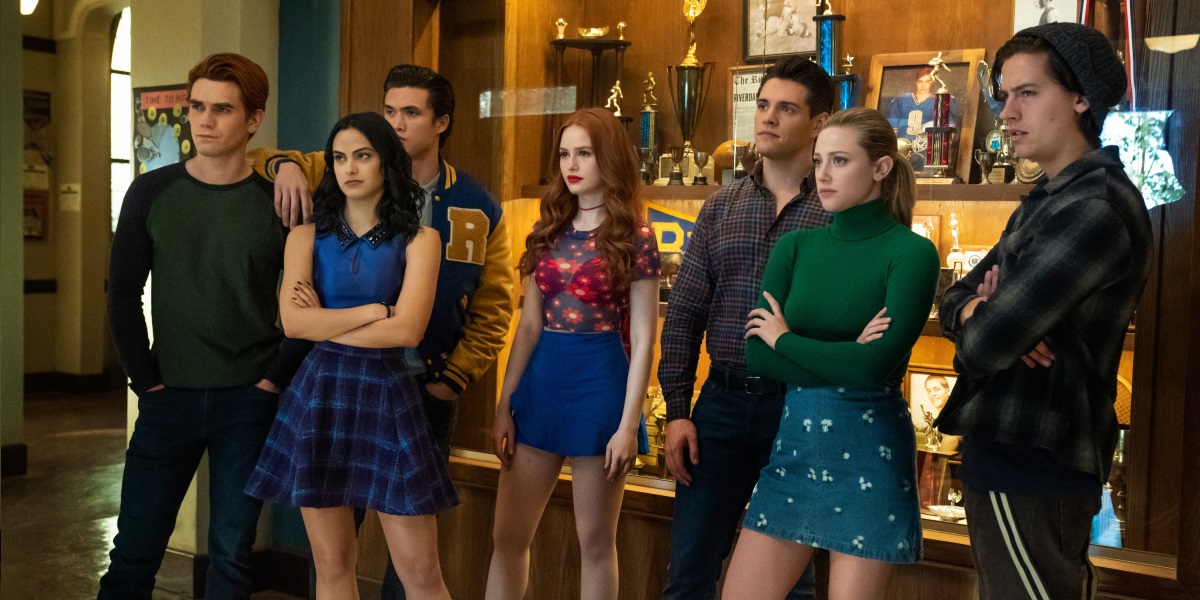 Season 4 ended just as the mystery of the Auteur was really starting to heat up, and the season 5 premiere hits the ground running with this storyline. The last we saw from the cinephile was the video of the kids killing Mr. Honey, and the villain continues on that trajectory in the season 5 premiere, showing them taking another victim on screen.

Betty and Jughead also go to extreme lengths to make strides in the case in this episode, and they’re getting closer than ever to cracking it. We can only hope this new video is the last before the Auteur is caught and we figure out what the hell they’re up to.

We hope these teases have gotten you even more excited for the Riverdale season 5 premiere, airing on Wednesday, January 20 on the CW.

by Sonya Field
by Andrew Sims