We use cookies to ensure that we give you the best experience on Hypable. If you continue to visit us, we will assume that you are happy with it.
12:30 pm EDT, June 11, 2018

The Raven Cycle is filled with compelling and spirited characters, but two years after the final book’s release, it’s Richard Campbell Gansey III who has resonated with me.

Within the first few chapters of The Raven Boys by Maggie Stiefvater, it’s revealed that Richard Gansey will die within a year. As someone who isn’t a fan of major character death, I hesitated with continuing on reading it.

I’d heard such amazing things about the series, which hadn’t been finished at the time, so I kept going and didn’t regret it. Due to the nature of the series and its complexities, there are minor spoilers within this article. 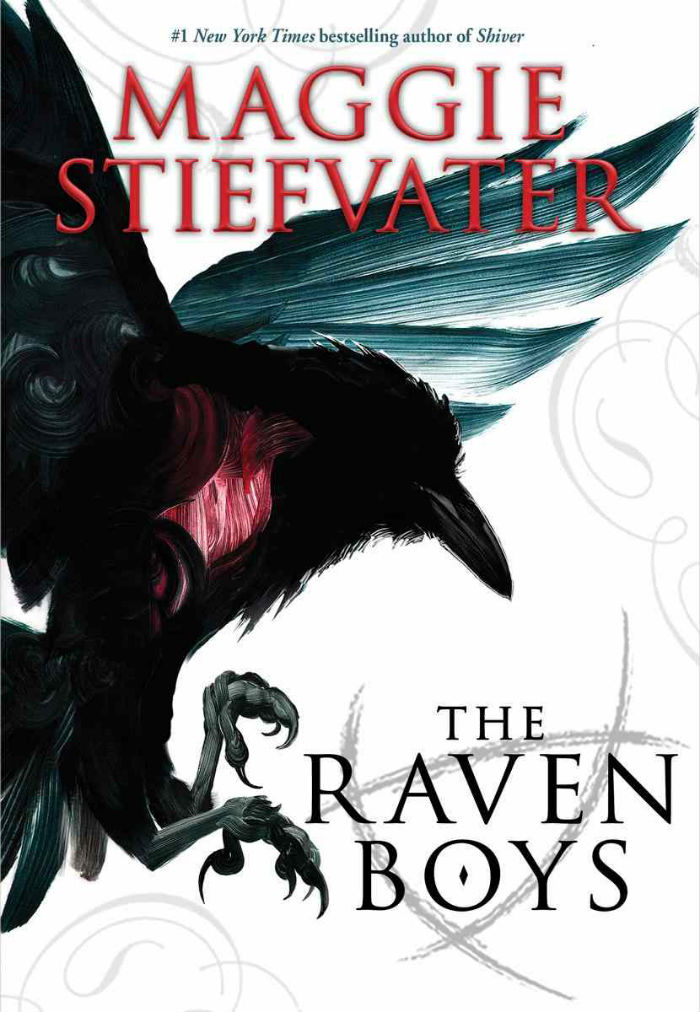 Telling myself that Gansey wasn’t allowed to be my favorite, because he’s going to die, seemed like the easiest route to go. Ronan Lynch, Gansey’s best friend and confidante, caught my eye in the beginning with his sarcasm, nonchalance, and bad boy vibe amidst the preppy Aglionby Academy students that Gansey fit into so well.

My heart, though, had other plans that involved boys with death hovering nearby.

Much like Blue Sargent at the start of The Raven Boys, I rolled my eyes at Gansey, who was described by Blue as “Presidential.” My hesitance was futile, since Gansey slipped right into my favorite character slot not only in this series, but my top five favorites as well.

A leader and a realist, Gansey is a handsome, wealthy, intelligent 17 year old who at first glance is like any other up and coming All-American teenager with his entire life ahead of him. But there is more to Richard Campbell Gansey III than meets the eye. He is more than his colorful, collared shirts paired with khakis and boat shoes.

Gansey is obsessed with finding a long dead Welsh king who is thought to be buried somewhere in Virginia. In fact, that is the only reason Gansey is in the small town of Henrietta.

His research, a giant leather bound journal that’s packed full to bursting with information regarding Glendower’s supposed wearabouts, has brought him to the quiet town.

His obsession acts as the catalyst of the series, and everything else could be considered a domino effect of the search for Glendower. Without Glendower, Gansey wouldn’t be in Henrietta and wouldn’t have met any of the ‘gangsey’ as they are called in fandom.

Upon his arrival, Gansey met Ronan Lynch, Adam Parrish, and Noah. The three of them joined Gansey on his quest, becoming inseparable and adding to their group once they meet Blue Sargent. Gansey, Ronan, and Noah all live in an old abandoned warehouse turned apartment that Gansey himself bought.

Inside Monmouth Manufacturing, we see into the workings of Ganey’s mind. It’s a mess, his bed remains unmade in the middle of the loft, with a miniature Henrietta built out of everyday household items. A lone mint plant sits by the window, his desk surrounded by stacks of books laid down haphazardly. Outwardly, Gansey is proper and charismatic, but his mind is so much more dynamic and multifaceted. Both Adam and Blue describe it as there being two Ganseys. On the outside Gansey is charming, friendly, polite, and intelligent.

On the inside, though, Gansey is full of sadness and anxiety, has insomnia and PTSD. It is easy to forget while reading about Gansey the picturesque teenage boy whose smile could light up a room that this other side of him exists at all.

In reality, Gansey believes that he is privileged, so he needs to make a difference in the world and he has no excuse to be sad. Of course, that isn’t how mental health works. The stark difference between the two sides of Gansey is a reminder that you can’t judge a book by its cover.

Gansey has PTSD from dying when he was 10. Cue me waving my hand around as I don’t explain how or why in case you haven’t read the series. The point is that Gansey suffers from living his second life when he shouldn’t have one in the first place.

As a friend, Gansey is caring and loving. His friends mean everything to him and he’d do anything for them, would go to any lengths for those he cares about. He took care of Ronan after his father’s death, and after finding Ronan, covered in blood from an apparent attempt on his life, in time to take him to a hospital.

Ronan and Gansey are inseparable, so much so that Ronan told Gansey he didn’t know how he would cope without Gansey while he was away on a trip to Washington D.C. While Gansey is away he tells Ronan to dream him the world.

Not only does Gansey care for Ronan, but he fixes his mistakes for him as well. The same goes for Adam, though their relationship is a little rockier due to Gansey’s tendency for putting his foot in his mouth in regards to the slippery slope that is money and Adam’s lack of it.

Multiple times throughout the series, Gansey tries to use his money to pay for things for his friends, because he has it and cares about them, only for it to come off as pity or charity in the eyes of Blue and Adam. Though Gansey’s heart is in the right place, he isn’t perfect.

This brings the story back to Blue and her determination not to care about Gansey because she knows that he’s going to die within a year. Like Blue, it was futile for me to believe I wouldn’t care about Gansey.

All of the characters are easy to love. It is easy to put yourself in their shoes and understand them, but Gansey is who I gravitate toward. The tension between Gansey and Blue throughout the series, especially in the first and second books, stands out to me in that it’s both forbidden and innocent.

Not only does Blue know that Gansey is going to die and she doesn’t tell him, but Blue has been told since she was young that she would kill the boy she loves with a kiss. On top of that, Blue dates Adam first.

No, really. Blue gives Gansey the bottom of her yogurt and as he puts the spoon in his mouth he thinks of that fact that it was just in Blue’s. A kiss by proxy.

I was lucky enough to read the books while at the beach. I’m mentioning this because multiple times throughout the day I had to pause and stare out at the ocean because what I read resonated with me so deeply. To me, Gansey the character encompasses this feeling, this pause when one has to stare off into nothing and just bask in your emotions.

As a fan of all things LGBT+ in YA, even I find myself surprised that I don’t think of the LGBT relationship in The Raven Cycle first, but that of Blue and Gansey. Their relationship, though downplayed by the end of the series, resonates with me years later. A yearning for more of them, of the small moments written within the pages of the series. To me, they were perfect. Though The Raven Cycle itself is finished, that doesn’t mean it’s quite the end for some of the characters. Maggie Stiefvater is working on a new series about Ronan Lynch called The Dreamer Trilogy, which she posted a teaser for last month. It is assumed that the others, namely Adam, would play a major part of this new series but not much is known as of yet.

A TV adaptation of The Raven Cycle is in the works at Syfy with Catherine Hardwicke as executive producer and director of the pilot. As of yet, no casting has been announced, but I’m waiting patiently to see who will play the parts of these characters that are so loved.