We use cookies to ensure that we give you the best experience on Hypable. If you continue to visit us, we will assume that you are happy with it.
1:00 pm EDT, July 22, 2019

With the release of The Lion King and the live-action remake of Mulan right around the corner next year, we rank the best (and worst) of the Disney remakes so far.

Even though it certainly wasn’t the first, the trend of Disney remaking their own animated classics really began with the success of 2016’s The Jungle Book, directed by Jon Favreau. Since then, we’ve been handed live-action remakes of their most beloved classics.

From the sad and unfortunate staleness of Emma Watson in Beauty & the Beast to the surprising beauty and whimsy of Pete’s Dragon, we rank the live-action remakes released so far. This, however, doesn’t include the likes of Maleficent and Christopher Robin — we’re talking strictly remakes. 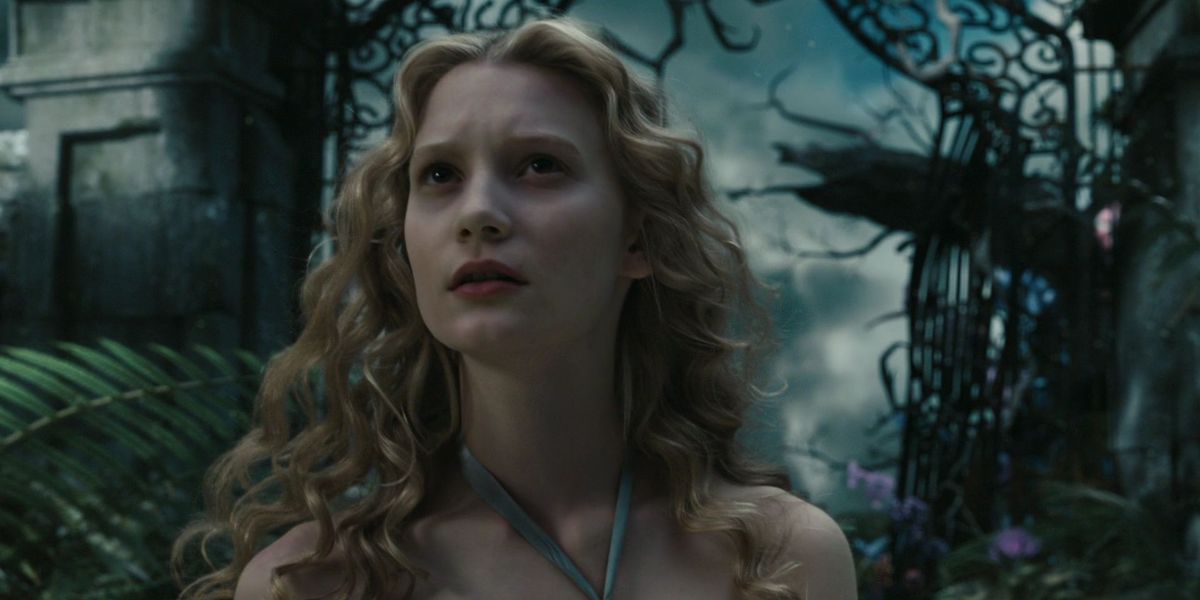 Ugly. Abysmal. Dreary. Miserable. Should I go on? Among the first Disney live-action remakes is also the downright worst. It came out in 2010 at the height of 3-D over-saturation, and it was seeing this movie in 3-D that made me never want to see another one again.

Mia Wasikowska does what she can as Alice, it’s fun to watch Helena Bonham Carter as the Red Queen face off against Anne Hathaway’s White Queen, but Johnny Depp as the Mad Hatter is recycling material at this point, and it becomes very tired very quick.

The fact that this thing sits with two Oscars for its visuals is, well, not surprising, I guess, considering they’re the Oscars. 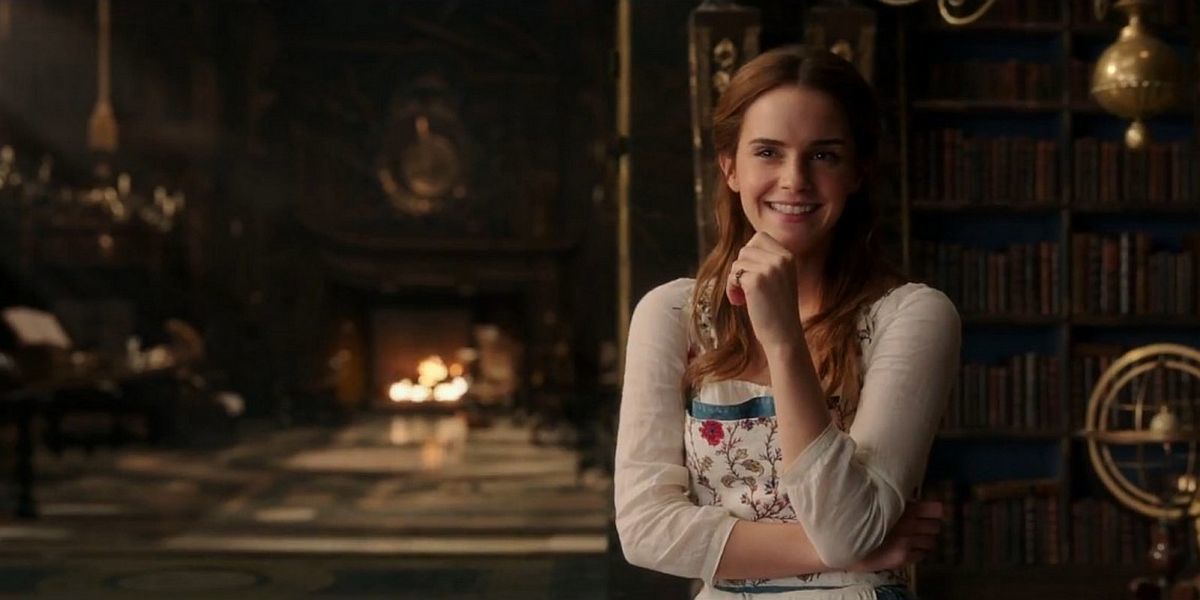 Perhaps the biggest disappointment was this remake of such a beloved classic starring the seemingly infallible Emma Watson. Unfortunately here, her Belle is woefully one-note and flat. Dan Stevens can’t do anything behind cheap-looking CGI Beast face, and the entire movie has no excuse for how ugly it is considering how expensive it is.

This was also the first of the remakes that followed the beat-for-beat formula of the original, and in this instance, paying homage and running on fuels of nostalgia simply doesn’t work here.

The furniture character design is shockingly unappealing, although “Be Our Guest” does still manage to illicit chills of excitement. But beyond that, this remake is a sad misstep. 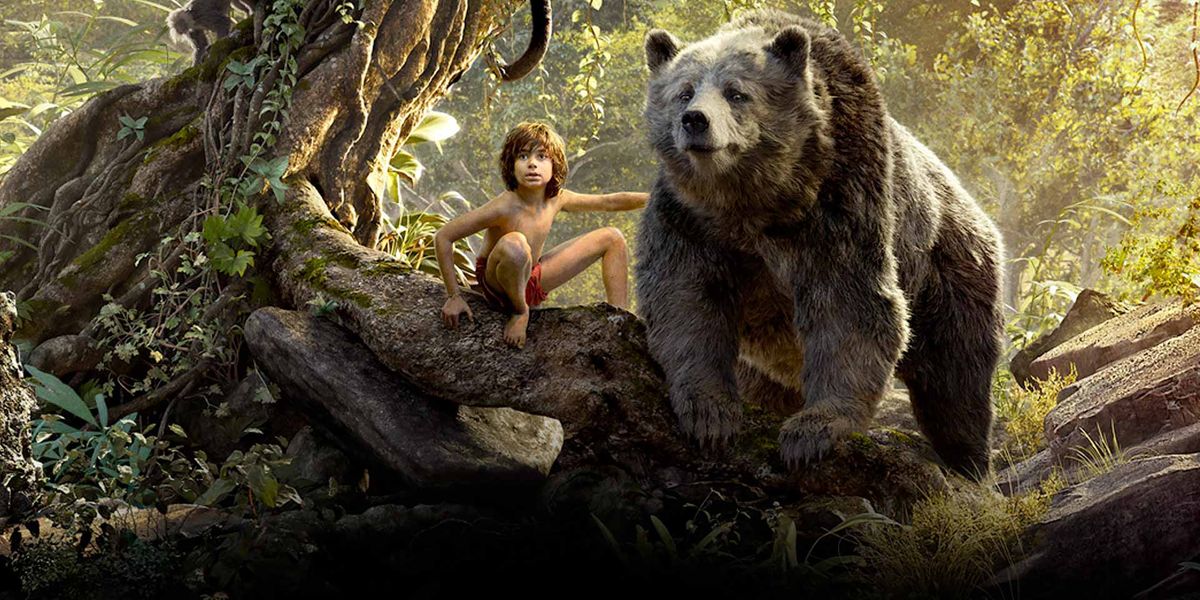 From director Jon Favreau who now helms the new Lion King remake, his rendition of the lush jungle populated by Mowgli, Baloo and many more is decidedly gorgeous. The voice cast across the board is also stacked from Bill Murray and Christopher Walken to Lupita Nyong’o and Idris Elba.

While visually striking and boasting lots of talent, where this one doesn’t quite land is creating any level of emotion or investment. Beautiful as the world is, it still feels flat and vacant of real stakes or human interest (the performance from the young actor playing Mowgli certainly doesn’t help).

And I’m still haunted by a life-like orangutan with the voice of Christopher Walken belting a jazz tune. 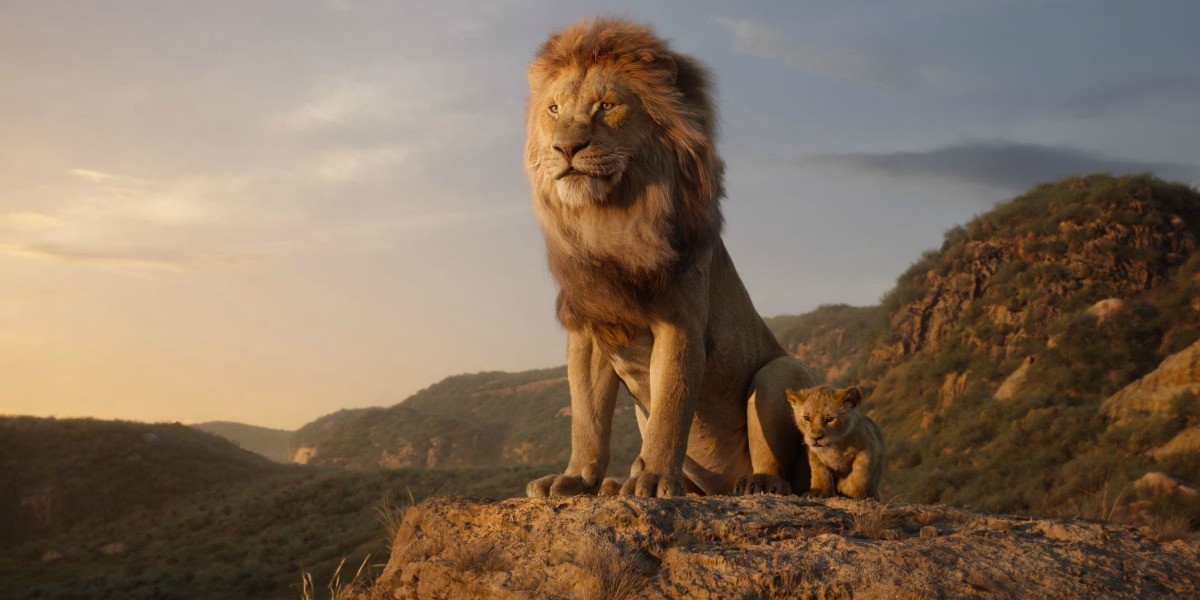 Another one from director Jon Favreau, this pale imitation of the beloved 1994 animated classic is perhaps the most indicative of Disney’s new goal of taking properties audiences know and love, and then sucking the life right out of them.

The problem here is that with the animals being so photo-realistic, there’s no way for them to properly convey the necessary emotion. It feels more like a National Geographic special than it does a movie musical. Luckily, the voice acting carries the weight of emotion with the surprise stand-out here being Billy Eichner as Timon.

However, The Lion King is still The Lion King, and the songs and music remain powerful — but that’s of course because the source material is so strong. Any effort at additional material here falls completely flat (the movie is an unnecessary 30 minutes longer), save for Beyonce’s song “Spirit,” which absolutely soars and should hopefully earn her an Oscar nomination or even win. 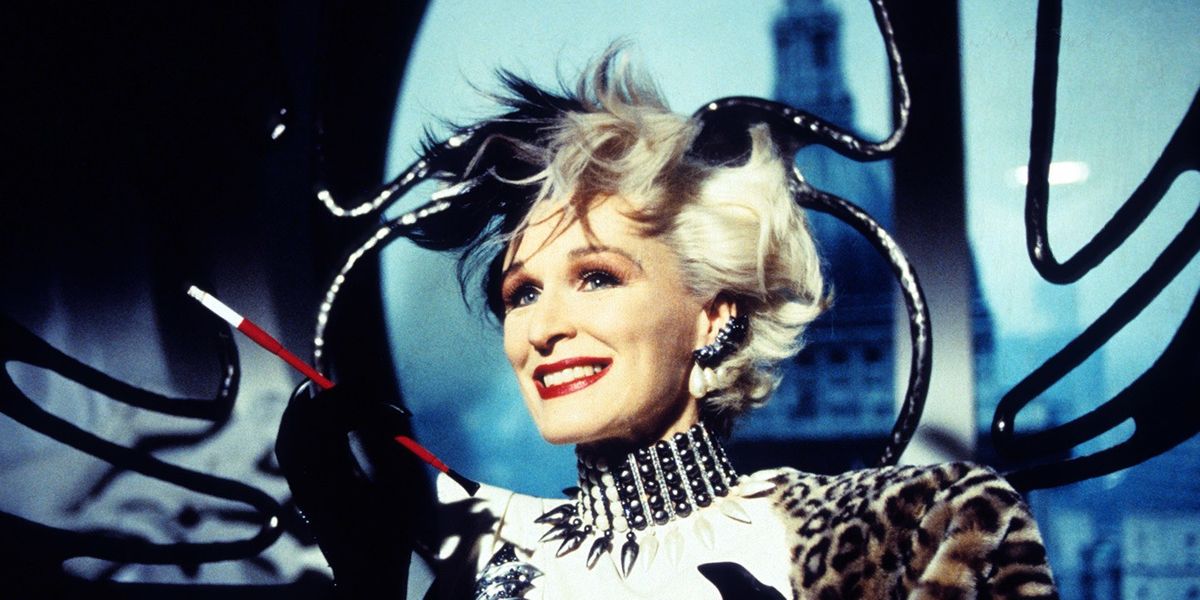 Honestly? One of Glenn Close’s most iconic performances. Of course the seven-time Academy Award-nominated brilliant veteran actress has a range of way better roles, but it’s her Meryl Streep in Devil Wears Prada comparison. Campier, yes, but she still sells the sheer sadness and desperation exuding from Cruella.

Notably, Disney is working on a Cruella spinoff starring Emma Stone that is slated to hit theaters in 2021. I can’t wait to see if it lives up to the original live-action movie starring Close. 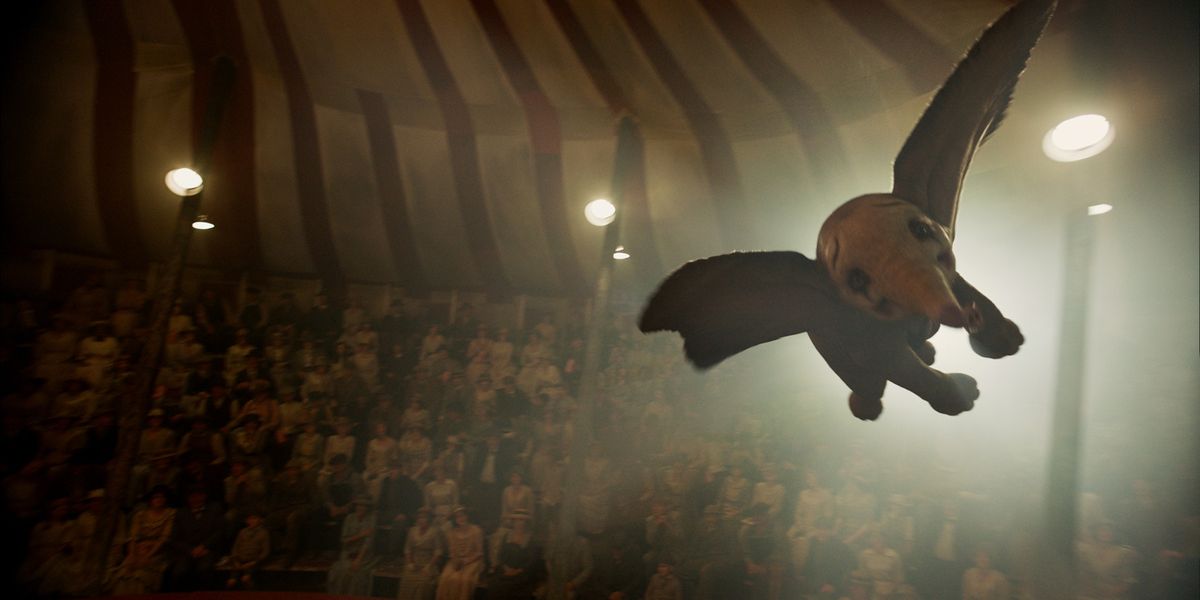 The second Disney live-action remake from Tim Burton is thankfully far superior than his last effort. Perhaps the content was more of a fit in terms of style-meets-substance, but something here truly clicks — even though it ranks among the least-positively reviewed of the remakes.

One would also think expanding on the 1941 animated classic that’s only 64 minutes into a full 112 minutes would be a bit of a stretch, but this thing — pun intended — really flies and feels like a tight 85 minutes. The adorable baby elephant with the big ears comes onto the scene almost immediately with Danny DeVito’s ringmaster Max Medici swirling around in a panic about his circus, and from there, it’s already completely confident in its style and tone.

Michael Keaton arrives on the scene as a kooky baddie, leaning into some bold choices that he’s totally able to sell, and Burton’s new muse Eva Green is a warm and welcomed presence, as well. Best of all, it truly floored me just how deeply moving this thing is. Burton lets his camera linger on Dumbo’s big blue eyes to great effect. 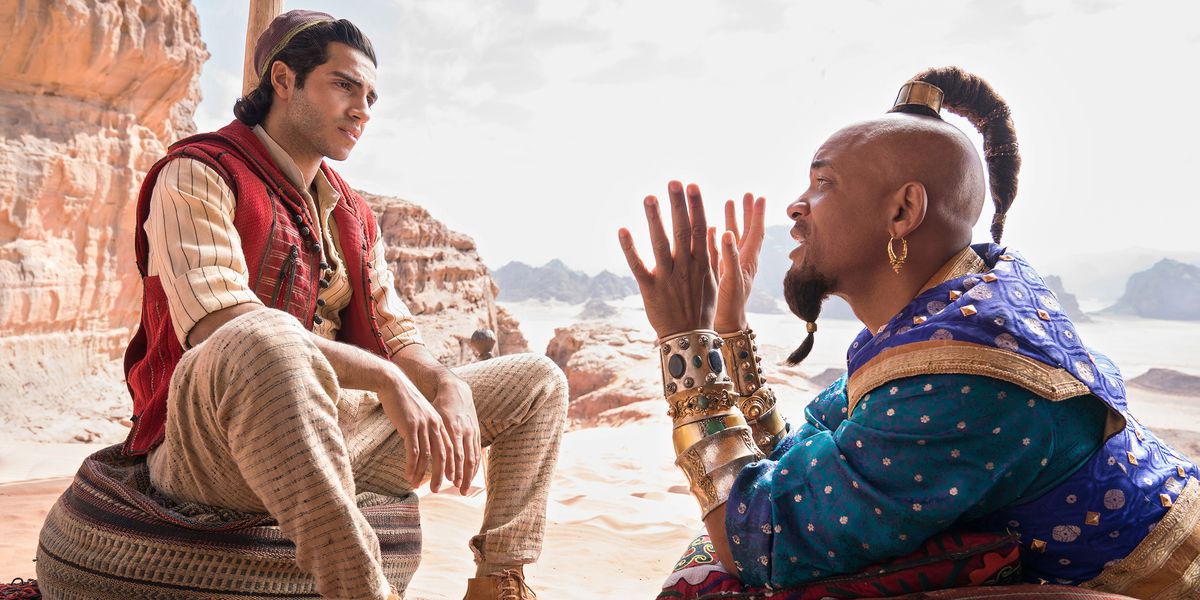 OK, this one surprised me. Every promo image and video of Will Smith’s Genie was a true terror, but it really goes to show you the power of Internet culture because once you get his scenes in context of the movie, his performance is surprisingly lively, charming and funny. Of course it’s no Robin Williams, but it’s far from the absolute disaster the Internet chatter would have you believe.

This update is also notable diverse and culturally sensitive, righting that wrong of the animated original with Naomi Scott as Jasmine and Mena Massoud as Aladdin turning in winning chemistry and lovely vocals. SNL‘s Nasim Pedrad is a lowkey MVP, and Marwan Kenzari’s Jafar, while still simply too hot, proves a formidable villain.

The musical numbers pop and add fun pizzazz to the originals, and perhaps best of all, is the feminist twist put on the entire story centering around Jasmine. She’s given a new musical number in the third act that resonates with a new level of empowerment that didn’t exist in the classic. 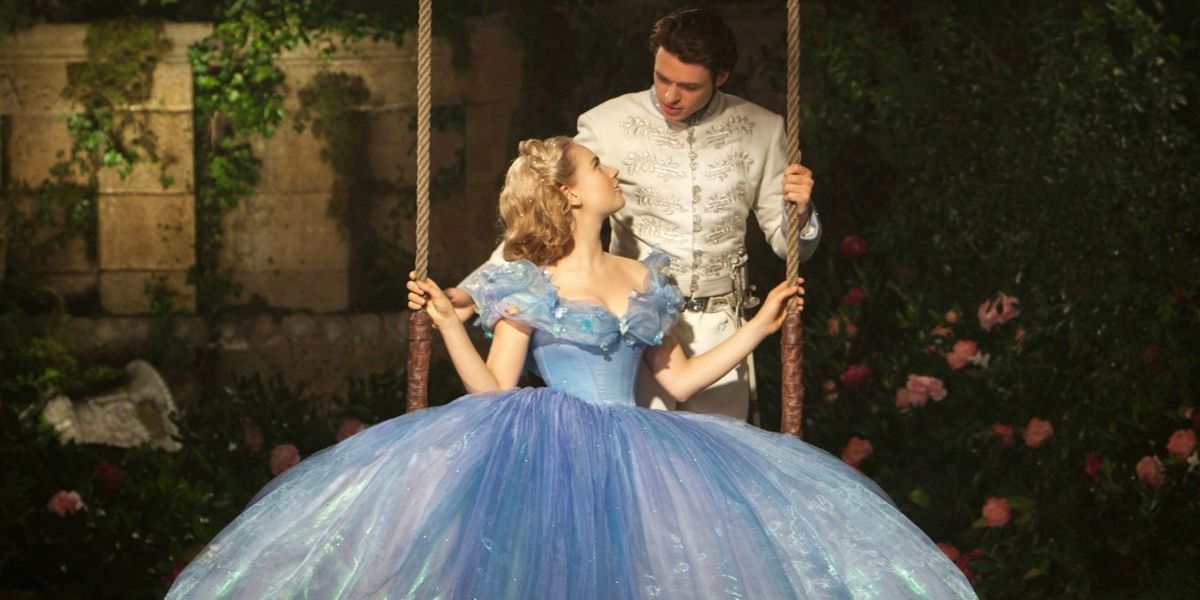 Before Lily James had Baby Driver, Darkest Hour and, of course, Mamma Mia! Here We Go Again, she had the titular role of Cinderella and totally fits into the role like the princess fits perfectly into that glass slipper. And opposite her is Cate Blanchett as the evil Stepmother who also wears the role like a glove.

Handsomely directed by Kenneth Branagh, the movie has a classical feel to it that serves the fairy tale well and adds to the feeling of magic on screen.

With an emphasis on the kindness and courage of its heroine, the no-frills retelling plays out like a simple storybook that is surprisingly effective in its elegance and grace. 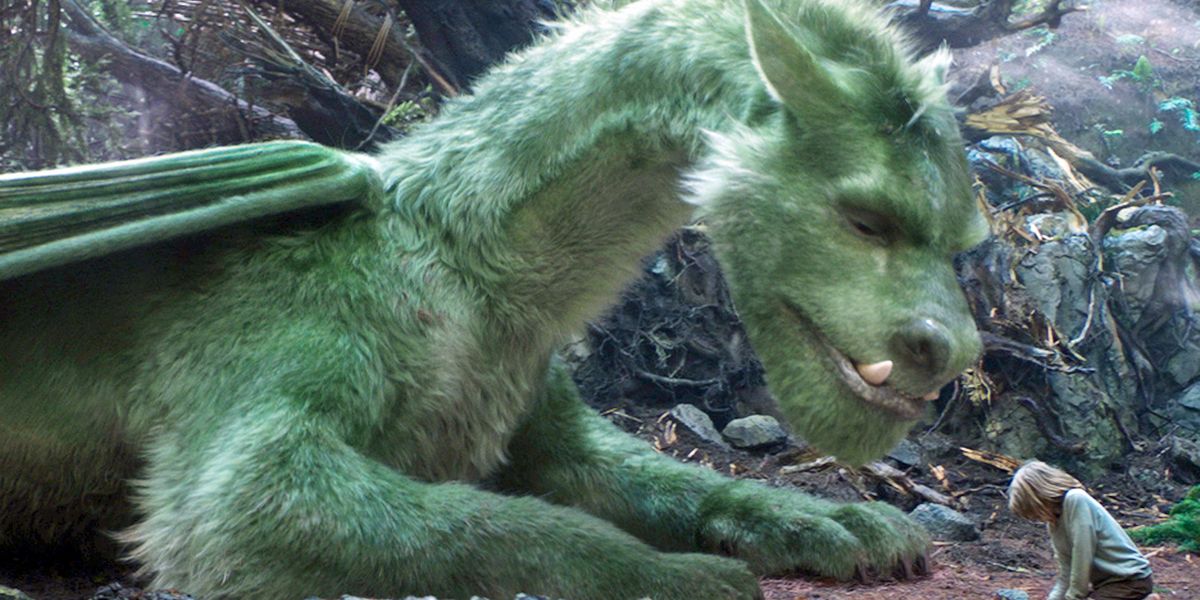 David Lowery (A Ghost Story, The Old Man & the Gun) might be the last person you’d expect to direct a Disney live-action remake, but here we are, and he’s made the best one yet, no competition. Bathed in forest green tones and giving an air of classic sentiment and folk tale, Lowery’s update of the lesser-known 1977 animated movie is lovingly crafted and full of sincerity.

The cinematography and direction is breathtaking with some single shots alone that are awe-inspiring, and the connection between Pete and his big green dragon Elliot is immediately palpable from the movie’s first opening scene. The pre-title dreamlike sequence goes from wonder to heartbreak to frolicking fun in blinks of the eye, and that’s how the whole movie plays out, as well.

This article was updated July 2019 to include The Lion King, and will continue to be updated as more live-action remakes roll out.