Another Quentin Tarantino release means another opportunity to definitively rank all his movies! Yell at us in the comments below.

With the release of the director’s ninth movie, Once Upon a Time in Hollywood, starring Leonardo DiCaprio and Brad Pitt, we rank it among his most lauded works.

Many have wondered why Tarantino would utilize 70mm film, meant for vast landscapes, for a movie that spends most of its time inside a dingy, crowded cabin. The theatrical release also boasted a roadshow style presentation and included a musical intermission to highlight the incredible and (finally) Oscar-winning score from legendary composer Ennio Morricone.

Perhaps Tarantino’s most self-indulgent piece of work to date, it lands at the bottom of the list while still managing to be a great movie. Kurt Russell fires on all cylinders, while Jennifer Jason Leigh delivers a performance that is vicious and ferocious.

And now the movie is available in an extended, episodic version on Netflix if a nearly three-hour film wasn’t enough. 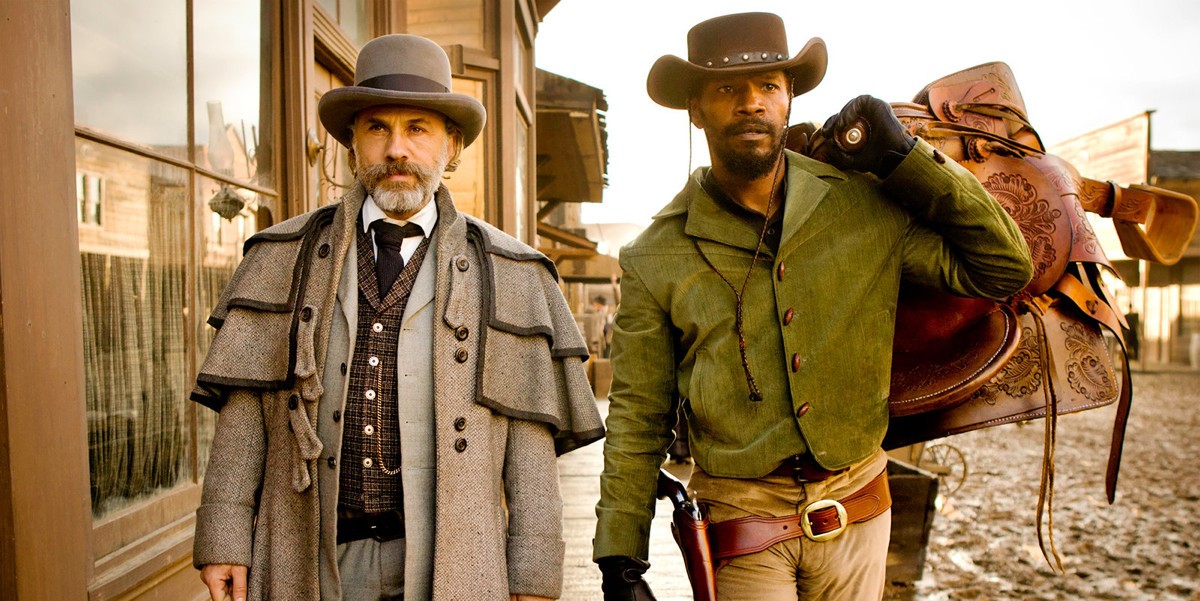 Similar to Kill Bill in its themes of revenge fantasy, this aggressive piece of work makes a caricature of the deep South while also damning its people and practices. In Jamie Foxx, Django is a man who gets the final say in fulfilling his own destiny.

The explosive, violent finale is bloody good catharsis and as good as any action set piece Tarantino has ever delivered. While it was probably a stretch for Christoph Waltz to win back-to-back for this performance after Inglourious, what he does here is worth admiration. Having said all that, this movie, however, does have a tendency to indulge some of the director’s worst habits. 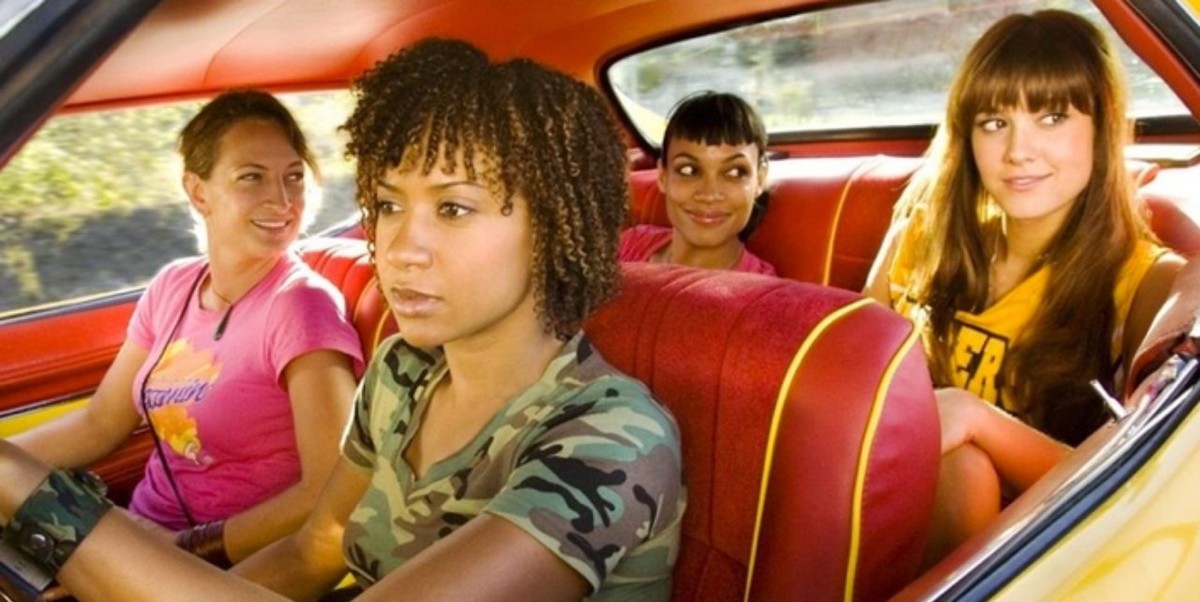 Originally part of Tarantino and Robert Rodriguez’s double bill feature Grindhouse, an extended version of the movie was later released on its own. A parable of girl power and smashing in Kurt Russell’s face with a dropkick of a final shot, this high octane thrill ride is pulpy fun.

Not since Reservoir Dogs have we had a film that felt like a pure Tarantino hangout movie where unassuming protagonists sit at a dining table shootin’ the shit. The ladies are a trio played by Rosario Dawson, Zoe Bell (Uma Thurman’s stuntwoman from Kill Bill playing herself) and Tracie Thoms.

As for the story, this is the second trio, 14 months later after a first friend group of women was terrorized by Stuntman Mike (Kurt Russell) and his “death proof” killer car. These ladies, however, don’t give in as easily to his murderous stalking, which leads to an ending boasting a hugely satisfying “hell yeah” moment of catharsis.

This also contains perhaps one of the most memorable Tarantino kills, on a smaller scale, and that is the first Death Proof kill which sends a severed leg flying. After seeing it, you’ll think twice about dangling that carefree leg out a convertible.

6. ‘Once Upon a Time in Hollywood’ 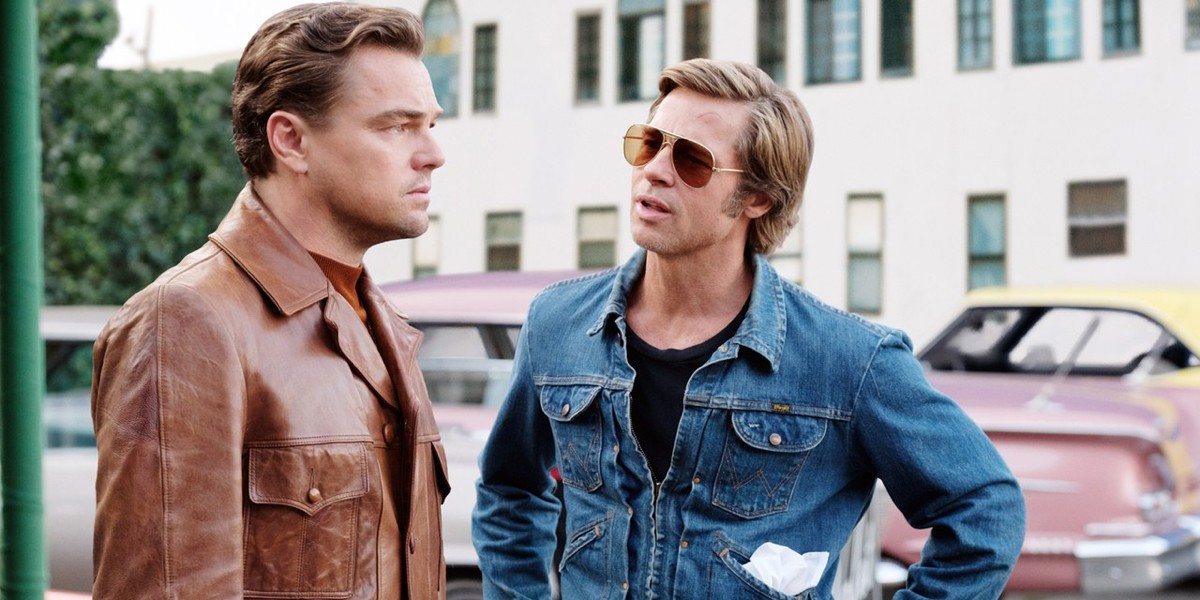 I think the last thing I was expecting from Tarantino’s latest movie was how moving it would be. The ending — where he once again alters history as he did in Inglourious Basterds, in which Sharon Tate is given a new fate — is powerful in its poignancy and reverence for a Hollywood now gone.

Tarantino has said every film of his is intensely personal, but here, this really feels like the filmmaker baring his soul. If you take a look at the love and care put into his Los Angeles repertory theater, the New Beverly, you can feel that same love for old Hollywood in every single frame of this nearly three-hour saga.

Leonardo DiCaprio and Brad Pitt are sensational, as two movie industry buddies once at the peak of Hollywood who are now fading with the times. We simply follow them through a standard couple days of their lives in a hangout, plot-less fashion, while on the periphery there is the real narrative thrust, that of Sharon Tate, played with luminous radiance by Margot Robbie.

And it all comes to a riotous climax, something so shocking and rewarding, it can only come from Tarantino. It’s too early to tell, but I do think, while a bit of a hot button topic right now, this movie will go down as one of his best. 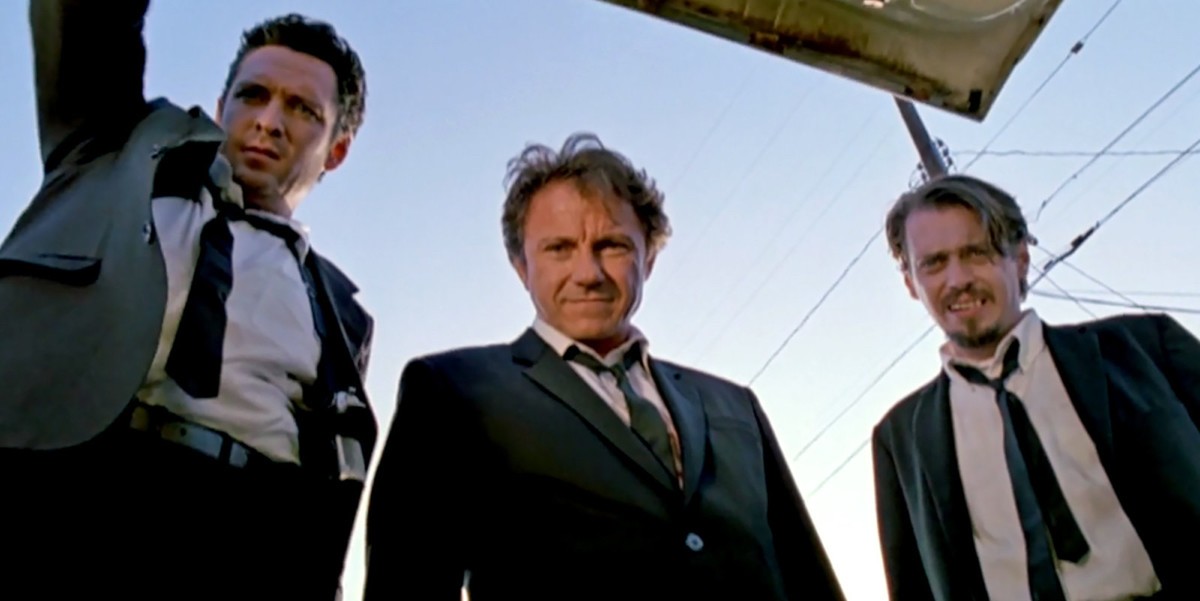 Tarantino’s debut feature was an announcement of a new distinctive voice in filmmaking, a bloody, brutal and darkly comic announcement. His talent was undeniable whether you liked what you were watching or not. It’s aggressive, violent, unrelenting, uncompromising but also unexpectedly moving and undeniably funny.

The now iconic ear cutting torture scene where Michael Madsen sings “Stuck In the Middle with You” into his victim’s severed ear still hits hard in the moment, no matter how many times you’ve seen it. The story of a heist gone completely wrong with a ragtag group of con men is interlinked through colliding backstories, which feels like a beta test for what would be his next picture.

Yeah, yeah, this is too low on the list, considering this is objectively Tarantino’s best-known work. However, I would argue that it is still a perfect movie and a masterpiece, but so are a lot of his films. This just happens to be the one that put him on the map. Winner of the Palme d’Or at the 47th Cannes Film Festival, it remains the filmmaker’s most lauded work.

A career resurgence for John Travolta delivering his best performance opposite a fast-talking, scene-stealing Samuel L. Jackson, they are the center of a kaleidoscopic tale of crime and punishment through a series of vignettes and intertwining characters and storylines, all set to a groovy soundtrack. The extended Uma Thurman dinner-date sequence remains an all-timer.

Tarantino’s rewriting of history and takedown of Hitler in a burning movie theater ends with a character saying, “This might just be my masterpiece.” And if that’s Tarantino speaking for himself, he’s not far off. With an incredible performance from Christoph Waltz as a dastardly Nazi general that put him on the map in a huge, Oscar-winning way, the movie is a funny, dark and bold odyssey.

Melanie Laurent and Diane Kruger also turn in winning performances, and of course Brad Pitt as a soldier leading the charge against evil in Nazi-occupied France during World War II remains among his most memorable roles.

More than just being raucous entertainment, watching this movie today feels trenchant and revolutionary. And in terms of Tarantino, it just feels perfect coming from him, to watch a movie taking down evil through the (in this case, literal) power of film. 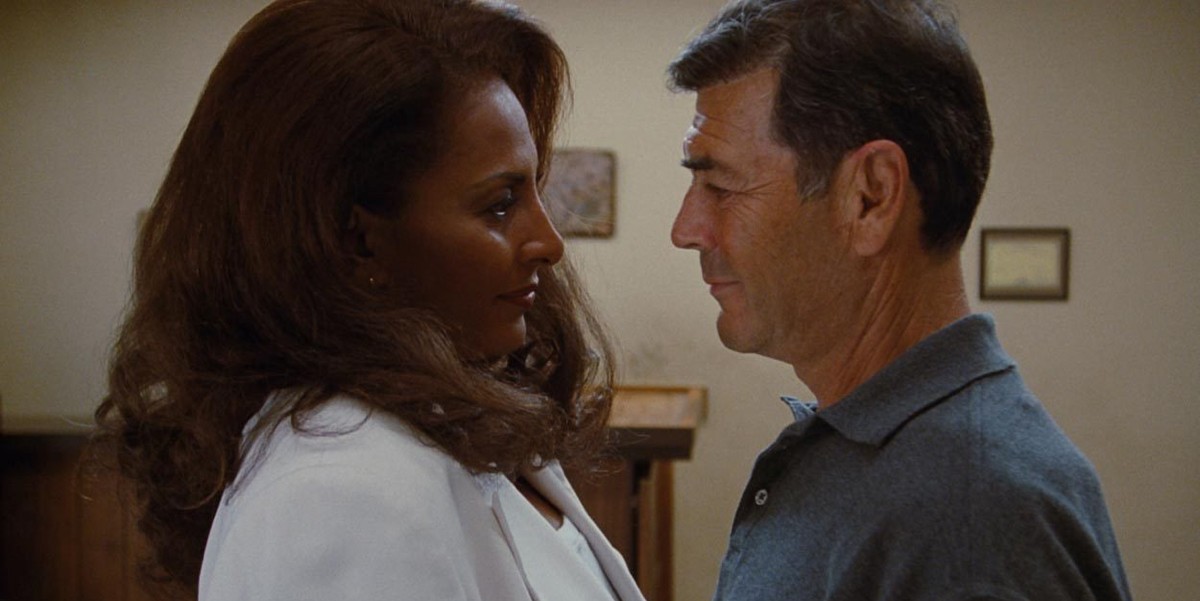 A bit of an underdog pick for most people, this Tarantino ranks high on my list because of a striking, singular, luminous performance from Pam Grier, fitting perfectly into the filmmaker’s oeuvre. Surrounding her is an impeccable supporting cast, including a top-tier Robert De Niro and Samuel L. Jackson, plus a tender turn from Robert Forster.

The mall sequence remains among Tarantino’s best work, and this also might be his warmest and most big-hearted movie he’s ever made. Considering it centers on a budding relationship between two middle-aged people just trying to make it in a tough world, saying that isn’t much of a stretch.

Tarantino has declared that Kill Bill is officially to be considered as one movie, so I shall honor that. This is the director’s crowning achievement, a two-part masterpiece that encompasses his aesthetic, humor, grandiosity and pathos down to a perfect distillation unlike anything else in his canon. There’s the fierce heroine at its center, The Bride, played by Uma Thurman in her best performance, and there’s the illusive and charismatic villain, the titular Bill, played by David Carradine before his untimely death.

I always consider both volumes as two parts to a whole; one can’t exist without the other, and I won’t rank them separately. Volume 1 is an uproarious and energetic homage to the samurai genre with a killer performance from Lucy Liu and a show-stopping final fight scene between The Bride the Crazy 88s.

Volume 2 slows things down, paying homage to the spaghetti western. The Bride continues on her journey, making her way to an eye-popping showdown between her and Elle Driver in a dusty trailer. The long road eventually leads her to Bill, where she comes face to face with the reality of her own life. Caradine delivers an unforgettable monologue and is taken out by a whisper instead of a bang. Poetic justice at its finest.