‘Portrait of a Lady on Fire’ movie review: Where art and love burn brightest

Portrait of a Lady on Fire is a must-see French film about love, art, and the inevitabilities of life.

My love of art and my desire to see more queer stories told on film meant Portrait of a Lady on Fire ended up at the top of my to-watch list.

The trailer revealed crisp, clear cinematography and the promise of a quiet, intimate portrayal of the lives of these two women. Something unexpected and intangible struck me. Those two minutes brought tears to my eyes. I knew this would be an important film for me.

That being said, I had few expectations going into this movie. It’s not my usual fare, and as a self-proclaimed action movie connoisseur, I knew there was a chance it would either bore me to death or be the perfect counter to my typical viewing experience.

It was, without question, the latter.

The film begins with Marianne (Noémie Merlant) arriving by boat at a house by the sea. As she settles in, we quickly learn she is there to paint a woman betrothed to a man in Milan.

That woman is Héloïse (Adèle Haenel), the titular character, who does not wish to be painted and does not wish to marry the man in Milan. Marianne must pretend to be her companion and work on the portrait in secret. 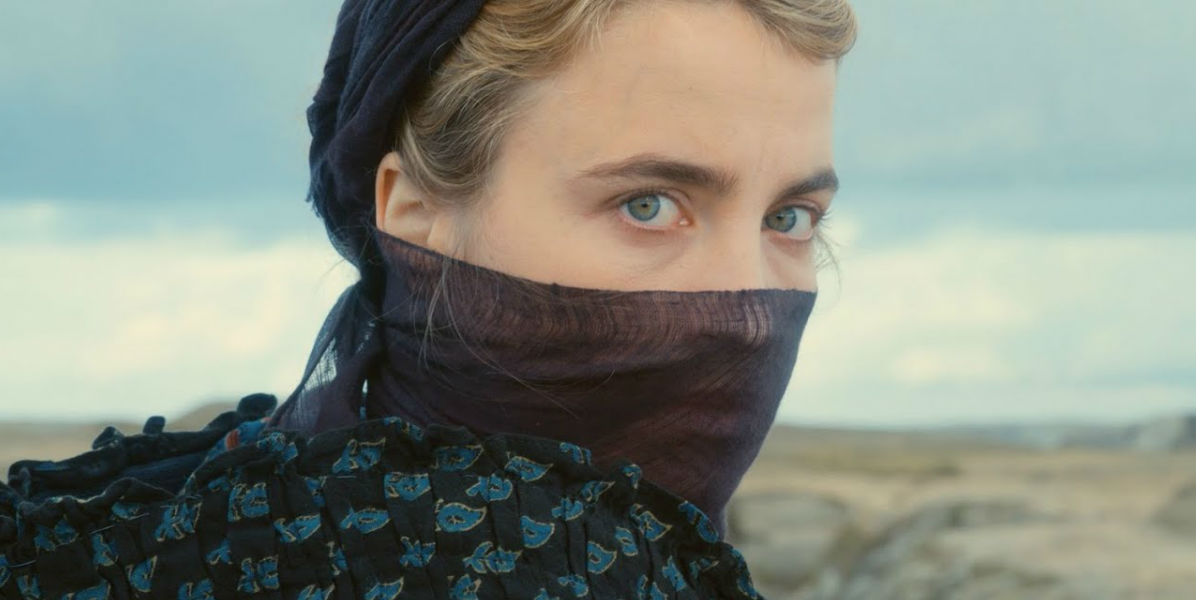 As the two women grow closer, Marianne finds it harder to keep the truth from Héloïse — both that she is painting her portrait and that she has begun to develop feelings for her friend.

Though Portrait of a Lady on Fire never provides any shocking turns or explosive reveals, I’ll leave out the details of the resolution for those who wish to watch the film.

It is never terribly difficult to guess what comes next, but the narrative’s inevitability only adds to the weight of the story being told. In fact, it ensures you have even more trouble looking away.

As many others have noted, Portrait of a Lady on Fire lacks any indication of a male gaze. There is only one significant male character seen on screen, and yet he is only there to serve a singular purpose. He is, point in fact, completely unimportant.

Instead, Director Céline Sciamma chooses to focus on her two main characters, as well as a maid named Sophie (Luàna Bajrami) and Héloïse’s mother, La Comtesse (Valeria Golino). These four women take up the entire movie, relegated to passing time in an empty house while they count down the days until Héloïse’s wedding.

Marianne, Sophie, and La Comtesse are fairly straightforward characters. You feel as though you know them the moment you meet them.

Marianne is tightly-wound and almost severe in her view of the world. She is an artist, but her brushstrokes are often the result of formal training. She is stiff even when she tries to capture emotion.

Sophie is quiet and polite. Most movies would push her into the background because of her position as a maid within the household. Yet, Portrait immediately endears her to both Marianne and the audience, and she quickly becomes both an asset and a genuine friend to both women. 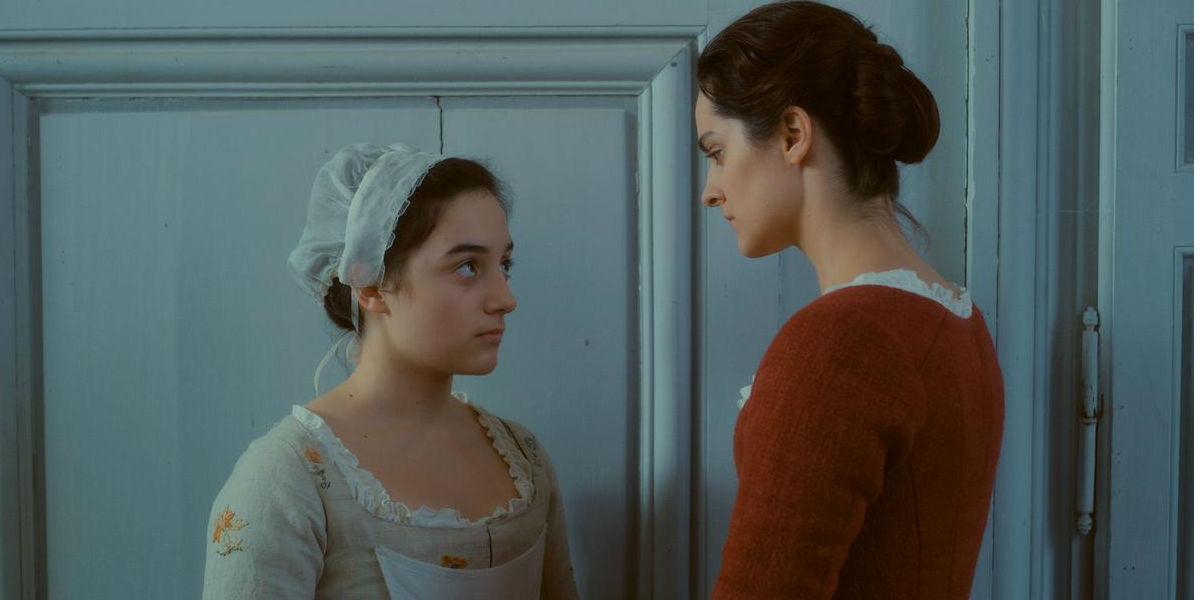 La Comtesse’s character is not as deeply explored as the others, though there is no reason she should share a spotlight that so obviously belongs to her daughter. Still, there is a moment in the film where we learn a little bit of her backstory. It is just enough to humanize her while simultaneously giving us even more insight into Héloïse and her relationship with her mother.

While these three women open themselves up to the audience fairly quickly, Héloïse does not. Portrait of a Lady on Fire is a slow unfurling of this woman’s character. We see someone who should be in mourning, and yet finds herself full of rage. She should be grateful for the opportunities she has been afforded, and yet she can’t help but want to run free.

Both the movie itself, and the interactions between its main characters, are full of poise, purpose, and propriety. This story takes place in the late 1700s, where decorum dictates every interaction. It shows itself in the way they greet people, the way they speak to them, and the way they dance around their true meaning.

So much is left unspoken between all of these characters. There are whole swaths of silence, emphasized by a distinct lack of music in most of the film, and yet so much emotion is expressed in the tiniest of breaths, the subtlest of movements, the gentlest of gazes.

Where a score usually heightens a movie’s emotional moments, Portrait of a Lady on Fire, uses quiet ambiance to create an intimate and realistic portrayal of the setting.

The few instances where music is inserted into the film are natural and subtly jarring. I know that sounds like an oxymoron, but I stand by it. It was only well after crying my way through “La Jeune Fille en Feu” did I realize the song was as much of an emotional release for me as it was for the characters.

But it’s not all about restraint. Portrait of a Lady on Fire provides us with an unabashed look into the lives of 18th century women. Most women will not be surprised to see that Marianne, Héloïse, and Sophie struggle with many of the same issues still facing us today.

This movie tackles menstruation, abortions, drug use, misogyny, and the expectations a woman must face both in love and marriage. The film does not preach to us. Instead, it simply states a fact and allows the message to exist. There is no lively debate or quiet shame — only acceptance and action and resolution. 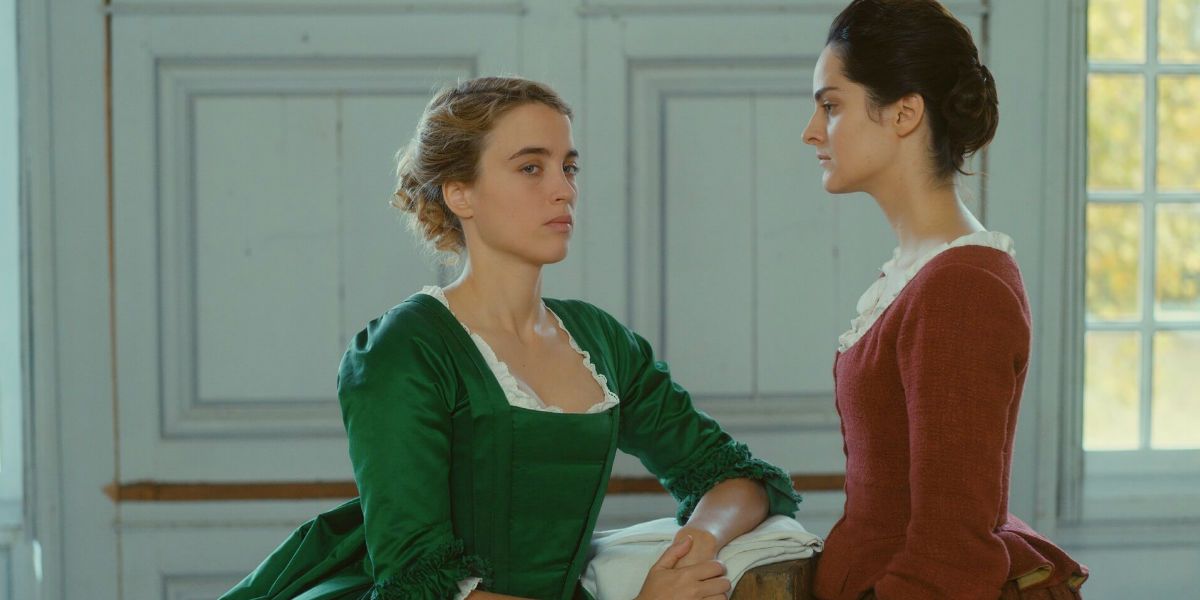 I’d be remiss to end this review without touching on the palpable chemistry between the two leads. Without this, the movie would not have kept my attention and it certainly would not have elicited such a strong emotional response.

Emotion is portrayed so strongly in this film. You can see it in Marianne’s brushstrokes or a simple movement of Héloïse’s hand. The resolute, overwhelming, beautiful love these two women feel for each other is what truly carries the film forward. And it stays with you long after the credits have rolled.

I, for one, have not been able to stop thinking about Portrait of a Lady on Fire, and I can’t wait to revisit this film again and again.