We use cookies to ensure that we give you the best experience on Hypable. If you continue to visit us, we will assume that you are happy with it.
2:52 pm EDT, October 10, 2019

Leigh Bardugo’s ‘Ninth House’ gets a TV adaptation at Amazon

Ninth House by Leigh Bardugo hasn’t even been out a week, but the occult fantasy novel already has a TV adaptation in the works!

It’s been quite a busy few weeks for Leigh Bardugo.

Hot on the heels of announcing the official cast for her highly anticipated Shadow and Bone Netflix original series, and a mere two days after publishing her first ever adult novel, Deadline broke the news this morning that the adaptation rights for Ninth House have been bought by Amazon Studios after a bidding situation which reportedly had both HBO and Hulu competing to nab the rights to the book.

The adaptation of the occult fantasy novel — the first in a series — will add another impressive book-to-TV series adaptation in Amazon’s stable of shows, which includes the upcoming Lord of the Rings series and the Wheel of Time series, which just held its first table read.

According to the news report, Amazon Studios now has the rights to develop Ninth House as a series, with Bardugo attached to write the adaptation and executive produce. 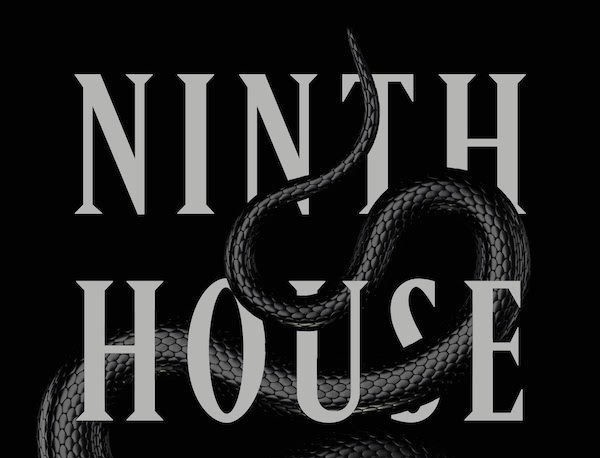 'Ninth House' by Leigh Bardugo is an Advanced Placement in magic

The book focuses on the eight entombed “secret societies” of Yale (which exist in real life Yale), which here aren’t just social halls or incubators for the future rich and powerful but are sources of powerful magic that impact the most powerful places in the world.

As a means to hold these eight societies in check, there exists a ninth house which acts as a way to balance of powers of these eight other houses.

The book follows Galaxy “Alex” Stern, an unlikely member of Yale’s freshman class who has suffered more than her fair share at the hands of life and who, by age 20, is the sole survivor of a horrific, unsolved multiple homicide.

She arrives at Yale tasked by her mysterious benefactors with monitoring the activities of Yale’s secret societies, and the story follows her as she finds out that the occult activities at Yale are far worse and far more magical than she ever could’ve imagined.

Bardugo will executive produce the project alongside her frequent collaborator Pouya Shahbazian (of the Divergent series and Disney+’s upcoming Love Simon adaptation), head of film and TV at New Leaf.