We use cookies to ensure that we give you the best experience on Hypable. If you continue to visit us, we will assume that you are happy with it.
3:10 pm EDT, August 15, 2019

Gormenghast will be the next dark fantasy series to come to the small screen, with Neil Gaiman attached to the series as executive producer.

Neil Gaiman is bringing another big fantasy series to television — only this time, it isn’t one of his own.

The popular fantasy writer already has quite a few TV adaptations based on his own books under his belt. There’s American Gods on STARZ, for which Gaiman is executive producing, which is heading into its third season. He was showrunner for Amazon Prime’s Good Omens series, based on the beloved book he co-authored with Terry Pratchett. Lucifer, based on the DC Comics character he co-created, will head into its fifth and final season on Netflix, just in time for him to begin writing and executive producing the Netflix adaptation for his legendary Sandman comics series.

The next series that Neil Gaiman will be adapting to the small screen won’t be one of his own, though it’ll still be well in the realm of dark fantasy which Gaiman is so well-known for.

Showtime revealed earlier this morning that it will be adapting Mervyn Peake’s Gormenghast book series into a TV series. 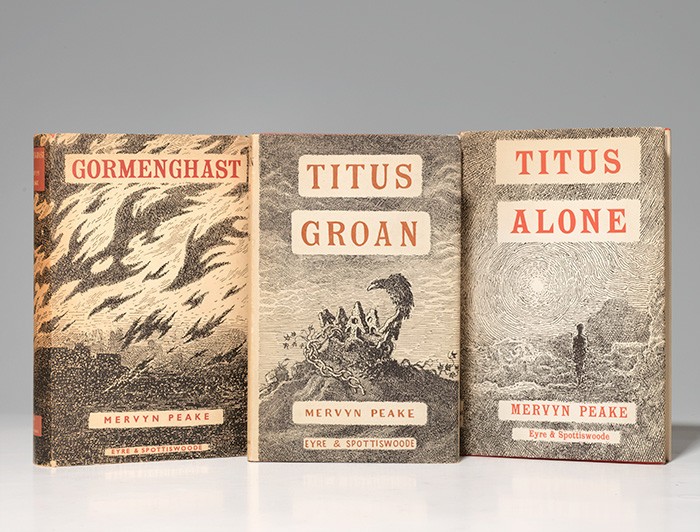 The series follows the inhabitants of the Gormenghast Castle, a city-sized abode which is the home of the Groan dynasty and their master Lord Sepulchrave. Titus Groan is one of these inhabitants and is next in line to inherit the castle — only what he really wants to go beyond the four walls of the castle, its antiquated rituals and inhabitants.

Over the course of the series, rituals are challenged, powers are questioned and the castle reveals increasingly fantastical secrets.

Toby Whithouse, creator of the BBC series Being Human and a writer for Doctor Who and Torchwood, will serve as executive producer and showrunner. Neil Gaiman will executive produce, along with Akiva Goldsman, best known for his work on A Beautiful Mind, Star Trek: Discovery and Fringe.