We use cookies to ensure that we give you the best experience on Hypable. If you continue to visit us, we will assume that you are happy with it.
8:55 pm EDT, March 27, 2021

Nancy Drew season 2, episode 9 digs into the story of the Bobbsey twins.

On Nancy Drew season 2, episode 9, the shroud is stolen, leading the Drew Crew to the Bobbseys’ door and a new mystery. Meanwhile, Odette’s role in George’s life and relationship with Nick are brought into question.

Nancy Drew season 2, episode 9 picks up where the previous episode left off: With the shroud that brought George back to life and tethered Odette to her body stolen, which is a major problem considering if it’s used again, George will drop dead.

Meanwhile, Odette causes trouble in George and Nick’s relationship, and Bess struggles to deal with being cut off by the Marvins. 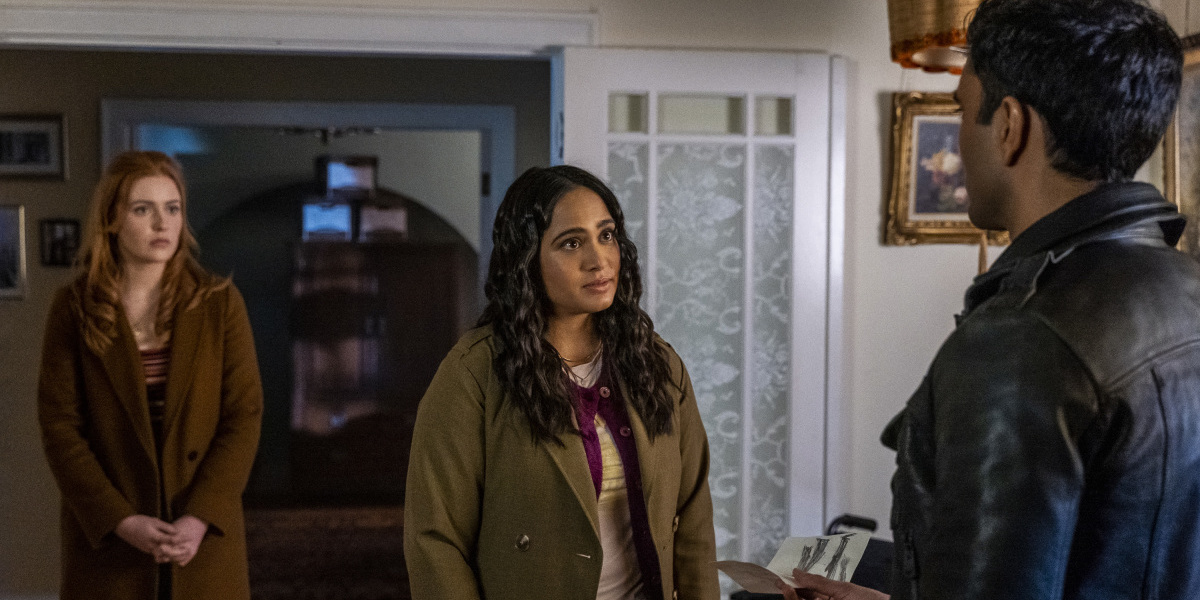 I’m really missing Nancy Drew season 1 right now. The mysteries of Lucy Sable and Tiffany Hudson’s deaths haunted every episode until we learned the truth, and so far, there’s nothing tying season 2 together like that.

As much as I love this show, things have to start moving along again. There were so many things to do as the Drew Crew battled the Aglaeca, resulting in so much tension and such an exciting start to the season. But since the would-be season 1 finale where the Aglaeca became Odette once again and George died, things feel like they’re at a standstill for most of these characters… especially on Nancy Drew season 2, episode 9. 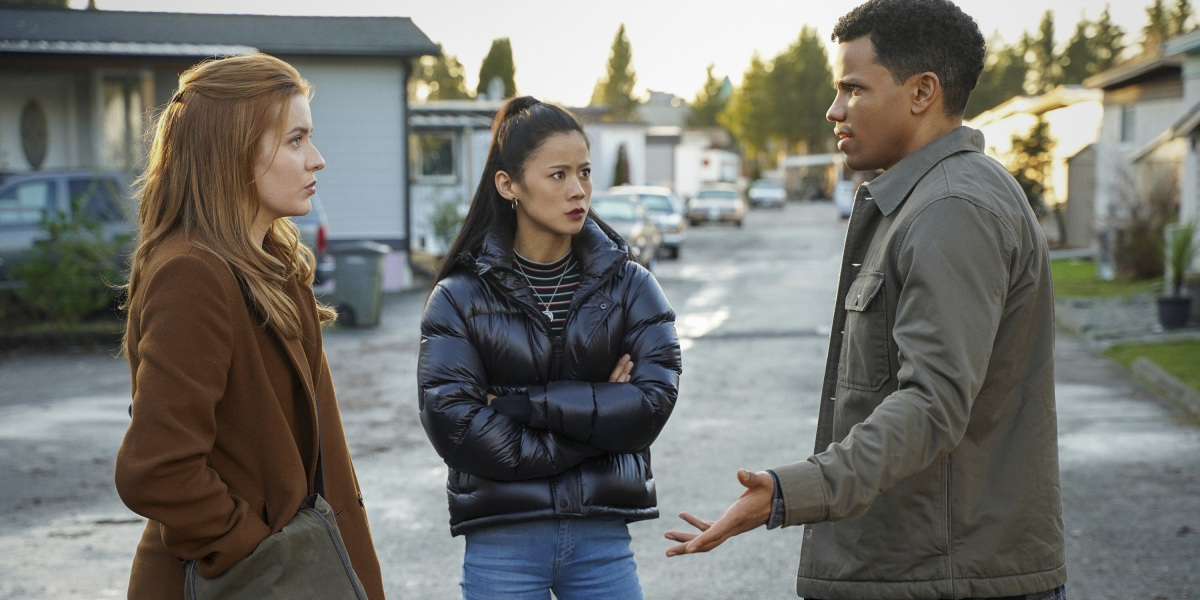 Nancy Drew season 2, episode 9 holds back any progress on separating George and Odette, as the Drew Crew is instead tasked with finding the shroud before Gil Bobbsey uses it and, as a result, kills George.

It’s no secret I’m not a huge fan of this relationship, but I feel like it gets worse with each passing episode. Nick is hardly a character outside of George anymore, which is disappointing because he started the series as the best of the Drew Crew.

The part of Nancy Drew season 2, episode 9 that really turned me off was Nick threatening to kill himself if Odette killed George. That’s such a poor message for any show to send, much less a show that is primarily for teenagers and young adults. Chilling Adventures of Sabrina season 4 actually followed through and implied their Nick killed himself for Sabrina. Why are teen drama writers so obsessed with romanticizing this harmful and unhealthy message?

Additionally, more important than George’s relationship is how this is impacting her life. How is Odette’s presence changing George’s role at the Claw, her relationship with her sisters, and to tie both together, the impact on her being the breadwinner for her family? There are so many more important and emotional routes to take than how it’s challenging her boyfriend.

Having Odette’s spirit be tied to George’s body was an ingenious move on the writers’ behalf, but it’s truly not something I want to see explored throughout the entire season. That said, bringing Bess further into this story with each episode is intriguing… Will there be sparks between Bess and Odette in the near future? 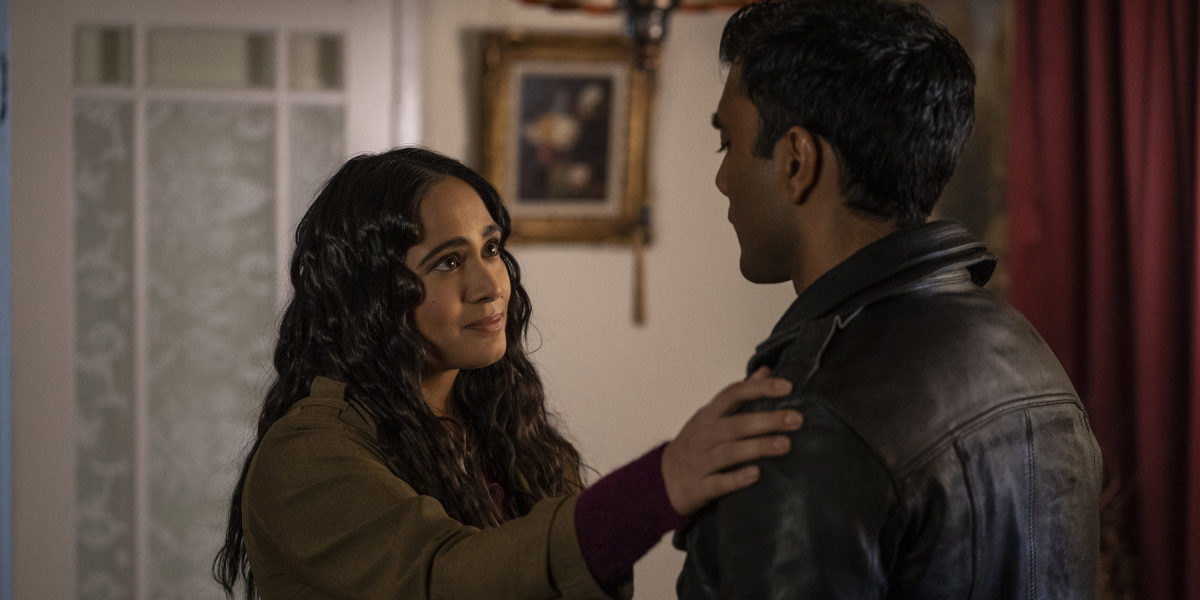 The Bobbsey twins have an incredibly interesting dynamic, and I’m happy to see that explored on Nancy Drew season 2, episode 9. With the revelation that Gil Bobbsey stole the shroud comes the information that his and Amanda’s mother, Rosemary, was murdered when he was six… and Gil wants to use the shroud on the comatose man that he believes to be responsible.

Except Nancy figures out that, no, Rosemary was not murdered. (I predicted that at the beginning of the episode, and am very proud of myself.) Instead, she left her children because she was seeing something and believed herself to be going mad, wanting to leave and keep her children safe from whatever lived in her mind.

Since Ace tracked Rosemary down and we did not see a real conclusion of the events of this episode, I suspect that whatever Rosemary was seeing was actually real. A spirit or a monster haunting her because of something we have yet to learn. Since we saw what Rosemary looks like, I wouldn’t be surprised if that story is coming in just a few episodes either. 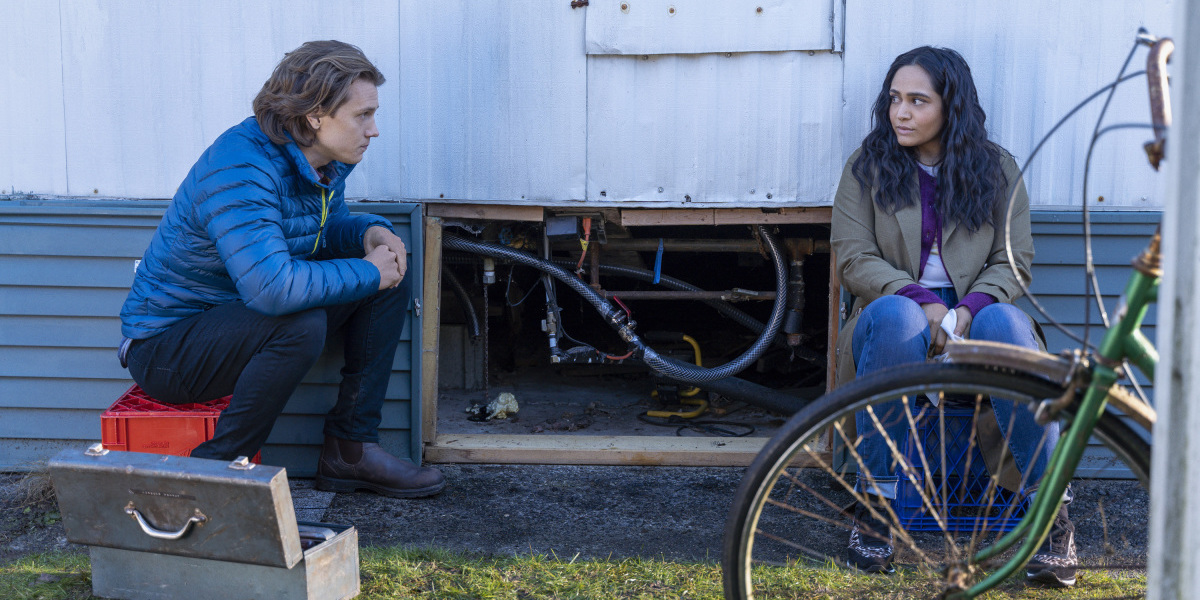 Aside from the mystery, the dynamic between Nancy, Gil, Ace, and Amanda is very interesting. While there’s definitely something romantic going down with Ace and Amanda, the same is yet to be seen with Nancy and Gil. At this rate, it wouldn’t surprise me if they kissed in the next episode (especially since Nancy is, well, especially sex-crazed in the trailer below).

All of this is likely to set up Nancy and Ace realizing the feelings that have slowly built up over the course of the show and have been teased particularly in the last few episodes. It seems clear that they’re headed toward another couple in the Drew Crew, leaving Bess all alone on the outside (unless Odette in George and Bess have some romance coming up, as has been long suspected by the fans).

An interesting way to go about it, for sure, but let’s see what comes of this complex lovely mess. 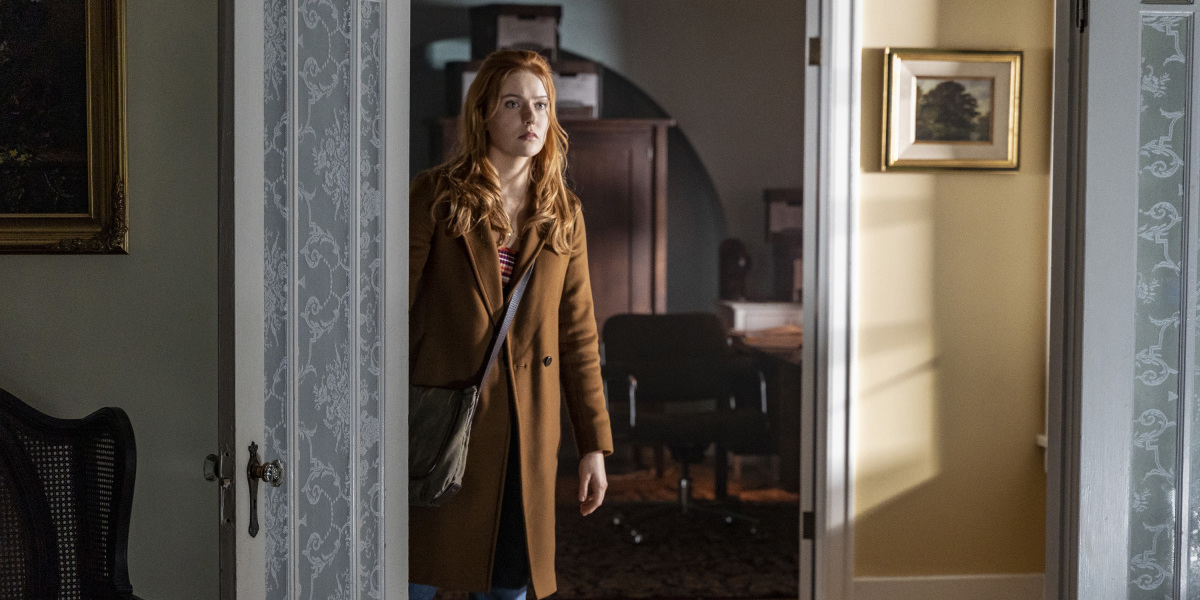 The most unexpected pairing of Bess and Carson worked so well on Nancy Drew season 2, episode 9. As Bess lay on Nancy’s couch, stricken with grief over being disowned by the Marvins, Carson’s surprise visit opened up a new world for her.

I’m really wondering whether this story will go anywhere, or if it was simply meant to give Bess fodder for her speech to Odette at the bluffs. It’s the second episode in a row that had Bess working on a speech of some kind, and I’d love to see that play into something greater.

Maybe Bess’ time on the wrong side of the law will lead to her the right side to help others that are struggling like she was.

As for Carson, seeing him become a father figure for various members of the Drew Crew is fun. Now that the secret about Nancy’s parentage is out (at least to our main characters), it wasn’t clear what sort of role he would have on the show, but what we’ve seen from him so far is fun and entertaining. I just hope to see him get some deeper material soon, particularly with Nancy. 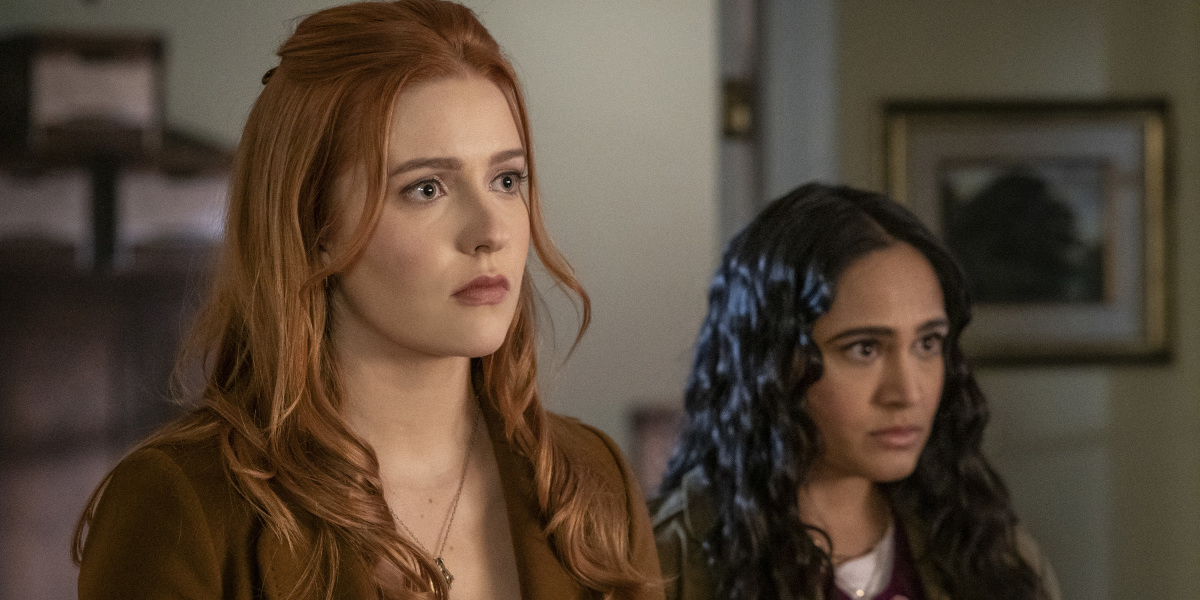 Honestly, while Nancy Drew season 2 has still been good, I’m missing the overarching mystery that is keeping me intriguing in every single episode, as we saw from season 1. The mystery-of-the-week format is great occasionally, and Nancy Drew season 2, episode 9 has potential to be extended into multiple episodes, but it’s just not the same. I want another Lucy Sable or Tiffany Hudson.

I want this show to consistently wow me and keep me on the edge of my seat every week, eagerly waiting for details to solve the big mystery. As I said before, everything kind of feels like it’s at a standstill right now, which is not keeping this show on the same level it was on last year.

The potential is there, the characters are due for a new and BIG mystery, so let’s get on with it and move things in Horseshoe Bay along?