We use cookies to ensure that we give you the best experience on Hypable. If you continue to visit us, we will assume that you are happy with it.
9:00 am EDT, March 20, 2021

‘Nancy Drew’ season 2, episode 8 review: Completely out of the blue

On Nancy Drew season 2, episode 8, Bess’ past comes back to haunt her when someone comes looking for revenge, and her stance with the Marvin family is threatened. Meanwhile, Nancy and George look for a solution.

Nancy Drew season 2, episode 8 has not one, but two killer reveals about George and Odette’s fate, but George and Nancy’s investigation into the shroud are cut short when Bess’ husband kidnaps them to motivate Bess.

Meanwhile, we see some interesting growth from Bess as her husband puts her in a position that threatens everything she’s been building in Horseshoe Bay. What lengths will Bess go to in order to make him go away? 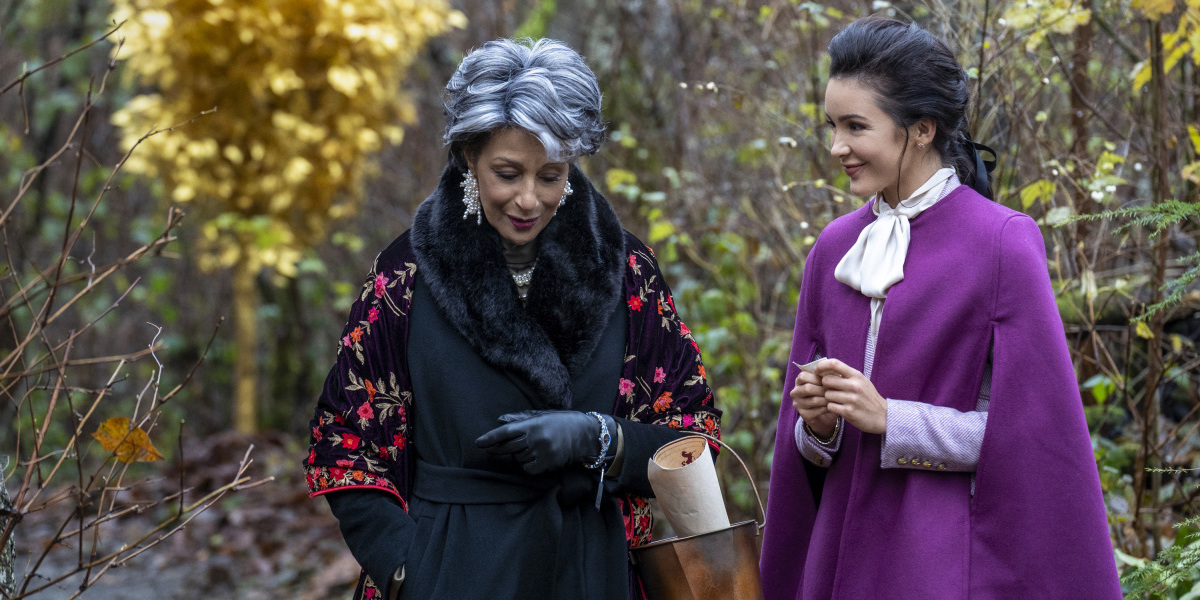 Honestly, the best part of Nancy Drew season 2, episode 8 is seeing Bess in the spotlight and diving a little into her incredibly intriguing past. The second best part is the writers giving us a little break from the constant and unending focus on Nick and George’s relationship to develop various friendships, which are always much more enjoyable (particularly on this show).

Over the last season and a half, Bess has felt criminally underdeveloped, often used as comedic relief with a blink-and-you-miss-it line about being a casual thief. From what we know about her background, this is such a waste of Bess (not to mention a waste of Maddison Jaizani’s talent).

Even her relationship with Lisbeth was hardly seen, other than when the two were having relationship problems. With that officially over for the time being, the one story Bess has left is with the Marvins, which is honestly a shame because she’s far too interesting to be stifled by this rich, problematic family. 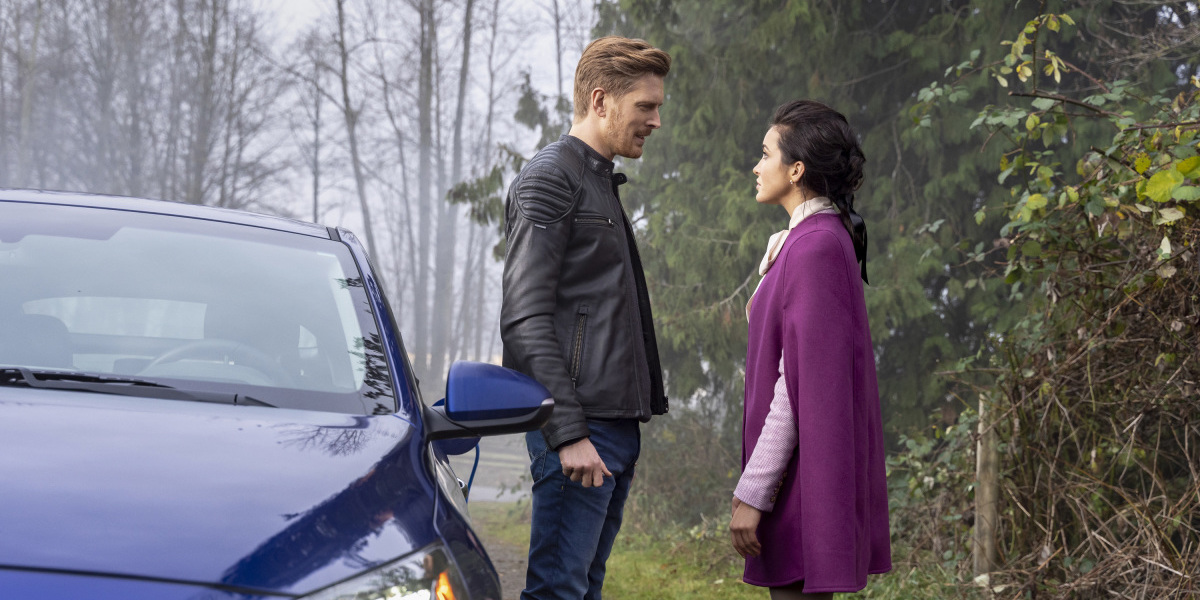 The most shocking bit of Nancy Drew season 2, episode 8 was not the arrival of Bess’ faux-husband or even Nancy and George being kidnapped; the most surprising bit is that Bess, attracted to shiny objects as she is, had not already stolen the spider sapphire.

Anyway, Stephen’s arrival carried more weight and was better handled than expected. The idea of introducing a husband for Bess, the only canonically gay, main character on Nancy Drew, was a bit unsettling even if we knew that Bess was a con artist in her past life. But to know the relationship was never real whatsoever was a sigh of relief.

Truly, I wish the episode had dug a little deeper into Bess’ past. This was a surface-level exploration, teasing much more darkness and despair in her youth. For instance, knowing Bess was kicked out and abandoned by her mother at 13 is heartbreaking. (I’m just going to put it out into the universe to hope that this was not because Bess is gay, but for some other reason… We get enough of those stories on television and it’s exhausting.)

It’s kind of funny to watch Bess interact with the Marvins, proclaim that they are her “true family,” and consistently choose her actual family — her friends — over them. Bess didn’t hesitate to take the spider sapphire from Diana to save George and Nancy’s lives.

Given that she’s been (temporarily) disowned by Diana, I really hope that we start to see Bess recognize and acknowledge that she doesn’t have to try so hard for the affection of that family when she has her own found family that actually loves her unconditionally. It’s something Bess doesn’t know. Not surprisingly knowing her mother somehow threw everything in Horseshoe Bay away for the love of a man, but rejected her own daughter. She sounds more like Diana every time we learn some new fact about her. 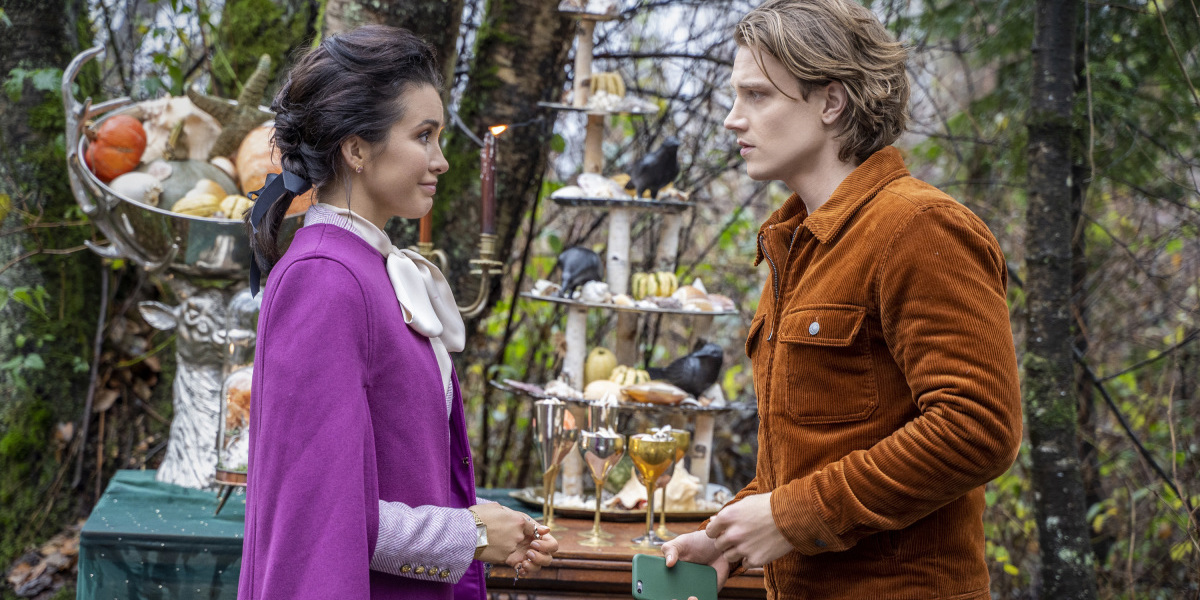 As for Nancy and George, their new investigation into the shroud and the properties it possesses on Nancy Drew season 2, episode 8 is fascinating and exciting. This new and unexpected form of possession is giving the writers and Leah Lewis some juicy material to work with, as we saw when Odette took over post-kidnapping.

With the shroud stolen, probably by one of the Bobbseys considering their reappearance on the next episode, I’m eager to see what George will do to get it back and keep herself alive. She’s a survivor, so she may become the vicious girl we knew when the series began once again, at least for a little bit.

The end of keeping the Odette secret from Nick is a relief too, because that tension was incredibly unnecessary. This is something that impacts all of the Drew Crew, especially knowing George could easily die or fade away in her own body as Odette gets stronger and retains control. (Plus, they need to be aware that she could be meddling with them… which would actually be fun to watch, as her banter with Nancy was highly entertaining).

However, I’m really hoping the writers stop laying blow after blow upon Nancy soon. She’s dealing with so much, all alone, and to add the weight of the responsibility for R. Jenkins’ death on her too is cruel and unreasonable. For the sake of balancing the scales, please give the other characters some of this trauma that’s all being piled upon Nancy. 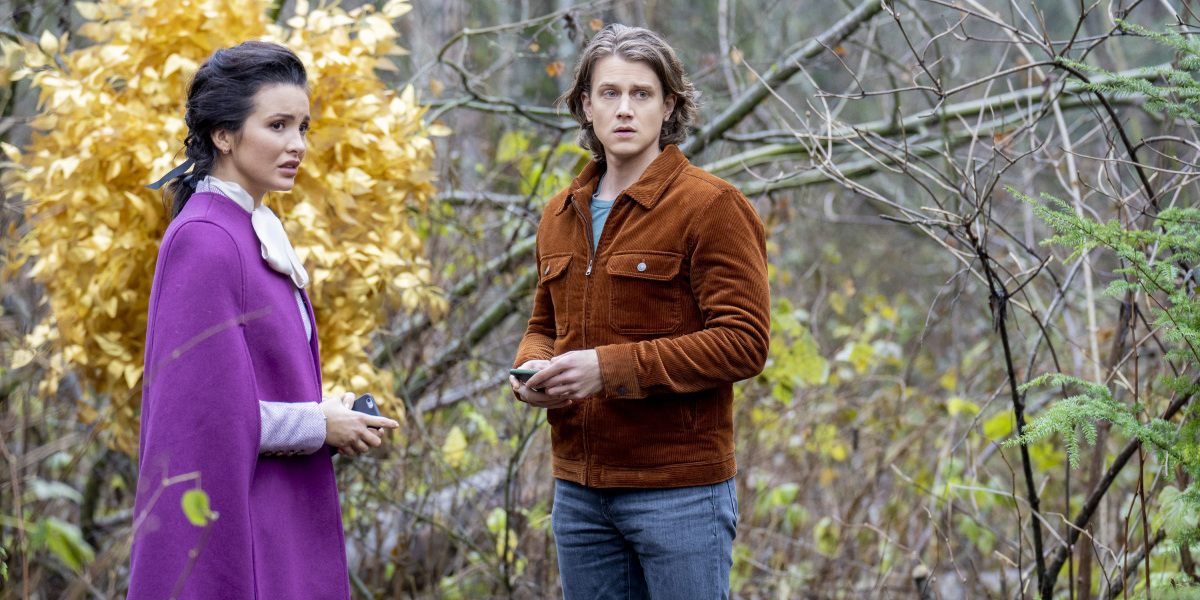 Amidst all of the drama with the Marvins on Nancy Drew season 2, episode 8, Nick and Ryan are beginning their plan to take down Ryan’s parents and those benefitting from his treachery.

I’ll say, at least, it’s nice that Ryan actually has a purpose now, however short-lived that may turn out to be. Ryan sitting around and pressing Nancy for the father/daughter relationship he wants had gotten quite tiring.

Though I almost laughed that Ryan is doing such a terrible job of covering up the truth about Nancy with the reporter. He has one job, and he’s just proving to be the screwup everyone in Horseshoe Bay has always believed him to be. This man can do nothing right.

It’s frustrating that Nick has to take a backseat role in this story, his story, because there is really nothing he can do to bring down the Hudson empire at this point. He’s just a man with the flash drive and the knowledge of what Tiffany knew, with no actual evidence to support his claims.

I just want Nick to be front and center in whatever stories he gets, but we really haven’t seen that at all on Nancy Drew. Whether it’s Tiffany, Nancy, George, or Ryan, someone else always seems to lead the story that Nick is involved in. 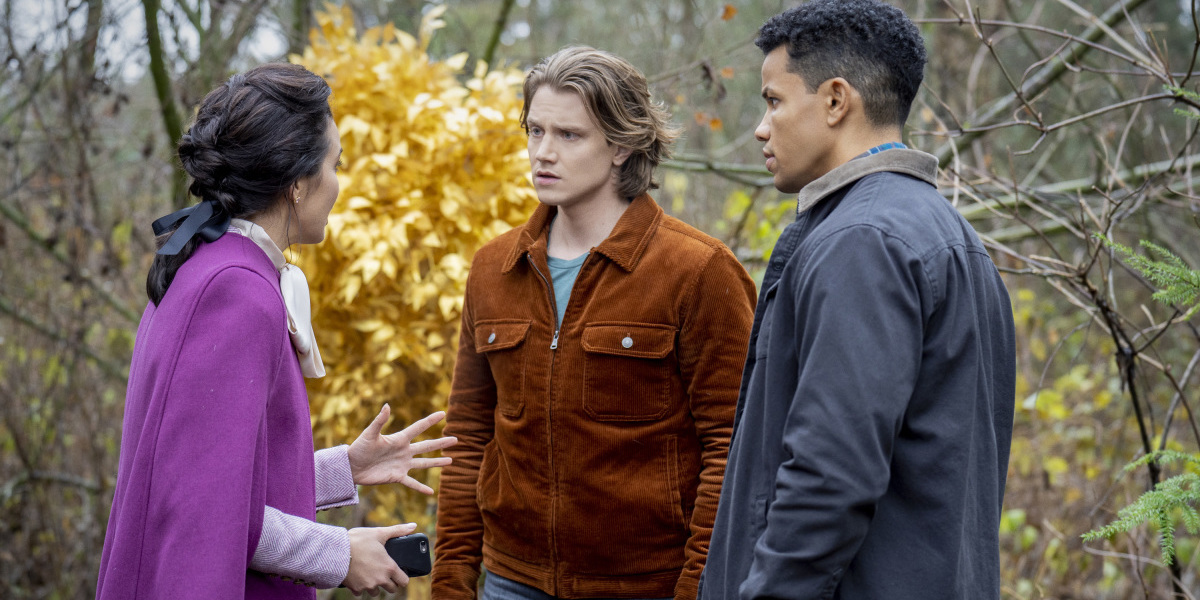 All in all, I thoroughly enjoyed Nancy Drew season 2, episode 8. Bess and Maddison Jaizani deserve to be in the spotlight more often, as both have so much to offer the show, and Bess’ backstory is clearly a well of untapped potential. Since her husband is still on the loose, I wonder if we’ll be seeing him again… and what he may have in store for Bess before she discovers a way to get rid of him.

I can’t tell if the writers are actually moving things forward, romantically, with Nancy and Ace, but that “pretty eyes” comment and Nancy’s immediate reaction was… telling. Speaking of, I wonder if Odette’s got a little crush on Bess. It would certainly be quite a story to watch, especially since Bess is a Marvin and Odette is in George’s body.

I’d say this was one of my favorite Nancy Drew episodes. As much as I like the supernatural element, usually, it’s always nice to get a break and deal with some nice, human drama.