We use cookies to ensure that we give you the best experience on Hypable. If you continue to visit us, we will assume that you are happy with it.
3:34 pm EDT, May 15, 2021

Nancy Drew season 2, episode 15 finds a comet passing over Horseshoe Bay after over 100 years and brings Tom Swift to town, as he works with Nancy to find a dislodged meteorite from the comet’s last visit.

Nancy Drew season 2, episode 15 — otherwise known as the introduction of Tom Swift — is a great episode, pairing our titular sleuth with the mysterious and captivating Tom Swift… and the two have ideologies that could not be more different.

Whereas Nancy Drew is more about the supernatural (given her past experiences), Tom is resistant to accept that anything could be explained or caused by something that is non-scientific… just like Nancy was before the Dead Lucy stuff really got going in the beginning. So, in short, the series that would follow Tom Swift’s adventures (if ordered by The CW) would focus on much different mysteries. 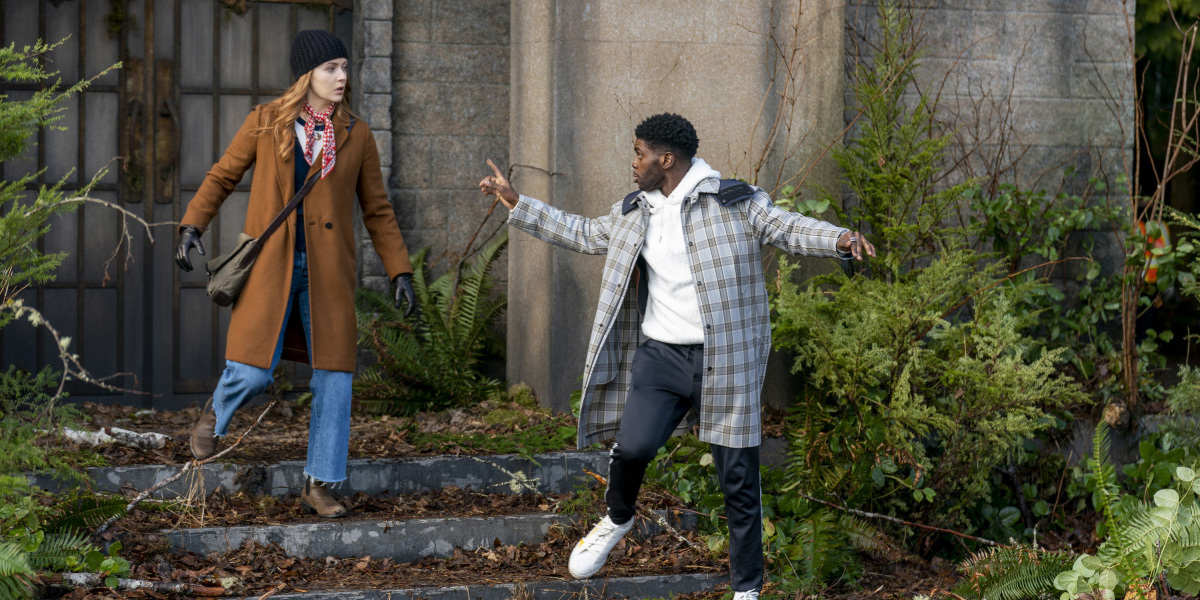 Nancy Drew season 2, episode 15 is an incredibly important episode, simple as that. The introduction of a Black, gay man, who happens to be a billionaire, is rare on its own, not to mention that this was the buildup to his own series being ordered.

However, there’s also important messaging in Nick and George’s interactions. Tom’s appearance and immediate bond with Nick brought to light an interesting conversation about the anti-Black sentiment in the Asian community and vice versa.

Personally, I’ve never seen this conversation on television, so I must commend the Nancy Drew writers, especially after their depiction of the realities of police brutality, racial injustice, and other issues last week. Though I’ve had my troubles with Nancy Drew season 2, these writers seem to be capable of successfully telling stories about real issues, and I am immensely proud to be a fan of this show.

Despite having such a heavy supernatural element, Nancy Drew is one of the few television shows that feels real, and has people behind it willing to hear and tell important stories. 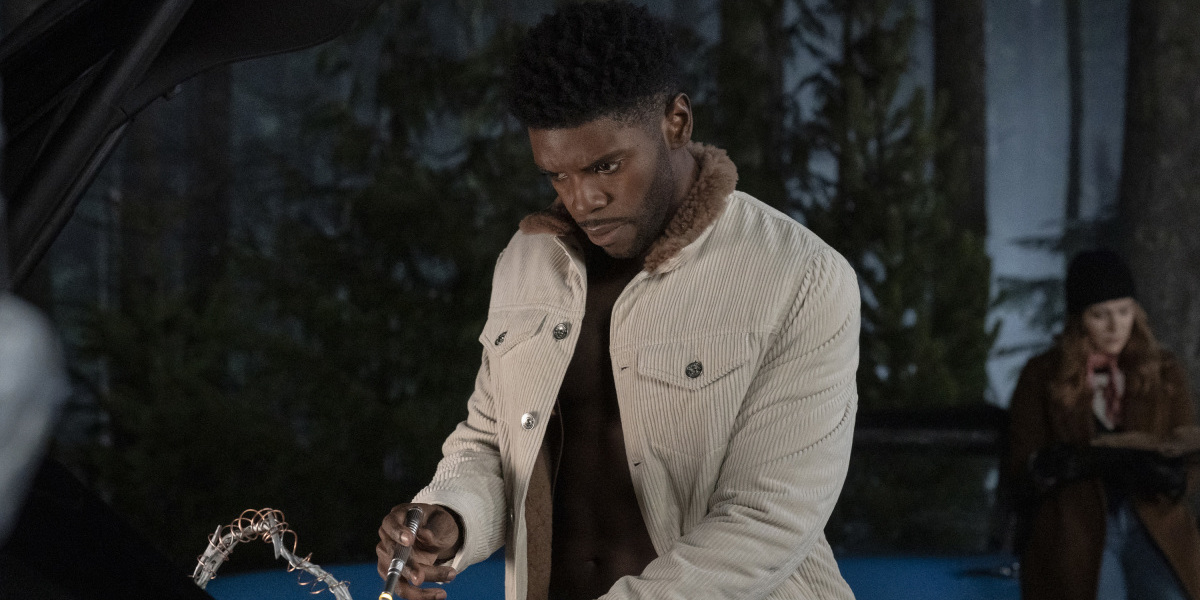 As the introduction of Tom Swift, Nancy Drew season 2, episode 15 had its highlights and pitfalls. First and foremost, Tom is such a fun character. He’s charismatic, quirky, and clearly very knowledgeable. He invites you in from the moment he lights up the scene, thanks to Tian Richards’ wonderful performance.

From the very first second, I wanted to know more about Tom. We definitely learned about his complicated relationship with his father, and the scene where Tom and Nick kiss could not have been better. Such an important moment for Tom, and his quick connection with Nick felt earned and disappointingly short-lived. It was nice to see the side of Nick that Tom brought out.

However, I’m not going to try to argue that this was the strongest backdoor pilot I’ve ever watched. We learned some about Tom, like his competence with technology, but there was far too much focus on just his father. I have basically no idea what an entire show focusing on Tom would look like after this hour, which is the entire point of a backdoor pilot, right?

Despite this, I’m eager to see Tom Swift get his own show. He’s a character we deserve to see much more of, and I would hope to see some crossovers between these two. The chemistry between Tom and Nancy is just too good to never see on-screen together again.

(Also, can we talk about how Tom decided to end the meteorite mystery mostly shirtless? I could get behind that on a full-time basis…) 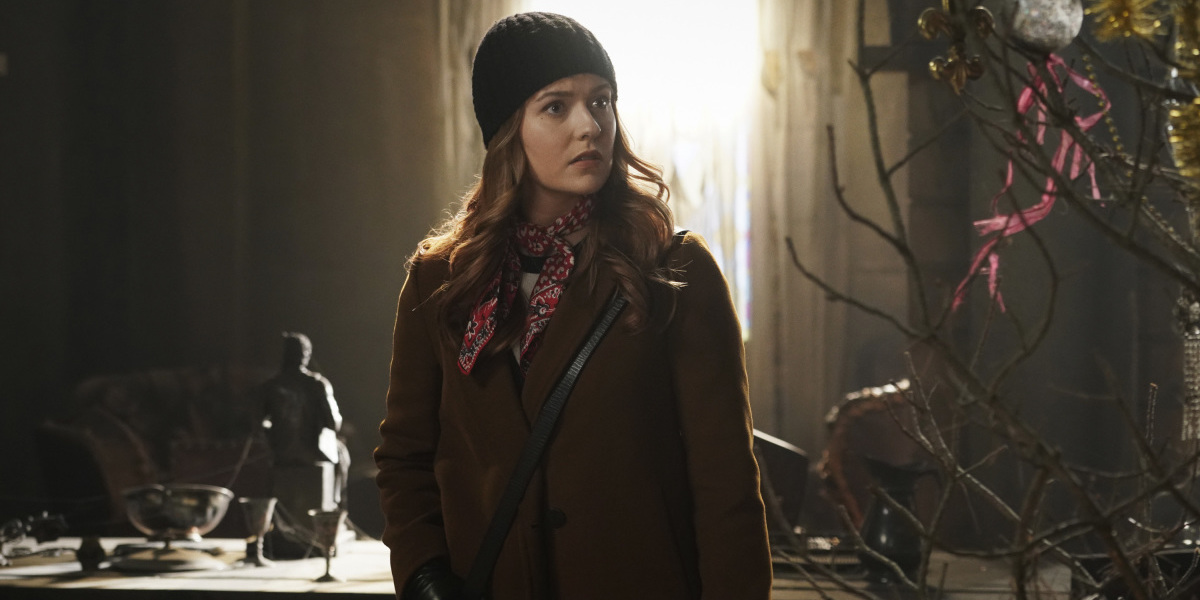 When Nancy Drew season 2, episode 15 wasn’t focusing on Tom, the Hudsons unfortunately took the spotlight. This entire story has been the weakest link of the season because, honestly, who cares? Nobody is watching to see Nancy compromise her morals to fit in with the Hudsons and take them down from the inside. Nobody is watching to see Ryan Hudson manipulated and used for the umpteenth time.

The only highlight of this story is the relationship between Celia and Nancy, who are on far more even footing than any of the characters (or the show as a whole) believe. The two challenge each other in such unique ways, and this is a relationship worth watching. Nancy’s father-daughter relationship with Carson is far more interesting and heartfelt than with Ryan, so there’s no relentless urge to see those two act that way.

In a disappointing turn, it seems the rest of the season will be focusing on “Nancy Hudson” joining the ranks as Everett is out of jail and back in the picture. But given that everything seems to be tied back to the unnecessarily complicated “Road Back” organization, it’s unlikely the Hudsons will be taken down this season.

It’s all a mess that is dragging Nancy Drew down and seems too complicated to ever be untangled in a fulfilling way. Can we just move on and forget it ever happened?

What’s the reluctance with Bess? 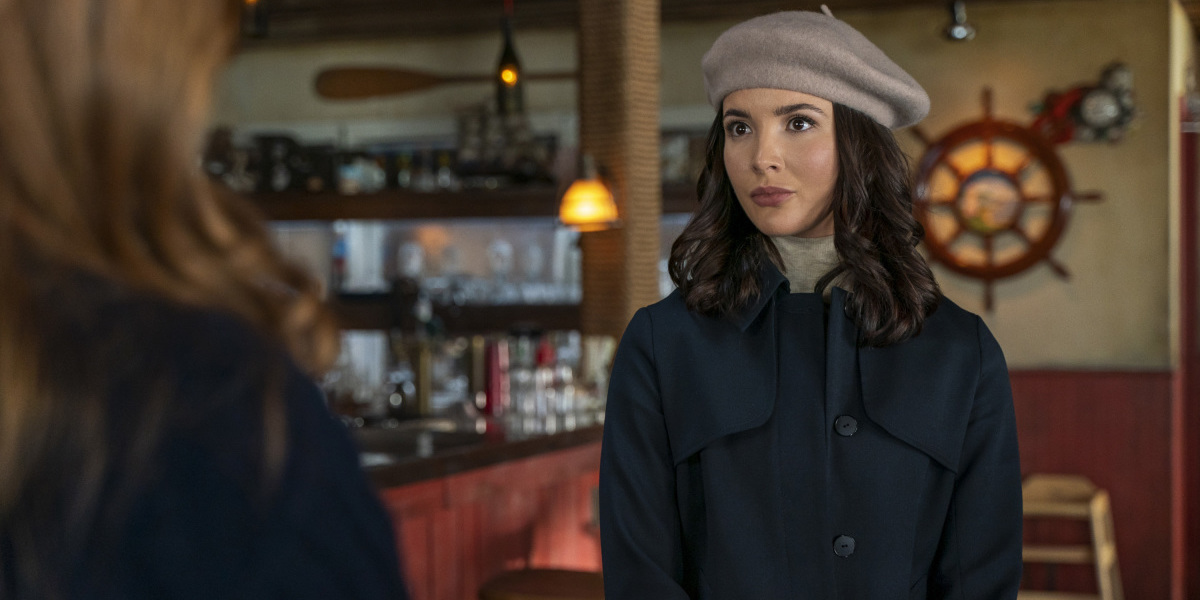 My biggest complaint about the season, which continued on Nancy Drew season 2, episode 15, is the writers’ reluctance to do anything worthwhile with Bess Marvin. It’s been multiple episodes since she actually had a storyline worth watching, when Diana banished her from the family. I do not think this Odette and Bess story counts as one for Bess, rather she’s just a participant in George’s story (as Odette is an extension of George now).

Writing off Lisbeth at the beginning of the season and isolating Bess from her blood relatives gave her nothing to do, and it feels like the writers don’t know what to do with her. As the only main character that is not straight, it’s rather disappointing that the rest of the Drew Crew are actively being developed while Bess is left behind. It’s gross, honestly, and such a waste of Maddison Jaizani’s talents. 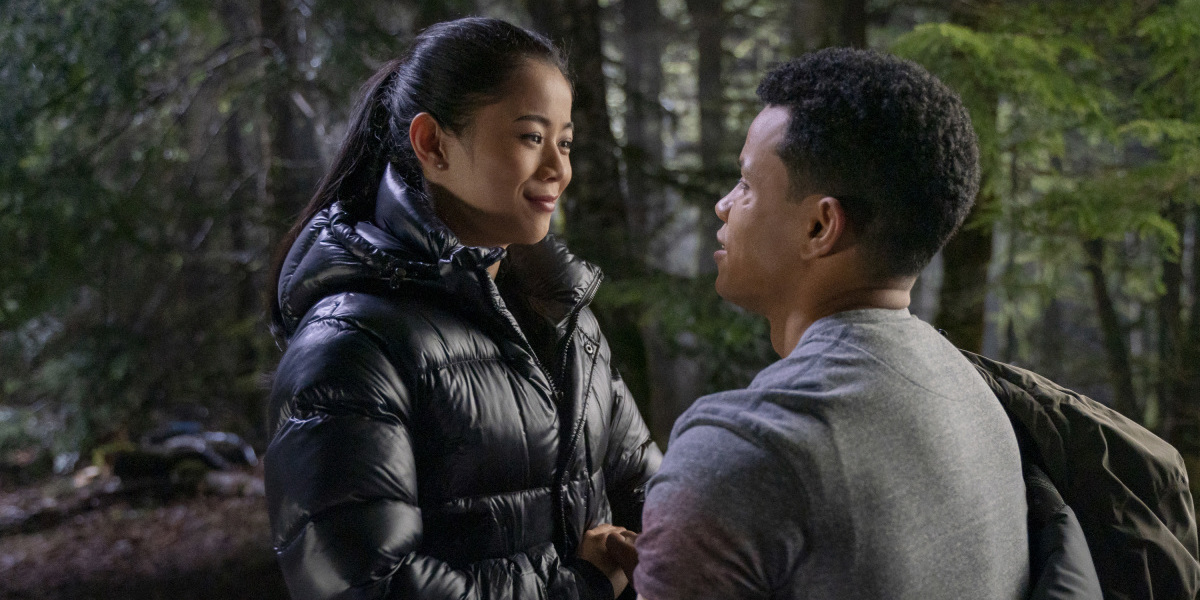 Nancy Drew season 2, episode 15 left me quite eager for more of Tom Swift, but hesitant for the remainder of the season, for all of the reasons mentioned above. When I said I wanted a season-long mystery, I didn’t mean for the mystery to be how to take down the Hudsons.

Nancy becomes a different character when she’s involved with the Hudsons now… and not in a good way. She’s been through enough, we don’t need to see her actively put through hell by Everett and Celia as they force her into the fold.

I do like that Ace is becoming more involved and is actively on Nancy’s side, trying to pull her back from the Hudsons. If they really are building to a romantic relationship between the two, this is the right way to do that. Let’s stop using the Bobbsey twins, two POC, as plot devices for the white people to get together though, yeah?

So many conflicted feelings, but I’m willing to ride out the rest of the season and hope for the best. Are you?

5 ‘Younger’ spinoff ideas that would be Heller good

Younger may have ended after season 7, but there are still plenty of stories to tell at Empirical and beyond! Here are five Younger spinoffs that we’d love to see.