We use cookies to ensure that we give you the best experience on Hypable. If you continue to visit us, we will assume that you are happy with it.
11:49 am EDT, April 11, 2021

Nancy Drew season 2, episode 11 is an interesting spin on a supernatural mystery, giving the Drew Crew hours to figure things out before an ancient god kills them… all while having to repeatedly erase their memories.

What seemed like a time loop from the trailer turned out to be a new twist on supernaturally-charged memory loss, as Nick accidentally stumbles upon something that threatens his life and the only way to save himself is to wipe his memory clean on Nancy Drew season 2, episode 11.

Meanwhile, after the reporter spent a while digging around the Hudson family and Horseshoe Bay, the secret of Nancy’s parentage is no more to Celia Hudson, who is ready and eager to tell her husband the truth. 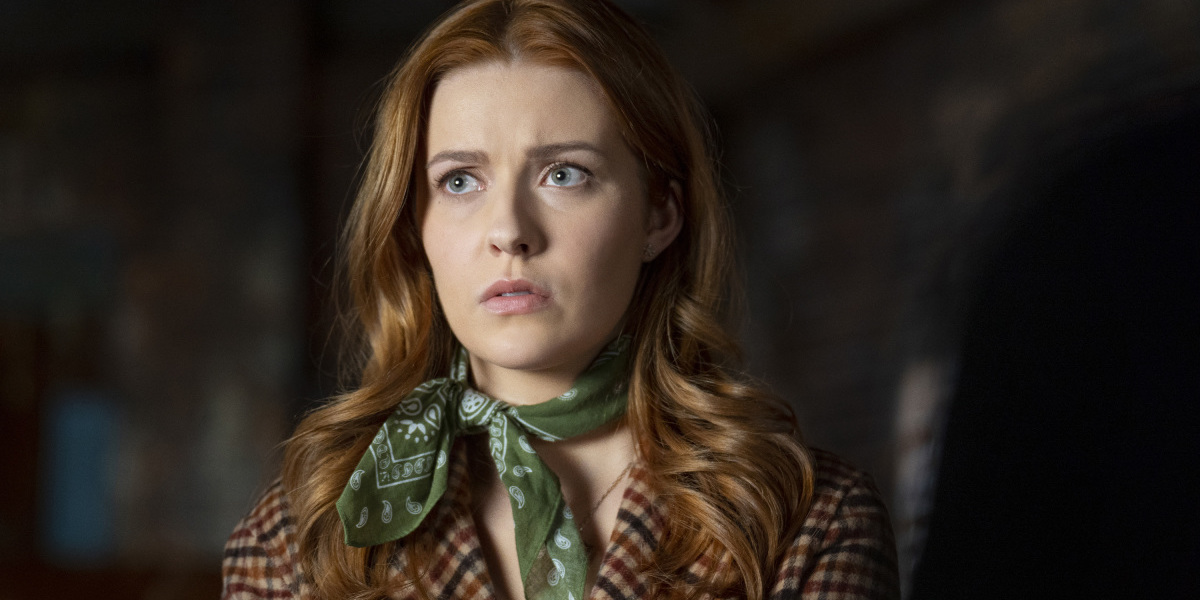 Nancy Drew season 2, episode 11, I’d say is one of the most interesting episodes of the season, and that’s all due to the Grimathorn. This was a unique take on a supernatural creature with an ending that was not predictable in the least: The more who believe, the less powerful the Grimathorn becomes.

Another interesting factor was the memory loss of our beloved Drew Crew. It was fun to see how they acted when they weren’t holding onto their past trauma, even amidst being hunted by an ancient god. I’d love to see these characters start to work through some of their trauma, so they’re able to have some fun. Things are a bit too dark in Horseshoe Bay right now.

Though it didn’t last too long, it was great to see Nick in the spotlight as the only one involved in the mystery from the beginning. Tunji Kasim had several great opportunities to showcase his talent (to which he succeeded), like when a memoryless Nick is told he once killed someone. Such a powerful moment that really reveals just how much that incident changed Nick.

I’m impressed with the episode, but am quite tired of all of the standalone mystery episodes. I want something big — something explosive — that shakes things up and lasts for multiple episodes, like Tiffany Hudson’s murder did. Or something like Lucy Sable again, about a decades-old unsolved mystery that digs into another side of Horseshoe Bay.

While the occasional standalone mystery works, as the show did during the first season, it’s not working for every episode. Let’s liven up this show again to hold the viewers’ interest, please. 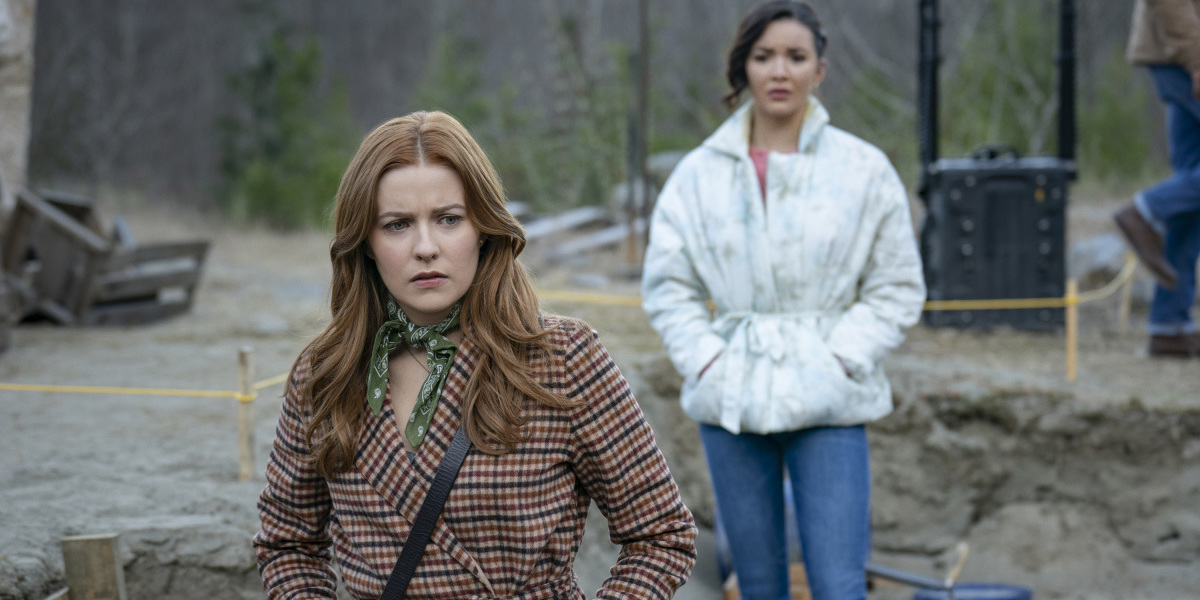 Poor Ace. Tracking down his brother in witness protection did not lead to what he expected, and that no less clear on Nancy Drew season 2, episode 11 when he finally discovers who his brother is. And to no one’s surprise, which is a very good thing and means the writers executed their plan and followed through, his brother is The Claw’s newest employee: Grant.

Before his brother arrived, Ace just had to question the integrity of his father. Now, he has to question his father’s integrity, if he can trust this brother he’s never met, and what this will mean for his parents’ relationship. It’s a lot to take in, and will clearly be at the forefront of his mind as Grant and his mother need Ace’s help on the next episode.

The theory has been out there that Ace is one of the Hardy brothers, which could potentially come true… albeit with a special twist. Most of all, I’m eager to see how this impacts Ace moving forward. He’s the most underdeveloped of the Drew Crew, but now he’s getting a chance to shine and we’ll see how he handles everything going on.

I hope this leads to some great content that develops Ace’s relationships with the members of the Drew Crew, too. 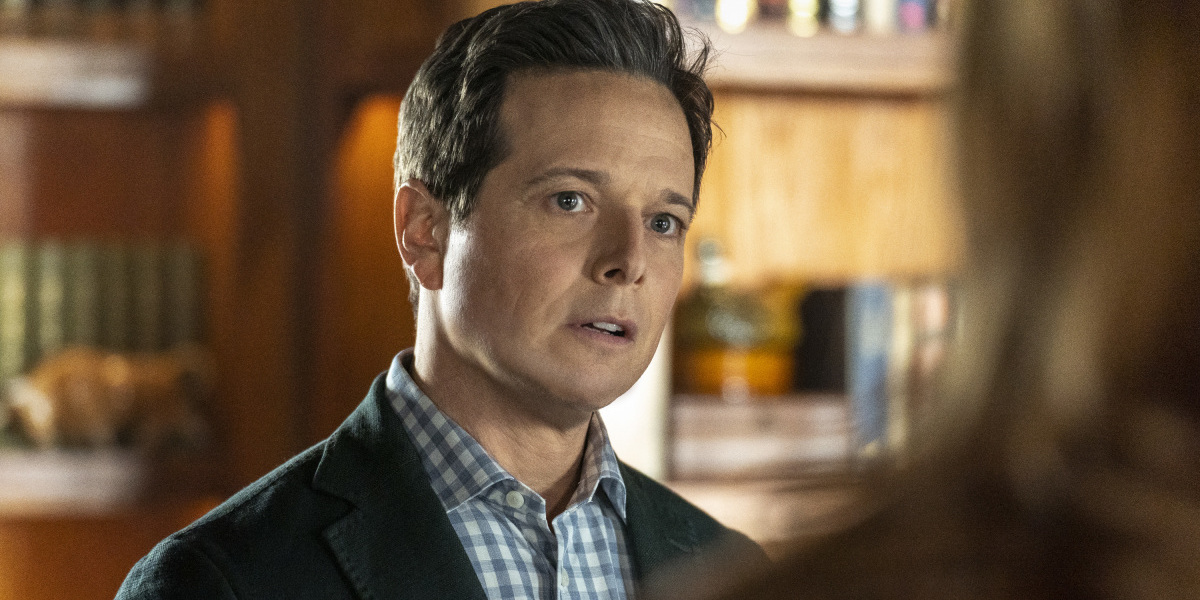 Now that Celia Hudson is aware that Nancy is her granddaughter, the stakes are high and Nancy’s life is at risk. I absolutely love the brilliance on Nancy Drew season 2, episode 11 of Nancy wiping Celia’s memory and building a bond with her. It was a unique and surprising chance to see a different side to Celia, and see what relationship she and Nancy may be able to have at some point in the future.

But, of course, Ryan is proving useless once again. His only job was to protect Nancy from all of this, yet he failed after, like, two episodes. Ryan is such a frustrating character. My hope is that, with this story focusing on his family and trying to take down the company, Ryan will exit the show in some capacity.

Ryan’s relationship with Nancy isn’t even interesting; Carson is the better father, and those two actors have more enticing chemistry that makes you root for their father/daughter relationship to succeed after such complications. At this point, all Ryan offers Nancy is trouble and it’s so tiresome, especially since he’s faced no consequences for his actions. (Like, say, sleeping with an underage George and manipulating her?)

Since nothing too terrible, like death, can really happen to Nancy Drew, the titular star, I’m not very invested in this story. This is more so going to impact Ryan, and I could not be bothered to care about him even for a millisecond. All I hope is Nancy finally escapes the reach of the Hudsons after this is over, as that family is a disease upon Horseshoe Bay. 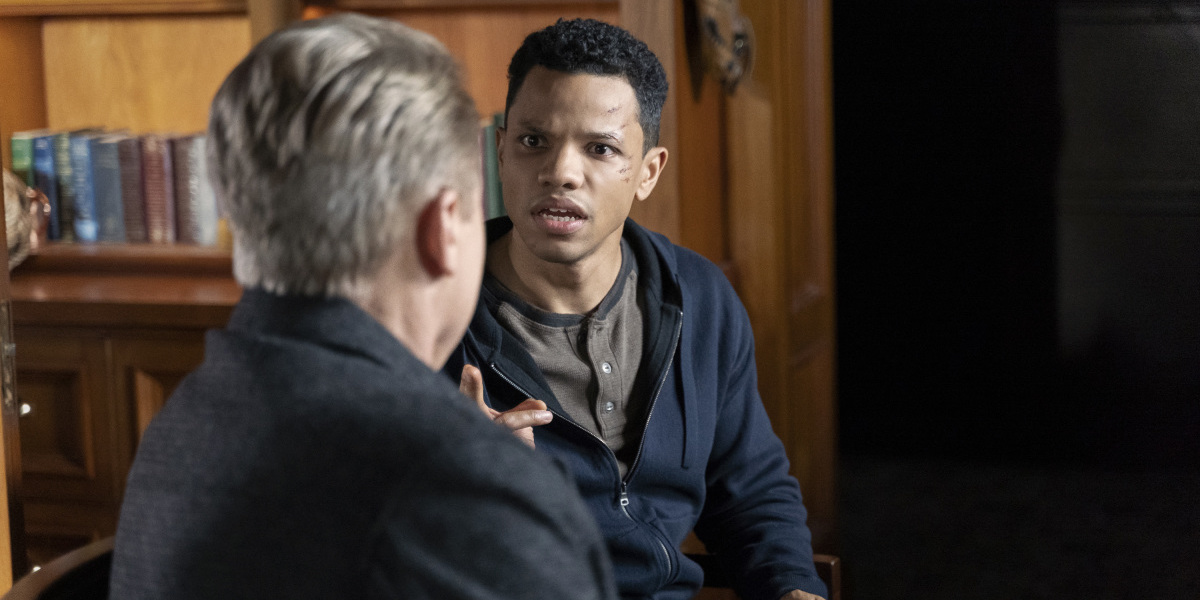 Romance was the weakest aspect of Nancy Drew season 1. The show shined because the mysteries were insightful, intriguing, and surprising, while the writers also made an effort to explore the friendships between the members of the Drew Crew. Season 2 feels like it has only focused on romance, especially since the Aglaeca story ended, and it’s dragging everything down.

Even Nancy Drew season 2, episode 11, which seemed to be focused primarily on Nick, ended up focusing so much on Nick and George’s relationship. Thankfully, it at least ended with Nick making a personal discovery about his trauma and how he lives his life… but, again, that was just the build-up to Nick and George moving in together.

It’s tired, this relationship is tired, and I am begging the writers to let Nick and George have stories of their own (or even just let them go a minute without mentioning they are dating).

Additionally, I know the scene after the entire group loses their memories and Ace hits on Bess was supposed to be comedic, but it just felt… gross. We’ve come so far from the pilot where Ace continuously made it known he had feelings for Bess to them becoming best friends AKA “platanchors”… and that now feels off.

We didn’t need to see Ace try to hit on Bess again and make us question whether Ace still has those feelings for the show’s only gay woman. Regardless of how you interpreted that scene, it was completely unnecessary, as was Bess having to “remind” herself that she’s gay on her descriptor card. No one else needed “straight” written on their cards. If they can remember how to walk, talk, and understand ASL, pretty sure they can remember their sexual orientation.

Such a poor choice in the name of forced comedy. Very disappointed in the writers over this, particularly because of how they haven’t done right by Bess’ romantic life (or what little still exists of it) in this slightest this season.