We use cookies to ensure that we give you the best experience on Hypable. If you continue to visit us, we will assume that you are happy with it.
11:30 am EDT, April 3, 2021

On Nancy Drew season 2, episode 10, a new mystery leads Nancy to a wedding dress filled with the desire of every previous wearer. When she attempts to destroy it, suddenly there’s nothing else on her mind.

There’s always something strange going on in Horseshoe Bay. For instance, on Nancy Drew season 2, episode 10, a woman in a wedding dress bashes her head through a window for a bouquet of flowers in the middle of the night. Just another normal day and mystery to solve.

Truly, Nancy Drew season 2, episode 10 is… something else. It’s definitely a different kind of episode than the show usually produces, which is a good thing in many ways (particularly how it showcases the talents of star Kennedy McMann). However, I did have my issues with the episode as a whole. 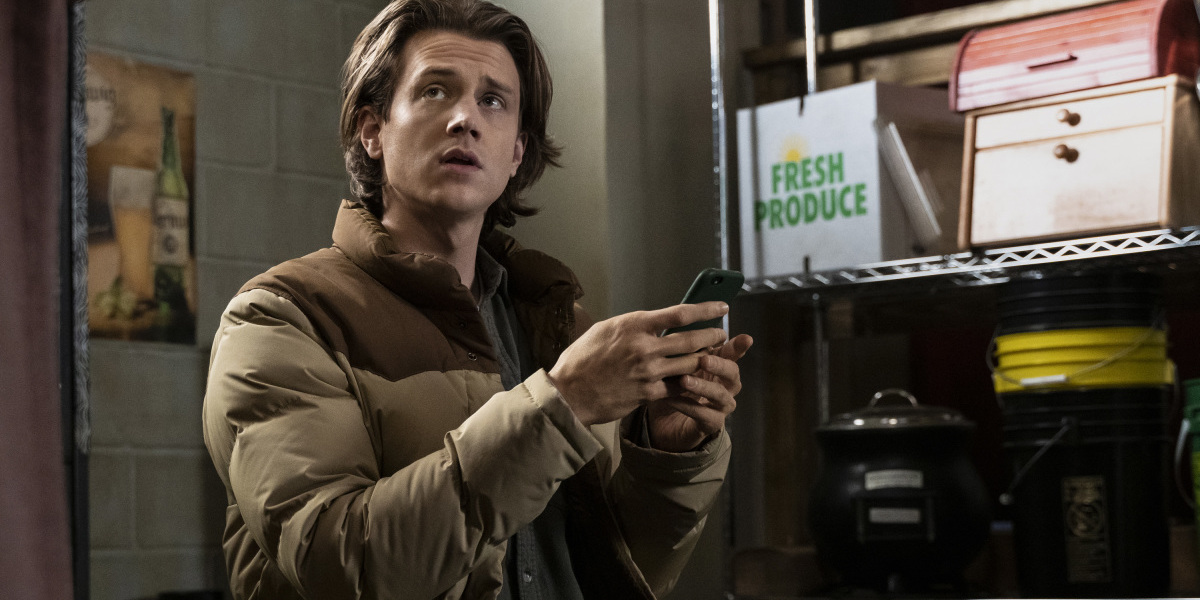 There’s certainly a lot going on during Nancy Drew season 2, episode 10. From the mystery of the gown and its current inhabitant to Ace’s long lost brother becoming more of a character, it’s clear there’s quite a bit for the series to explore during the back half of season 2.

I’m still missing something to tie every episode together outside of romantic pairings, as we saw in season 1. The series has stepped up their focus on the supernatural this season, which is a little disappointing.

However, I’m rather impressed by this episode overall, specifically due to Nancy’s arc. The writers delivered an incredibly important message that is not often addressed on television, so it’s wonderfully refreshing to see the normalization of the sexuality and desire of women get the spotlight.

Though whatever is going on with Odette and Bess is rather unsettling and leaving a bitter taste behind. I’m not yet a fan of where this story is headed, no doubt in part to how it is being done at the expense of some of the series’ most loyal fans. 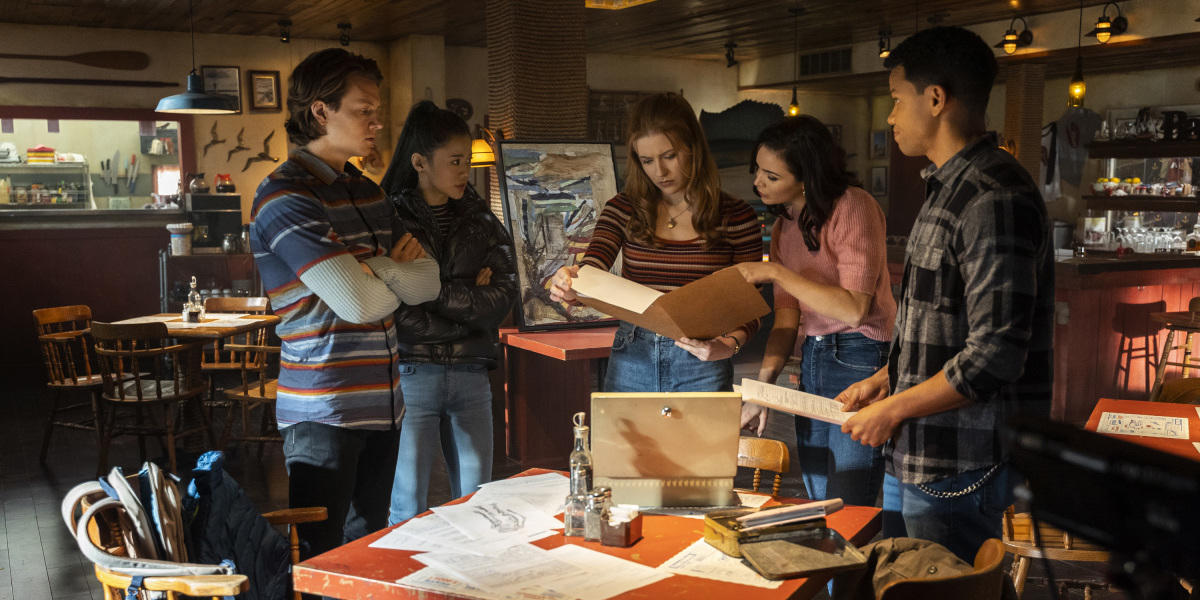 Nancy Drew season 2, episode 10 is an exciting episode for Nancy, giving Kennedy McMann the chance to showcase her incredible talent, yet again proving they stumbled onto someone amazing when they cast her as the titular heroine. Not many could pull off this comedic turn of events as well as she did, especially not while still conveying Nancy’s internal struggle over being “allowed” to feel her desire.

Nancy’s struggle is surely relatable to many, no doubt inspired by personal stories from the women in the writers’ room. It’s disappointing and despicable that Nancy’s many accomplishments aren’t considered as important as having a “clean” online record. (By the way, how is Nancy potentially having a bikini photo online more disqualifying than her, you know, being arrested and sentenced to 500 hours of community service?)

I’m not a huge fan of the romance on Nancy Drew, but it’s nice to see Nancy being allowed to explore her desire. Nancy is often the only one left out of romantic arcs, so she doesn’t often have moments to explore how she feels personally.

From the end of the episode, it’s clear that Nancy has feelings for Gil, for sure. I mean, that kiss was revealing, but what does she feel for the other men she found herself attracted to in her state of… excitement?

Something lingers between Nancy and Detective Tamura, and it seems probable that she has some undiscussed and forgotten feelings for Ace and Nick, respectively. In my opinion, the lust only enhanced feelings for these men that were already there, giving Nancy plenty of material for a prosperous romantic future in Horseshoe Bay. 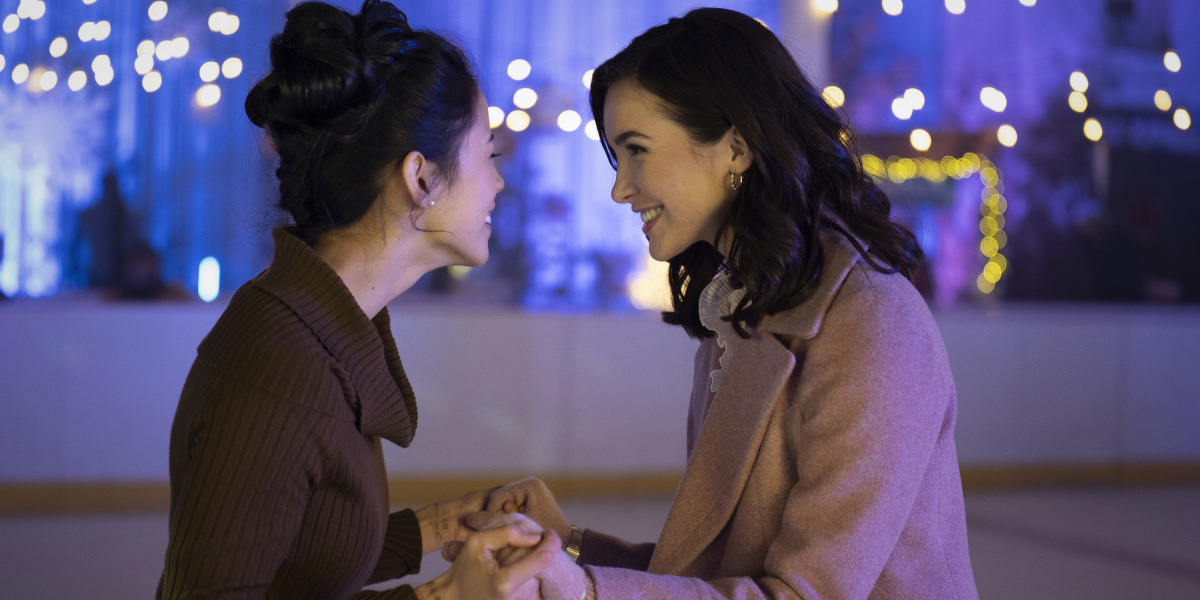 My biggest gripe with Nancy Drew season 2, episode 10 would definitely have to be the mess of Bess and Odette. First of all, it feels incredibly deceitful (not at the fault of the writers) that, like, half of the episode’s promotional photos were of Odette and Bess ice skating… only for that entire sequence to last maybe a minute, max.

It definitely feels like the network (and, to an extent, the writers) taking advantage of the fans who have passionately spoken up about their hopes for George and Bess to become more than friends at some point. If you’re not going to go there, then don’t.

Don’t do it halfway. Don’t tease fans by having Bess have a relationship with a spirit that is currently taking up residence in George’s body. Throwing in that line about Bess knowing she’s looking at George but it’s not what she sees when she’s interacting with Odette is a clear sign they’ll never really go there, so let’s just put a stop to this now.

If we can find a way to get Odette her own body (where consent isn’t an issue), I’d be all for seeing this Bess and Odette thing explored. It’s such a unique, intriguing pairing that could offer so much potential… the problem is, as I said above, how it’s being done right now. 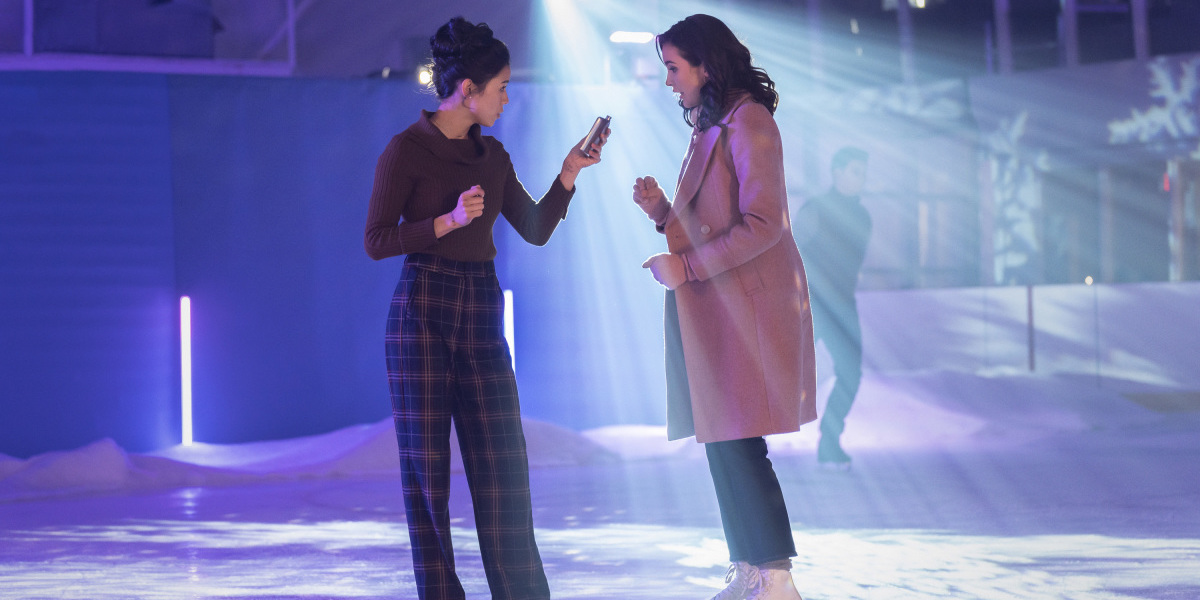 As for George, Odette’s presence seems to be challenging her in a new way on Nancy Drew season 2, episode 10. Waking up with a hangover on her mother’s reserved bench at the HBPD station gave us an interesting inside view of just how careful George is about how she conducts herself in public. She’s determined to defeat the preconceived notions of who she is because of how her mother behaves, which is very brave and also very sad.

Every time we learn something new, like this, about George, it becomes more and more clear about just how traumatized she is by her childhood and having to grow up so early to take care of her mother and sisters.

Now, with Odette, these insecurities are coming back to the forefront of George’s mind because, for the first time, she’s not in control of what her body is doing at all times. This is an unexpected consequence of this possession that I am actually loving, as it’s giving George a chance to reckon with her past and clearly changing her.

After Odette’s possession is eventually over, I could really see George loosening up a bit and not being so concerned with what others think, which would be more than enough to make this story worth the time put into it. 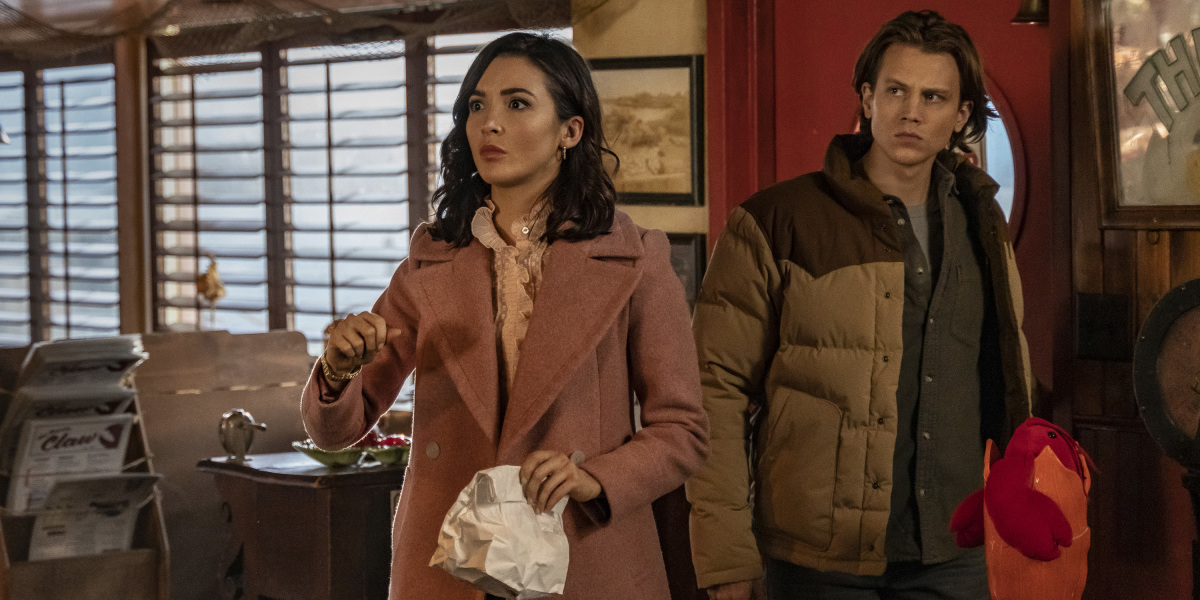 Ace’s story with his brother isn’t exactly progressing as expected on Nancy Drew season 2, episode 10. Given they were supposed to meet and instead he just left a torn photo of their father, it seems like this man has some issues that are going to need to be worked out. I wonder if the tension is just with their father or if these feelings are directed at Ace as well.

I would love to see Bess get a love interest that is played by a new woman on the show because I’m missing Lisbeth and their connection that was dropped so unexpectedly and suddenly at the beginning of the season. (And because there are so many men and heterosexual relationships on Nancy Drew now.)

As for the Ryan stuff, it’s concerning that Celia Hudson now knows that Nancy is her granddaughter. At least the information didn’t come out publicly (at least not yet), but it’s going to pose an interesting dilemma for both Nancy and Ryan.

Nancy is now going to be brought in further into the family that she wants nothing to do with, while Ryan is going to be concerned with how to protect Nancy for the villainy of his parents. This also blows a big hole into Nick and Ryan’s plan to take down the Hudsons, so I wonder how this will impact Nick as well in future episodes.

Ending on this exciting and consequential twist makes me eager for the next episode, but of course there’s hell ahead for Nancy once again. Can the girl get a break?

WB and DC Films are backtracking on their decision to green light New Gods and Aquaman spinoff, The Trench.

The upcoming Catherine Called Birdy adaptation has added Joe Alwyn and Dean-Charles Chapman to its cast.