In my last article, I talked about why Prim NEEDED to die to complete some of the overall themes of the story. I mentioned that a lot of people who don’t like Mockingjay don’t understand that point.

Yet another problem people have with the Mockingjay is that there is all this build-up toward killing Snow and having Katniss do it, and we never get that payoff. Katniss kills Coin instead. It’s obvious why she needed to kill Coin on a plot level, but it was important it happened on a thematic level, too.

In Mockingjay chapter twenty six Katniss killed Coin instead of President Snow. Below is that passage from the book:

Was it like this then? Seventy-five years or so ago? Did a group of people sit around and cast their votes on initiating the Hunger Games? Was there dissent? Did someone make a case for mercy that was beaten down by the calls for the deaths of the districts’ children? The scent of Snow’s rose curls up into my nose, down into my throat, squeezing it tight with despair. All those people I loved, dead, and we are discussing the next Hunger Games in an attempt to avoid wasting life. Nothing has changed. Nothing will ever change now.

I weigh my options carefully, think everything through. Keeping my eyes on the rose, I say, “I vote yes…for Prim.”

A furious Peeta hammers Haymitch with the atrocity he could become party to, but I can feel Haymitch watching me. This is the moment, then. When we find out exactly just how alike we are, and how much he truly understands me.

“I’m with the Mockingjay,” he says.

“Excellent. That carries the vote,” says Coin. “Now we really must take our places for the execution.”

As she passes me, I hold up the glass with the rose. “Can you see that Snow’s wearing this? Just over his heart?”

Coin smiles. “Of course. And I’ll make sure he knows about the Games.”

People sweep into the room, surround me. The last touch of powder, the instructions from Plutarch as I’m guided to the front doors of the mansion. The City Circle runs over, spills people down the side streets. The others take their places outside. Guards. Officials. Rebel leaders. Victors. I hear the cheers that indicate Coin has appeared on the balcony. Then Effie taps my shoulder, and I step out into the cold winter sunlight. Walk to my position, accompanied by the deafening roar of the crowd. As directed, I turn so they see me in profile, and wait. When they march Snow out the door, the audience goes insane. They secure his hands behind a post, which is unnecessary. He’s not going anywhere. There’s nowhere to go. This is not the roomy stage before the Training Center but the narrow terrace in front of the president’s mansion. No wonder no one bothered to have me practice. He’s ten yards away.

I feel the bow purring in my hand. Reach back and grasp the arrow. Position it, aim at the rose, but watch his face. He coughs and a bloody dribble runs down his chin. His tongue flicks over his puffy lips. I search his eyes for the slightest sign of anything, fear, remorse, anger. But there’s only the same look of amusement that ended our last conversation. It’s as if he’s speaking the words again. “Oh, my dear Miss Everdeen. I thought we had agreed not to lie to each other.”

The point of my arrow shifts upward. I release the string. And President Coin collapses over the side of the balcony and plunges to the ground. Dead. 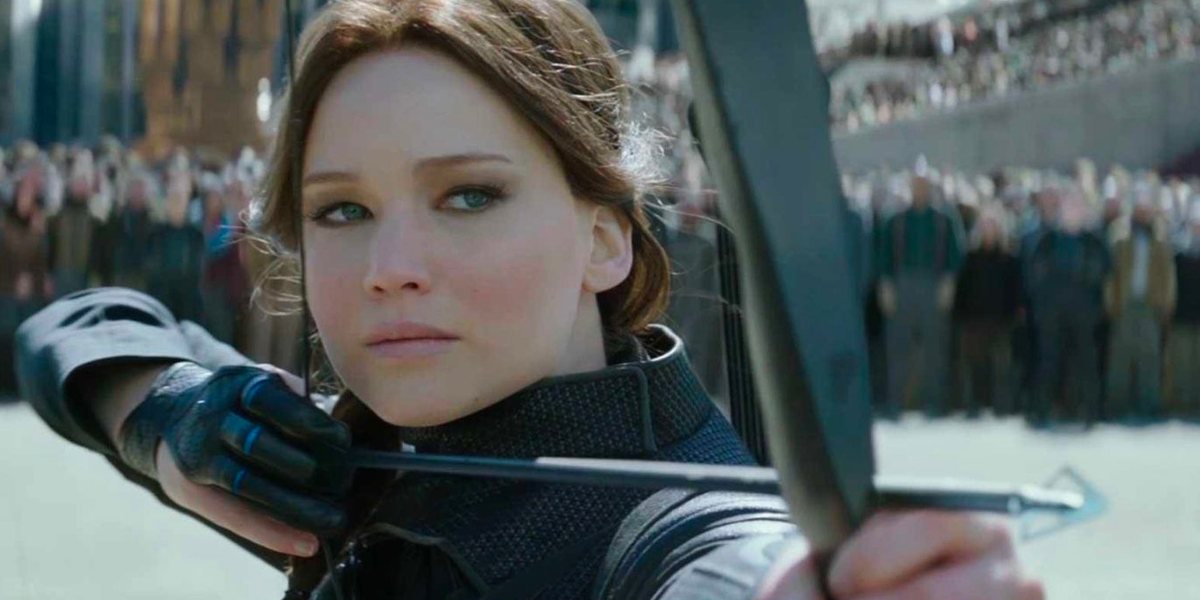 The Hunger Games has never been a good guy vs. bad guy story — just look at the first installment. Katniss isn’t pitted against other villains. She’s pitted against other youth who are also victims of their society. Katniss’ real enemy is the wicked appetites of human nature. The Hunger Games has always been a story about the good of human nature and even more so, the wickedness of it. It’s about the human condition.

And just as Katniss becomes the face of the rebellion, Snow becomes the face of the wickedness in Panem. Snow embodies everything in the books that’s evil, especially as the series continues. I find it interesting how much he gets made into the villain when in reality, he’s just one person, a face. After all, he wasn’t the one who started The Hunger Games. He wasn’t the one who established the Panem government. He’s evil, yes, but more than that, he represents evil.

As the series goes on, we become focused on Snow. But remember who the real enemy is. It’s not Snow himself; it’s the evil, bloodthirsty side of the human condition.

By Katniss killing Coin instead of shooting Snow, it shows again that Katiniss’ enemy isn’t with a person, it’s with the natural man. That’s why it was so important to show that Coin was as bad as Snow — because the enemy isn’t a person, it’s a nature. 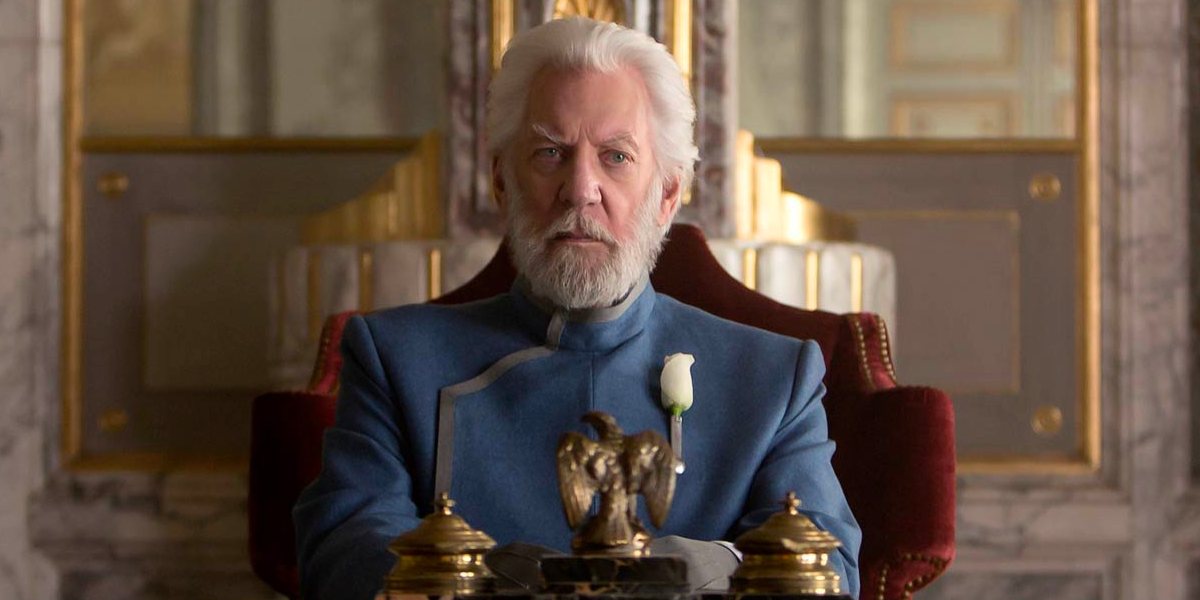 Of course, Snow isn’t the only one who believes in having The Hunger Games. If he was really the only person, then Panem wouldn’t be set up the way it is. The Hunger Games wouldn’t have been able to exist because there wouldn’t have been an audience, a whole organization, for it. The truth is, all humans have a dark appetite of the flesh (but it’s our choices that develop or hinder that appetite). As it was from book one, Katniss’ battle is against that part of the human condition, which Coin isn’t immune to.

By Katniss killing Coin, she’s symbolically killing that human condition, perhaps much more so than if she had just killed Snow. But the problem is, like Katniss and many others, we had become focused on Snow. Many of the characters seemed to think he was the be-all end-all of wickedness, but Collins shows that it’s bigger than him. It’s human nature.

While Katniss killing the human condition comes with a high cost (her sister), we still see that although Prim, who represented everything that was good in the human condition, died, goodness and innocence and purity is able to be reborn (figuratively and literally). 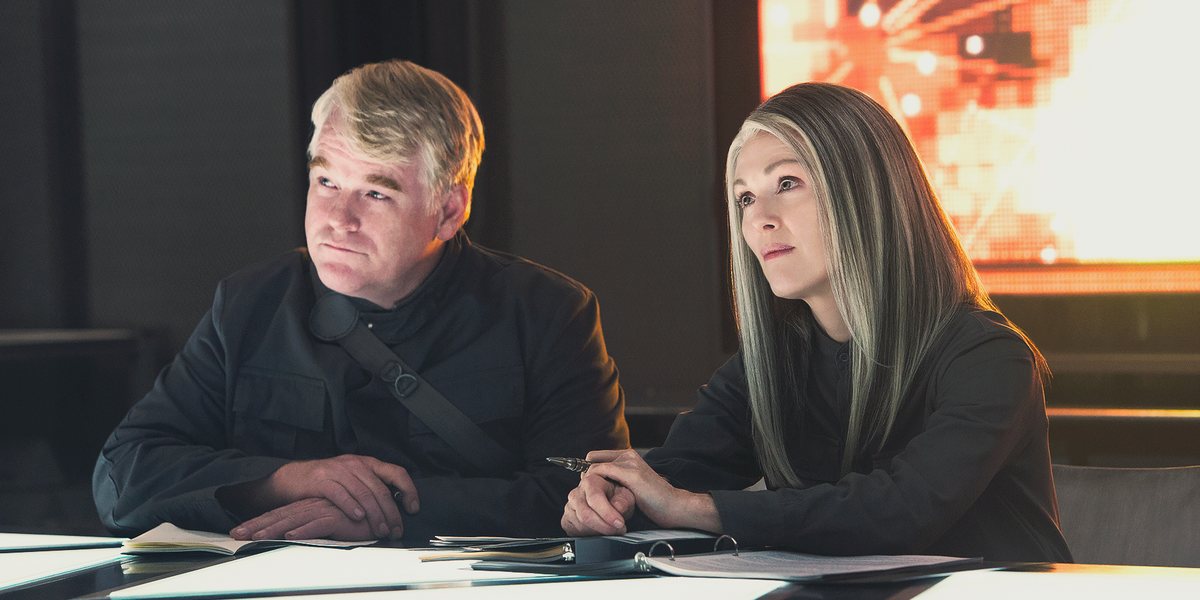 In the epilogue, Katniss remarks that the way she gets through the horrors she is haunted with is by making a list of every good thing she’s seen someone do — the good side of human nature. It’s the good that helps her cope. It’s not immediate, but in the grand scheme of things and the worldly truths of the story, in the very end, the good side of the human condition does triumph, even if the person who represented all that was good died in the process. (See, this story doesn’t end as depressingly as everyone makes it sound. It’s just that a better future comes with a high cost, and leaves painful scars.)

Peeta says it will be okay. We have each other. And the book. We can make them understand in a way that will make them braver. But one day I’ll have to explain about my nightmares. Why they came. Why they won’t ever really go away.

I’ll tell them how I survive it. I’ll tell them that on bad mornings, it feels impossible to take pleasure in anything because I’m afraid it could be taken away. That’s when I make a list in my head of every act of goodness I’ve seen someone do. It’s like a game. Repetitive. Even a little tedious after more than twenty years.

But there are much worse games to play.

I especially like in the movie version (it’s slightly different in the book version), how one of the first scenes is of Katniss discussing she’ll never have kids, implying it’s because of the evil society she lives in, and the last scene shows her with children, who are innocent, pure, and everything good. It testifies of a better world, one where she doesn’t have to worry about them starving or dying. One where the good nature of humankind is stronger.