If Netflix’s 2018 iteration of He-Man’s sister, She-Ra and the Princesses of Power, wasn’t quite what you were expecting, there’s bound to be something of interest in Masters of the Universe: Revelation.

While She-Ra undoubtedly appeals to a new generation looking for something different from their cartoons, Revelation feels like it’s only half a step removed from its source material.

With animation that better reflects the original, this series is bound to be a hit with those who grew up on the series, though be warned: There are some surprising twists along the way.

Even if you never watched He-Man and the Masters of the Universe (or can only remember He-Man and Skeletor’s epic rivalry), there’s a lot to love with Revelation. You may even find yourself wanting to go back to the original.

‘Masters of the Universe: Revelation’ review 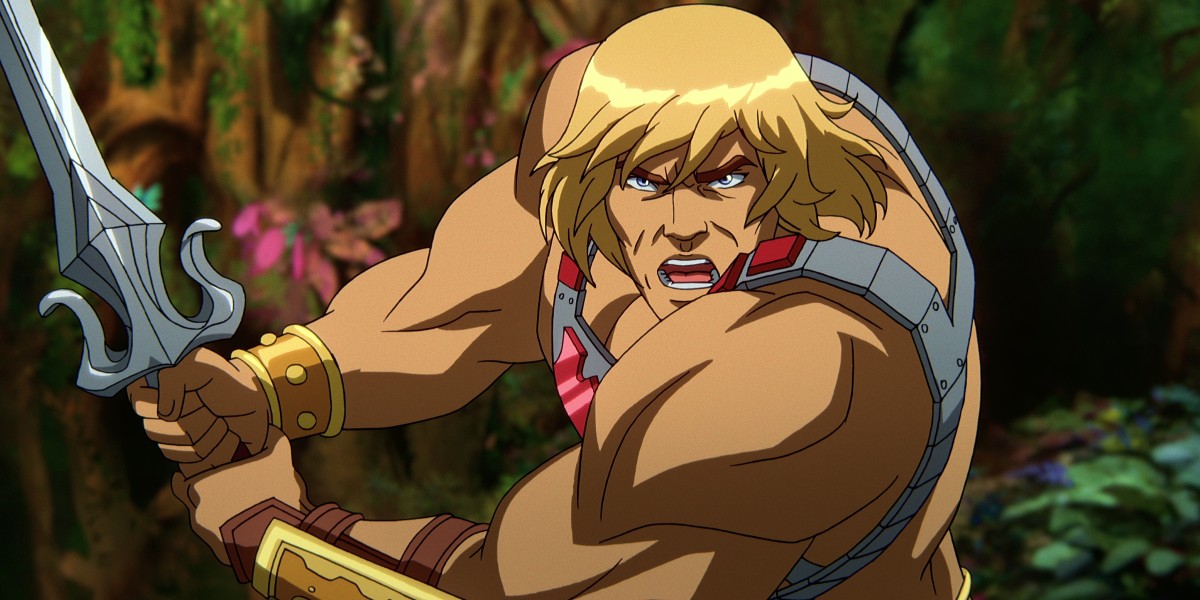 But if you’re here as a casual viewer because you like cartoons or Kevin Smith or Princesses of Power, then you’ll likely get a lot more out of this article.

When the new She-Ra show landed on Netflix, I knew it would be my kind of cartoon. The animation was pretty different from the original, but it felt geared toward kids today. I heard a lot of complaints from trolls on the internet disappointed that Adora didn’t look as scantily-clad or voluptuous, but the change felt appropriate given the story they wanted to tell.

With Revelation, the animation was intended to fall much closer to the ’80s show. It got a bit of a face lift, but the changes are much more subtle than they were in Princesses of Power. I’m sure a lot of original fans will appreciate the nod to the source material.

Part One consists of just five episodes, but it’s more than enough to introduce (or re-introduce) the cast of characters we’ll be cheering for or against throughout the series. He-Man, Battle Cat, Skeletor, Teela, Man-At-Arms, Evil-Lyn, Orko, and even Beast Man are much of who they once were, and I can’t imagine die-hard fans who give the series a chance will find much to complain about.

You can tell Kevin Smith and his team walked into this property with a lot of love for its origins, as well as a desire to bring something fresh and new to the table. And, in my humble opinion, they did that better with each and every episode. 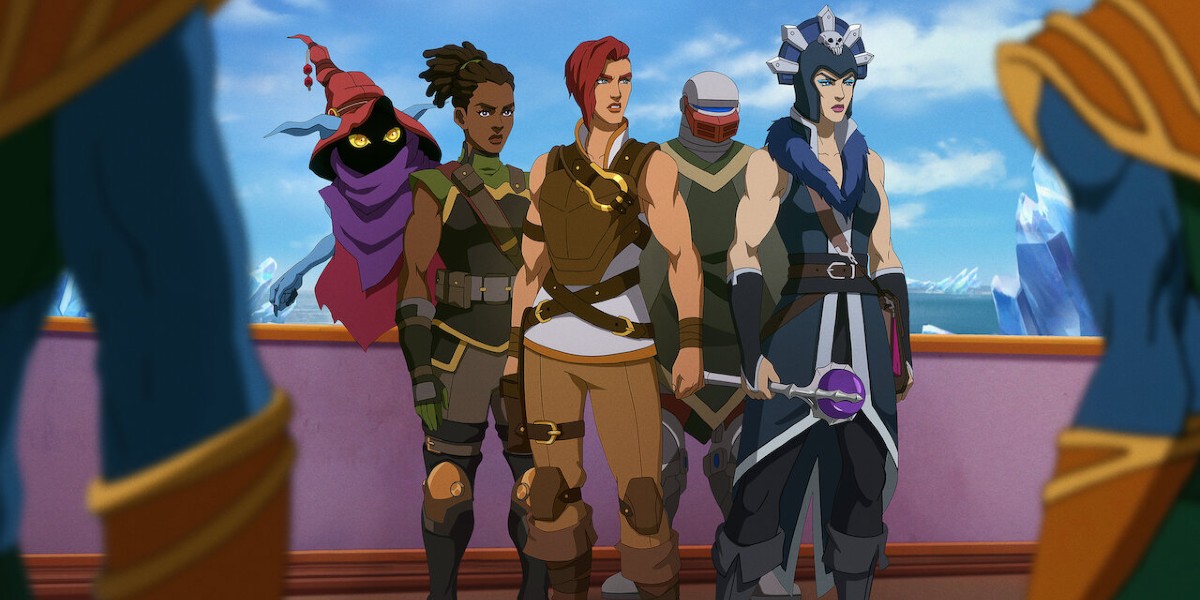 The first episode of Masters of the Universe: Revelation brought to mind everything I remembered from the original show—He-Man’s righteousness, Skeletor’s cheesiness, and their epic battles that saw Eternia’s enemies defeated every week.

And, I’m sorry to say, I wasn’t looking forward to the next four episodes. But I sit here humbled by Kevin Smith’s vision because episode 2 blew me out of the water, as did every episode that followed.

First and foremost, Masters of the Universe: Revelation puts Teela at the forefront of the show. While Adam/He-Man are certainly never forgotten, everyone’s favorite Captain of the Royal Guard gets to share in the spotlight like never before. At times, the series feels more like her show than his, and you won’t find a single complaint about that in this Masters of the Universe: Revelation review.

And as much as the animation feels like a call-back to the ’80s, Teela gets a huge makeover. She’s no longer slender with a traditional comic book figure. She’s absolutely jacked, from top to bottom, with her hair cropped short and shaved on one side.

I’m not sure how the die-hards will react to her new look, but I can undoubtedly say Teela is my favorite character on the new show. She represents what a Captain of the Royal Guard would look like, regardless of gender, and she walks around with a chip on her shoulder, making her a much more dynamic and interesting character.

And Teela’s not the only one who feels different. Evil-Lyn has several moments throughout Part One that make her a much more three-dimensional character. We see through the mask she wears when she’s with Skeletor, but she also never loses that edge we’ve come to expect.

Even Skeletor has a few tricks up his sleeve, and by the end of Masters of the Universe: Revelation Part One, you’ll be dying to get your hands on Part Two. The writers have certainly set up an interesting initial arc for the show, and I, for one, can’t wait to see how it all plays out. 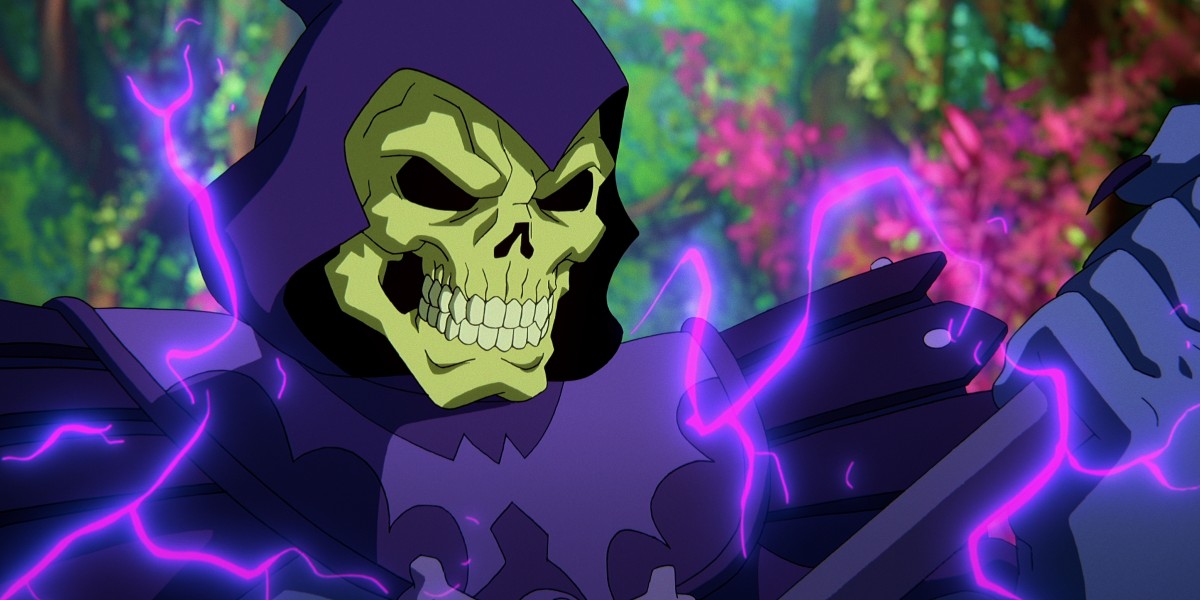 I can’t leave this Masters of the Universe: Revelation review without congratulating each and every member of the cast on their excellent performance. Chris Wood as Prince Adam/He-Man brings a little bit of innocence and naivete to the role. He’s sweet and righteous without being annoying or heavy handed.

Then, of course, there’s Mark Hamill as Skeletor. If he was born to play the Joker, then he was also born to play He-Man’s arch nemesis. The voice, the laugh, the terrible jokes—it’s all here, and it all sounds absolutely perfect. You can tell Hamill had the time of his life during his sessions.

Sarah Michelle Gellar as Teela is a revelation in and of itself. I have a hard time separating the voice from the face, but when you look at Teela, you see a little bit of Buffy in her. Strong women have defined Gellar’s career, and Teela is no exception. The actress brings a hint of sensitivity to the character while allowing her to be the warrior she was always meant to be.

Stephen Root as Cringer and Griffin Newman as Orko offer exactly what we expect from such iconic characters, and this is where we’re glad there are no major deviations to worry about.

What I always find exciting are the guest appearances outside the main cast. Keep your ears open for Kevin Conroy as Mer-Man, Jason Mewes as Stinkor, Alicia Silverstone as Queen Marlena, Justin Long as Roboto, and Harley Quinn Smith as Illena.

At the end of the day, the cast and creators have come together to provide us with a television show that somehow feels like the original but has been updated for a new generation. It’s obvious Kevin Smith has a clear vision of the road ahead, and I am undoubtedly along for the ride.

What did you think of ‘Masters of the Universe: Revelation’?