I’m actually shocked that Disney/Pixar isn’t sending this latest animated movie to theaters. Prior to seeing it, I considered it just a kind move from a studio chock full of big movies in 2021, but now that I’ve seen Luca, I honestly can’t believe they aren’t banking on major ticket sales from this one.

Because I’m of the firm belief that, yes, Luca would have cleaned up at the box office this summer. I don’t know why, but I get How to Train Your Dragon vibes from it. It’s a little-engine-that-could kind of movie, and, while I’m super grateful to be able to watch it as many times as I’d like from the comfort of my own home, I wish I could spend my money at the box office to prove my affection.

But, I digress. Let’s get back to what really matters in this Luca movie review.

Luca is the perfect summer adventure movie to share with the whole family. Generations can definitely enjoy this story together, watching fast friends test the limits of summer, fun, and just…life. The antics, the characters, the jokes, it all hits so well.

I’m excited to tell you more about Luca in this movie review, especially because I was so surprised by how quickly I fell in love with this charming little flick. I mean, I was on board at the first mention of sea monsters, but once I realized that was just the icing on the plot cake, I was beyond hooked. 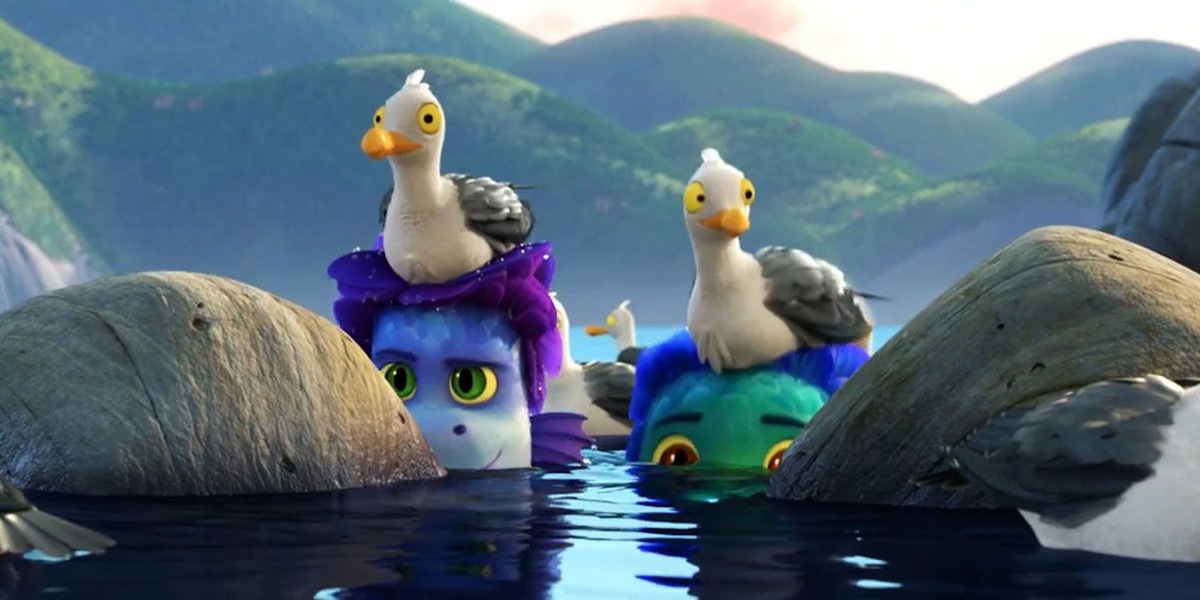 You see, this movie isn’t really about sea monsters. It’s about friendships, secrets, trust, understanding, love, and a million more things. The sea monster angle is just a way to talk about differences. Luca and his instant best friend Alberto have their sea monster-ness in common and it helps them form a thick and unyielding bond.

They then meet someone who feels their outsider-ness without the sea monster thing, Giulia, and they bond with her, too. Then, the secret between them and Giulia becomes a barrier they must overcome. I won’t give away another second of this story because it is really beautiful to see unfold on screen, but just know that it’s as funny as it is touching, and as important as it is irreverent.

These allegorical stories are a powerful tool when discussing real world differences with children. I think that is especially true when it comes to Luca because, in this particular story, being a sea monster doesn’t have any serious positive or negative traits about it. It is simply how Luca came into the world.

His family doesn’t want him going to the surface in fear for his safety, because there have been bad experiences in the past when humans from the town and sea monsters from the water have interacted. 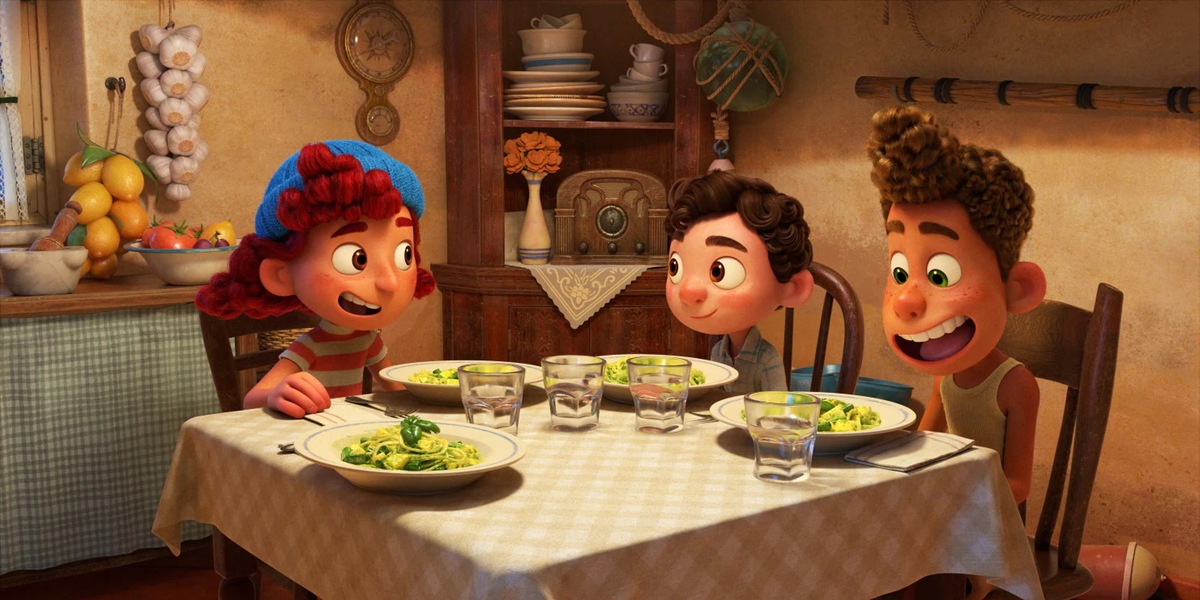 And while the town appears to hate sea monsters, they also, clearly, haven’t had that belief tested in a long time. The legend of sea monsters and how they affect the residents of this town is mostly based in tradition and old stories. It isn’t until the town is faced with their own prejudice that we learn what is truly in their hearts.

And as I’ve already said, this is a heart-warming story. It will leave you feeling better about the world and hopeful for the children who grow up with stories like this one in their hearts.

Luca celebrates friendship in its purest form. There is nothing more precious than childhood bonds, as they tend to be the most untainted of relationships in our lifetimes. As children, we don’t have preconceived notions about people, and we don’t see the hardness surrounding us just yet. Childhood can be a joyful time of acceptance and understanding, far from the fears and prejudices of adulthood. Not every child gets this joyful time of innocence, but they all should.

And I love that Disney and Pixar have found a way to celebrate that very special time in all our lives. 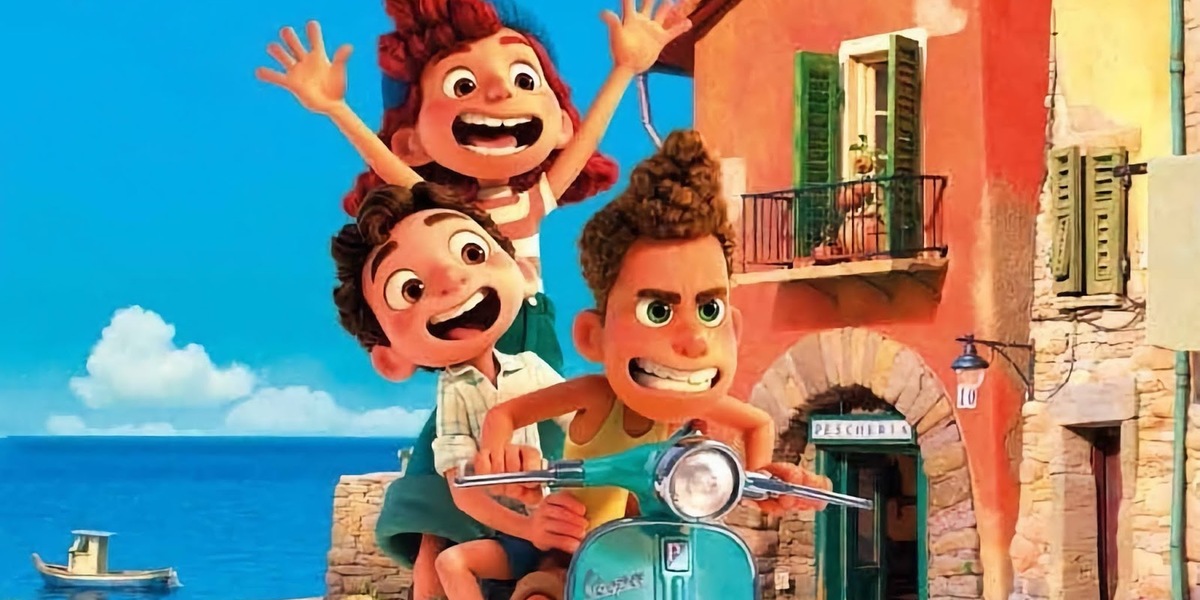 So, plan an elaborate movie night with the whole family to see Luca. Watch it at any or all of your summer family get-togethers and celebrations. Talk to the kids in your family about their favorite parts, and ask them which characters they loved the most. Then ask them why.

It’s in this space of whys and hows that we can talk about complicated issues with the kids in our lives. We can discuss why this movie is such a great example of friendship, and why we all hope to find friends as loyal as Giulia and Alberto. That is where allegories like the one at the heart of Luca are most magical. They allow us to talk about serious and important issues without having to scare children with the harsh realities of the world around them. At least not yet.

Enjoy the hell out of Luca, and do so again and again, thanks to Disney+.

If I say nothing else in this Luca movie review, I hope you walk away knowing that I adore this movie for absolutely everything it is. Its silliness, its adventure, its fantastical nature, and most importantly, its heart. That’s really what it’s all about.

by Nasim Mansuri
by Kendra Cleary