We use cookies to ensure that we give you the best experience on Hypable. If you continue to visit us, we will assume that you are happy with it.
3:00 pm EDT, October 30, 2019

‘Looking for Alaska’ episode 4: Is it possible to hold hands more weirdly?

We draw Looking for Alaska episode 4 book-to-show parallels and attempt to launch the #HandHoldingChallenge because this cannot go unnoticed.

Let’s dive right into Looking for Alaska episode 4, an episode where hearts are broken all around, and Miles goes through a rite of passage he wished would end differently. 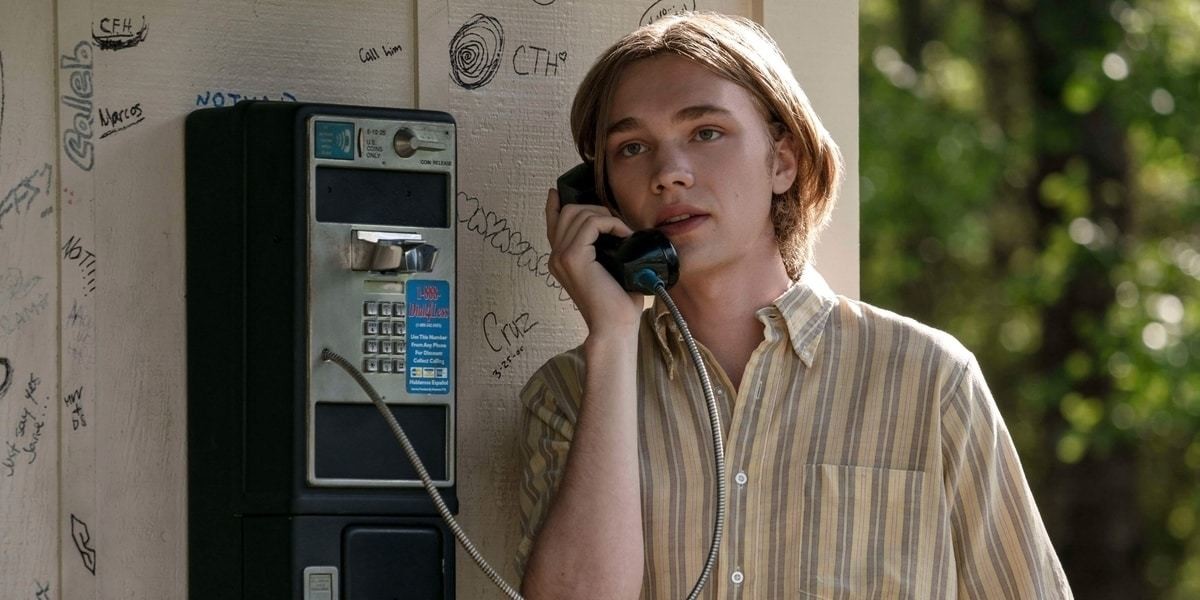 Friends with a rat (not the chef kind)

No one in the school will talk to her, except Miles. And maybe Lara. Lara joins Miles as he’s trying to scratch off the spray-paint, showing just how kindhearted she is, especially after what happened (and it’s implied that episode 3 wasn’t the night before, but a while back).

Miles actually puts together a pretty good, sincere, non-self-centered apology. Certain celebrities should study his apology to get tips. Lara accepts it, although it’s clear that he’ll have to work a little harder to win her back, which is more than fair.

Alaska, meanwhile, watches them from a distance. Is she happy for Miles? Or is she jealous of the attention?

One may infer an answer from the scene that follows: Alaska waking Miles up in his own bedroom, playing his games, and inviting him to stay on campus with her for Thanksgiving. Alone. Adventuring. She has a list of activities!

Would Miles get the chance to become as jaded as they seem, were things in the story to turn out differently?

“This is what Alaska does. What Pudge does… is still left to be determined.”

And isn’t that an excellent summary of the plot of Looking for Alaska as a whole?

But despite the Colonel’s attempts to wean Miles off the Alaska drug — and Miles’ own insistence that there’s no way he’s staying for Thanksgiving! — a single phone call from Jake tells Miles that the window is open (any HIMYM fans out there?)! And off he goes to call his parents and CANCEL ON THEM. (Oh, in this version of Looking for Alaska, Miles does love cranberry sauce. He even likes golden raisins in it!)

This decision, and Miles’ subsequent weak-ass explanation of why he did it, prompts yet another excellent Colonel quote:

“I’ve been doing a little back-of-the-napkin calculations in the back of my head, and I’ve determined that you’re full of shit.”

Miles may not be a rat, but to the Colonel, he’s the next-worse-thing. And Takumi just resigns himself to the fact that Thanksgiving With Alaska is now a rite of passage. 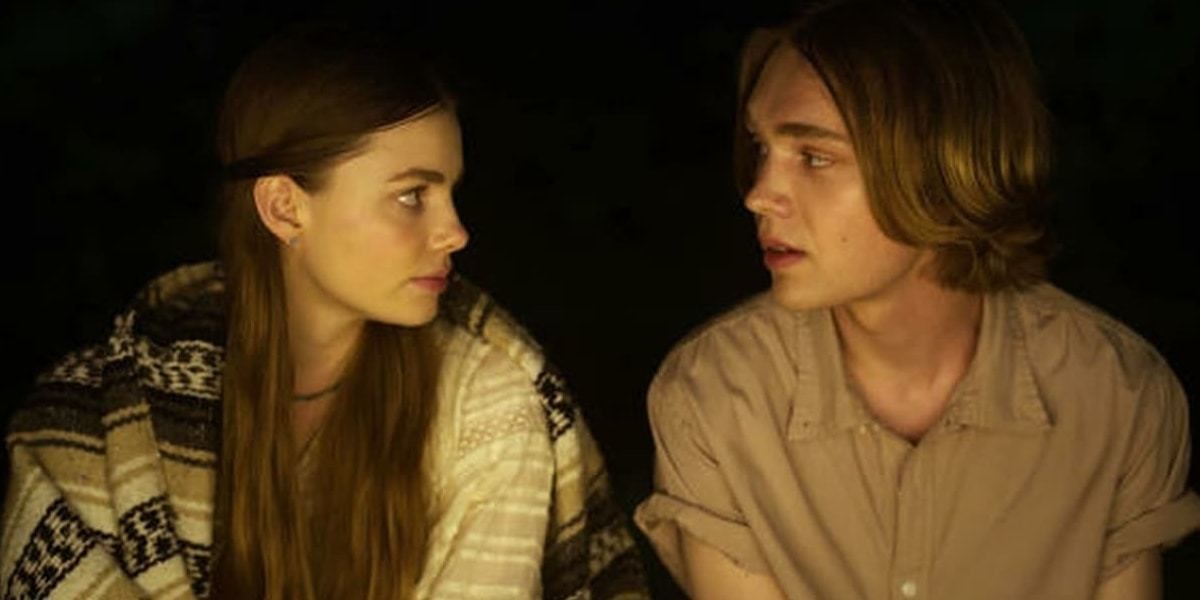 Thanksgiving is fun! Adventures! Tons of candles! A lot of confused Miles going along with Alaska’s plans and then realizing that she doesn’t always think things through. They go porn-hunting, like in the Looking for Alaska book, and after reciting the novel’s dialogue pretty much word-for-word, Alaska… leaves him to it? And the screen cuts to black? What did I just watch?!

On one of their many alcohol-fueled walks, they stumble upon Dr. Hyde, whose character gains much more importance here than in the book. As Miles and Alaska sit in his living room, he shares his love story and how the AIDS epidemic changed him.

Why was this subplot added? Maybe to show us how love and loss are inevitably intertwined? To give us a vision of true love, beyond mere obsession? Or is it to bring more relevance to the religious topics Dr. Hyde discusses in his classes? I don’t know. But I do know that every single time this story comes up for the rest of the show, I burst into tears.

Anyway, despite their partnership, Alaska still sees Miles as a side character in the great opera of her life. She complains about how she’s so alone, even when Miles is right next to her, and acts condescending when Miles asks her to confide in him. At this point, he actually stands up for himself a little bit. Alaska asked him to stay, so he did — he deserves at least an honest person-to-person conversation!

This seems to strike a chord because Alaska calls Jake and breaks up with him. It’s an honest breakup, and I’m proud of her for that. Then she returns and lies down with Miles, holding hands. “Don’t ruin it,” she says… and I must admit my heart went out to her because I remember moments like that as a teenager.

However, I am OUTRAGED at this scene in Looking for Alaska episode 4: WHY IS ALASKA SO BAD AT HOLDING HANDS?!

Maybe running their fingers awkwardly over each other is meant to be sexy, but it just looks weird and hilarious. How long can you possibly stretch out the process of starting to hold hands by grabbing each other’s fingers in the weirdest ways possible? #HandHoldingChallenge

Thanksgiving at the Colonel’s

The Colonel gets roped in by his mother to host Alaska and Miles for Thanksgiving dinner. This part of the story is much different than in the book. In the book, this was a fun, heartwarming family moment. In the show, it’s riddled with tension between Alaska and the Colonel.

This laughter and music and dancing feels much more like that “Great Perhaps” Miles is looking for than the kids smoking under the bridge together. It’s emotional nourishment. And perhaps it’s that stability that attracts Alaska to the Colonel and his life: It’s a glimpse into what her relationship with her mother might have been. Being shunned by the Colonel means losing that all over again, and that is a terrible loss.

While Alaska still has hope that things can be fixed, the Colonel is quick to shut her down. Why is he so obsessed with her betrayal? It can be pretty shocking to see how harsh he is, but when you think about it, it makes sense — he grew up watching his mother forgive his father no matter what he did, and decided he would not forgive people when they hurt him. To the Colonel, forgiveness only leads to more pain.

Miles gets excited because he and Alaska will share a bed (also not in the book — honestly, I find it a little hard to believe that the Colonel’s mother would let that kind of thing happen, “thin walls” or no!), but “ruins things” by trying to kiss her.

He probably should have asked — but Alaska’s reaction is unnecessarily explosive, considering how obvious it is that Miles likes her, and how he would take her suggestion for them to share a bed. 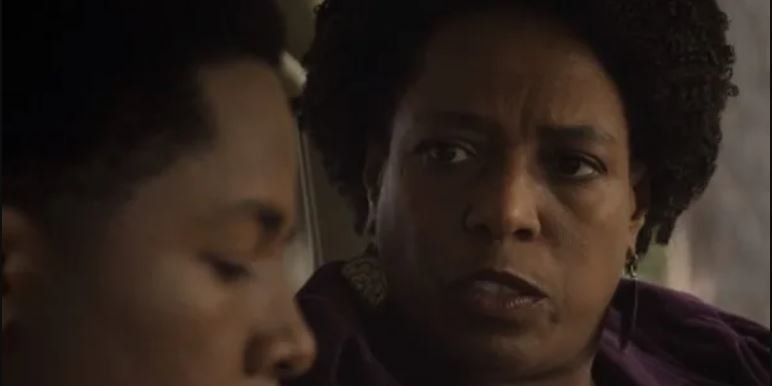 But let’s take a moment to talk about Dolores Martin, played by Deneen Tyler, who is among the strongest characters in this miniseries. She really listens to the Colonel — to what he says and what he doesn’t say — and she’s both gentle and firm with him. She knows what he needs, but gives him independence to make his own decisions (for the most part). Above all else, she legitimately respects her son, which in turn makes him deeply respect her.

Through thick and thin, both the Colonel and his mother know they have each other’s backs. This can probably be attributed to being domestic abuse survivors, protecting each other from a dangerous man, and finding their way out of that life into one that is still difficult, but that has a lot of joy.

The Colonel’s mother respects him because he has acted as her protector before — but she’s also not afraid to tell him the truth:

“You got some ugly in you, that’s true. But unlike your daddy, you’ve got space for more.”

“She’s lonelier than you,” she adds, referring to Alaska. But the Colonel won’t listen. So she makes him walk. It’s rare to see a parental relationship portrayed in this way, with this perfect mix of discipline and mutual respect.

All episodes of Looking for Alaska are currently streaming on Hulu.