Our Loki finale review discusses what happens beyond the Void and how this could influence the rest of the MCU.

In Loki episode 5, we explored the Void alongside some of our favorite variants, including one portrayed by Richard E. Grant, and another one depicted as an alligator.

Sylvie and Mobius then teamed up with our Loki to take down Alioth, with the hope they’d find out who was in charge of the Time-Keepers (since they were just mindless robots), while back at the TVA, Ravonna Renslayer tried to keep everything under control.

With the very fabric of multiple realities on the line, Sylvie and Loki had a lot to discover in Loki episode 6, especially with the rest of the MCU waiting on its every move. Let’s get into it. 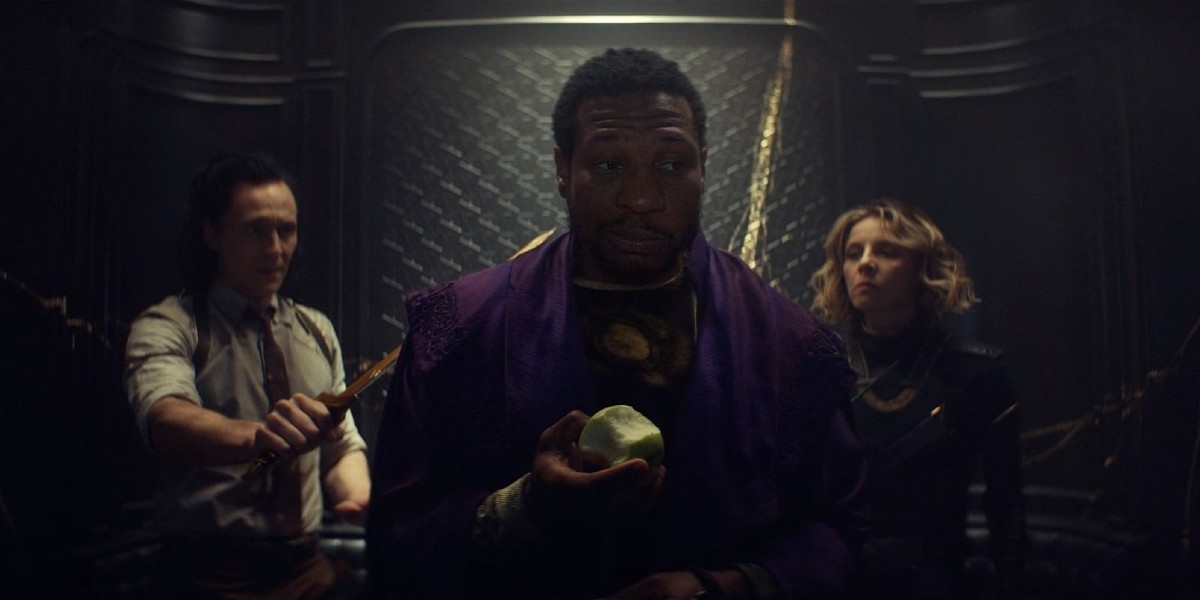 The opening credits of the episode call back to famous one-liners each of our heroes have uttered over the past 10+ years. Sprinkled throughout are various real-life speeches, which gives you a sense that time is converging and everything exists all at once in this place beyond the Void.

Loki and Sylvie stand at the foot of the Citadel at the End of Time, and Sylvie takes a minute to get her head on straight. “I was pruned before you even existed,” she says. She’s been working toward this for so long that we can’t blame her for wanting a second to prepare herself.

When the doors open, Miss Minutes greets them and says He Who Remains wants to cut a deal. He created all and controls all, so he can offer everything they’ve ever wanted. For Loki, that means being reinstated back into the timeline, defeating the Avengers in New York, killing Thanos and taking his gauntlet, becoming King of Asgard, and having Sylvie by his side.

It’s a sweet deal, but both Sylvie and Loki think it’s too good to be true. “We write our own destiny now,” Loki says, and just like that, I have the title for my Loki finale review.

Miss Minutes disappears, only for the elevator to ding open and reveal none other than He Who Remains, portrayed by Jonathan Majors (Lovecraft Country). The man is exactly that—a man made of flesh and blood. The trick is that he knows everything that will ever happen and so he can anticipate Sylvie’s attacks and stay out of harm’s way.

Both Loki variants are quick to dismiss his claims that he paved the road to get them there, and much of the episode is spent calling him a liar, with He Who Remains trying to find a new angle to convince them he’s telling the truth. The back-and-forth may be trite, but his history offers a closer look at what we’re dealing with here.

It turns out that the only thing He Who Remains is afraid of is himself. That is, his variants. We learn that he was originally a scientist in the 31st century who discovered the existence of multiple realities. Different versions of himself came to the same conclusion, and for a while, there was peace while they shared ideas and technologies across universes.

But not all versions were pure of heart, and this began an all out war to preserve their own realities. He Who Remains discovered Alioth, weaponized it, and ended the multiversal war. He mended time and kept it from branching, creating the TVA in the process to prune any variants.

Sylvie doesn’t take this explanation well, as she’s been on the run for her entire existence all because this man decided he needed to control every timeline in existence. He Who Remains tells her to grow up, that it wasn’t personal—it was practical. “We’re all villains here,” he says.

And so, we arrive at the crux of the situation. He Who Remains gives them a choice. They can either kill him and find out if he’s lying about his variants, or they can take over the entire operation. He’s old and tired, after all, and wouldn’t mind going into retirement.

In search of free will 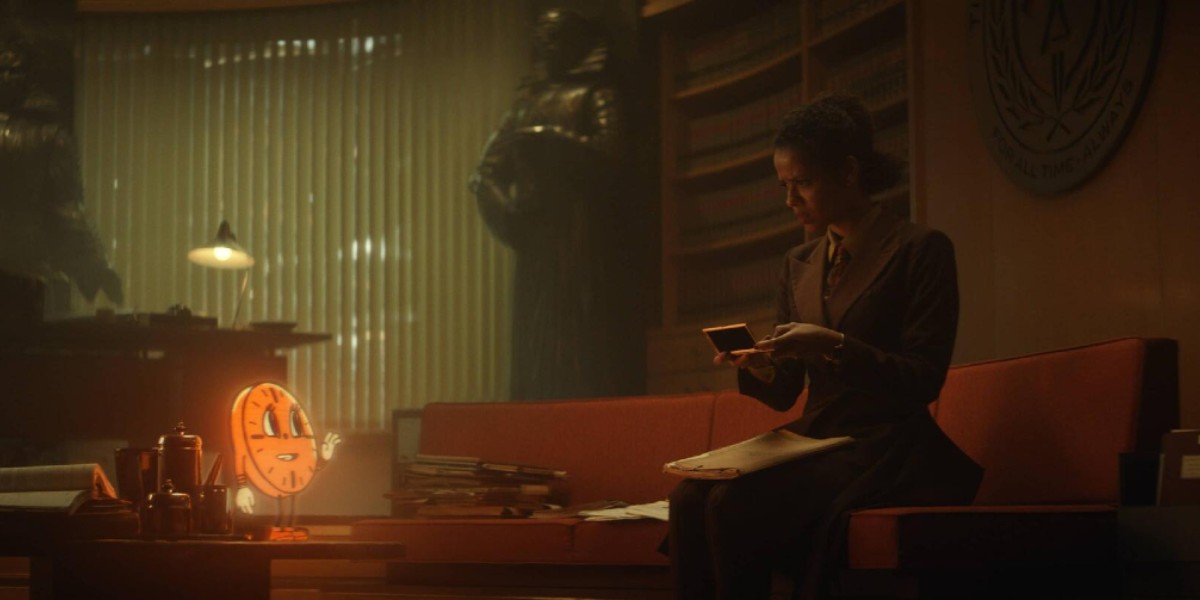 Let’s take a moment out of this Loki finale review to look at what else was happening throughout this episode. Miss Minutes returns to Ravonna Renslayer to provide her with some useful information that the judge didn’t ask for. We never see what it is, but it’s clear that it sets Ravonna up to leave the confines of the TVA at the end of the episode.

“One man’s void is another man’s piece of cake,” Mobius says. You can see that Ravonna is relieved he’s still alive, but she doesn’t regret her actions. It was necessary to keep the TVA going, which she views as a necessary lie.

This is, without a doubt, one of the major themes of Loki. Which is more important, truth or order? On one hand, people should have free will; they should be able to live the lives they want without someone else pulling their strings. On the other hand, that kind of freedom leads to chaos, war, and death. Who would enjoy a life like that?

Mobius and Ravonna stand on either side of the aisle. While Renslayer believes people need something like the TVA, Mobius thinks there’s a better way to go about handling the variants. They deserve to live too, and who does Ravonna think she is, trying to control that?

Mobius is ready to fight his friend, but Ravonna takes control of the pruning staff with ease. She chooses not to prune him a second time, but she’s also quick to make her exit. She’s going in search of free will, she says, though we don’t know when or where that could be.

Unless Miss Minutes is working on her own or for someone else, we can assume He Who Remains provided Ravonna with the necessary information to set her on a path that will align with his own self interests. Does that mean she’ll be going up against Sylvie and Loki in the future? Maybe, but there’s an equal chance that she’ll be fighting against one of the creator’s evil variants.

While Mobius distracts Renslayer, Hunter B-15 tricks other hunters into arriving in Freemont, Ohio in 2018, where they meet a Ravonna variant. This is the beginning of a revolution; if they can convince enough TVA members that everything isn’t as it seems, they may be able to turn the organization around and find a way to rewrite the future.

Then again, there’s no telling who’s hand they’re playing into at this point, and it’s going to be some time before we find out. 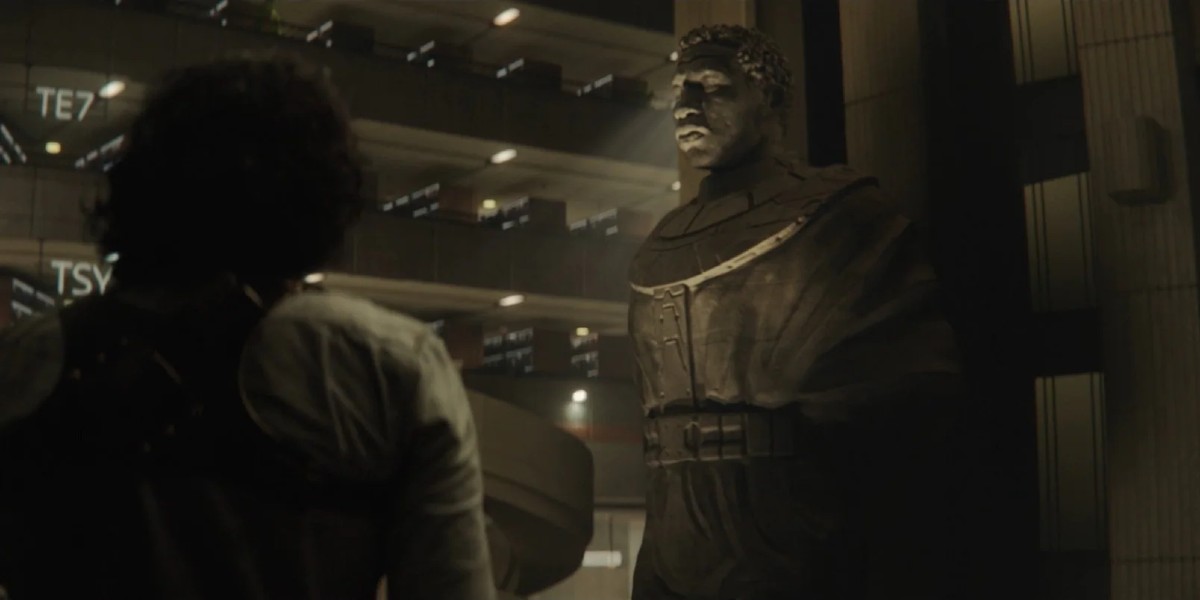 As we return this Loki finale review back to its heroes, He Who Remains crosses the threshold—a point in time where he no longer knows what is going to happen next. He is completely vulnerable to Sylvie attacks, and she’s quick to take advantage of the situation.

But Loki stops her. He wants her to wait, to think, to see if there’s a way forward where they don’t kill He Who Remains and instead take over the TVA in order to keep reality rolling. He doesn’t want the world to descend into chaos because there’s no telling if it will bring a larger evil to their doorstep.

Sylvie feels betrayed, believing Loki only wants the throne—the power that comes with leading the TVA and maintaining the Sacred Timeline. In a grandiose speech, he throws down his sword and tells her that he only wants to make sure she’s okay. It’s the most vulnerable and honest we’ve ever seen Loki, and it’s a wonderful moment to have on screen.

Unfortunately, Sylvie can’t let go of the transgressions made against her. As they kiss, she grabs the tempad and sends Loki away, then kills He Who Remains. The timelines immediately begin to branch, and although they are mesmerizing to watch snake across the sky, you can’t help but feel a sense of foreboding.

Meanwhile, Loki spends a minute wallowing in his sadness. I loved seeing this because it’s like the mask has permanently been lifted. Now that Loki has allowed himself to feel, to love, to trust, he can’t go back. I don’t think he wants to. As much as it hurts, he’s learned how wonderful the world can be when you allow people into your heart. I hope he remembers those lessons.

As he squares his shoulders and marches through the TVA, he spots Mobius and Hunter B-15. They’re worried about the branches and don’t know what to do. Loki is frantic in his explanation about what’s happening, taking as much responsibility for He Who Remains’ death as he places on Sylvie. But his newfound friends stop him short—they don’t know who he is or what he’s talking about.

As Loki looks up, he spots a giant statue of He Who Remains, and it seems clear that Sylvie sent him to a reality where He Who Remains rules at the top of the TVA (without those pesky Time-Keepers as mouthpieces).

It’s lucky that the Loki finale end credits scene tells us there will be a Loki season 2 because there’s obviously so much more to explore. Where did Ravonna go, and what will Mobius do with the TVA? Now that Sylvie’s mission is over, how will she spend the rest of her time? How will Loki find his way back to his own reality?

And, most importantly, how will all of this affect the rest of the Marvel Cinematic Universe?

What did you think of the ‘Loki’ finale?