Last week during my Loki premiere review, I felt as though the series took its time to set up the premise, though you’ll find little complaint from me.

Not only did we need to refresh ourselves on Loki circa 2012, but we had to establish the scope and power of the Time Variance Authority and the Time Keepers, as well as what threat Loki would be up against. That is to say, the threat is himself.

In episode 2, the plot moves forward, though the series takes its time to ponder some truly existential questions. We get a better idea of what motivates Loki, as well as what kind of person Agent Mobius appears to be.

The show is not afraid to slow the action down in order to shine a brighter spotlight on its characters, and it’s all the better for it.

He’s smarter than he looks 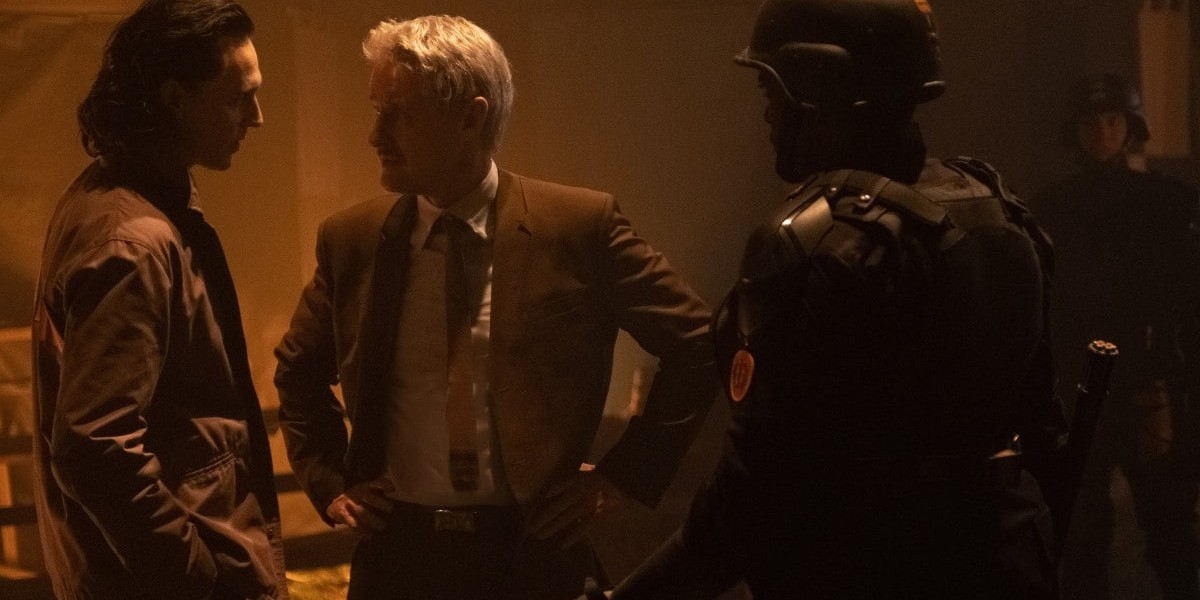 I’ll be the first to admit I wasn’t sure what to expect from Owen Wilson’s Agent Mobius when he first hit our screens, but I have to say I’m a huge fan now that we’ve seen him in action.

The team travels to Oshkosh, Wisconsin in 1985 in order to look at a fresh crime scene. This one is different because instead of leaving everyone dead, the variant deemed to take the commander C-20 hostage. This deviance from the norm does not bode well.

Loki spins a story about how the variant has trapped them all inside the tent, waiting to ambush them if they try to leave. It takes about two seconds for Mobius to see through his scheme and send the team home.

While Loki did show his hand a bit, we can forgive him for his desperation to get out of his current situation. But I don’t think that makes Mobius any less clever for seeing through the god of mischief’s play. In fact, Mobius is all the smarter for not trying to out-wit Loki or beat him at his own game.

Agent Mobius wants to understand this Loki better so he can catch the other variant. Ravonna warns him that the Time Keepers are monitoring the case closely, and tells him he has a soft spot for broken things. While that may be true, he also promises he’d delete Loki himself if the mission goes sideways.

I have a hard time believing this. As much as Mobius doesn’t trust Loki, I think he also sees the best in him. Their dynamic is borderline buddy cop comedy, and while Loki drives him up a wall, he also believes there is good in him. 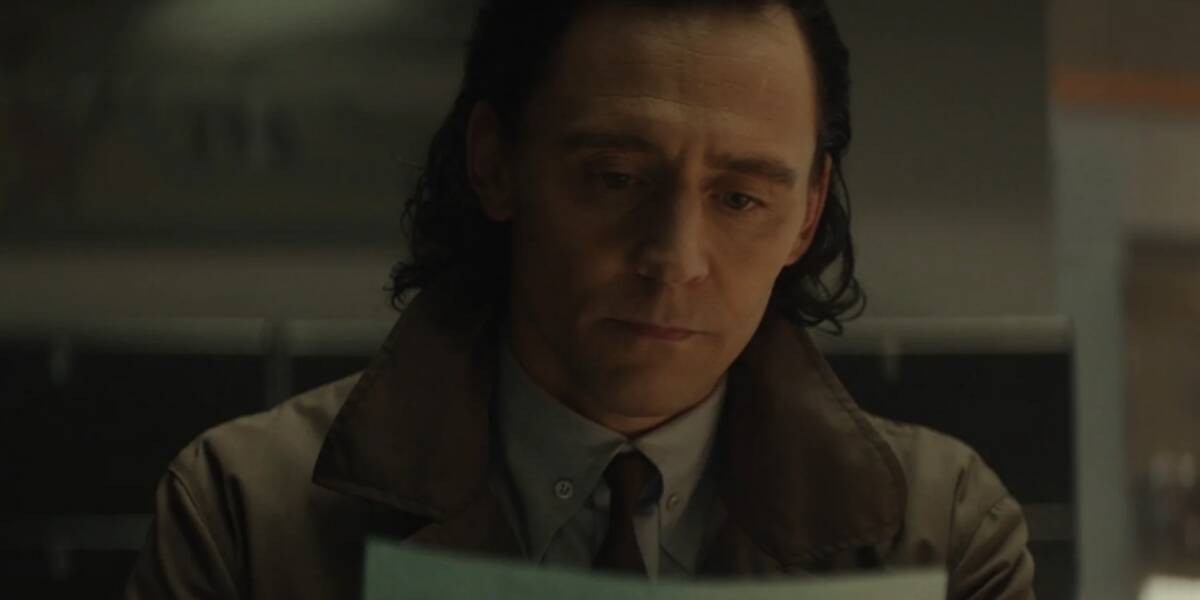 I’m inclined to agree with Agent Mobius. This Loki episode 2 review never promised to be unbiased, and I have to admit I’m having a blast spending so much time with Loki.

Though he’s featured heavily in other movies, our perception of him has always been through the eyes of Thor or the other Avengers. This time, we get to see Loki for who he truly is, for better or worse.

Mobius not-so-subtly tells Loki he thinks the only reason Loki is helping is because he wants to prove he’s the superior version. While I’d be naive to dismiss this reason entirely, I don’t think it’s the whole truth. And I think Mobius knows that, too.

It’s in the private moments that we see the real Loki. When he peruses the file on Ragnarok, he sees how the entire city and most of its inhabitants were destroyed. Tears well in his eyes, even though he waves it off when Mobius apologizes for it later.

I have a feeling that won’t be for long. Loki cares, and we know it. We’ve seen it in both episodes so far, but we’re still waiting for Loki to be vulnerable in front of others. It may take some time for that to happen, but I have a feeling that by the end of the series, our Loki will have a newfound appreciation for the Time Variance Authority and the role he’s meant to play in the world.

What will be most interesting is whether this Loki will be allowed to stick around (spoiler: probably, as there’s already talk of a Loki season 2), and whether he’ll ever interact with Thor and whichever of his old friends are left (too soon?). 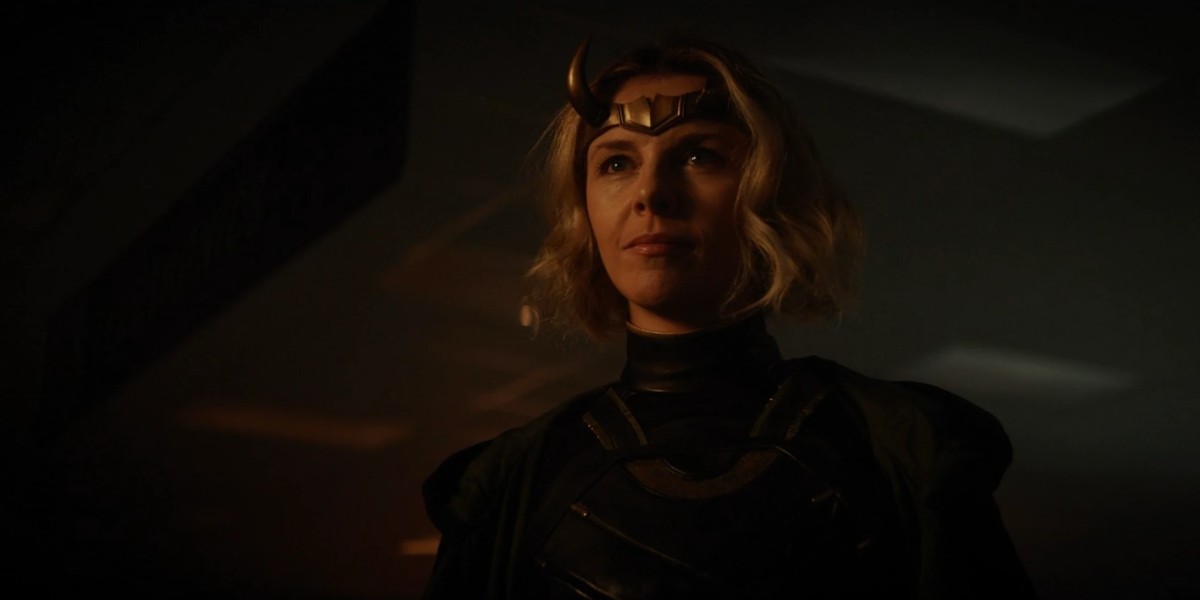 Loki and Mobius might see the world from two vastly different perspectives, but this allows them to have a discussion about time, existence, and the end of everything.

Mobius does what he does because of jet skis—the perfect combination of form and function—and has relegated himself to the Time Keeper’s ultimate goal, to make order out of chaos and to meet those he loves in peace at the end of time.

Of course, Loki is far more concerned with surviving the day and enjoying his time while time still exists. He doesn’t really get the whole Time Keepers things (he loves chaos, after all), and sort of wants to usurp them so he can have power over all of existence, but for now, he’s satisfied with stopping the variant so he can avoid getting pruned.

The question is will one of these characters sway the other. Could Mobius ever convince Loki to join the TVA permanently, using the god of mischief to keep everything nice and tidy? Or will Loki change the way Mobius sees the universe, persuading him to enact change within the TVA?

For now, we don’t know if either of those options are viable. So, instead, we look for a solution to our current problem: The variant.

Loki discovers the variant is hiding out in apocalypses because the timeline will end and the variance will subsequently go undetected. Mobius takes Loki to Pompeii in 79 AD to test this theory, and he’s is shocked to see that it’s true.

(Just to pause this Loki episode 2 review for a second: This scene reminded me that while Loki is a formidable god that oozes coolness and power, he’s also desperate for fun and chaos. This could come off as menacing and evil, but it’s more like a teenage boy who just likes to annoy people for a good laugh. This gives him an air of silliness that I like a lot.)

Loki figures out his variant is hiding in the year 2050, in Alabama, at a Roxxcart store. And yes, if you think that’s related to Roxxon, you’re absolutely right. This corporation has featured throughout the MCU since the beginning, and it doesn’t look like it’s going away any time soon. Will a class 10 apocalypse destroy it? Maybe. Maybe not.

When the team arrives, the variant quickly uses an enchantment to jump from body to body, including Hunter B-15. It’s only to stall Loki, however, and it isn’t until the rest of the team discovers C-20 that we learn she gave away the Time Keeper’s location. (She also keeps saying, “It’s real,” which must be significant.)

The plan is revealed just as the variant reveals herself—she is Loki in her female form. We saw a few possible variants back at the TVA headquarters, including one that looked like it had merged with the Hulk and one that appeared to be the original comic book form, but each one looked like a different version of Tom Hiddleston’s Loki.

This variant, however, is blond and slightly smaller in stature. She is played by Sophia Di Martino, who you might know from Yesterday (or my favorite show, Into the Badlands).

Variant Loki’s plan comes to fruition as she bombs the Sacred Timeline, creating chaos and sparking alternate realities all over the place. If the TVA is unable to get this under control by season’s end, it’s likely this will be what Doctor Strange in the Multiverse of Madness will be about.

As Variant Loki disappears through a door into another time, Loki hesitates to follow her. Mobius calls after him, and you can see Loki weighing his options. It appears as though he doesn’t want to betray the agent who took a chance on him, but at the same time, his curiosity will always get the better of him.

When he follows Variant Loki through the door, I think it’s because he knows he’s the best chance the TVA has of stopping her.

by Brandon Kirby
by Kendra Cleary