If you’re looking for some LGBTQ+ comedians to brighten up Pride Month, Netflix has five specials you definitely shouldn’t miss!

The comedy scene has been changing for quite some time now. The straight, old, white men who still insist their racist, misogynistic, homophobic jokes are funny have been replaced by young and diverse comedians sharing their experiences with audiences across the globe.

When I went searching for LGBTQ+ comedians on Netflix, I expected to find a bevy of options to choose from. Netflix has, after all, been adding comedy specials left and right, and I’ve found plenty of diverse titles to choose from.

Related: The 10 best Netflix stand-up specials that are too funny to miss

There are, thankfully, a ton of comedians of color streaming on Netflix (Maz Jobrani! Gabriel Iglesias! Trevor Noah! Vir Das! Ali Wong! I could seriously go on!), but Netflix is far from perfect. There aren’t too many women of color. And what about LGBTQ+ women of color? The results are nearly nonexistent.

Pride Month is about being loud and proud of who you are. It’s about celebrating your uniqueness while recognizing we still have a long way to go.

The same can be said of Netflix. I applaud them for showcasing the talents of a diverse group of comedians, but they could do better. There are dozens upon dozens of up-and-coming comedians who are brilliant, hilarious, and have a unique perspective on life. I encourage you to watch these five comedy specials, and then go out and search for more.

Tweet Netflix. Send them an email. Write them and honest-to-goodness letter. Let them know we want more representation in comedy specials on their platform. Maybe, just maybe, they’ll listen. And what happens then? Laughter will continue to spread around the world, making even more people feel seen and heard and respected.

‘Happy to Be Here’ — Tig Notaro

Tig Notaro has made a name for herself with her deadpan comedy. She might not be as lively as other comedians, but she’s just as hilarious. She’s an Emmy- and Grammy-nominated comedian and certainly deserves the accolades. Though her humor can be a little on the darker side, it’s also gotten more personal as time has gone on.

In Happy to Be Here, she uses her trademark humor to impart wisdom and stories from her life. It’s equal parts self-deprecating and uplifting, and she challenges our conception of what comedy should look like. She also talks about marriage and being a parent, as well as her celebrity status. It’s sweet and honest and, as always, funny.

If you’re looking for some raunchy humor, Manu Nna has got you covered. A self-proclaimed diva and self-professed Regina George of Stand-up, you can guarantee Manu has a big personality and doesn’t mind pushing the boundaries of comedy.

Simplemente shows off Manu’s incredible style and the inner-workings of his mind while sharing some of the hilarious experiences he’s had. It’s not easy being gay in Mexico, but Manu makes it look good. If you need to, turn on the subtitles because this one is in Spanish.

It’s been a while since Ellen has done a stand-up special, but she needs no introduction. She never really seems to be out of the headlines because of Ellen, thanks to some viral clips, but we haven’t gotten a look inside her mind in a while. We still know who Ellen the talk show host is, but who is Ellen the stand-up comedian?

You’re going to get exactly what you’ve come for with Relatable — Ellen in all of her glory. She pokes fun at her fame, talks about being gay, and yes, does a little dancing. It’s a sneak peek into her life, and it turns out that she is pretty relatable, after all.

Much like Ellen, Wanda has been hilarious for a long time. She made name for herself writing on The Chris Rock Show (where she won an Emmy!), and she’s been keeping steady work since then, acting on The New Adventures of Old Christine, Curb Your Enthusiasm, and most recently, Black-ish.

Wanda’s new special only serves to remind us of her genius. Her bold comedy grabs your attention and doesn’t let go, as does her signature voice. In Not Normal, she talks about politics, racism, and so much more. This is one you simply can’t miss.

Hannah Gadsby shares a lot of similarities with Tig Notaro in that neither one of them exactly fit the mold of what most people think a comedian should look or sound like, and much like Tig, Hannah has used that to her advantage. She certainly doesn’t pull punches, but she also finds a way to make even her harshest words funny and relatable. Best yet, she makes you think.

In particular, Hannah made waves when Nanette premiered last year on Netflix. It’s an unapologetic diatribe that blurs the line between comedy special and straight up roast. It was meant to be her final performance. No one was going to hire her after this. Except it wasn’t. And they did. Now, she’s touring with her new show, titled Douglas, and everyone is looking to see if she can strike gold a second time. 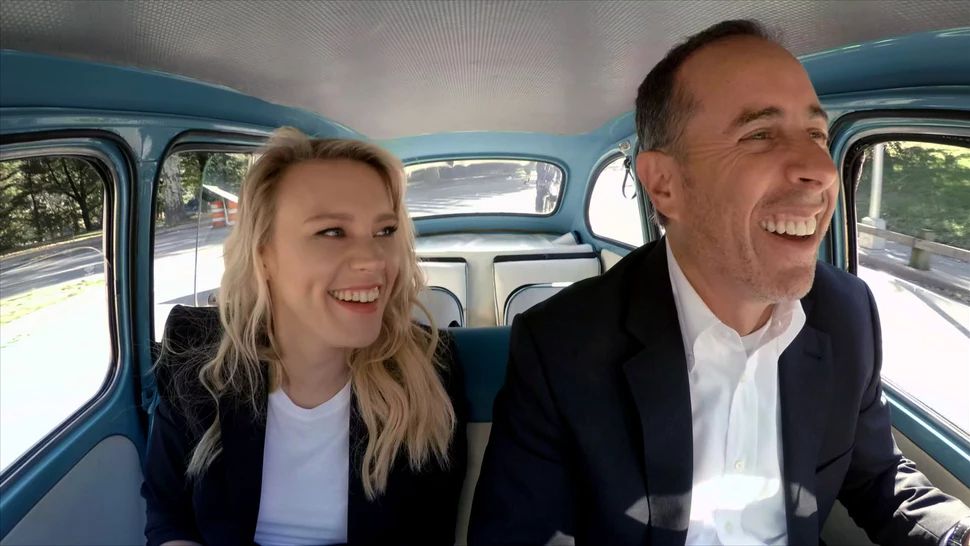 If you want a little less commitment from your comedy specials, Comedians in Cars Getting Coffee could be a good place to start. Each episode, hosted by Jerry Seinfeld, runs about 15 to 20 minutes. Hilarity obviously ensues. There are some big hitters on the list, and the combination of two comedians with a sharp wit will provide plenty of entertainment.

Episode 3 features Ellen Degeneres, while episode 10 features the ever-funny Kate Mckinnon. We’ve already talked about the former, but the latter continues to make a name for herself on SNL and has recently appeared in some truly gut-busting films, like Ghostbusters, Rough Night, and The Spy Who Dumped Me.

Which LGBTQ+ comedians would you like to see featured on Netflix?