We use cookies to ensure that we give you the best experience on Hypable. If you continue to visit us, we will assume that you are happy with it.
10:01 pm EDT, October 17, 2019

Legacies season 2 is off to a fantastic start, with some fun new characters, interesting growth for all our favorites, and an intriguing new mystery. That all became even more evident in Legacies 2×02!

There is so much to love in this episode, especially when it comes to all our favorite characters making their return to the Salvatore School for the start of a new school year. Legacies 2×02 embraces all the different aspects of this show that we’ve come to know and love. It both warms and breaks your heart in equal measure, and delivers on all the things you want to know more about.

Keep reading to get all our Legacies season 2, episode 2 thoughts:

Shall we kick this off with some Vardemus talk? 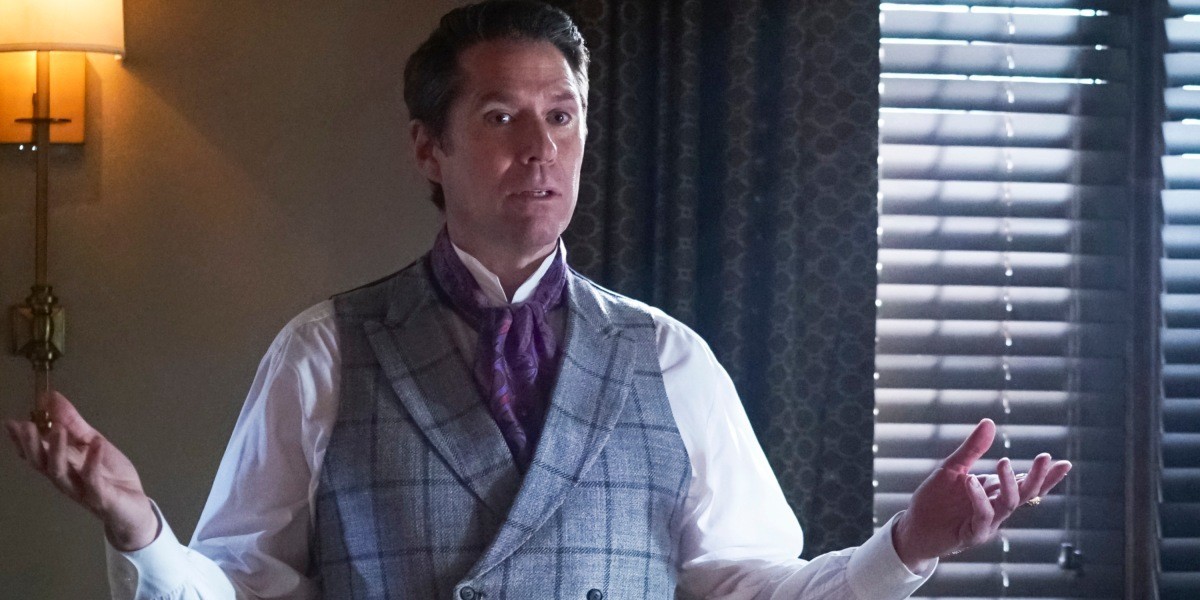 This guy. Whoa boy. It’s immediately apparent upon meeting this new headmaster that he and Alaric are not going to see eye to eye. They have very different ideas of how supernaturals fit into the world, so we are bound to get some incredible moments in future episodes when these two go toe-to-toe.

Side note: It’s beyond great having Alexis Denisof in Legacies season 2. I loved him as Wesley in Buffy and Angel, and it’s clear that his character here is going to be a controversial pick to run the school, even if Caroline was the one to help make the selection. Alexis is supernatural TV royalty, and Legacies 2×02 was the perfect introduction to his character’s somewhat twisted way of thinking.

A small dose of realism

I LOVED that this episode started out with a makeup-less, bedraggled Hope Mikaelson. We find out pretty early on that Hope has been back in the world for a week, and without a place to crash, she’s destined to look a little rough. Until she meets a very sweet girl in a Mystic Falls High bathroom, who has emergency supplies at the ready.

I love that Legacies season 2, episode 2 embraced a little realism in its opening scenes, making this world we love that much more authentic and, well, real. It also makes her breakdown at the end of the episode that much more heartbreaking. She doesn’t have a home, a bed, or a shower to call her own right now since everyone she loves and cares about has forgotten her. She has no one to turn to, and as a teenager, her options are extremely limited.

I’m honestly really happy that Alaric was the first one to accept that Hope used to be important to him. He’s a really smart guy, so it’s fitting that he can put together all the pieces and find reasonable ways to explain why this girl in front of him is someone he can trust and count on in his gut, even if he seems to have just met her.

Break my heart, why don’t you!

Speaking of Hope, Legacies season 2, episode 2 really gets you into Hope’s mindset. I mean, it’s hard to imagine trying to re-establish your place in a world you know and love; a place that has completely forgotten everything about you!

We see her struggling to keep her loved ones at arm’s length, especially Alaric Saltzman. He took her under his wing once before, when her father died and left her parentless in an unforgiving supernatural world. So, it makes perfect sense that he’s the first one she trusts with her story.

But man-oh-man did I cry. Danielle Rose Russell knows how to tug on my heartstrings in all the right ways. Hope is just trying to help and save everyone from the evils she attracts, but at the same time, she’s still just a teenager trying to figure out how to live and breathe and exist in the world.

It’s so right that Alaric is the first person she trusts. He probably won’t be the first to remember her, but at least someone is standing by Hope’s side through all of this. She found herself an ally, so now she just has to keep her head up until they can find a magical loophole to restore everyone’s memories.

A semester of ‘Yes’ 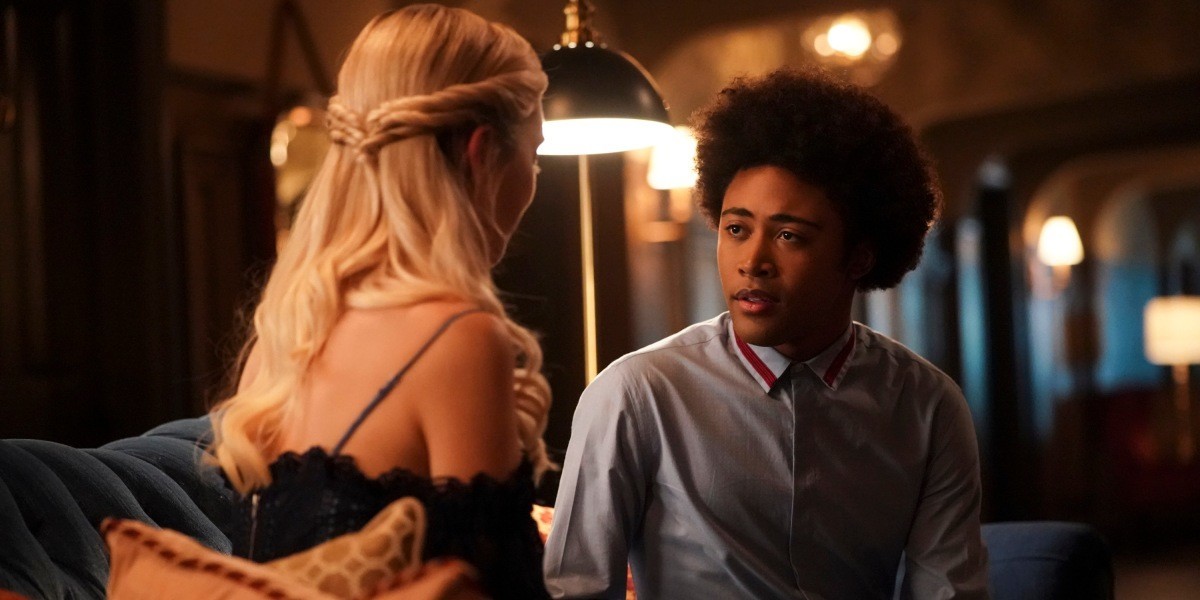 Lizzie Saltzman is in perfect form in this episode. She’s still a little bit oblivious to M.G.’s feelings, so she has some issues to work on, but her new attitude toward the new things in her life is refreshing and fun. I hope she opens her eyes to see what is going on with M.G. before too long, because I really love his honest earnestness and don’t want to see it squashed simply because Lizzie doesn’t feel the same way he does.

Most importantly, this episode introduces us to Sebastian. The scenes between Lizzie and Sebastian just feel epic to me. I am fully on board for their future flirtmance, and can’t wait to see him tackle becoming a student at the Salvatore School.

I do wish Julie Plec and company had kept his supernatural identity a secret from us, because he keeps his vampire-hood a secret from Lizzie in Legacies 2×02, and it would have been fun to piece his secret together from clues he gives to Lizzie. But, alas, it will be a grand old time seeing him try to fit in with the modern world of the Salvatore School.

His introduction was handled pretty perfectly, though, and I really hope his storyline lends itself to a permanent place in this cast. He is a great addition, and I am excited to see all the fun things this old world vampire has to teach our very modern cast of teenagers.

Peanut Butter Blast with whipped cream on the bottom

SERIOUSLY?! I love that Landon remembers his girl, even if he doesn’t realize it. She is lingering in his thoughts, showing up in brief glimpses of memory when he’s close to death, and inspiring his dessert decisions, apparently.

This epic moment is definitely going to warm Handon-shipping hearts around the world. Landon’s heart remembers all the good times, especially when his mind doesn’t. I can’t wait for her to share this moment with him in the future. And even if we never see it mentioned on screen, I just know that Hope is going to give Landon credit for remembering her favorite milkshake even when their great adventures were far from his mind.

Josie has a lot of work to do

Lizzie has made a lot more progress on her path toward individuality than Josie, that’s for sure. The brunette Saltzman twin spent the entirety of Legacies season 2, episode 2 trying to be the perfect girlfriend, but ended up just making Landon and her first day as a couple that much more complicated. 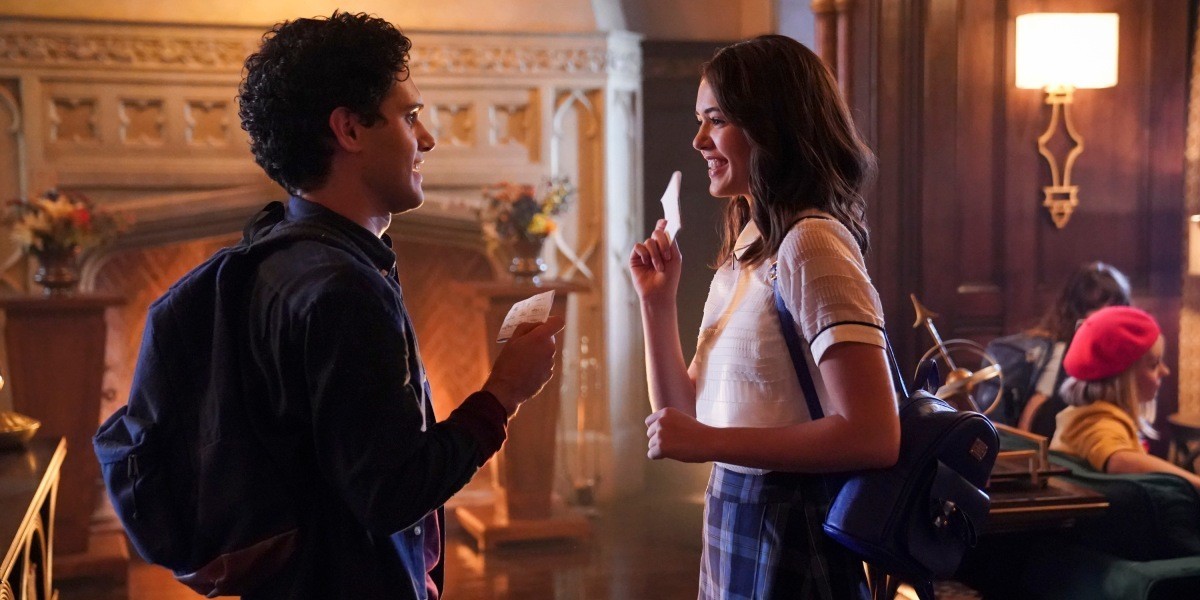 And the seaweed thing? I know she was just trying to go with the flow or whatever, but if you’re allergic to something, SPEAK UP! Josie had absolutely no reason to believe that Landon wouldn’t be okay with picking a different cuisine for their first date, and if she’d just said, “I’m allergic to seaweed,” they could have spent their first couple-y meal at the Mystic Grill with burgers and fries, rather than with her nursing an upset stomach.

I really hope Josie starts treating herself with the kindness she affords everyone else. This example, the seaweed situation, proves that codependency isn’t her biggest problem. It’s a complete lack of self-respect. She has to value herself first, to put her own discomfort ahead of making others happy, before she can expect the rest of the world to treat her as her own entity. I believe in Josie Saltzman. I know she is capable of loving herself; she’s just really out of practice.

How about that monster?

Honestly, the monster was really just a tool to get Hope and Alaric in the same room, and I am 100% fine with that. Not to mention how funny it was to watch Hope do battle with a legendary creature yards away from where Landon sits obliviously mulling over his disastrous first date with Josie.

I do want to know if Hope is drawing the monsters to Mystic Falls or if there’s something else welcoming them to town, but that is definitely intended to be a part of the mystery in Legacies season 2. 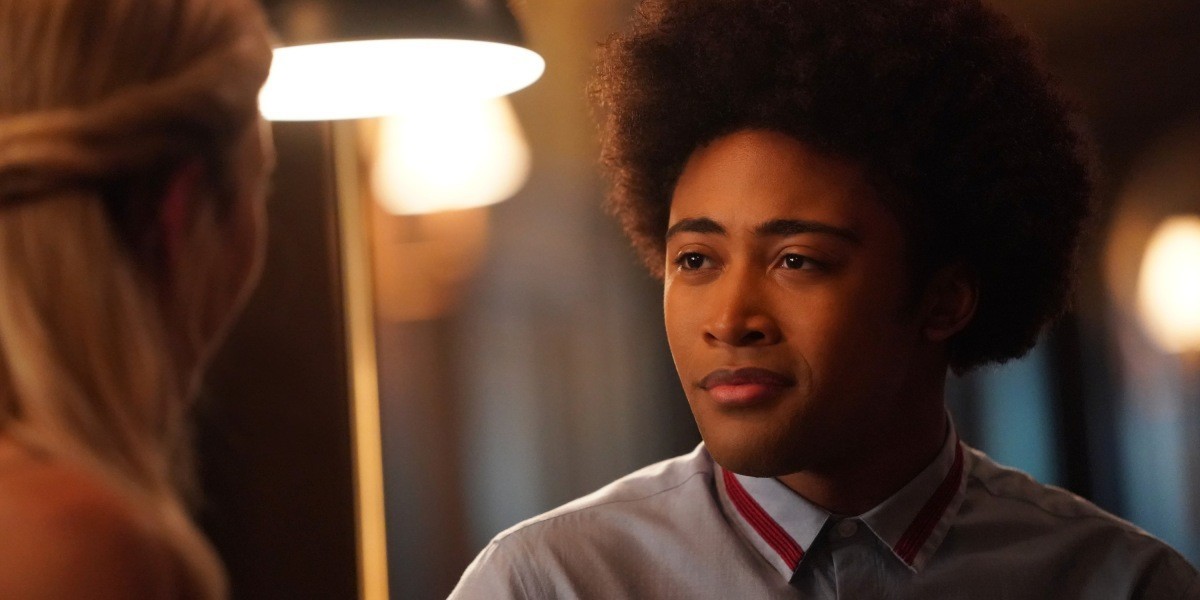 They may not have a major role in the main season 2 plot yet, but M.G. and Kaleb’s friendship is giving me life. They are so obviously a great balance to each other. M.G.’s naive desire to throw himself headfirst into everything is held at bay by Kaleb’s jaded knowledge of life’s less than savory lessons. And at the same time, M.G. keeps Kaleb from being cynical about everything, reminding him that life is about living each moment to the fullest, even if that means that you get hurt sometimes.

I really don’t even have theories at this point, except to wonder if the timing of Sebastian’s arrival is at all connected to the red-cloaked figure’s arrival to Mystic Falls.

As far as we know, the other three new characters, Maya, Ethan, and Sheriff Mac, are all human, so they don’t raise a lot of red flags, but Sebastian’s mysterious nature and random arrival to Mystic Falls in Legacies season 2, episode 2 is definitely suspect. I really, really hope he has nothing to do with the nefarious cemetery magic and murder. Like, REALLY hope.

Make sure to tune in next week for even more Legacies fun, as this season is unfolding to be the perfect blend of heartbreaking drama and insanely fun comedy. I am completely on board for all things Legacies season 2.

Legacies season 2 airs Thursdays at 9 p.m. Eastern on the CW.