The latest Smash Ultimate DLC character has been kept secret, and for good reason.

Byleth is the latest Smash Ultimate DLC character. He originates from Fire Emblem: Three Houses. A female alt skin was also announced for the sword fighter.

Byleth’s three additional weapons will be an axe, bow and arrow, and lance, along with a standard sword. You’ll be able to choose the weapon you want to use mid-battle to your pleasure.

Byleth is slow with a bad grab range, but he is able to access many different long-range attacks to make up for that. His up-b tether will allow for a quick footstool followup, giving him the potential to craft some deadly combos.

Side input moves, such as his forward and back air attacks, will utilize Aredbhar, the lance weapon. This long-range weapon will zone out even Marth’s (and perhaps Shulk’s) sword range. It has a tipper, and a nasty range on the swiping side-b.

Aymr will be accessed as his axe weapon for his down inputs, such as down smash and down air. It’s a wicked strong weapon, and comes with a down-b similar to Falcon Punch (but with superarmor that can even eat through a Falcon Punch). You can pass through platforms when charging down-b, and you can change directions with it.

From the Garreg Mach Monastery to the battlefield, Byleth is joining #SmashBrosUltimate as DLC fighter 5!

Failnaught is his neutral bow and arrow input weapon, including a multihit nair and a Link-like neutral b arrow. He has a set charge time for his neutral b, and it will turn into a powerful arrow of light if held long enough.

His final smash, Progenitor God Ruptured Heaven, will activate a cutscene with Sothis joining Byleth in the fray. Garreg Mach Monastery is the new stage being sold with Byleth. The Monastery will feature stage transformations similar to levels like Delfino Plaza. Destructible elements such as storefronts and a chandelier will vary up battles this stage.

Skins for Mii Fighters such as a Rabbid from the Rayman series and the titular character from Cuphead will round out the latest DLC perks. January 17 will see the release of the Richter and Dark Samus amiibo figurines. 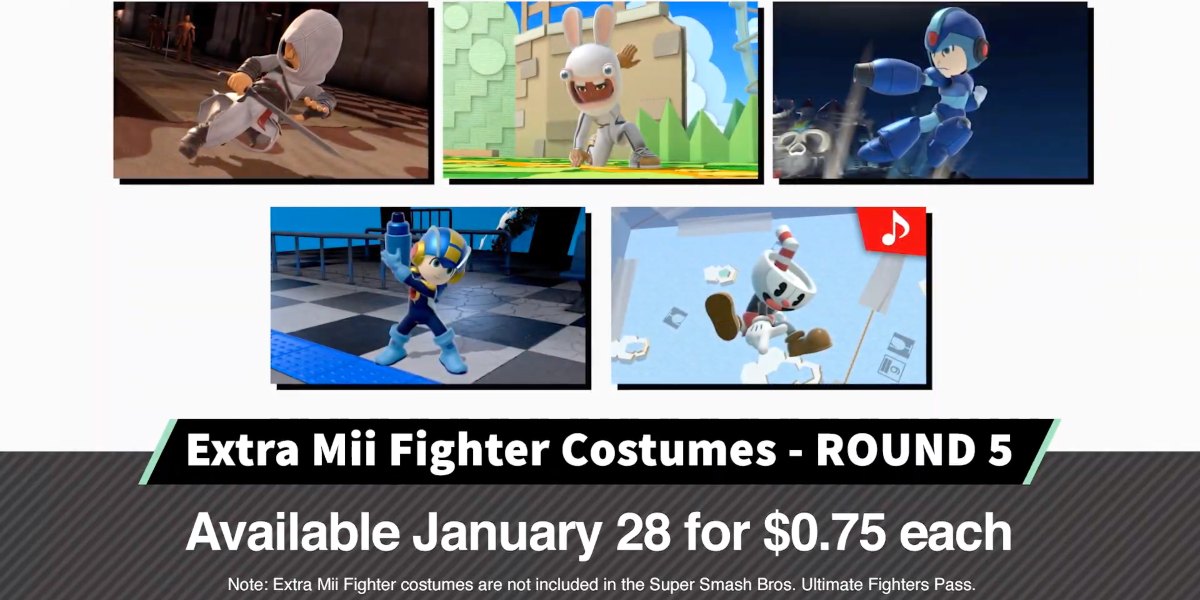 Finally, it was announced that there will be six additional Smash Ultimate DLC characters, all of which will release intermittently until December 2021. All six have already been decided, meaning no, your plea on Twitter to have your favorite character will not be considered (for now).

The fifth Smash Ultimate DLC character will release on January 28 and will sell for $5.99. As the reveal is brand new for most of the world, the promotion for the character is the last piece of the puzzle yet to be completed before the Fire Emblem character can release.

Make sure to check out our FAQ on all of the Smash Ultimate DLC characters revealed thus far for a guide on how to play as each.

by Hannah Cowton
by Karen Rought