The question has popped up more and more recently in the ebb and flow of conversation as we get closer to Star Wars: Episode 9; does Kylo Ren need to be redeemed and does he get to live? Maybe Kylo Ren doesn’t need to die.

As a general rule of storytelling, villains don’t get to live. In Star Wars, that rule has mostly been followed, especially when it comes to the original trilogy’s master villains Palpatine and Vader. If we follow that logic, then it’s fairly likely Kylo Ren won’t survive the events of Star Wars: Episode 9. Instead, the big question will be whether he’ll die in a cackling ball of madness like Palpatine, or find redemption before death like the grandfather he so badly wants to be like.

Except, in Kylo’s case, maybe it really isn’t that cut and dry.

When I sat in the theater on opening night of Star Wars: The Force Awakens and saw Kylo Ren ignite his saber and kill his father, the first thing I thought was, “Well, Kylo’s going to have to die. You don’t kill Han Solo and get to live.” It’s an opinion I’ve long held and, for the most part, still can’t completely let go of.

Han’s death (likely at Harrison Ford’s behest) is one of those moments that defines a character’s future i.e. Vader killing Obi-Wan or Anakin killing Padme (I refuse to believe she dies of a broken heart. Being strangled and then going into labor is much more likely the cause).

Han was completely vulnerable. The most vulnerable we’ve ever seen him, in fact, the most hopeful and emotionally present he’s ever been. And Kylo Ren reacts to that openness and vulnerability by killing his father in an attempt to kill the side of himself that is good — to kill what he thinks is weakness.

If he’d blazed through Star Wars: The Last Jedi killing everyone in his path behind a mask and all we saw was a Vader-like killing machine, this whole thing would be easier for me. Vader’s “I am your father” moment is a big one, but Vader goes right back to being Vader after the incident so we never see his emotional reaction to the whole thing.

Kylo, on the other hand, kills his father and his mental and emotional state take a hit. Already a little off kilter from Rey’s ability to get into his head, the moment he kills his father, Kylo’s completely out of balance.

The imbalance continues through The Last Jedi as we watch Kylo become more and more frenzied. More desperate to connect with Rey and more sure that letting the past die is the only way to move forward. He just wants to forget it all. Take control of his destiny. A destiny that, up until now, has been dictated to him by everyone from his parents to his uncle, to Snoke.

But the thing I’ve been wrestling with recently is the idea that, when it comes to Kylo Ren, everything Kylo believes is true — from a certain point of view.

Like his grandfather before him, Kylo’s been fed bad information by someone who wants to use him. Palpatine twisted Anakin Skywalker’s perceptions and emotions in ways that led to Anakin becoming Vader, just as Snoke did with a young Ben Solo. We know how Palpatine manipulated Anakin, but there’s a lot we don’t yet know about what Kylo knows or thinks and how he came to know those things.

This is where my “Kylo must die” declaration wobbled.

It’s clear that Kylo Ren has been given faulty or incorrect data. Like the HAL 9000, he’s being told things that go against his original programming and he’s seeing enemies where they don’t actually exist.

But what we have yet to learn is what he actually knows or has been told. Especially when it comes to his grandfather. It’s clear Kylo knows his grandfather was once Anakin Skywalker and became Darth Vader, but when he promises to “Finish what you started”, what does he actually mean?

Vader was once committed to wiping out the Jedi. If that’s what he means, why did he go study with Luke to become a Jedi? Is it bringing balance to the Force? Again, why go study and be part of creating new Jedi?

Does Kylo know that Vader gave his life for Luke? Does he think Luke killed his own father? Does Kylo know Vader died as Anakin Skywalker?

Did Leia tell him who his grandfather was? The events of Bloodlinetell us when Leia’s parentage was finally revealed but had she told Kylo? Did she tell him after the rest of the galaxy found out or did Kylo get the information from Snoke along with any spin Snoke wanted to put on the information?

The question of what Kylo knows and when he knew it gives a new context to all of his actions, no matter how heinous. Up until now, Kylo Ren has been labeled a villain. As a spoiled brat who rages over small things and has no compunction about killing people who get in his way. Diving into the minds of others without consent and taking Rey’s attempts to save him as signals that she wants to rule by his side. 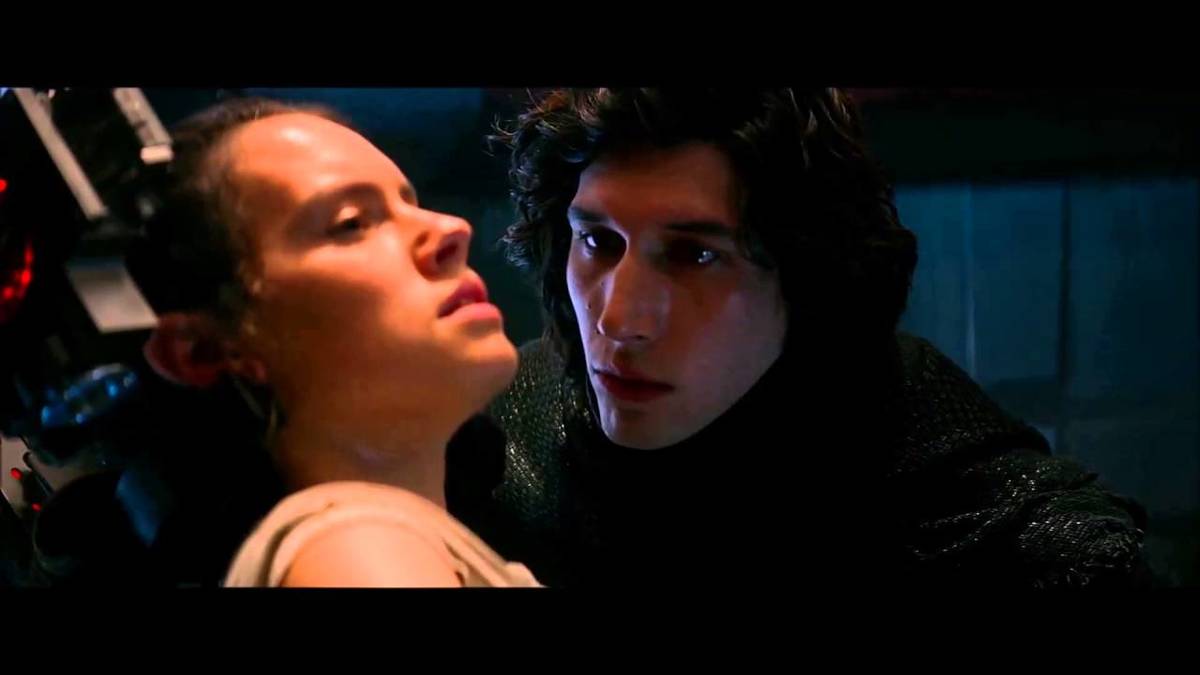 But what if Kylo’s really the tragic hero in all of this? Manipulated by Snoke. Trained to see anyone in his family as someone who hurt him. In desperate need of connection. Lonely. Wrestling with his conscience.

Kylo’s perception of his parents, his upbringing, his uncle, Snoke, Rey, they all come from information he’s been given over the course of his lifetime.

Until we know more about that, it’s premature to decide Kylo’s fate.

Which brings us to Episode 9. Especially when it comes to Leia. We know Leia was supposed to figure prominently in Episode 9. Just as Han and Luke did in 7 and 8. But Carrie Fisher’s death meant changes had to be made.

Recently we learned that JJ Abrams plans to use footage shot during The Force Awakens We’ve been told that this footage is something new. Not outtakes or edited snippets, but footage that was shot as part of the original story.

More and more, I can’t help wondering if that footage is a conversation between Leia and Kylo about his grandfather. It would make sense. It’s a conversation the two would have had at some point and Abrams may have shot it as a flashback for context. If it exists, it could change everything for Kylo and how he sees events going forward. In a sense, that footage can be used in Star Wars: Episode 9 to allow Kylo a chance to rethink everything he’s learned up until now and consider the repercussions of everything he’s done.

The question is how.

Because how he deals with the realization of everything he’s done will tell us what his eventual fate should be.

But the more I think about it, maybe I made a mistake by deciding his fate when he killed his father. Maybe that’s too easy. Too clean.

Vader killing Obi-Wan may have sealed Vader’s fate, but Vader wasn’t the Skywalker at the forefront of the Skywalker Saga in the Original Trilogy. That was Luke. Anakin was the central Skywalker character in the Prequel Trilogy.

In the case of the Sequel Trilogy, as far as I see it, Ben Solo, grandson of Anakin and born of the Skywalker bloodline, is the Skywalker Saga character. That means his actions and fate take on a deeper meaning.

Killing off the last remaining Skywalker at the end of the Star Wars Skywalker Saga is definitely an option. It could happen. But maybe he doesn’t have to die at all. Maybe he’ll live and have to deal with the consequences of his choices one way or another.

We’ve never seen a Star Wars villain decide to turn to the light and live.

Maybe it’s about time we did.